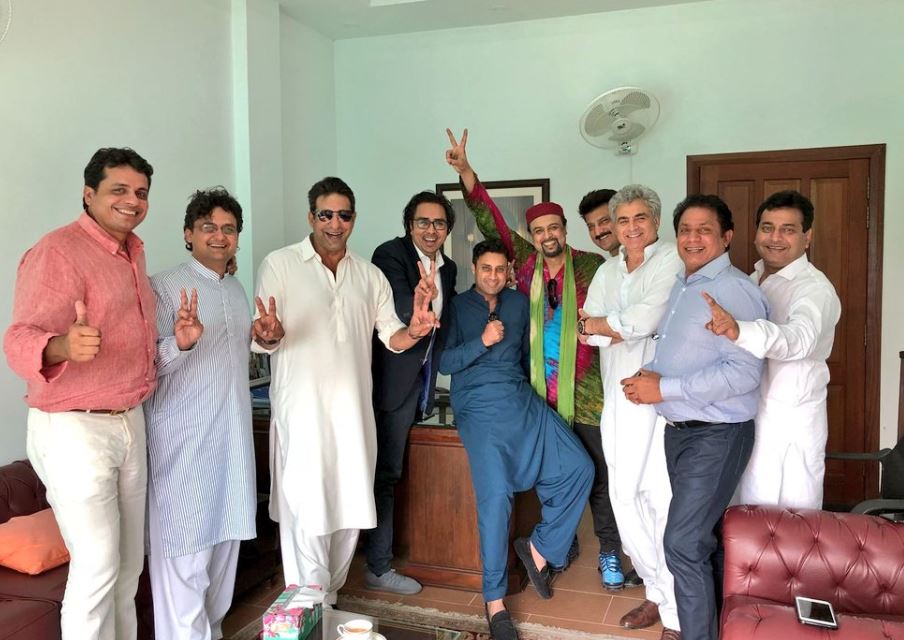 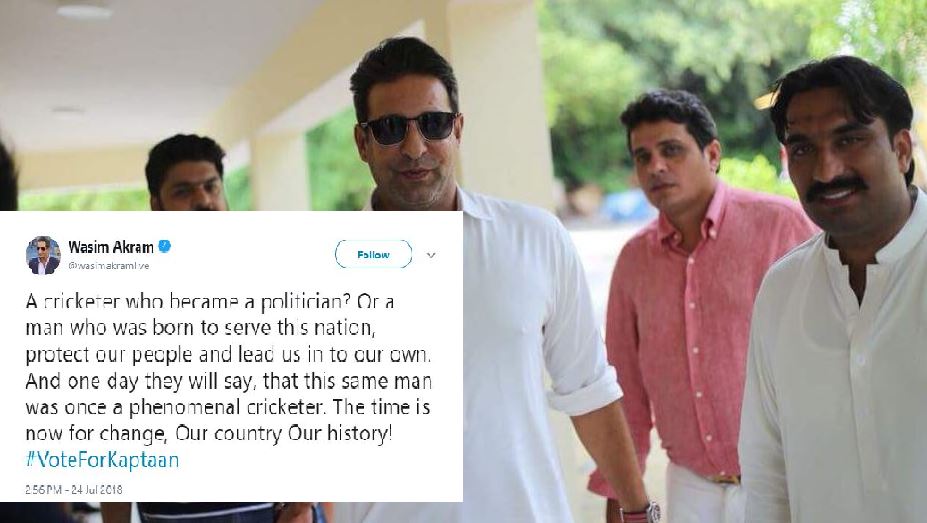 Akram had endorsed his former skipper Khan on social media. He had written “A cricketer who became a politician? Or a man who was born to serve this nation, protect our people and lead us in to our own. And one day they will say that this same man was once a phenomenal cricketer. The time is now for change, Our country Our history! #VoteForKaptaan.” Image: Twitter (@PTIofficial) 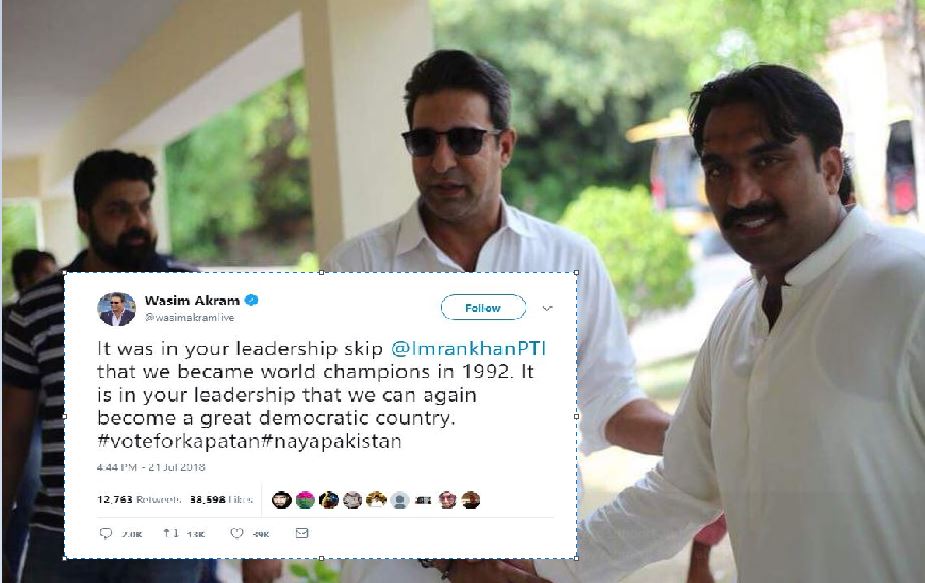 He has been vocal in showing his support to the former cricket star on number of occasions. “It was in your leadership skip Imran Khan that we became world champions in 1992. It is in your leadership that we can again become a great democratic country. #voteforkapatan#nayapakistan (sic)”, Akram stated in one of his tweets. Image: Twitter (@PTIofficial) As per reports Wasim had flown from London to Pakistan just to cast his vote in favour of PTI. Image: Twitter (@PTIofficial) 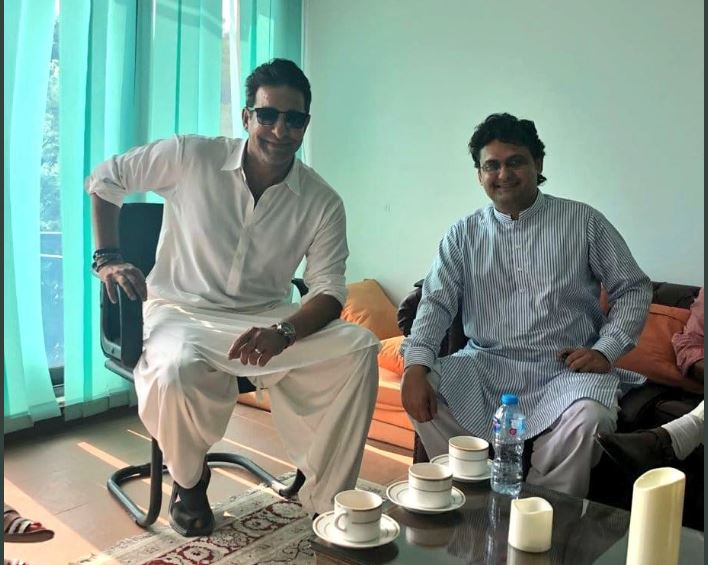 PTI’s official handle shared the pictures of Akram at Imran’s house with a caption: “Channelling 1992 vibes as Wasim Bhai arrives at Bani Gala today to support and congratulate Skipper. Can we just say it’s an emotional and happy moment for us all"/ Image: Twitter (@PTIofficial)