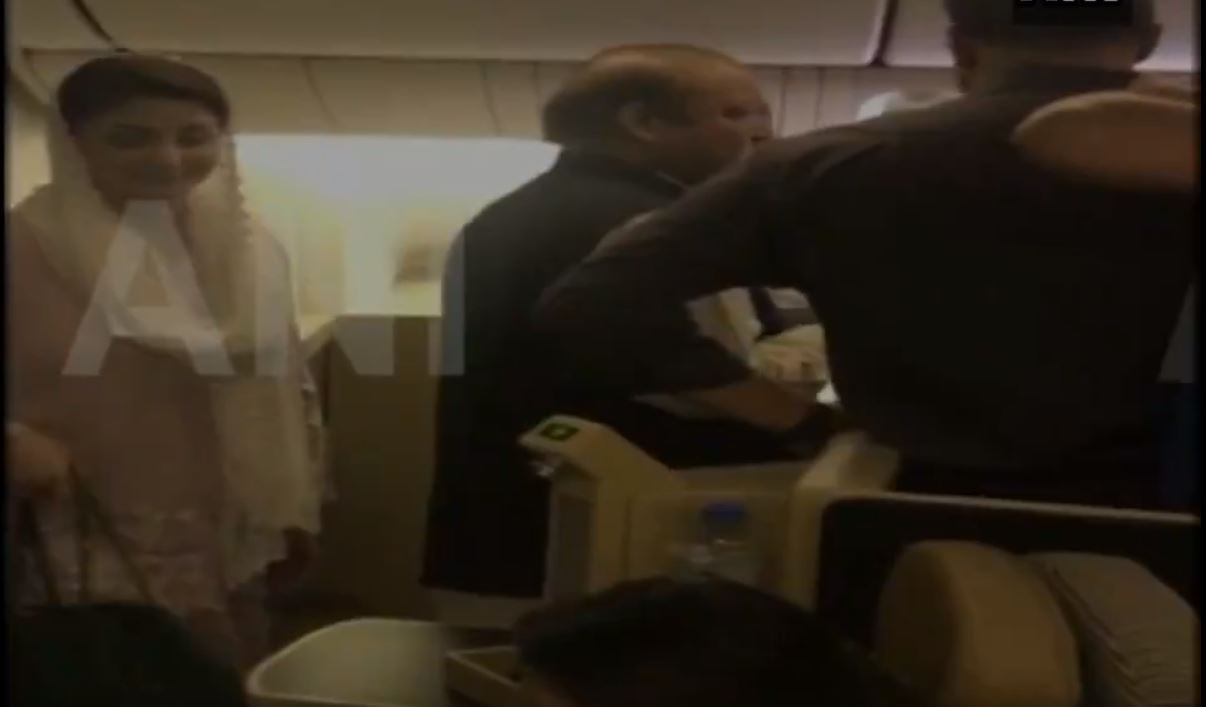 They will be taken in a special aircraft to Islamabad. /Image courtesy: ANI 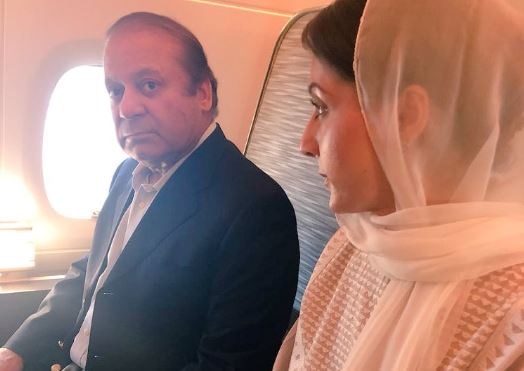 After landing, at the Business Class Lounge of Abu Dhabi Airport, Nawab said: “I am doing what I should do, I am taking my struggle forward. I am going to Pakistan, but what credibility is now left of the elections? Who will believe the results?” He further said: “"I am coming back for the future generations of Pakistan. Mein karz chukane aa raha hun jo mujh par wajib hai." 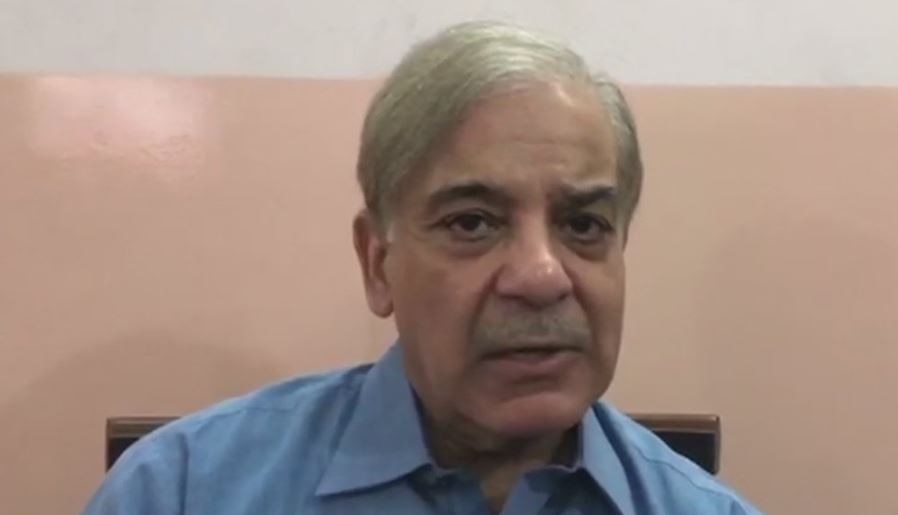 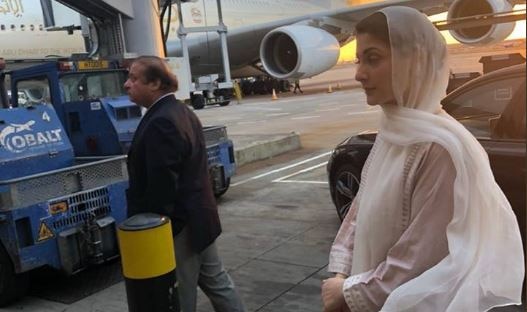 Nawaz Sharif & his daughter Maryam Nawaz Sharif landed at UAE's Abu Dhabi International Airport. As per reports, Nawaz and Maryam will land at Lahore in Pakistan in the evening, where they will be arrested at the airport. They will then be taken to Islamabad. They would be kept at Adiala jail for 1 day, then would be transferred to Attock Fort. (IMAGE: @MaryamNSharif) 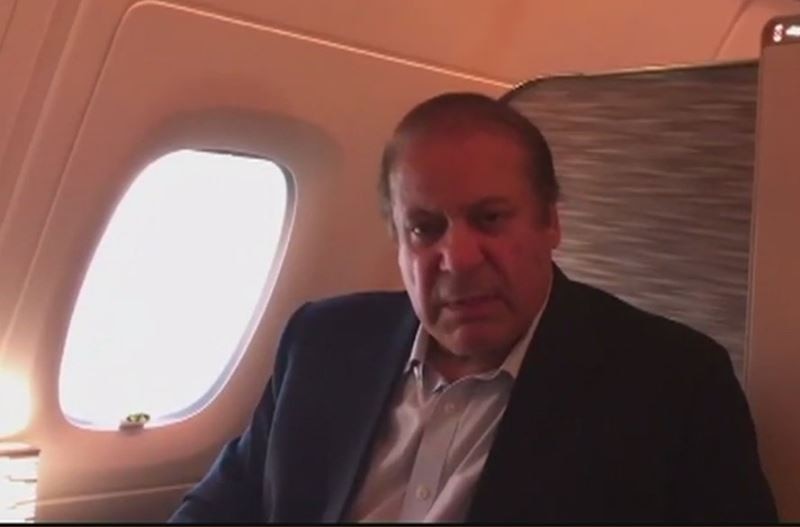 "Told my kids to be brave in the face of oppression. But kids will still be kids. Goodbyes are hard, even for the grownups," tweeted Pakistan Muslim League-Nawaz (PML-N) leader Maryam Nawaz Sharif. (IMAGE: ANI) 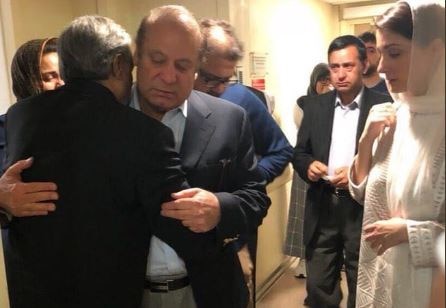 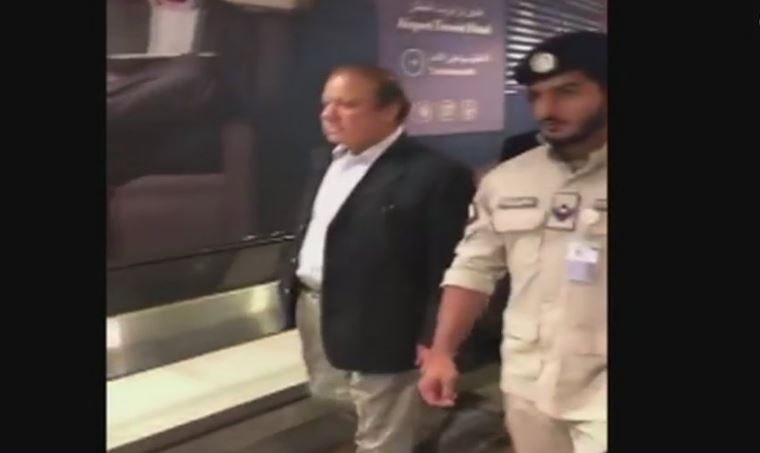 They are being brought to Lahore, Pakistan in Etihad EY 243 Abu Dhabi to Lahore flight. (IMAGE: ANI) 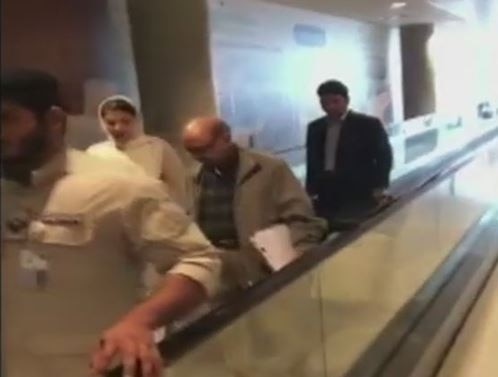 Around 10,000 police officers have been deployed across the city to maintain law and order. (IMAGE: ANI) 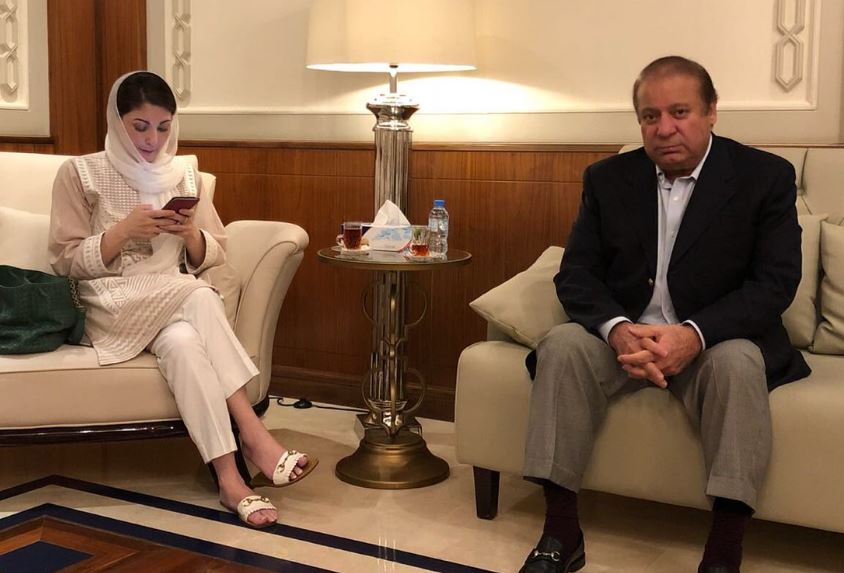 The anti-graft body - National Accountability Bureau (NAB) - chairman Javed Iqbal has ordered taking all necessary measures to arrest Sharif and Maryam upon their arrival at the airport. (IMAGE: ANI) 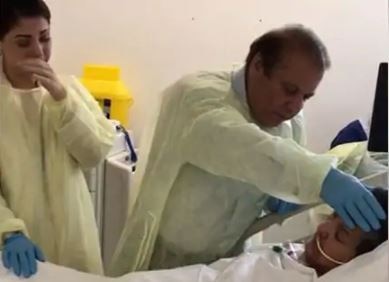 Sharif, who was disqualified by the Supreme Court last year in the Panama Papers case, is now the supremo of the PML-N. (IMAGE: ANI) 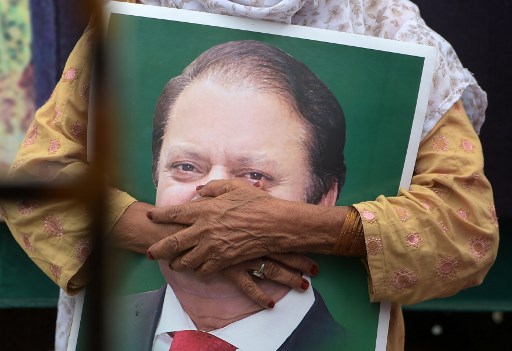 A supporter of ousted former Pakistani prime minister Nawaz Sharif holds his picture at the venue where his younger brother Shahbaz Srarif will lead a rally. (IMAGE: AFP) 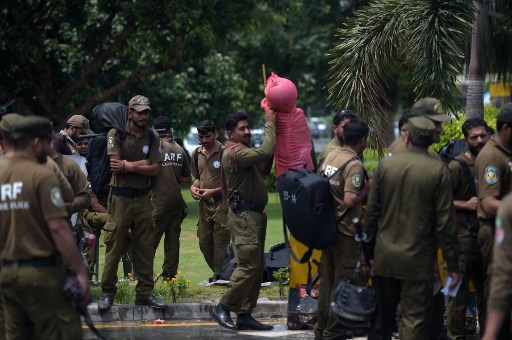 A 16-member team to arrest them and shift them to Adiala Jail Rawalpindi after producing them at the accountability court that sentenced the father-daughter duo last week. (IMAGE: AFP) 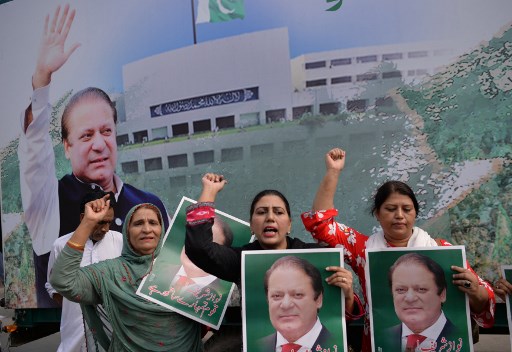 According to sources, the Cabinet Division has allocated two helicopters - reserved for the prime minister - to NAB to shift Sharif and his daughter to jail from the airport. (IMAGE: AFP)