IN PICS: Raveena Tandon and daughter Rasha make a stylish appearance at the airport! 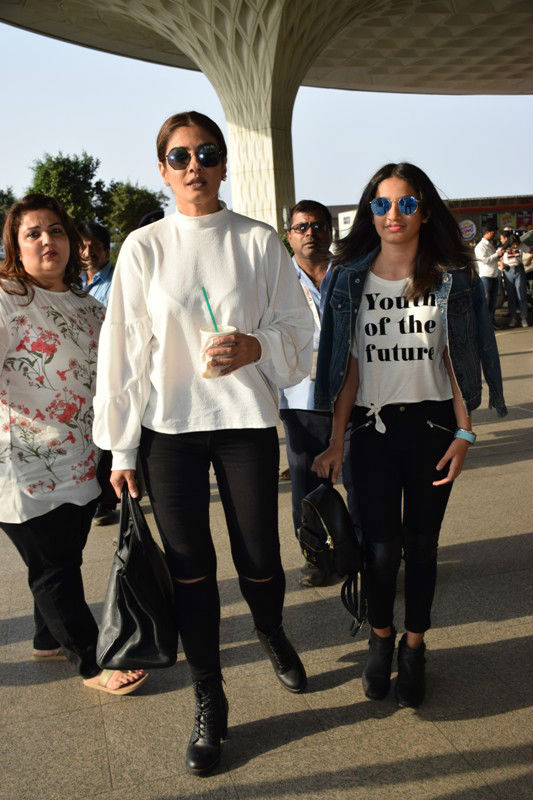 Bollywood actress Raveena Tandon on Tuesday was snapped with her daughter Rasha Thadani at the Mumbai airport. 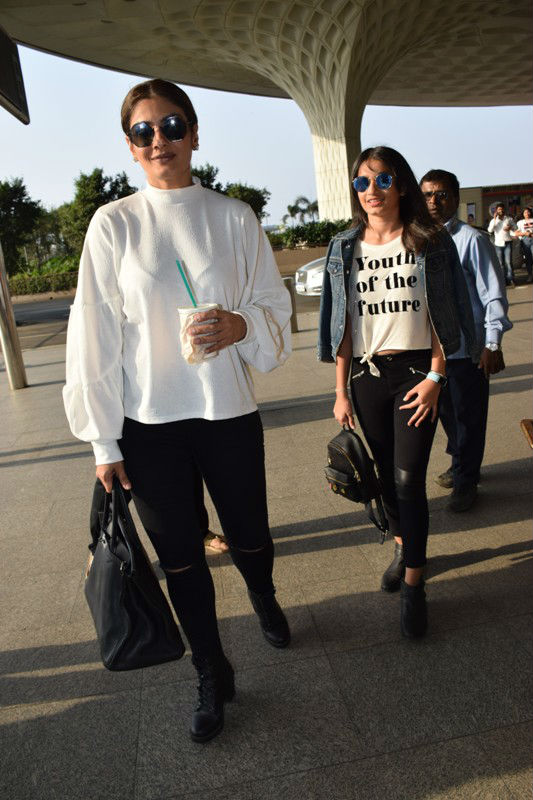 The mother-daughter duo was on their way to Dubai. 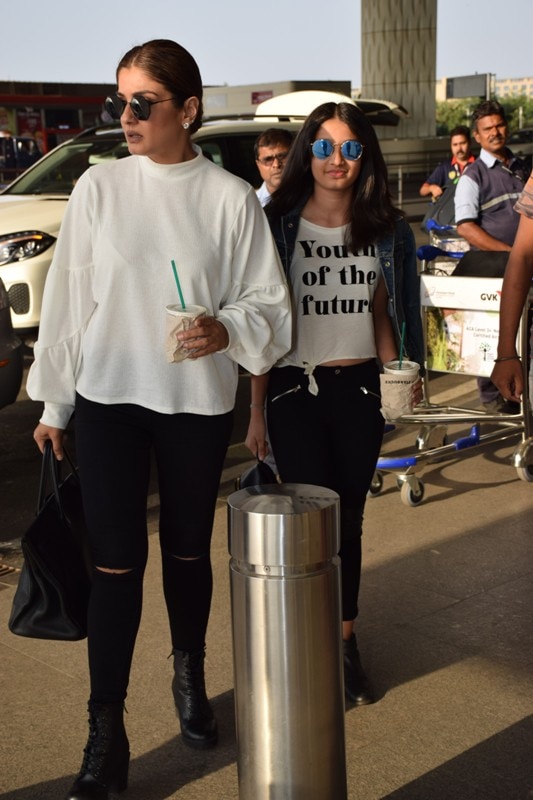 Yummy-mummy Raveena was seen in a white sweatshirt with polo neckline and black ripped jeans. 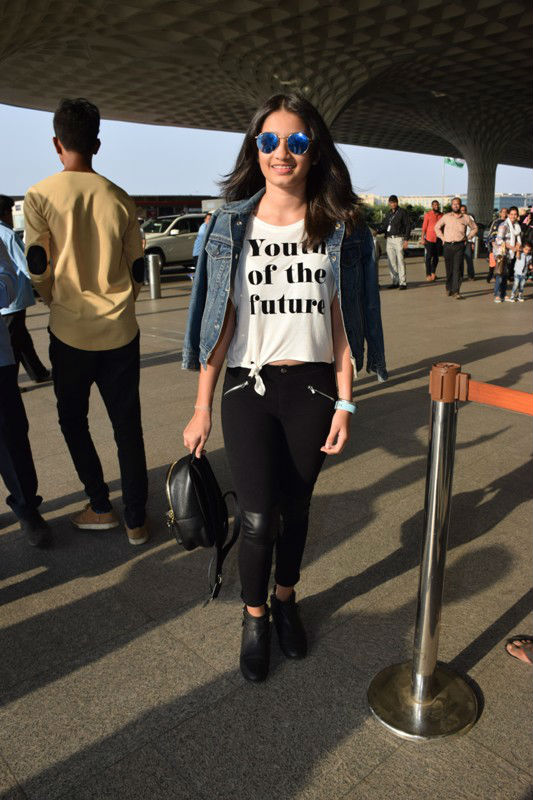 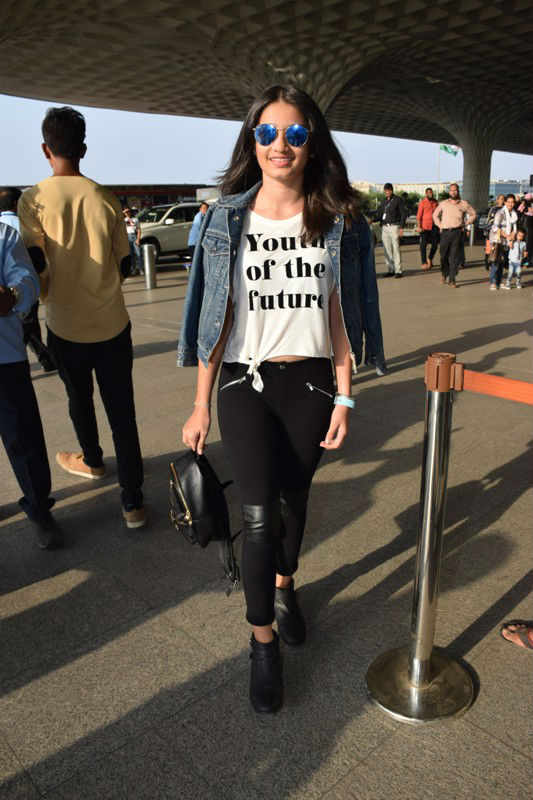 Raveena's daughter Rasha looked cool a white tee which she tied up in the front and black jeans. Denim jacket, black booties and blue sunglasses that completed her look. 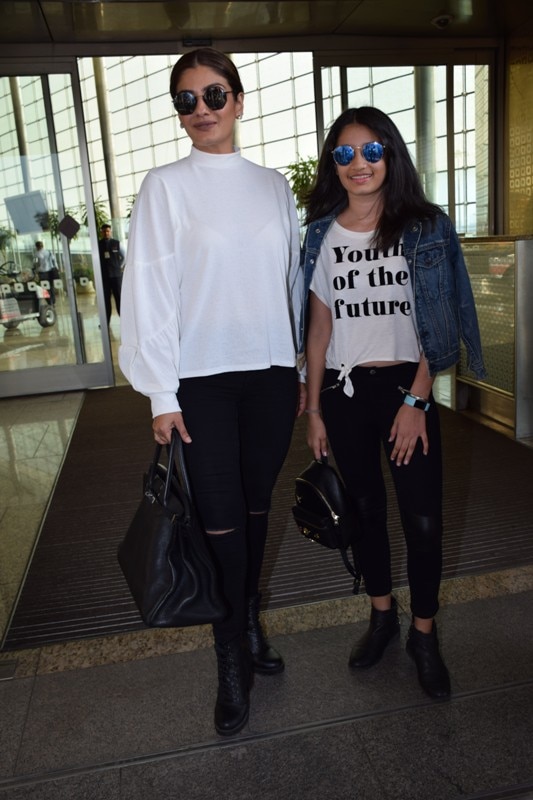 They were all smiles posing for the shutterbugs present over there. 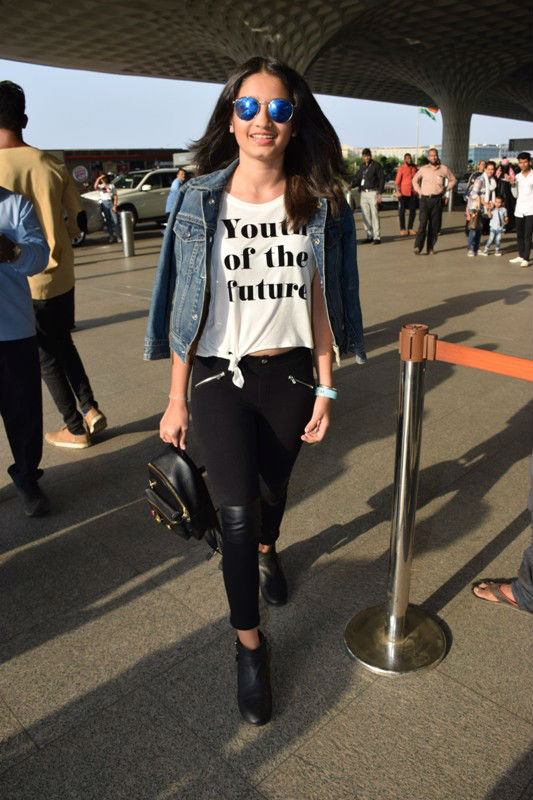 Unlike other popular Bollywood starkids, Rasha is rarely seen in public 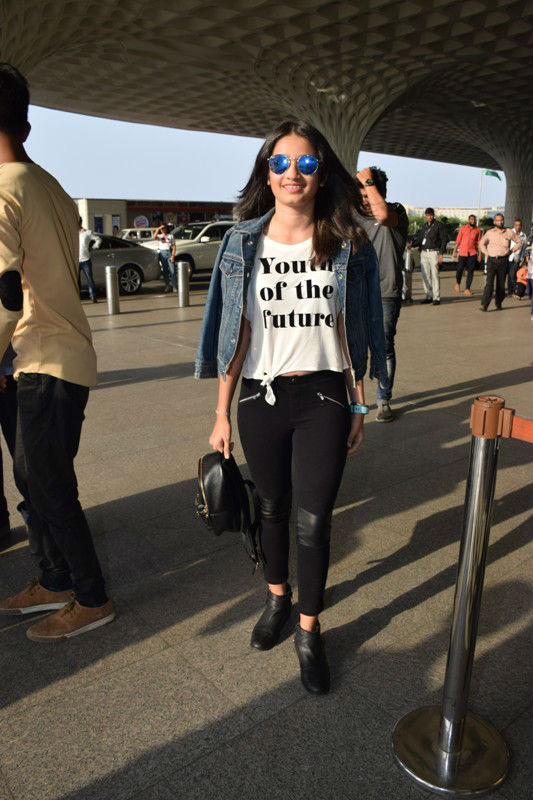 The pretty girl flashed her million dollar smile at the airport!