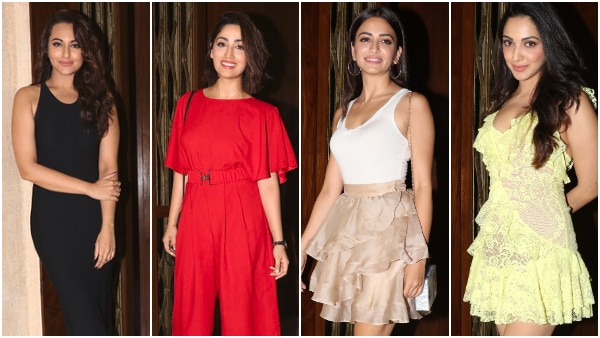 Popular designer Manish Maholtra threw a bash for his industry friends at his residence on Wednesday (August 15). Our favourite Bollywood divas attended the bash and looked simply stunning. 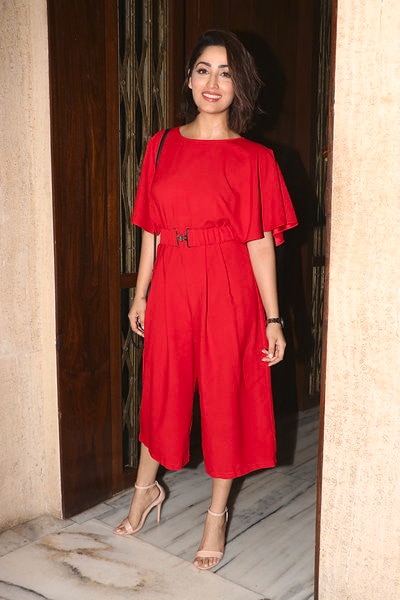 Yami Gautam, who will be next seen in ‘Batti Gul Meter Chalu’, looked pretty in a red dress, giving us some serious fashion goals. 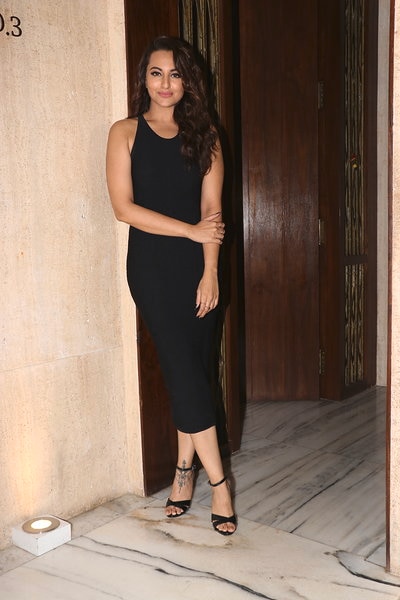 Sonakshi Sinha, who is currently busy promoting her film ‘Happy Phirr Bhag Jayegi’, looked beautiful as ever in a black dress. Karisma Kapoor, who is rumoured to be making her digital debut soon, looked gorgeous in a pink top and black denim. 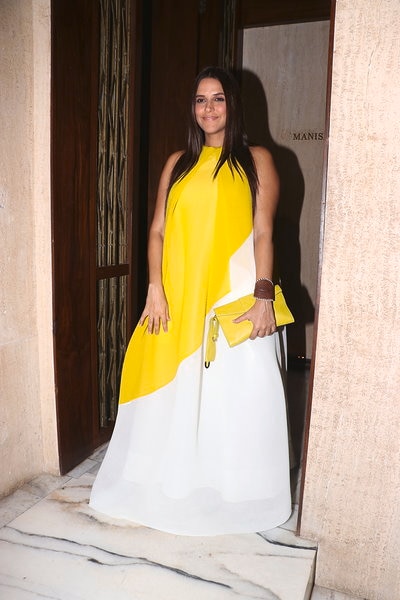 Neha Dhupia, who recently returned to the city after enjoying a vacation with hubby Angad Bedi, opted for yellow and white gown and looked pretty as ever. 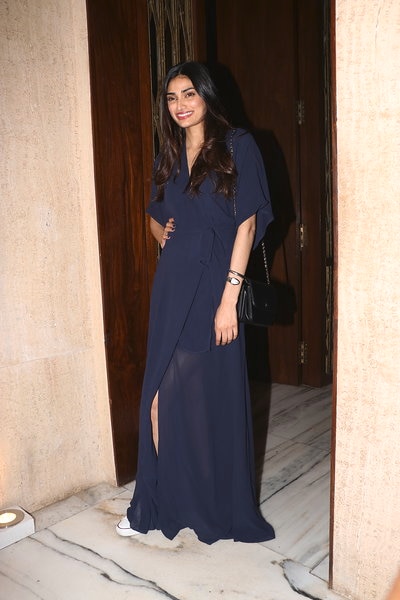 Athiya Shetty rocked the blue dress and was all smiles while posing for the paps. Kiara Advani, who will be next seen in Karan Johar's 'Good News', made a stylish appearance. Miss World 2017 Manushi Chillar opted for a casual look but still looked pretty. Her million dollar smile is her big asset, we believe so! 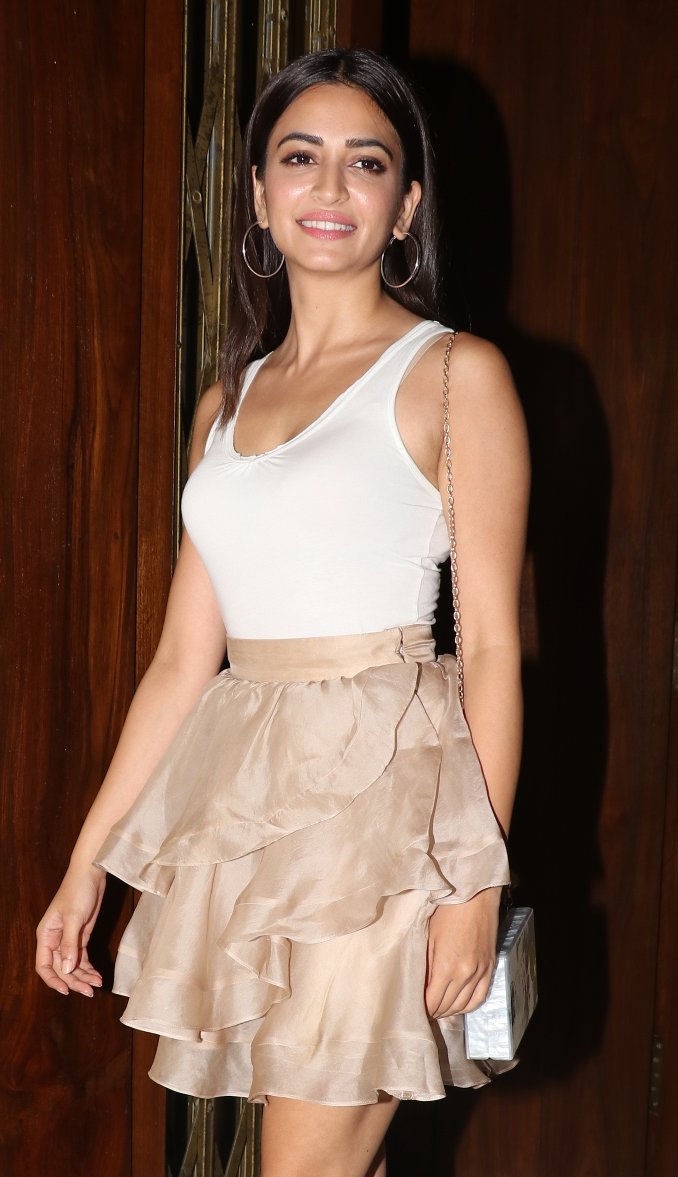 Kriti Kharbanda, who will be next seen in 'Housefull 4', made several hearts skip a beat with her stylish dress. 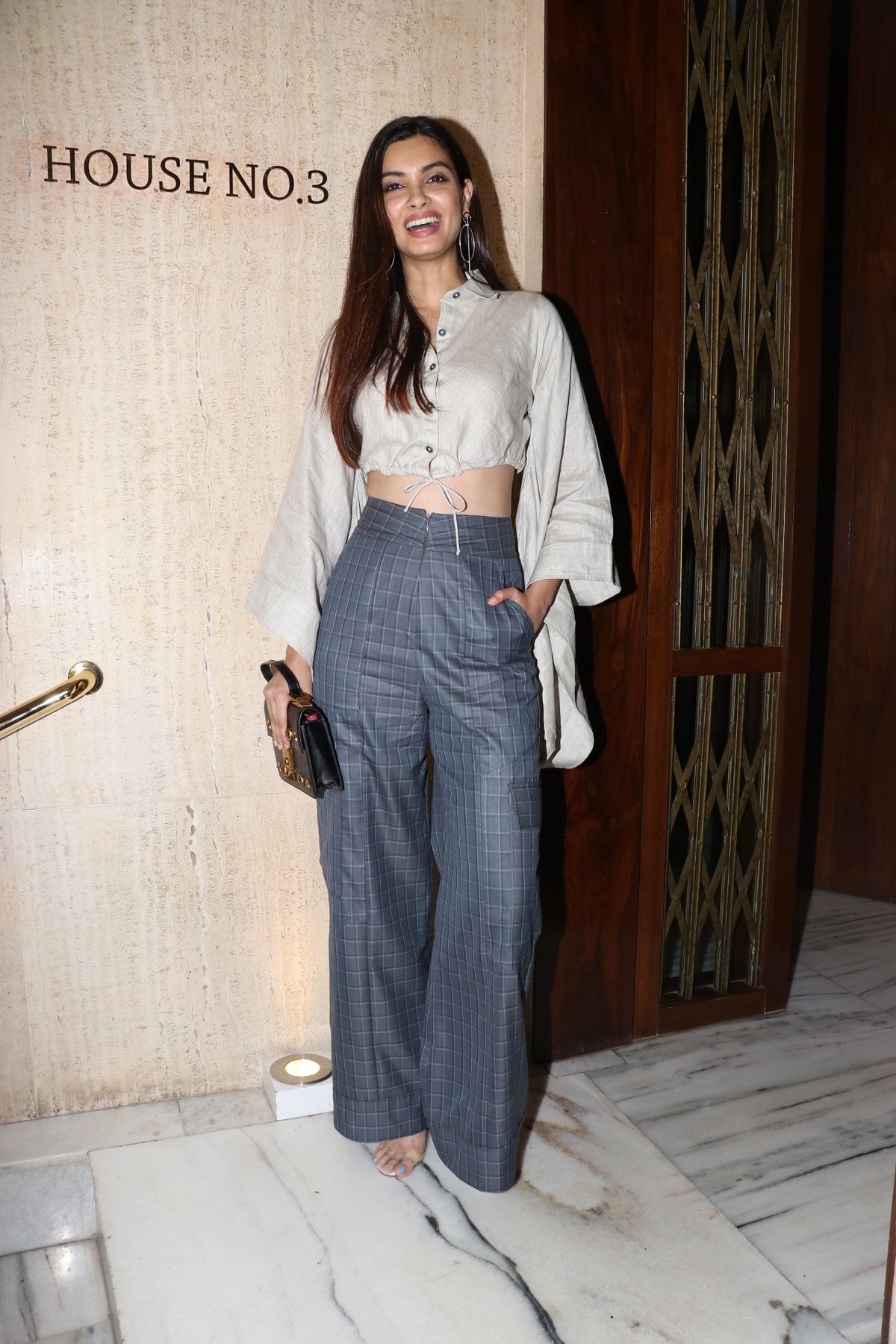 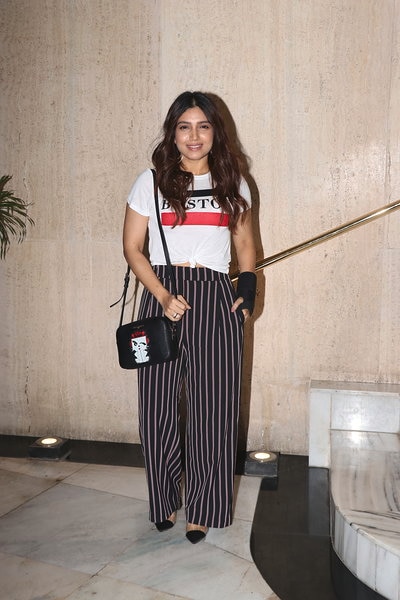 Bhumi Pednekar, who will star in Karan Johar's 'Takht', opted for a casual look for the bash. (ALL PICS CREDIT- Manav Manglani)