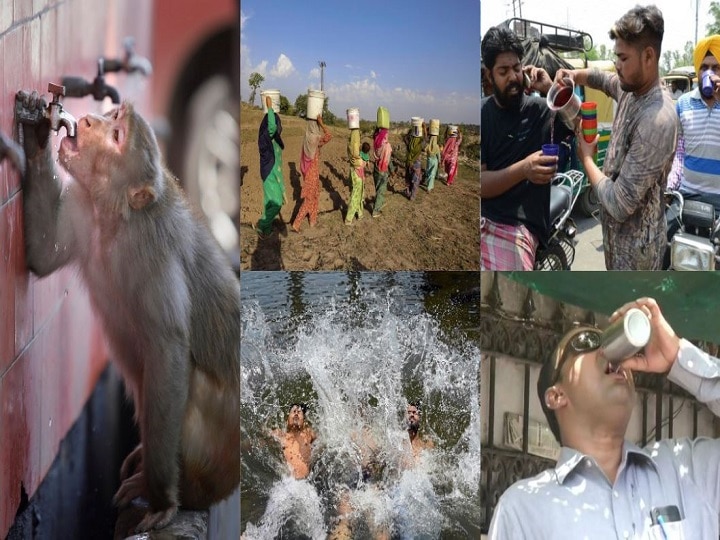 Scorching heatwave conditions gripped large swathes of the country as the mercury crossed the 50-degree mark in Rajasthan's Churu, while several other places endured maximum temperatures markedly above normal with the weatherman saying there will be no respite until next week. 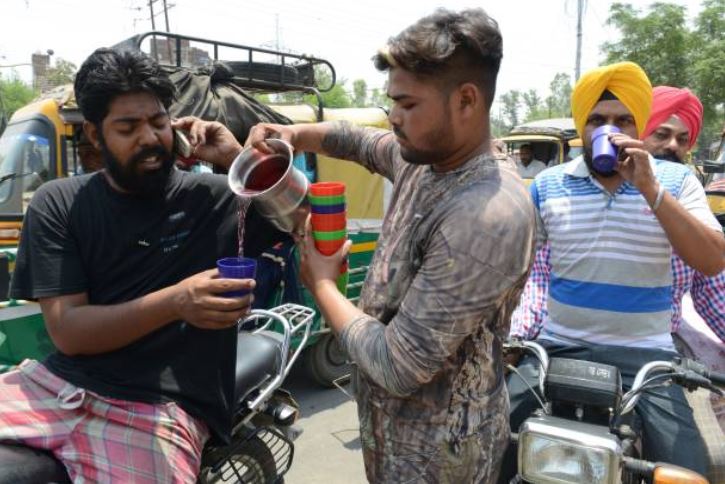 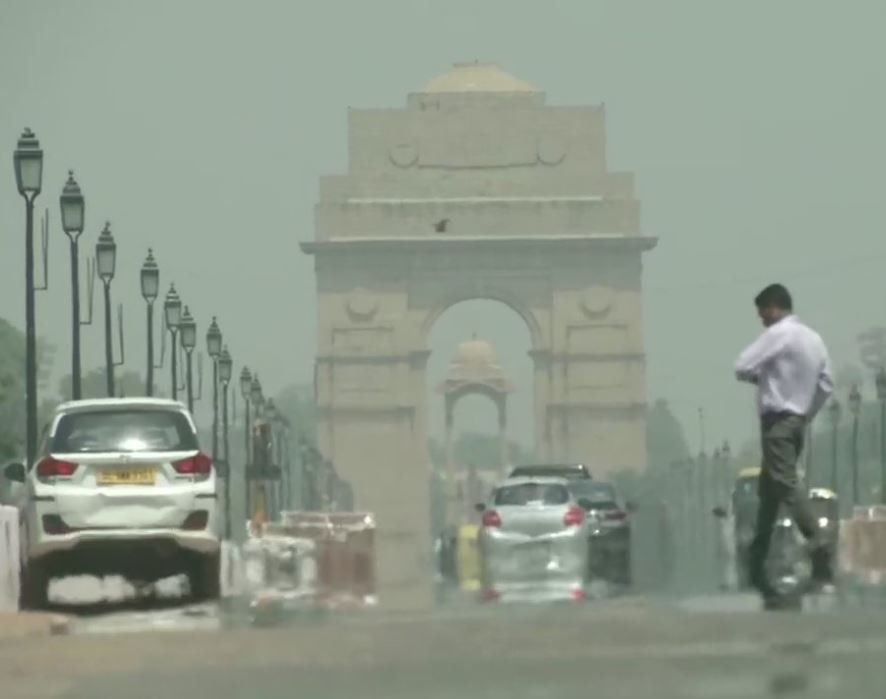 The national capital battled weather conditions in the "red category" as the maximum temperature recorded at the Palam observatory was 46.1 degrees Celsius, according to the India Meteorological Department. The Safdarjung observatory recorded a maximum of 43.5 degrees Celsius. (ANI) 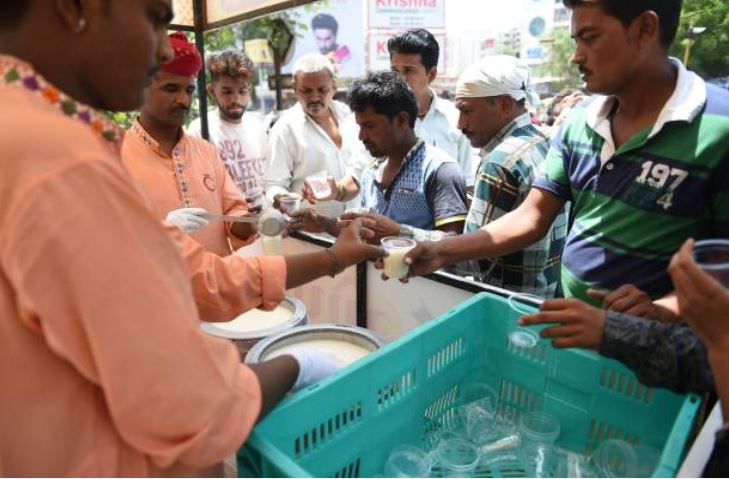 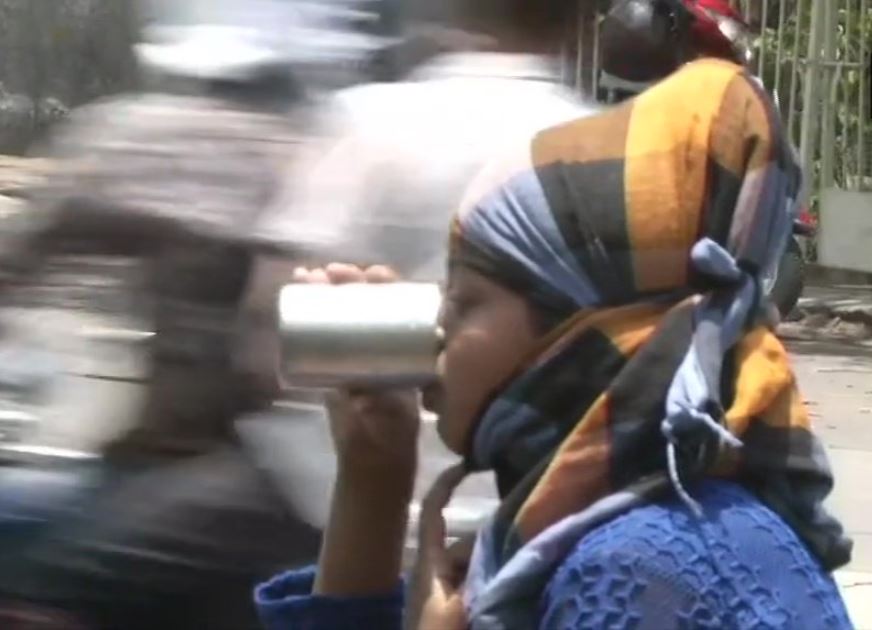 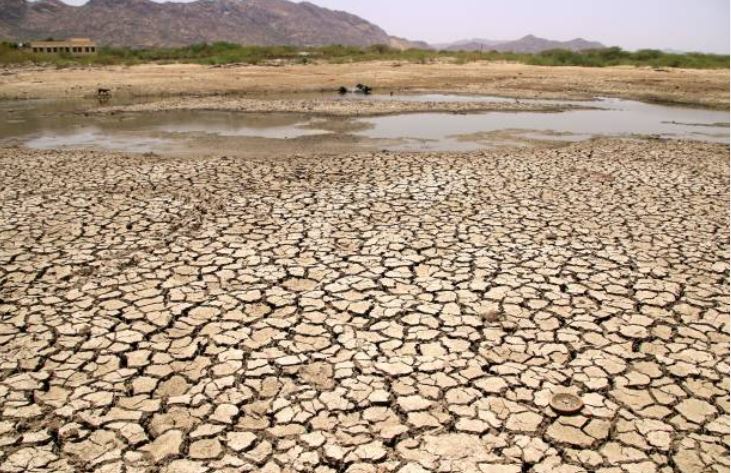 A general view of a lake running dry on a hot summer day near Ajmer. (AFP/Getty Images) 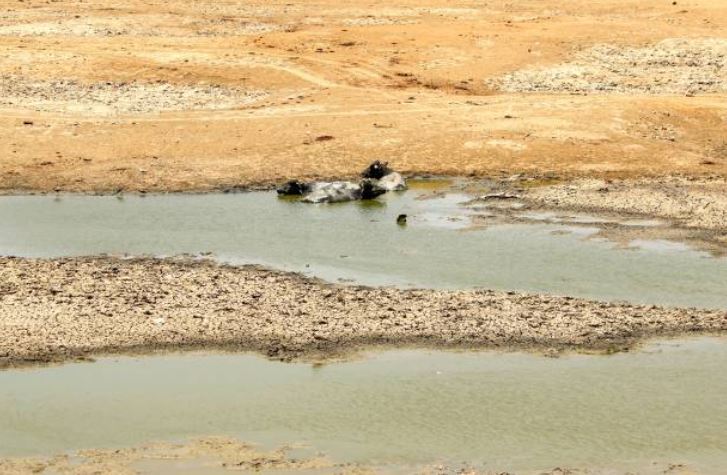 Buffaloes lie down in a lake running dry to cool themselves off on a hot summer day near Ajmer. (AFP/Getty Images) 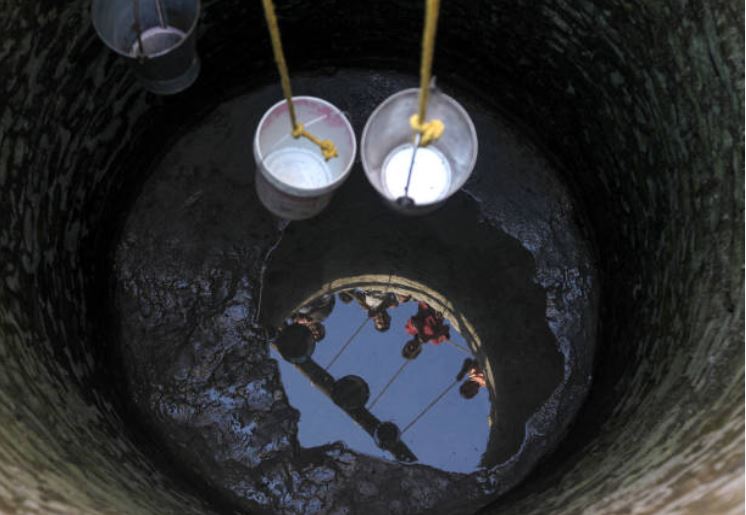 Villagers take buckets down a well running dry to collect drinking water at Padal village of the district of Samba, some 45 km from Jammu. (AFP/Getty Images) 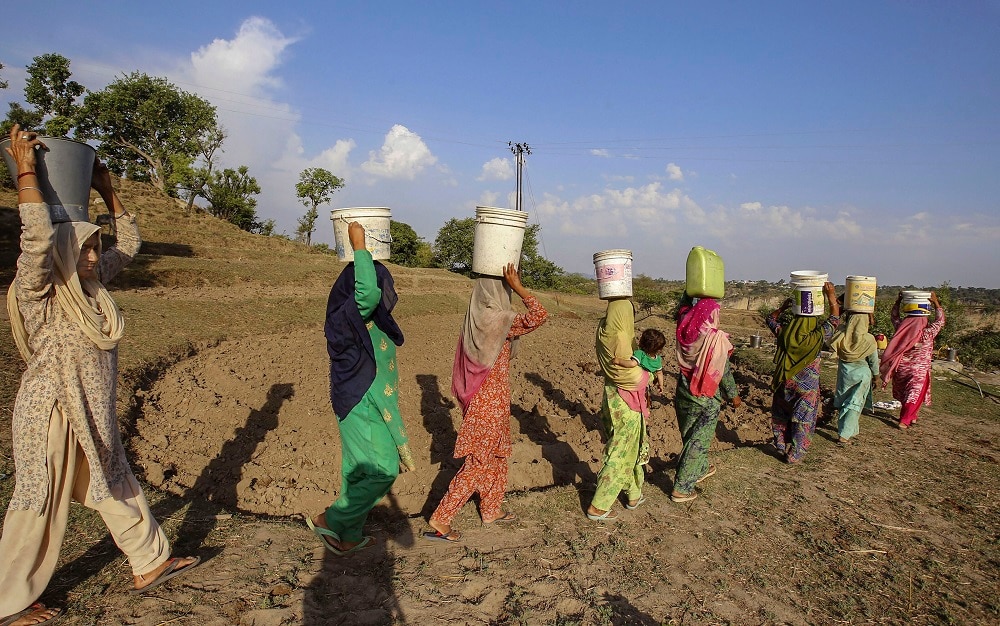 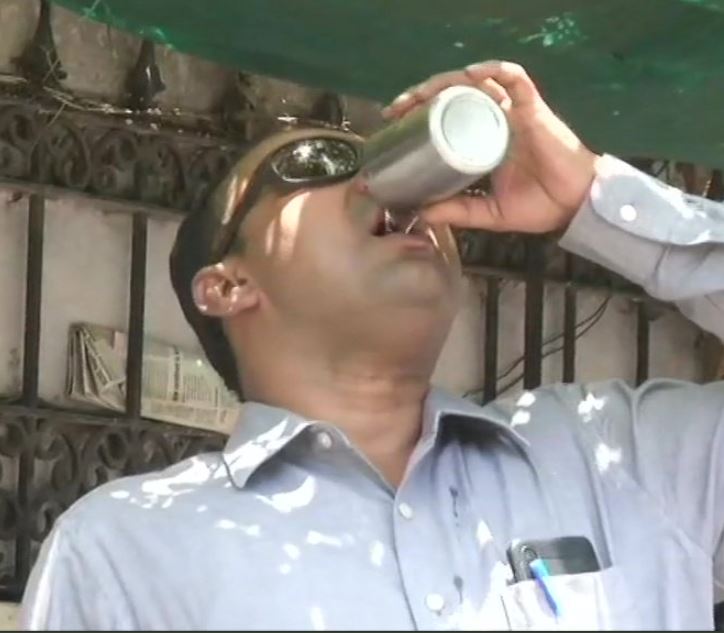 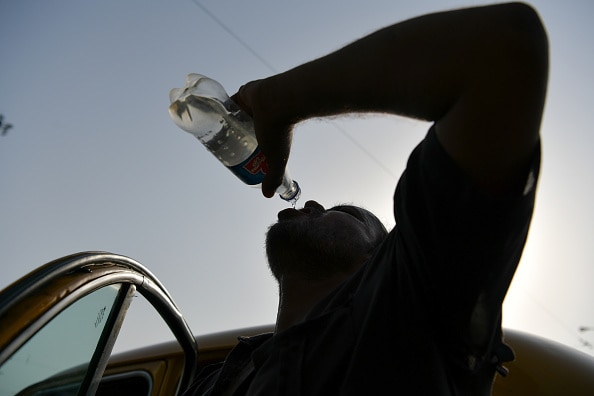 A cab driver is seen quenching his thirst on a hot summer afternoon. (Getty Images) 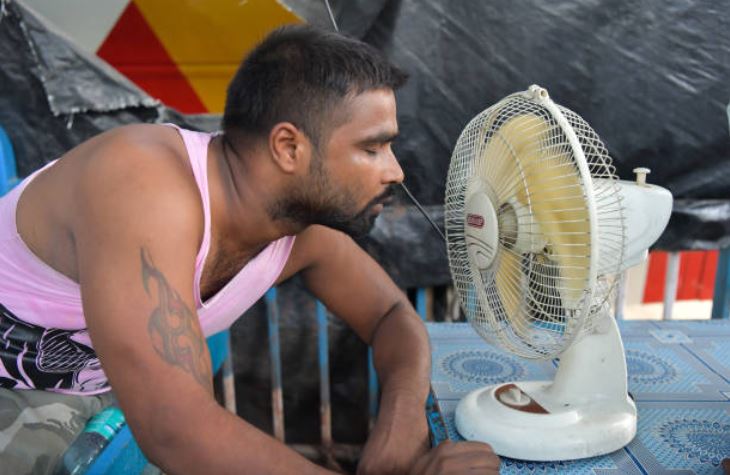 A man is seen taking a break from work cooling himself down by a fan. With maximum temperature near 39°C, high humidity and heat wave from central India and Chhotanagpur, discomfort index is shooting up to the seasons high in Kolkata and other districts of West Bengal. (Getty Images) 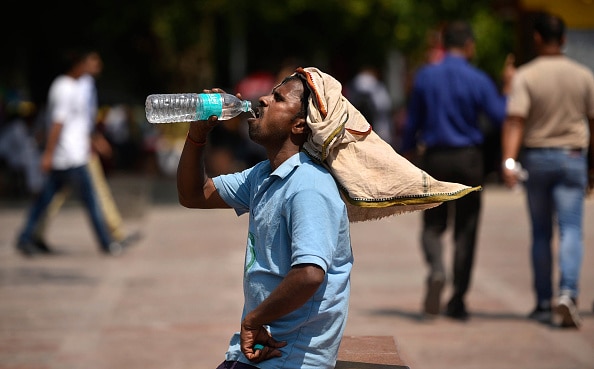 Girls cover their face to protect themselves from the scorching sun and heat waves, on a hot summer day, at Connaught Place. (Getty Images) 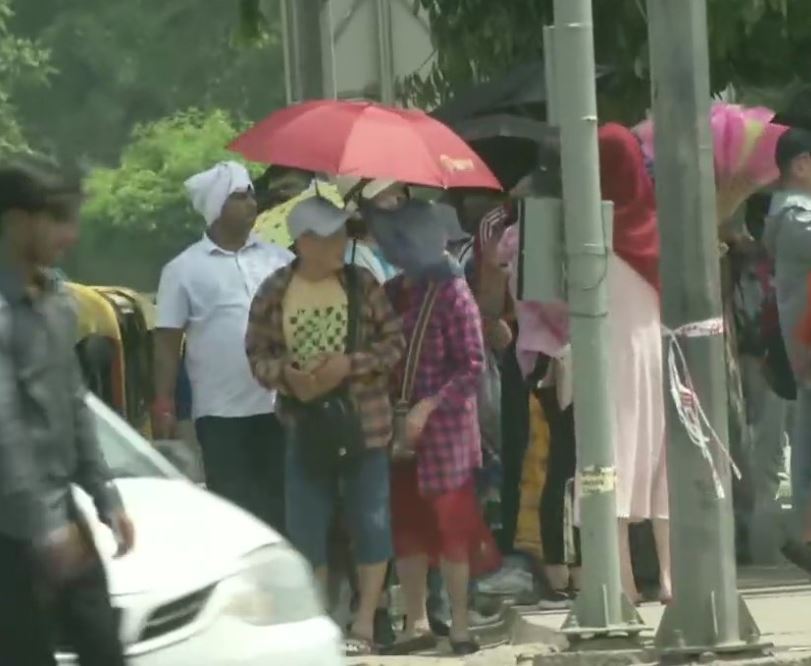 The heatwave condition continued to prevail in western part of Odisha while the coastal region encountered high humidity levels as 10 places in the state recorded maximum temperatures above 40 degree Celsius on Saturday, IMD sources said. 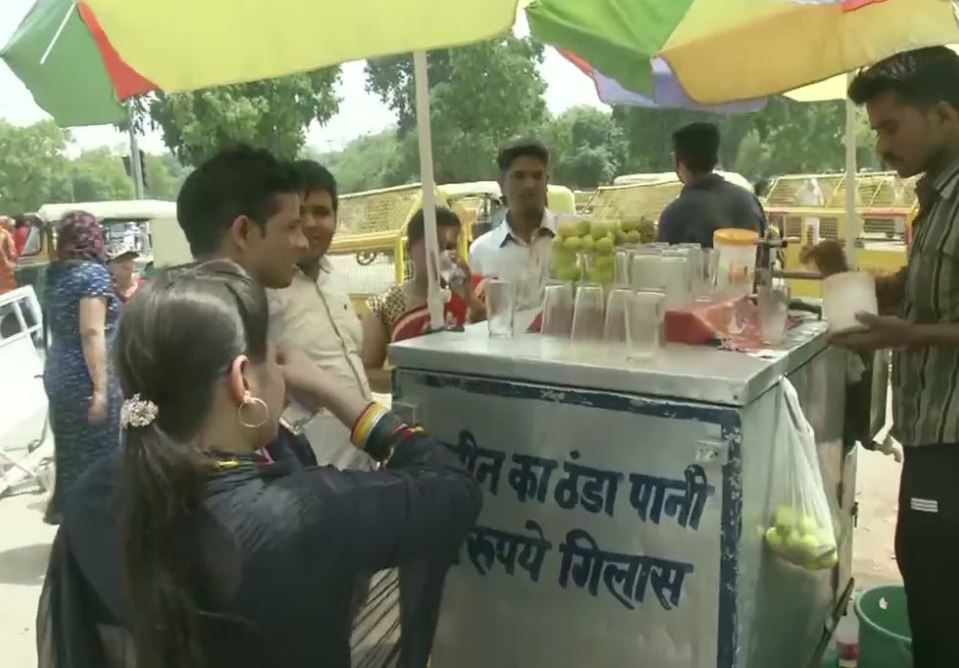 In Uttar Pradesh, the highest maximum temperature was recorded in Banda at 48.4 degrees Celsius. Several areas in the state reeled under heatwave conditions. (ANI) 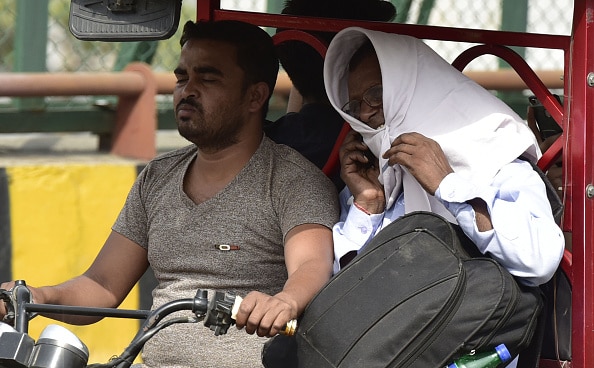 A man covers himself to beat the heat on a summer day, as temperatures reaches 45 degree Celsius in Noida. (Getty Images) 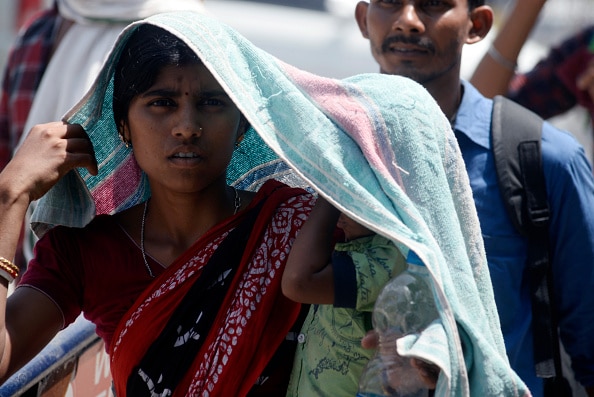 Woman covers her and child with towel to guard himself from scorching sun during hot summer afternoon. (Getty Images) 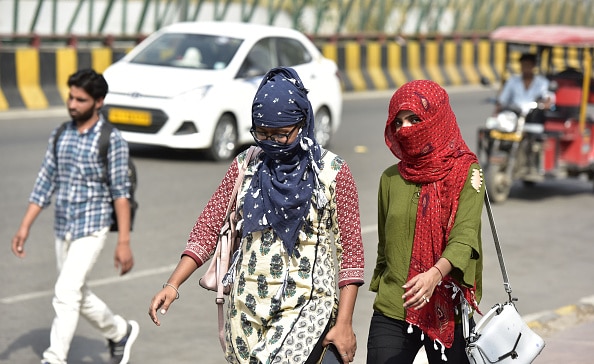 People cover themselves to beat the heat on a summer day, as temperatures in the capital reach 45 degree Celsius in Noida. (Getty Images) 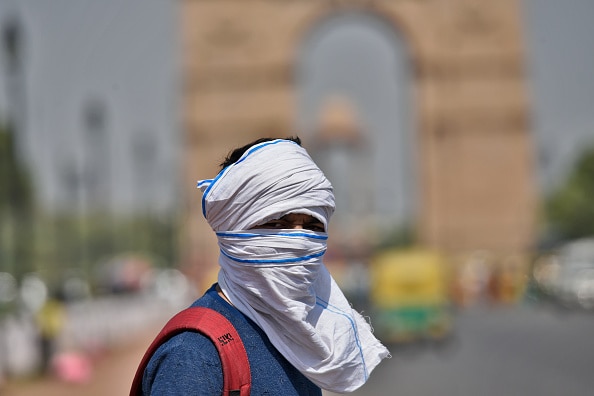 A man covers his head with a cloth to protect himself from the scorching heat wave as mercury touched 44 degree celsius, at Rajpath in New Delhi, India. (Getty Images) 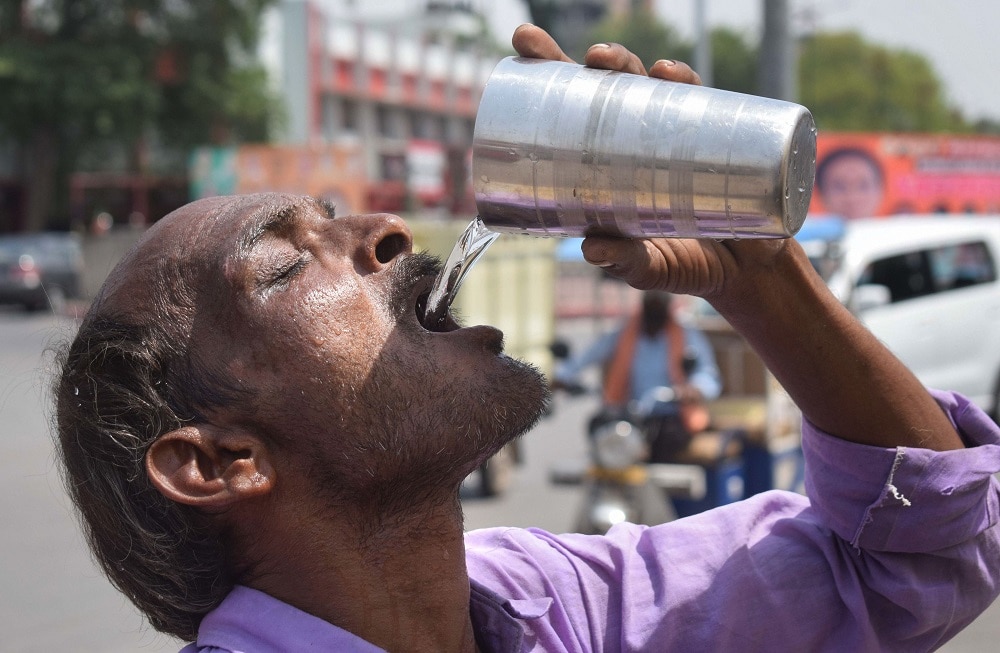 A man drinks water on a hot, summer day, in Prayagraj. (PTI Photo) 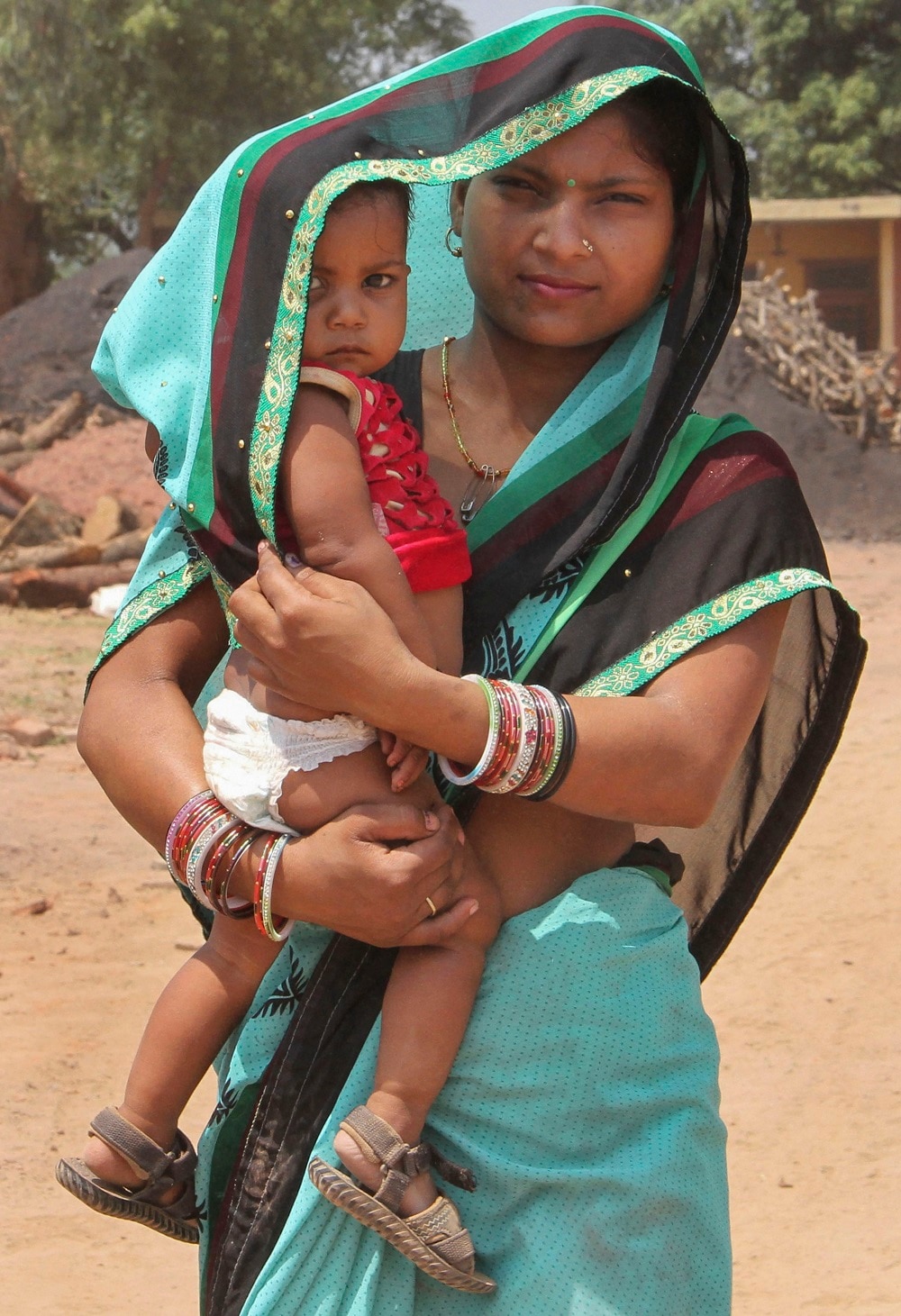 A woman with her child covers their faces to save themselves from scroaching heat on a hot, summer day, in Jammu. (PTI Photo) A woman covers her head with a scarf to protect herself from the scorching sun, as temperatures in the capital reach 45 degree Celsius in New Delhi. (Getty Images) 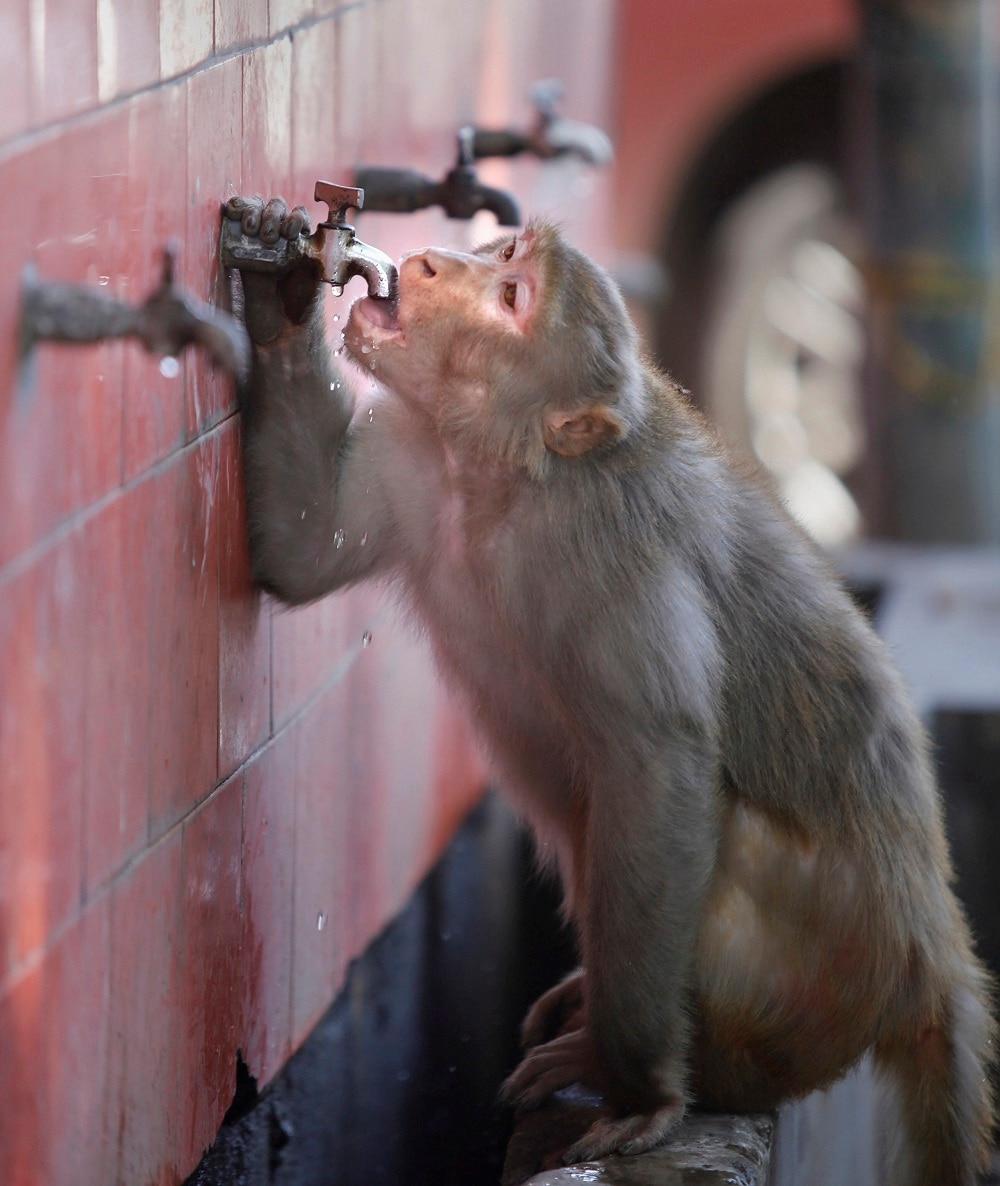 A monkey drinks water from a tap on a hot, summer day as temperature soars, in Jammu. (PTI Photo) 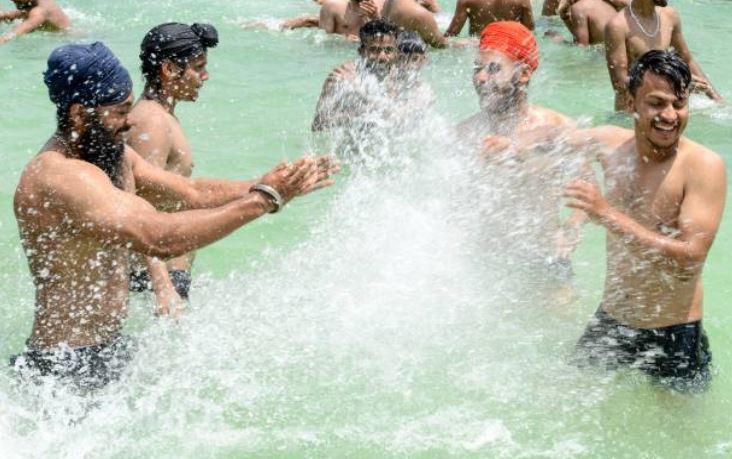 Youths play in a swimming pool on a hot summer day on the outskirts of Amritsar. (Getty Images) A young Kashmiri boy jumps into a pond as boys cool off on a hot afternoon in Srinagar, Indian administered Kashmir. The heat wave continued in Srinagar city with mercury soaring above normal temperature and no immediate respite predicted by the Weather Department. (Getty Images) Young girls take bath from a municipal water pump to cool off themmselves during a scorching hot day in Allahabad. (Getty Images) 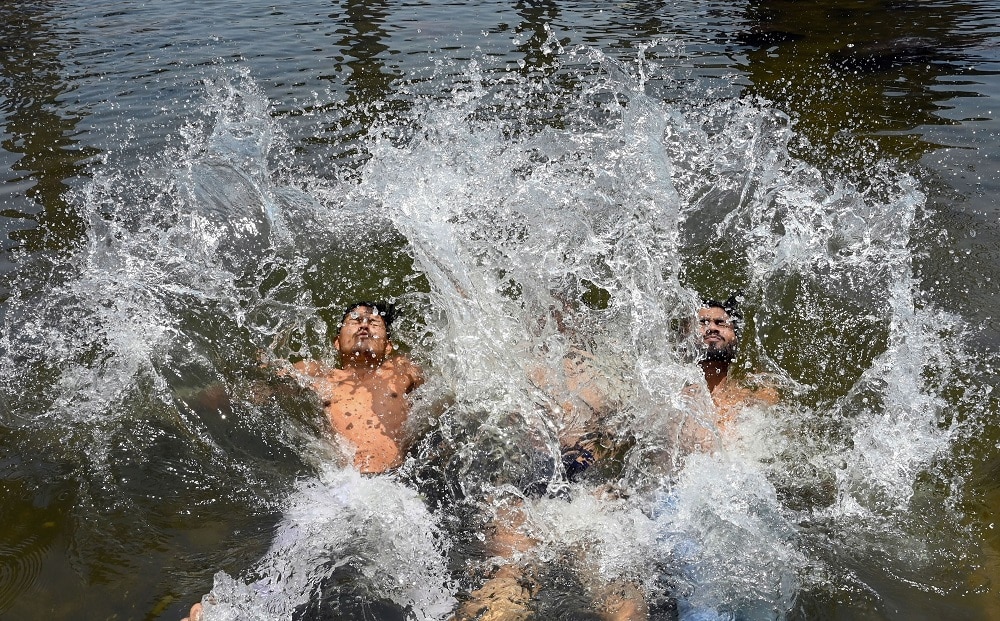 Young boys take a dip in Narmada river to cool off as temperatures soars on a hot, summer day, in Jabalpur. (PTI Photo)