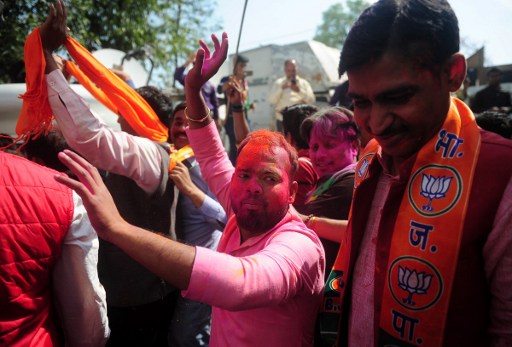 Proving wrong fears of a hung assembly, the BJP was set to sweep back to power in Uttar Pradesh on Saturday after 15 long years, giving Prime Minister Narendra Modi his biggest victory after the 2014 Lok Sabha polls. BJP supporters celebrating victory in Lucknow. PIC/AFP. 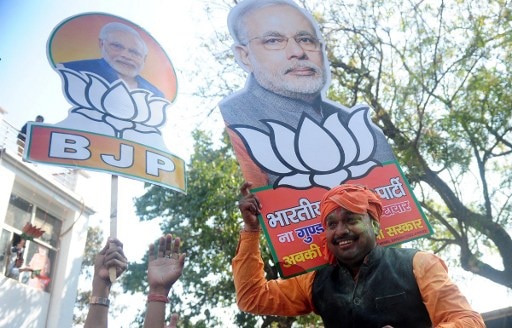 Powered by an aggressive campaign spearheaded by Modi, BJP candidates were on the road to victory in a whopping 306 of the 403 constituencies as officials counted the millions of votes polled in the staggered election. The imminent victory triggered widespread celebrations all across the country's most populous state as well as at the BJP headquarters in Delhi. PIC/AFP. 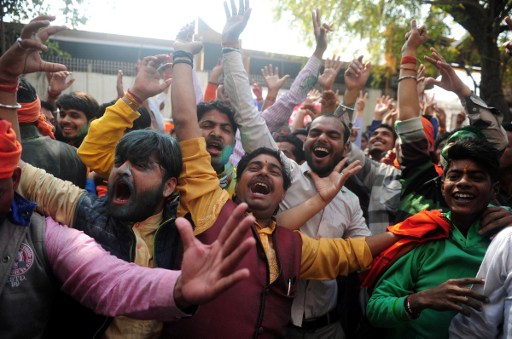 As the Samajwadi Party, the Congress and the Bahujan Samaj Party (BSP) licked their wounds, Bharatiya Janata Party leader and central Law Minister Ravi Shankar Prasad called the win in UP bigger than the 2014 victory. PIC/AFP. 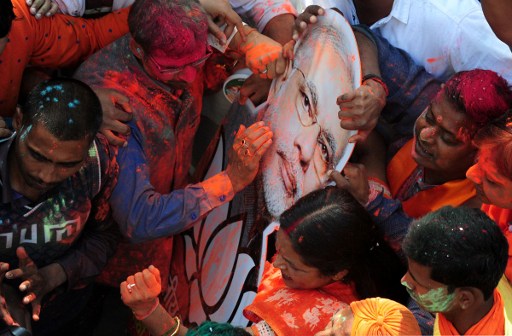 Even in Amethi, Congress Vice President Rahul Gandhi's Lok Sabha seat, the BJP's Garima Singh had forged ahead. After more than three hours of vote count that began at 8 a.m., the Samajwadi-Congress alliance was in the lead in 71 constituencies while the BSP was gasping in just 17 seats. PIC/AFP. 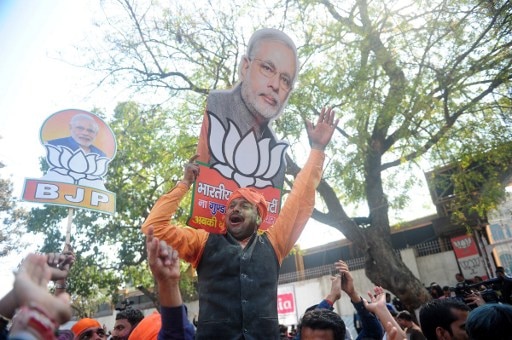 Election officials said the BJP began taking strong leads right from the start of the counting and it became clear within an hour that it was set to comfortably take power in Uttar Pradesh. PIC/AFP. 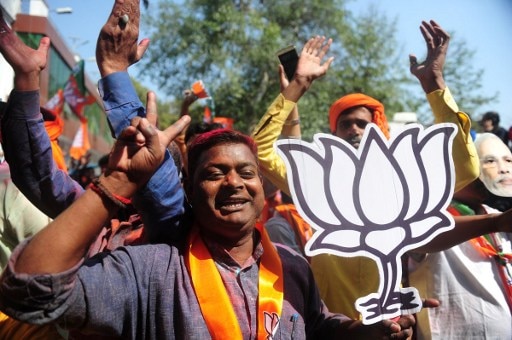