In Pictures: Karunanidhi Laid To Rest At Marina Beach By His Mentor Annadurai's Side 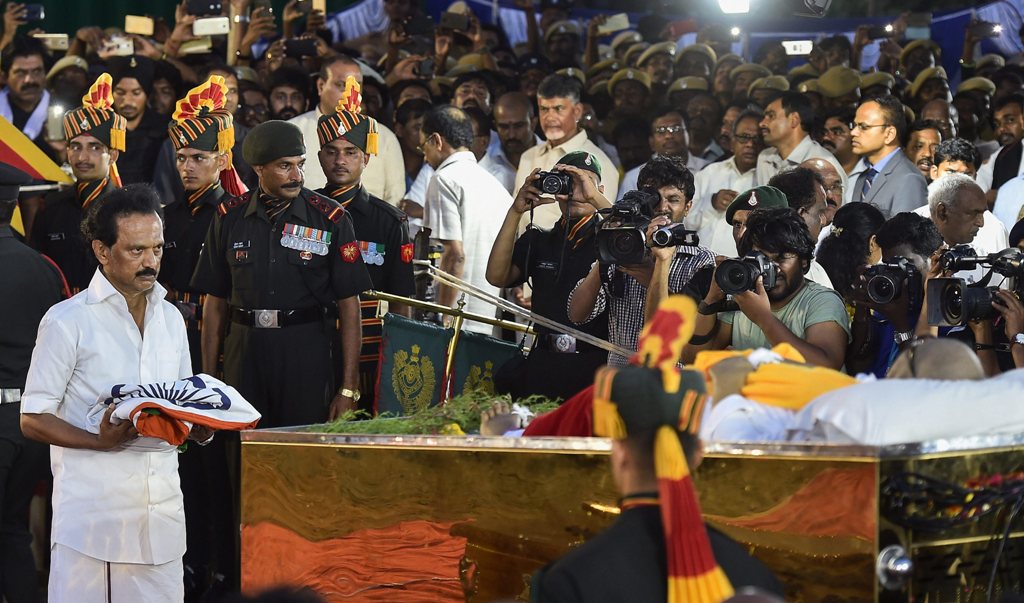 DMK patriarch and former Tamil Nadu Chief Minister M. Karunanidhi was buried beside his mentor C.N. Annadurai on the sands of Marina beach in Chennai on Wednesday. PTI Photo 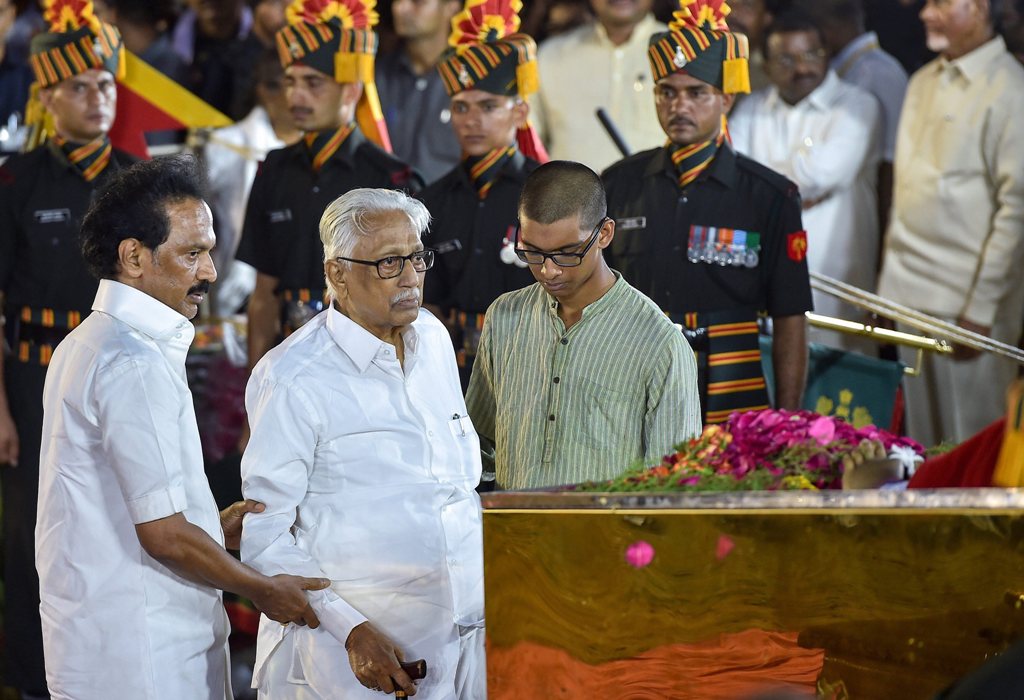 The tri-colour wrapped body of the Dravidian stalwart with his trademark black shades and yellow stole still in tact was interred in a freshly dug grave with soldiers giving him a state funeral with full military honours. PTI Photo 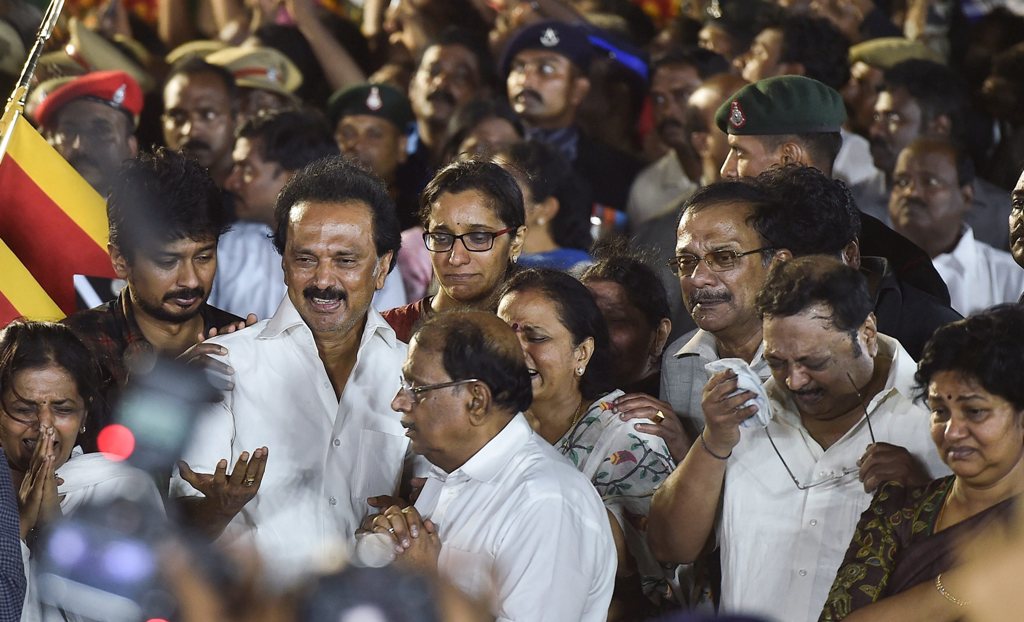 A military band played "Honouring Those Who Served" as the casket was taken from the cortege to the grave. Buglers sounded the last post and gunners fired a 21-gun salute after the body of the 94-year-old five-time Chief Minister was lowered at 7 p.m. amid a crescendo of slogans. PTI Photo 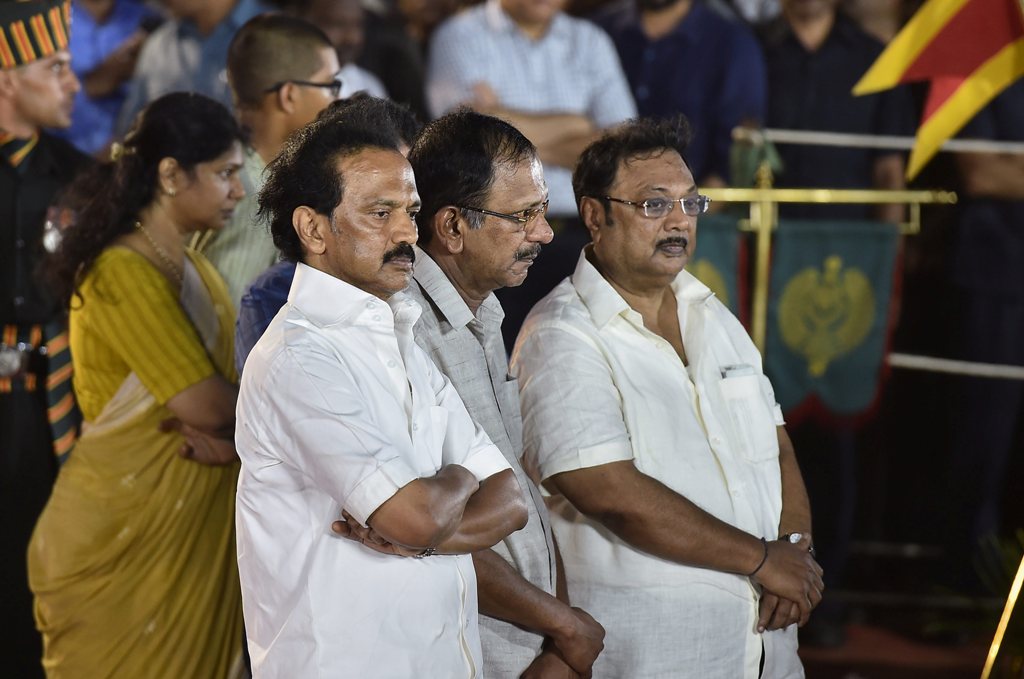 In keeping with his rationalist beliefs, Karunanidhi's body in a sandalwood casket was lowered into the earth without religious rituals. As per his wish, the wordings -- "The person who had worked without rest is resting here" -- were sculpted on the casket. PTI Photo 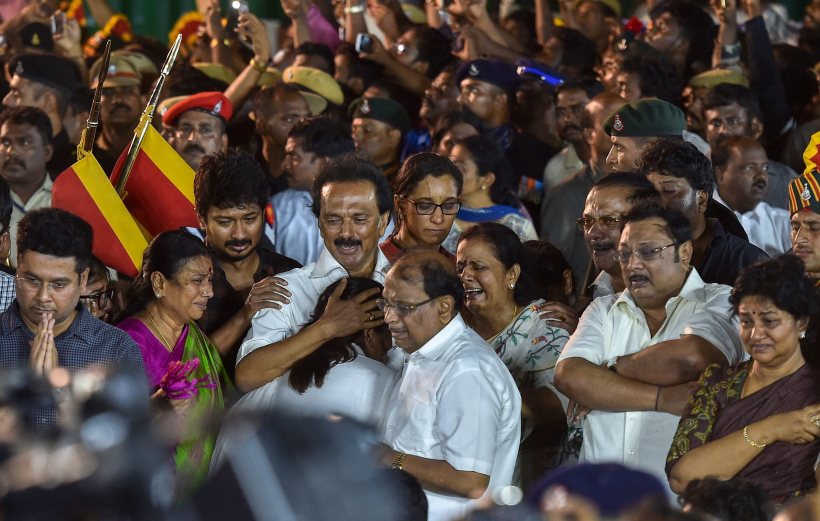 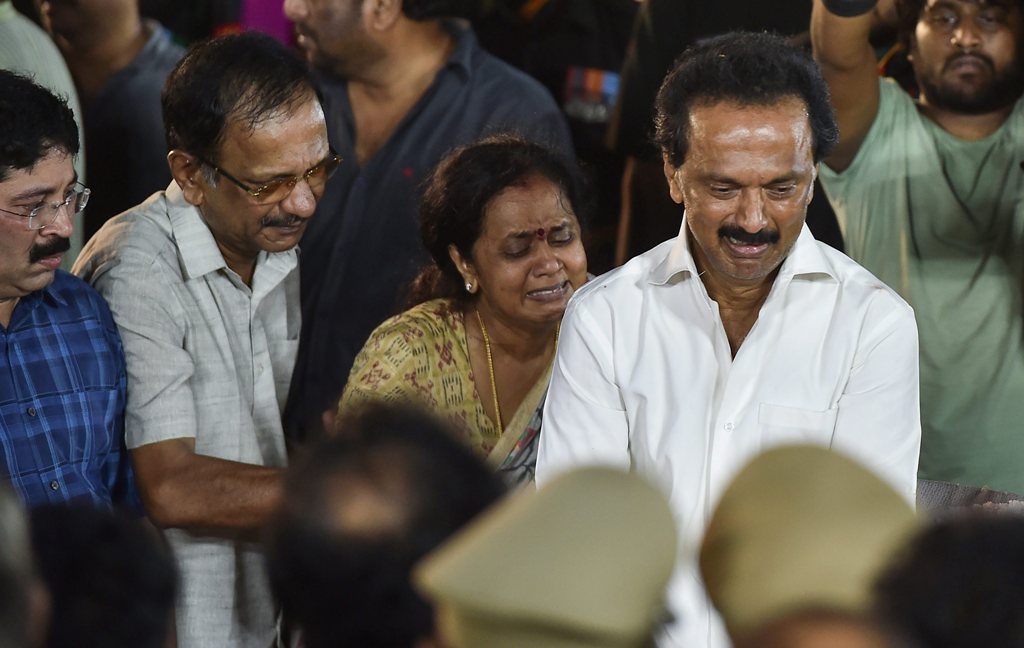 Stalin and his sister Selvi broke down and cried inconsolably at the Marina beach before the body of the patriarch was interred. Stalin had wept in the morning too after the DMK won the legal battle for a burial place space. PTI Photo The leader of the DMK for 50 long years and without doubt one of India's most experienced politicians, Karunanidhi breathed his last owing to age-related ailments in a private hospital here on Tuesday evening. AFP Photo 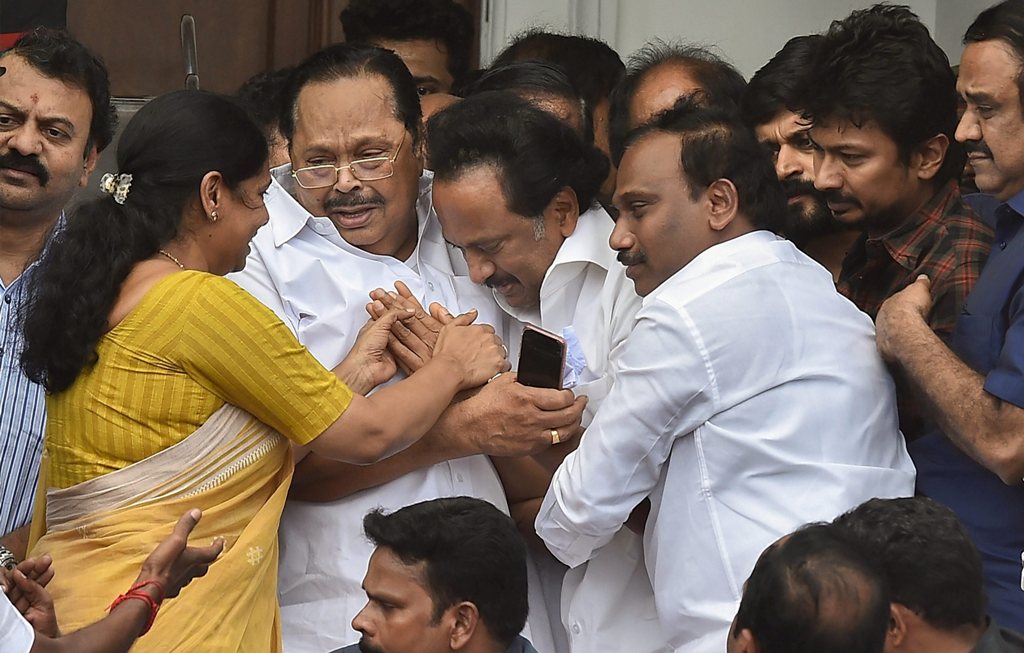 There was a complete shutdown in the city and across the state. The government declared a public holiday as a mark of respect to Karunanidhi. PTI Photo