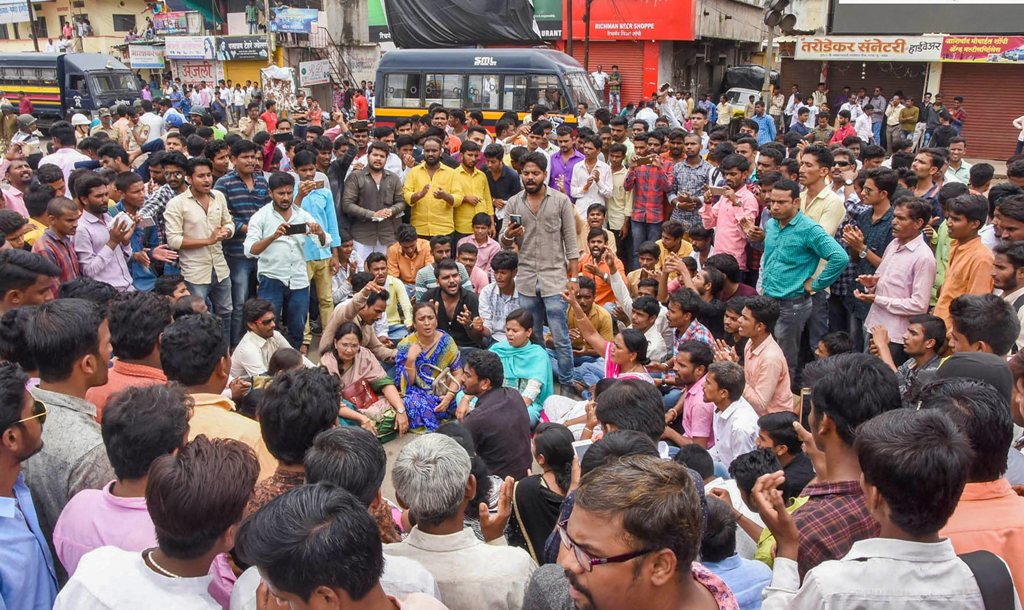 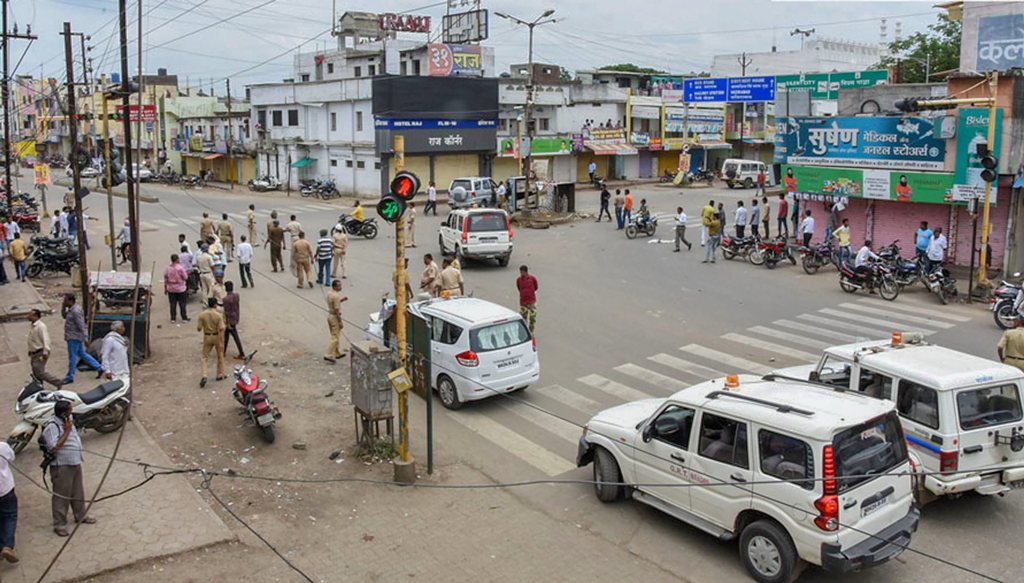 As the stir for reservation in jobs and education intensified, the Maratha Kranti Morcha, which is spearheading the agitation, gave a call for a Mumbai bandh tomorrow. (PTI Photo)

Quotas for Marathas, a politically influential community that constitutes around 30 per cent of the state's population, has been a hugely contentious issue. (PTI Photo) 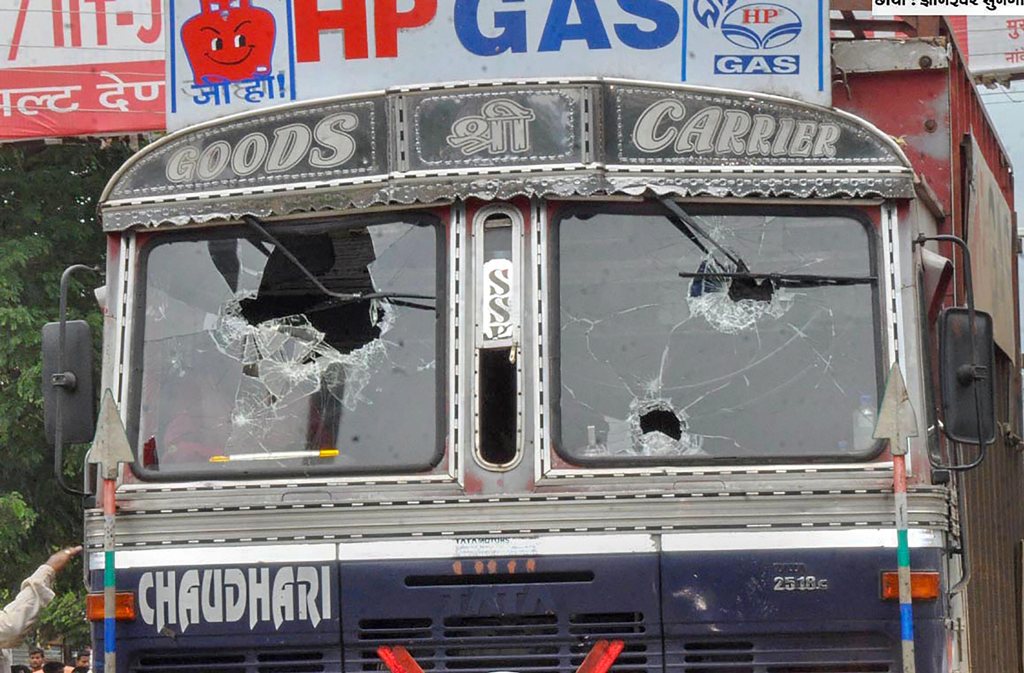 Nine policemen were injured in stone pelting, while two protesters attempted suicide during the Maharashtra bandh called by Maratha outfits to press for reservation. (PTI Photo) 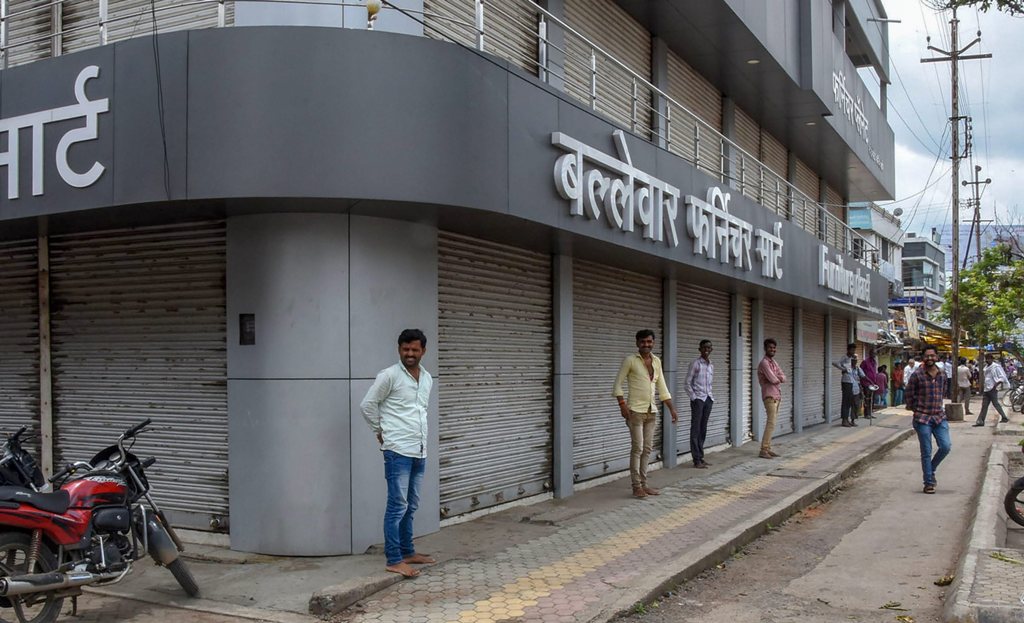 Starting with Aurangabad, a series of processions were taken out on Tuesday in various districts of northern, western Maharashtra and Marathwada with thousands taking to the streets demanding reservations in government jobs and education. (PTI Photo) 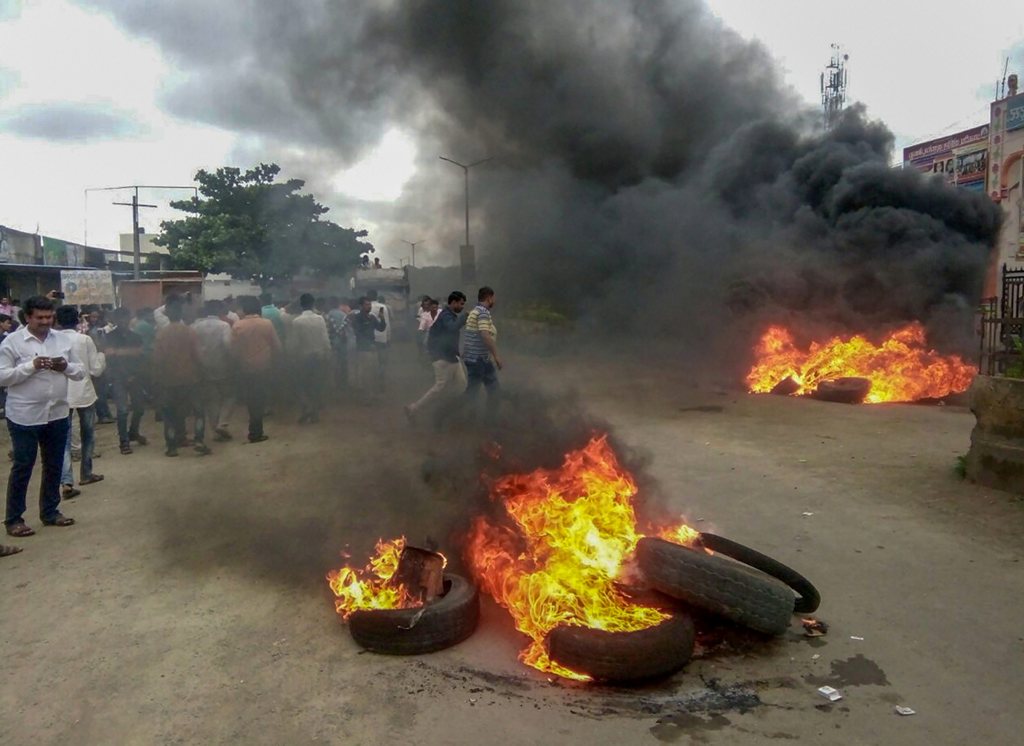 The Mumbai-Agra National Highway in Nashik was blocked, while protests were carried out in Nanded, Jalgaon, Parbhani, Kolhapur, Osmanabad, Ahmednagar, Jalna, Nandurbar, Yavatmal and Akola districts, and roads were blocked by burning tyres in Nashik and Hingoli. (PTI Photo) The community leaders have earlier taken out several rallies in various districts to highlight their demands. Last year, a huge rally was organised by the Maratha Kranti Morcha in this connection in Mumbai. (PTI Photo) 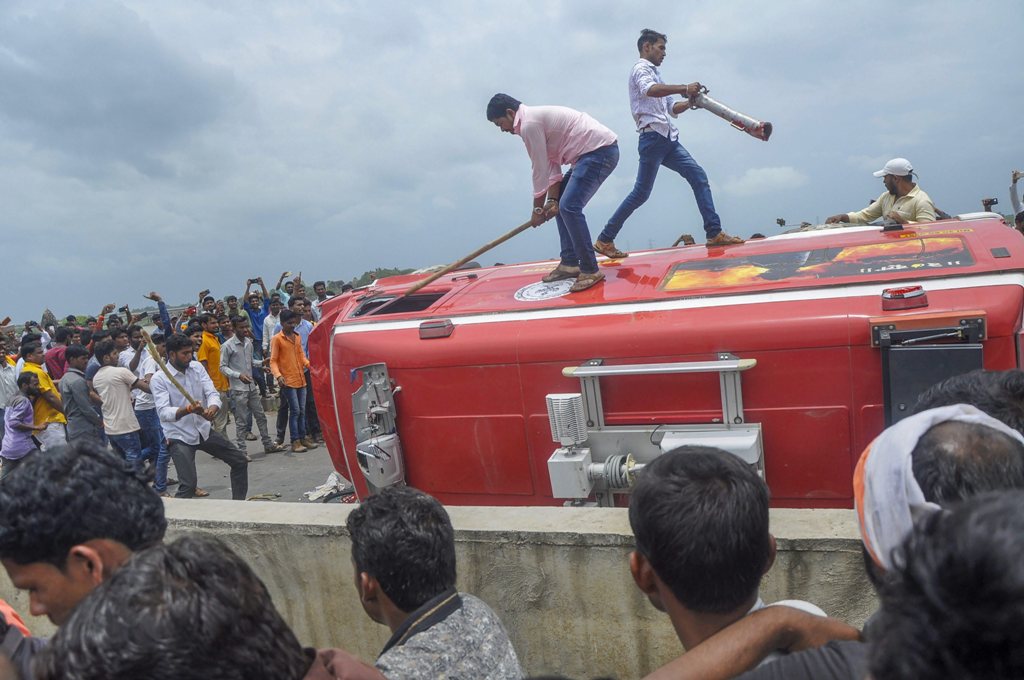 The Congress, Nationalist Congress Party and Shiv Sena have urged the ruling BJP government to immediately resolve the long-pending Maratha reservations issue for which the community is agitating peacefully since over two years. (PTI Photo)