IN PICS: P Chidambaram Joins List Of These High-Profile People Put Behind Bars Senior Congress leader P Chidambaram became the latest entrant in the list of high-profile people to have been put behind bars when the CBI arrested him on Wednesday in the INX media case. Chidambaram will be questioned in the case which was filed by the agency in 2017, alleging irregularities in the FIPB clearance granted to a media group for receiving overseas funds of Rs 305 crore in 2007 when he was the finance minister. (Image: PTI) 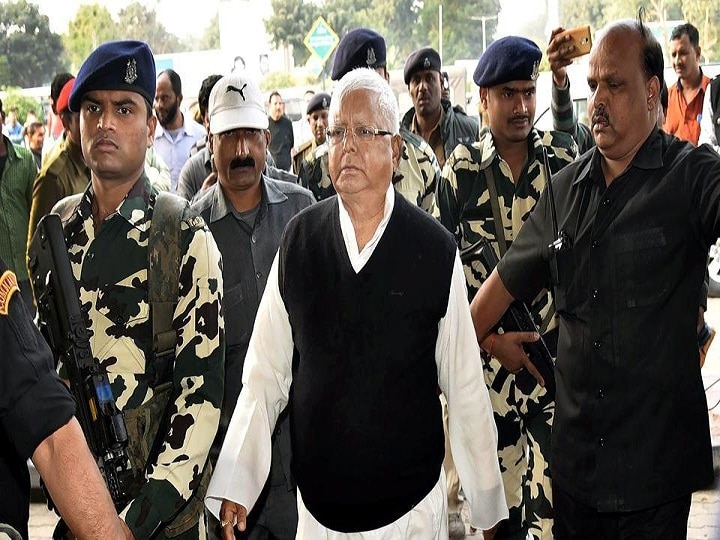 Former Bihar chief minister lalu Prasad Yadav is in jail in Ranchi after being found guilty in multi-crore fodder scam cases. In April 2019, the apex court dismissed his bail plea and rejected his arguments that he has been in jail for 24 months, saying that in comparison to the 14-year sentence awarded to him, 24 months was nothing. The three cases in which Prasad has been convicted are related to the over Rs 900-crore fodder scam, which pertains to fraudulent withdrawal of money from treasuries in the Animal Husbandry Department in early 1990s when Jharkhand was part of Bihar. (Image: File Photo/PTI) 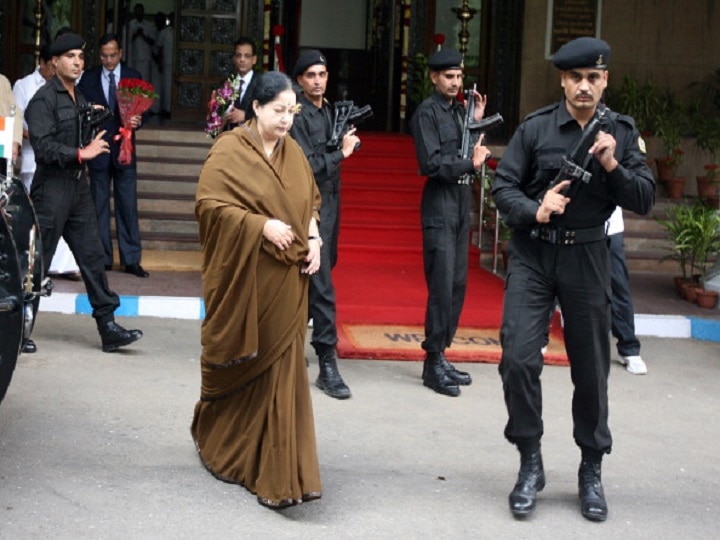 Former Tamil Nadu CM J Jayalalithaa was as arrested in 1996 after Subramanian Swamy, then Janata Party chief, filed a case against her alleging that during her tenure as the Tamil Nadu chief minister from 1991 to 1996, she amassed properties worth Rs 66.65 crore, disproportionate to her known sources of income. In September 2014, Jayalalithaa and three others including her aide Sasikala were convicted in the disproportionate assets case. She was sentenced to four years in jail and fined Rs 100 crore. The AIADMK chief, after securing bail, returned to Chennai in October 2014 after spending 21 days in the Bangalore Central Jail. She died in December 2016 at the age of 68 after a prolonged illness in Chennai. (File Photo/ Getty) 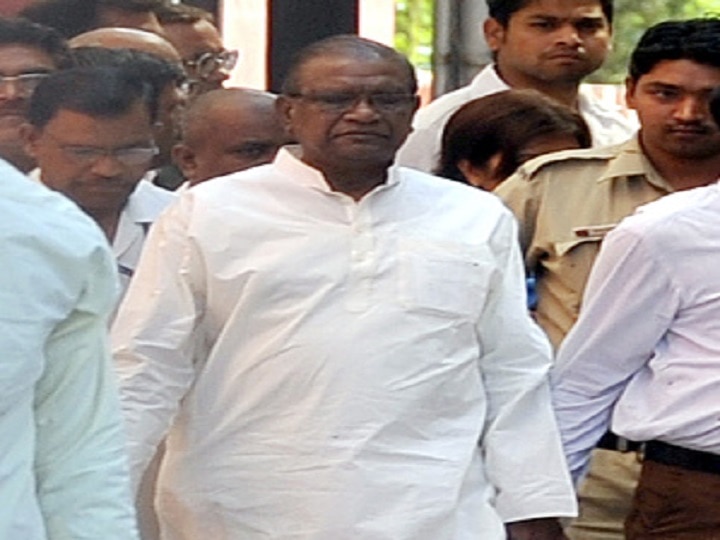 Bangaru Laxman, The former BJP chief, was in 2012 sentenced to four years in jail by a Delhi court for taking a bribe of Rs one lakh in a fictitious arms deal case. Laxman, born in Andhra Pradesh in 1939, was the president of the BJP from 2000 to 2001 and served as a minister of state for railways from 1999 to 2000. In April 2012, he was held guilty of taking a bribe from fake arms dealers to recommend the Defence Ministry to award them a contract for supplying thermal binoculars to the Army. Bangaru died in 2014 at the age of 74. (File Photo/ Getty) 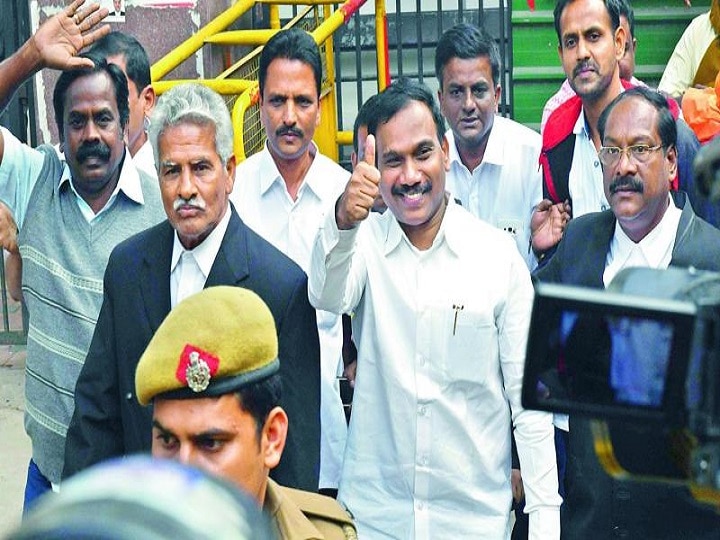 A Raja, former telecom minister and DMK leader, was arrested on February 2, 2011 and got bail from the trial court on May 12, 2012 after spending 15 months in Delhi's Tihar jail in the high-profile 2G spectrum scam. Raja, who was the minister in the Congress-led UPA government when 122 telecom spectrum licences were issued to eight companies in 2008 on first-come-first-serve basis, was acquitted by a special court in 2017. (File Photo/ PTI) Kanimozhi, daughter of DMK chief M Karunanidhi, was in jail for six months from May 21, 2011 to November 28, 2011 in the politically-sensitive 2G spectrum allocation scam case. She was acquitted by a special court in 2017 which held that the prosecution miserably failed to prove the charges. (File Photo/ Getty) 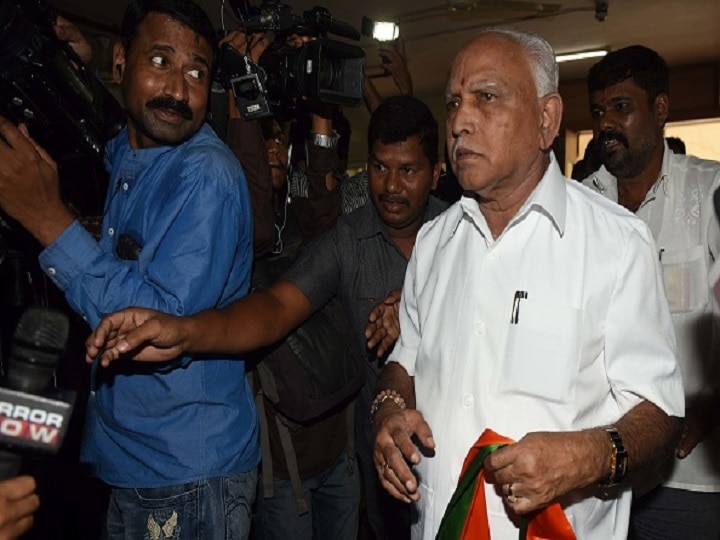 Yeddyurappa, who had led the BJP to its first-ever government in the south in the 2008 assembly polls, was forced to resign as Karnataka chief minister in August 2011 following indictment by then Lokayukta Santosh Hegde in the Bellary illegal mining case. He was acquitted in 2016 by a special CBI Court in a corruption case related to illegal mining in Bellary that allegedly involved a bribery amount of Rs 40 crore. (File Photo/ Getty) Suresh Kalmadi, former president of the Indian Olympic Association and organising committee chairman of Commonwealth Games 2010, was arrested by the CBI in April 2011 for his alleged involvement in the Commonwealth Games scam. The former minister of state for railways was arrested on charges of cheating, conspiracy and corruption in the award of games-related contracts. He walked out of Delhi's Tihar jail in 2012 after spending nine months behind bars. After his arrest, the Congress suspended him. 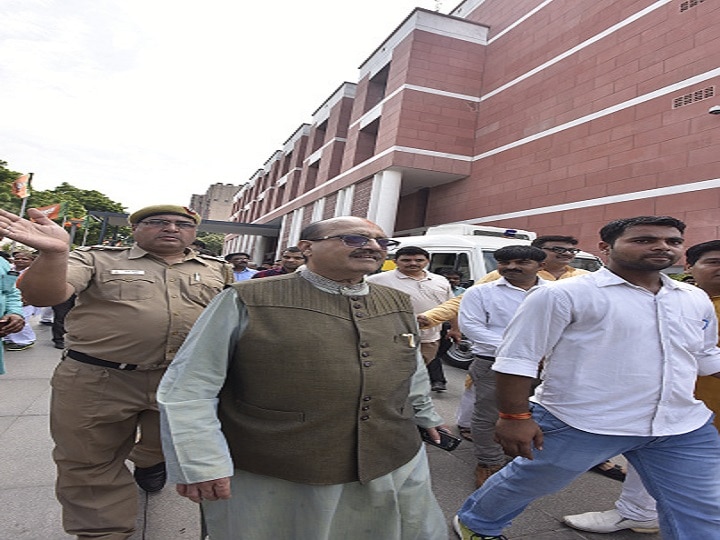 NEW DELHI, INDIA - AUGUST 7: Rajya Sabha MP Amar Singh arrives to pay tribute to Sushma Swaraj before her mortal remains were taken for last rites from BJP headquarters on August 7, 2019 in New Delhi, India. Swaraj, who was India's first full-time woman Foreign Minister (Indira Gandhi held additional charge of the ministry when she was prime minister) suffered the cardiac arrest late in the evening and was immediately taken to the All India Institute of Medical Sciences (AIIMS). She died after efforts to revive her failed.(Photo by Sonu Mehta/Hindustan Times via Getty Images) S P Tyagi, former Air Force chief, was arrested by the CBI in December 2016 for his alleged involvement in the Rs 450 crore AgustaWestland VVIP chopper deal bribery case. Tyagi, who retired in 2007, was the first chief of the Indian Air Force to be chargesheeted in a corruption or a criminal case by the CBI. (File Photo/ Getty)