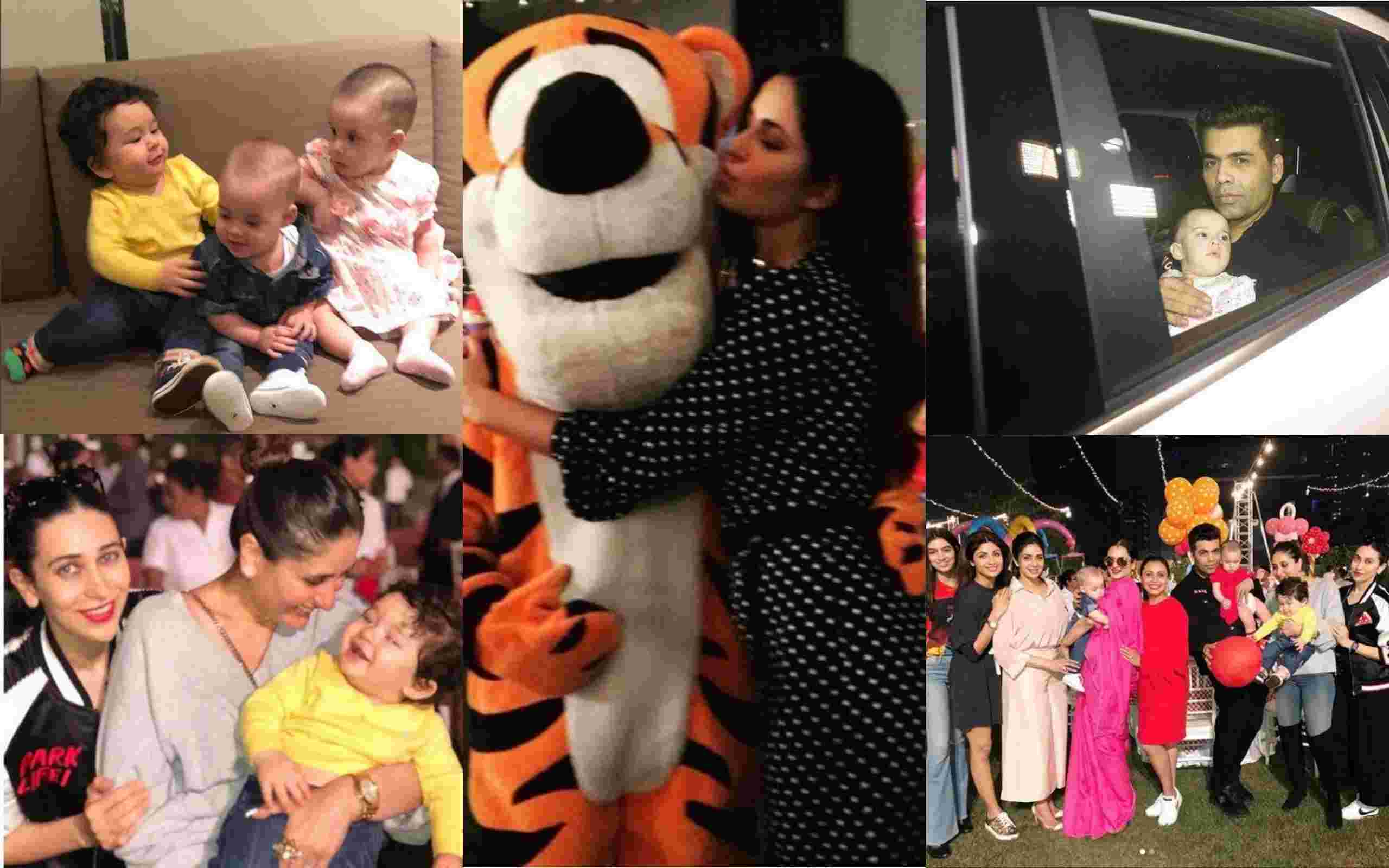 Check out this picture where Karan Johar poses with the Bollywood beauties of all times, Shilpa Shetty, Sridevi, Rani Mukherjee, Kareena Kapoor , karishma Kapoor and the evergreen Rekha. Image: Instagram This picture of Taimur bonding with Karan Johar’s children Yash and Roohi is going viral. Karan shared this picture with a caption : “and a new friendship begins”. Image:Instagram This picture of Taimur Ali Khan chilling with mom Kareena and aunt Karishma at Adira’s big day has got us awe-struck. We totally heart his toothless laugh. Image: Instagram 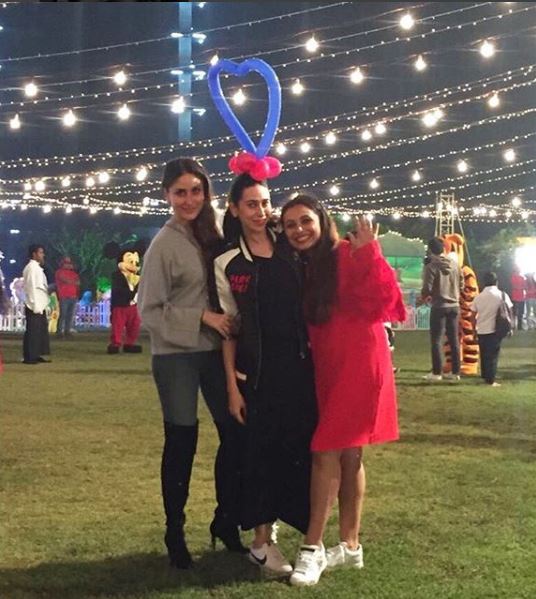 The wonderland themed party caught all the guests in a playful mood. Kareena , Karishma and Rani at the party. Imag: Instagram 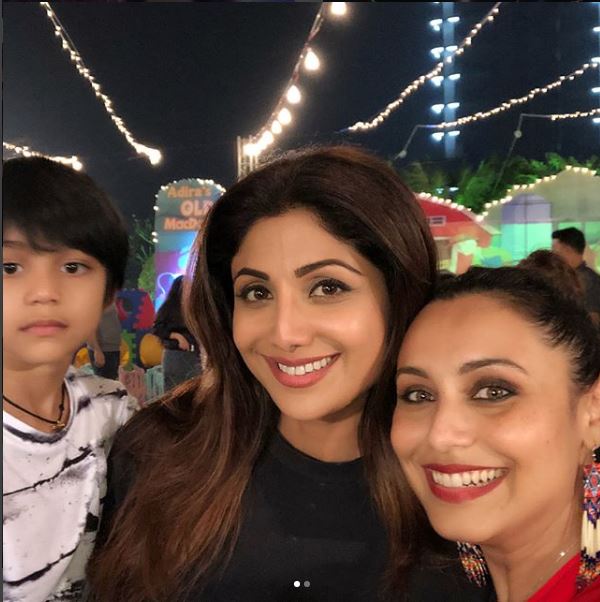 Rani Mukherjee , Shilpa Shetty and son Viaan have a good time at the extravaganza. Image: Instagram 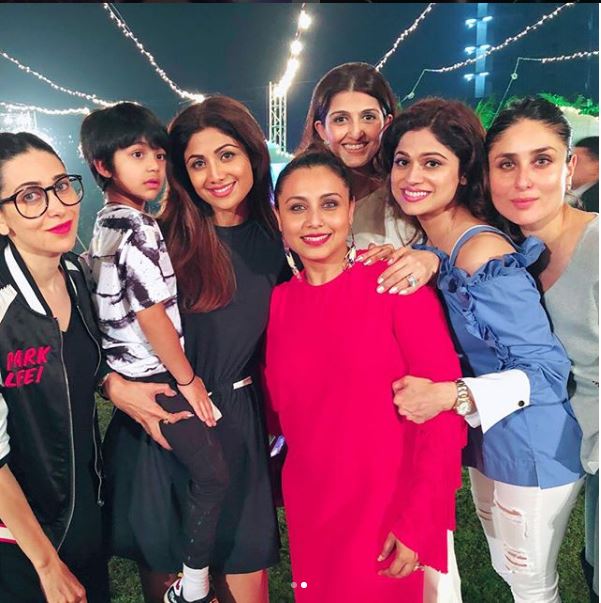 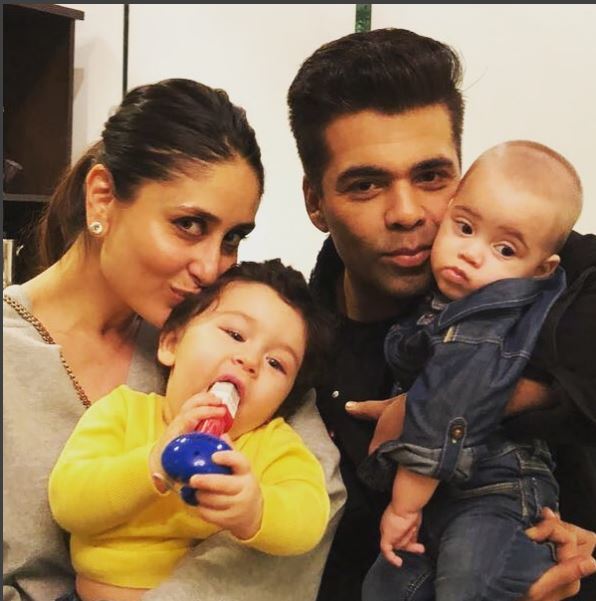 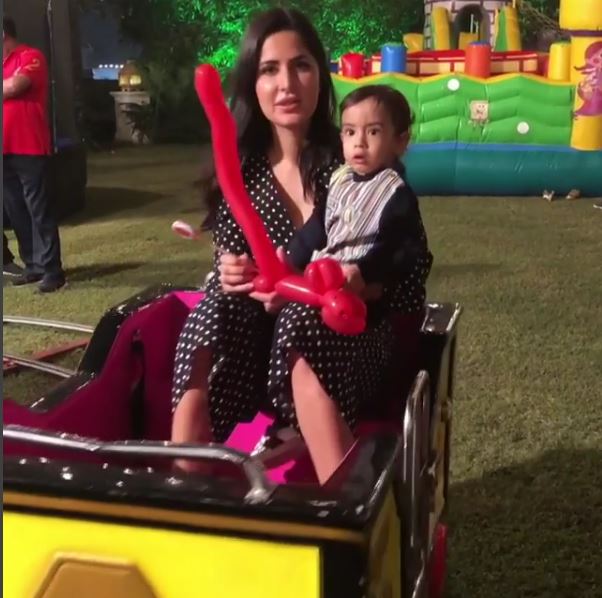 Katrina Kaif baby-sitting Arpita Khan’s son Ahil on this toy-train ride is the cutest thing on the internet. Image:Instagram