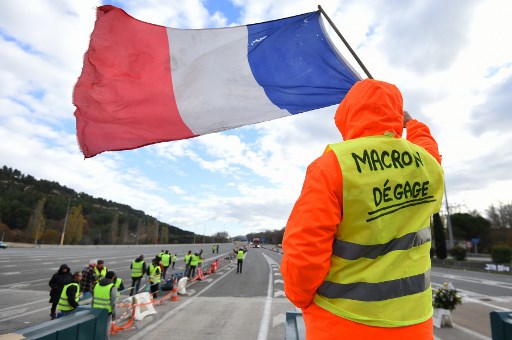 New Delhi: More than 1,700 people were arrested across France during the latest round of "yellow vest" protests, in which demonstrators clashed with riot police, the interior ministry said Sunday. /AFP IMAGE 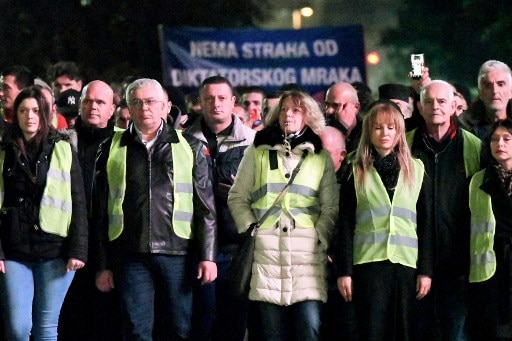 Clashes broke out in several cities, including Marseille, Bordeaux, Lyon and Toulouse, during a fourth weekend of nationwide protests against rising living costs and President Emmanuel Macron in general. /AFP IMAGE 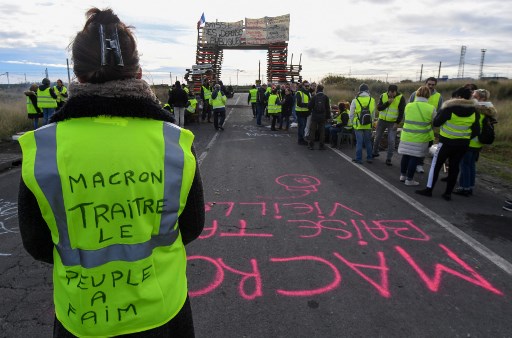 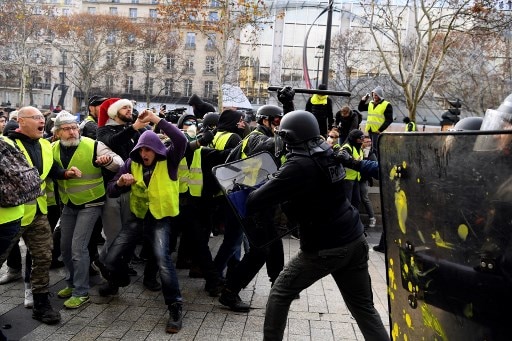 Police in Paris said they made 1,082 arrests on Saturday, up sharply from 412 in the previous round. /AFP IMAGE 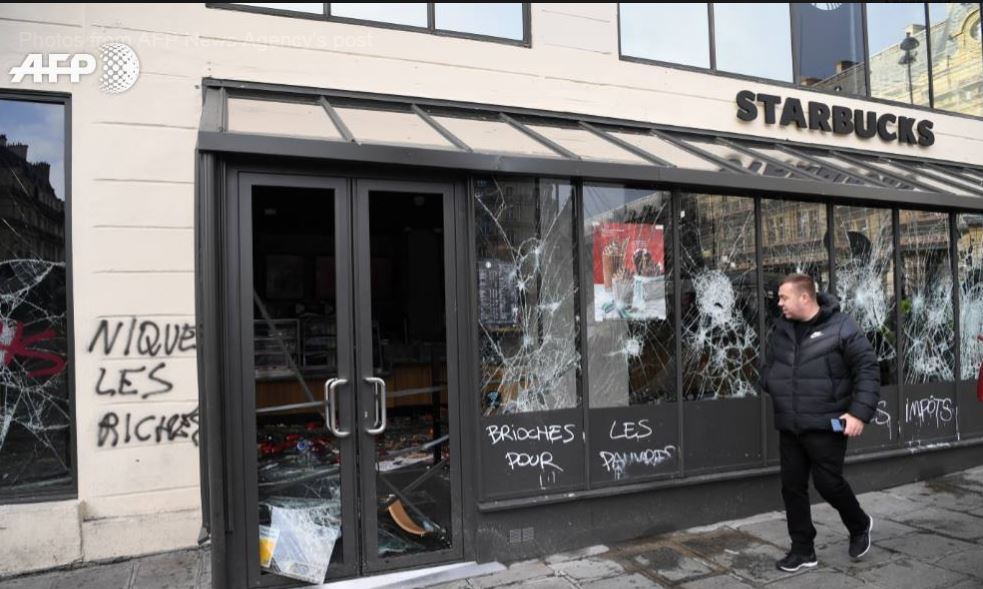 The president's office said he would address the nation at 1900 GMT, but did not provide other details. /AFP IMAGE 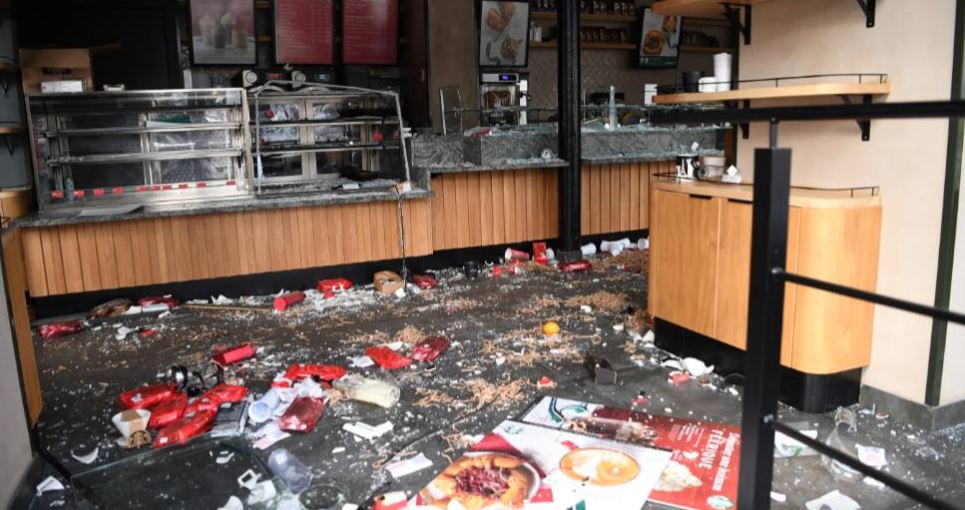 Macron, also set to meet trade unionists and business leaders Monday, is expected to announce "immediate and concrete measures" to respond to the crisis, according to Labour Minister Muriel Penicaud./AFP IMAGE 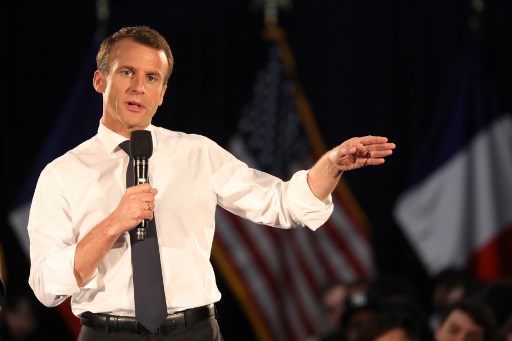 The president will consult in the morning with an array of national and local officials as he tries to get a handle on the ballooning and radicalising protest movement triggered by anger at his policies, and a growing sense that they favour the rich. /AFP IMAGE