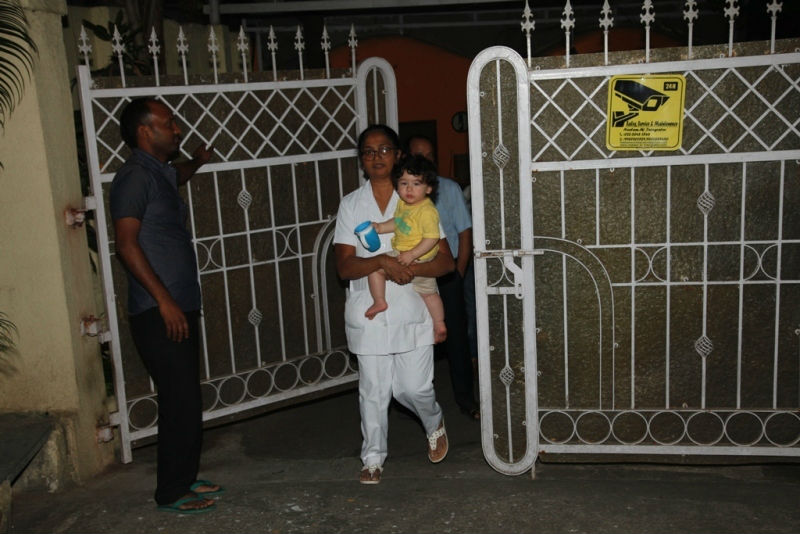 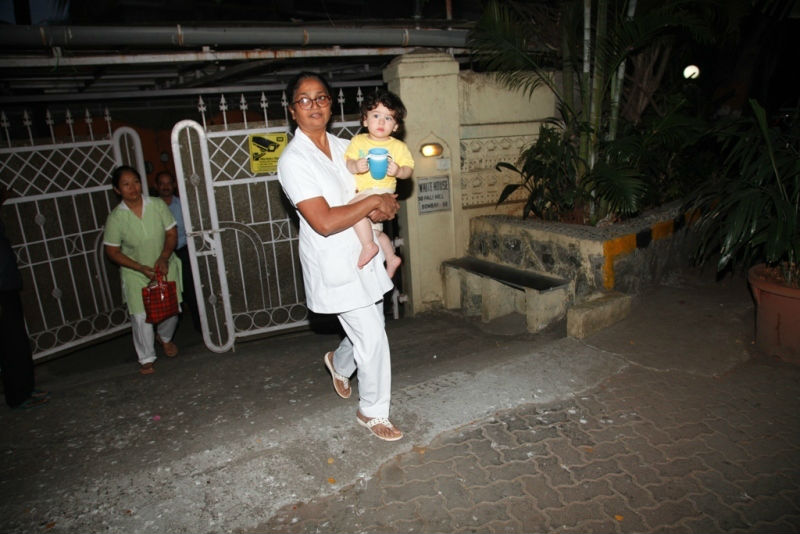 Both the cuties looked extremely adorable while making an exit 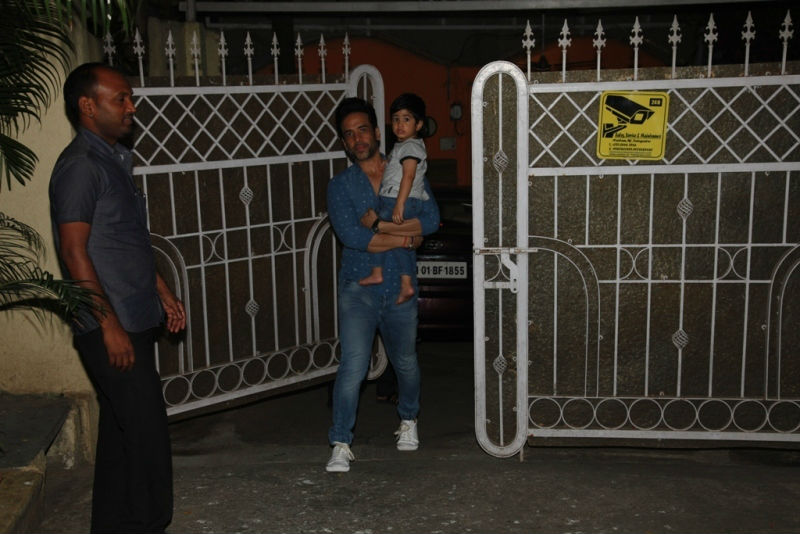 And while baby Laksshya was wrapped in his daddy Tusshar's arms 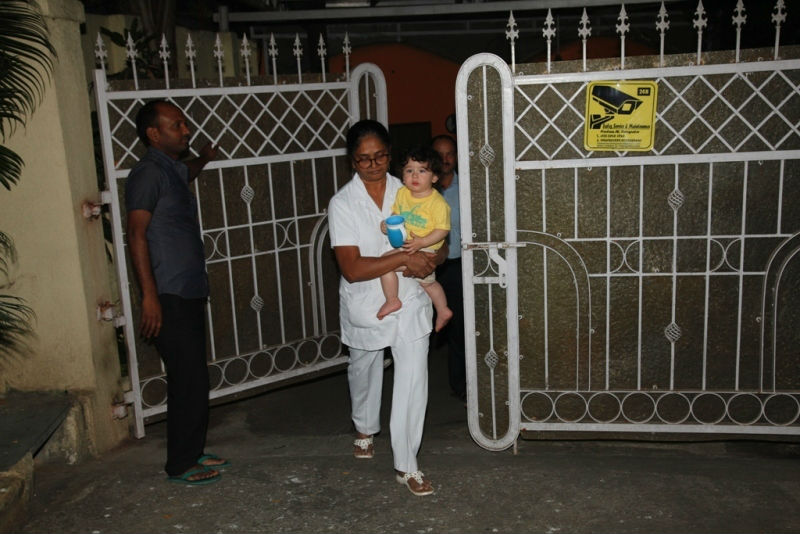 Lil Taimur as always was being carried by his nanny! 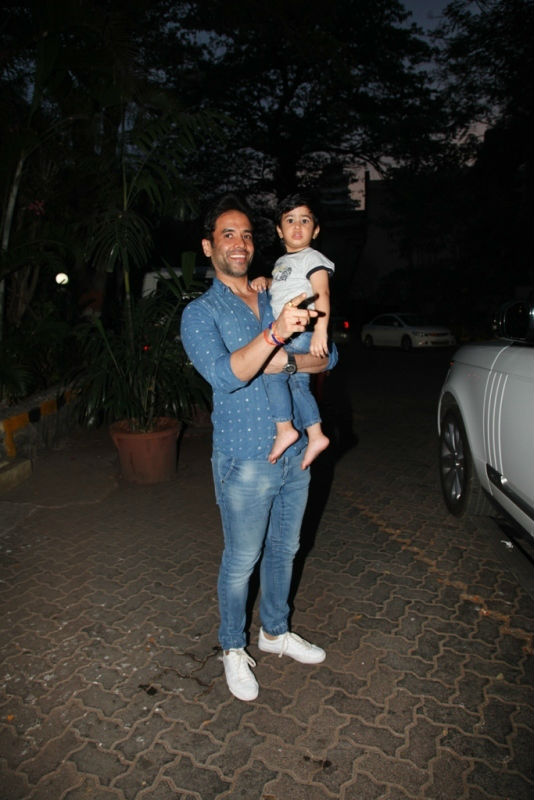 Tusshar Kapoor and son posing for the paparazzi Both Kareena Kapoor Khan and Tusshar Kapoor have been very close friends and now looks like their respective sons Taimur and Laksshya are the new besties of B-Town. 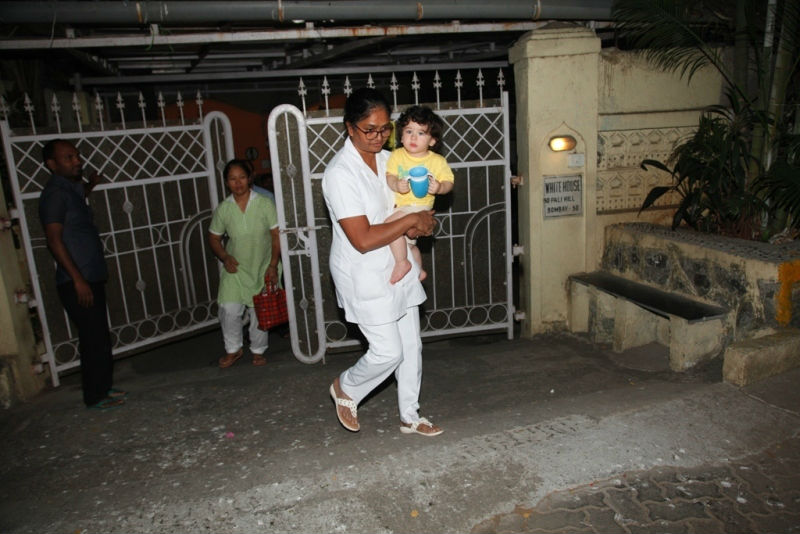 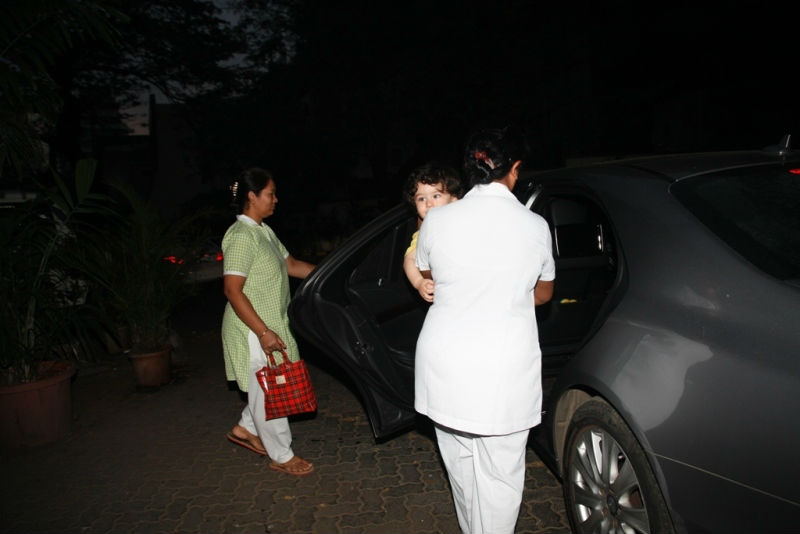 The cutie seemed to be in a happy mode 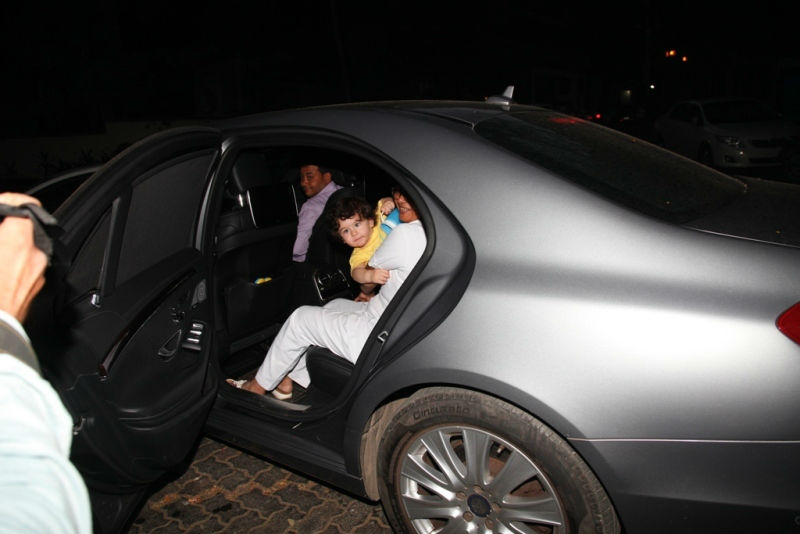 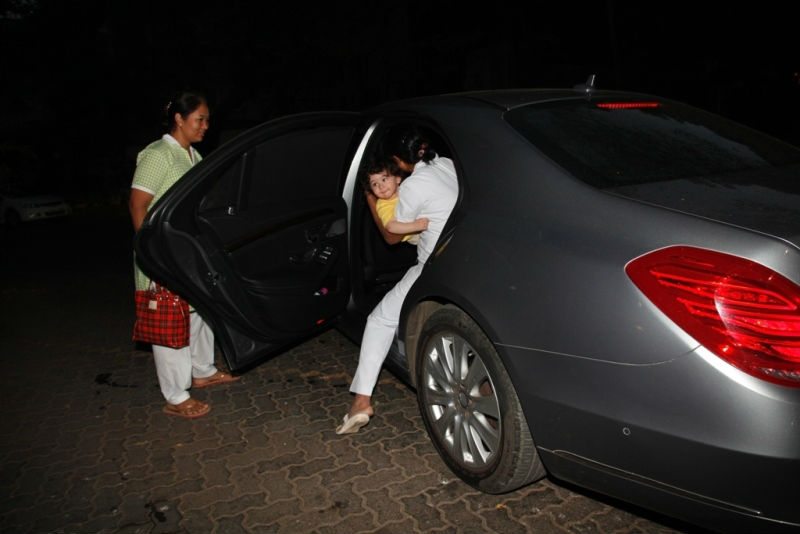 The baby kept gazing into the shutterbugs 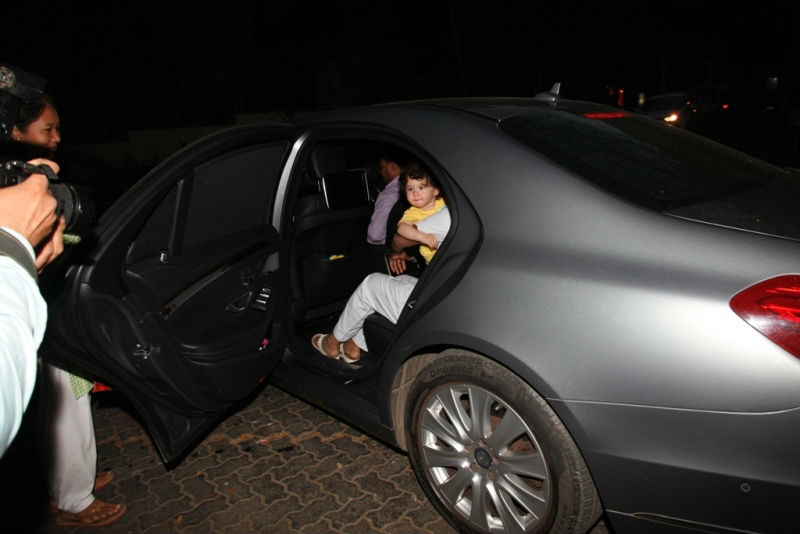 How many likes for the cutie pie! This was Taimur's second appearance in a day, earlier in during the daytime he was spotted outside his play school Taimur and his nanny outside the lil one's play school in the noon!(Photo: Manav Manglani) 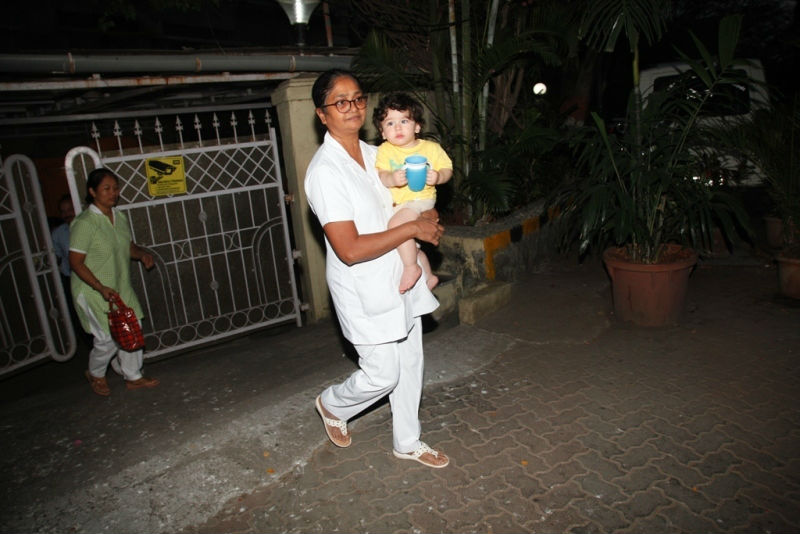