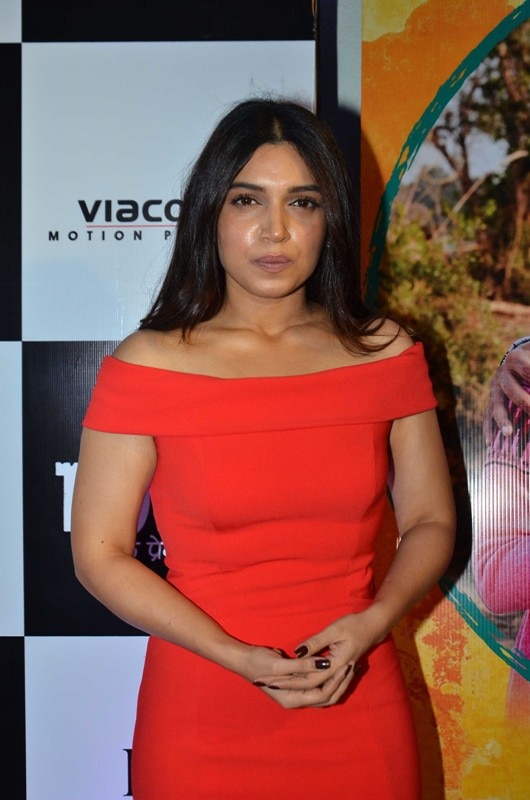 A day before the release of Akshay Kumar and Bhumi Pednekar’s ' Toilet: Ek Prem Katha', a special screening of the film was held in Juhu, Mumbai on Thursday evening and it was attended by quite a few Bollywood celebrities 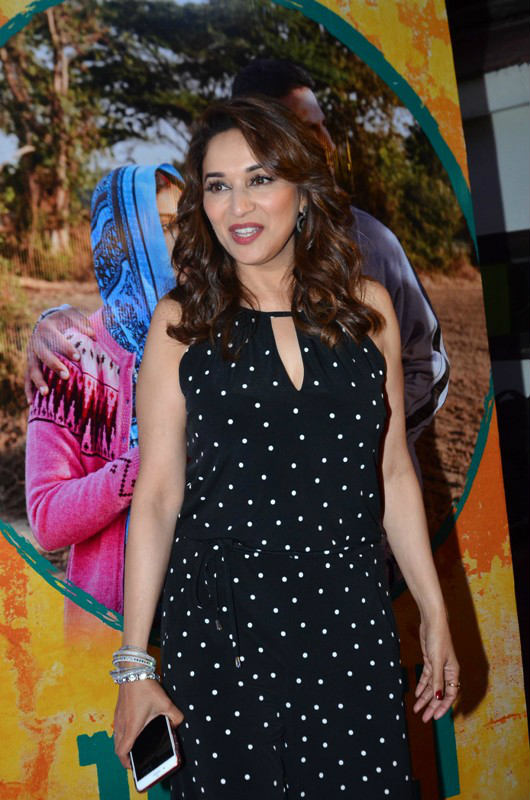 Along with Akshay Kumar and Bhumi Pednekar, B-Town celebs including Saif's daughter Sara Ali Khan, Arjun Kapoor, Madhuri Dixit, Kriti Sanon and many stars were spotted at the event. 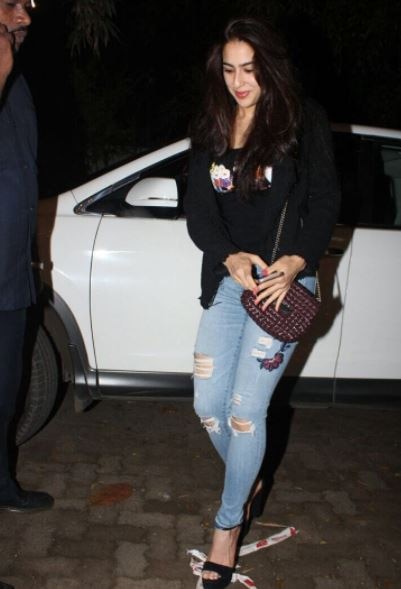 Here are some pictures from the event. 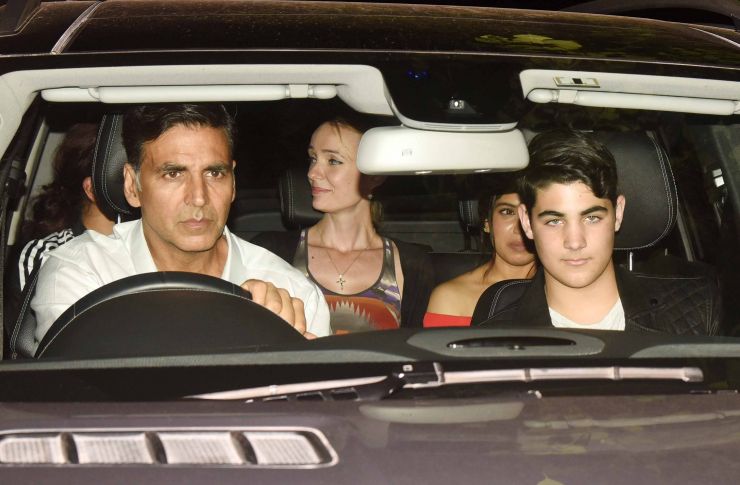 Akshay Kumar arrived with his co-star Bhumi and son Aarav. 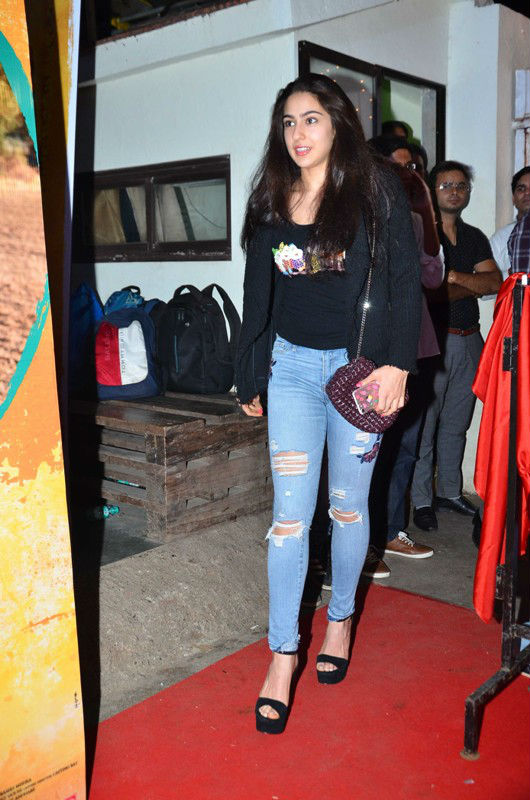 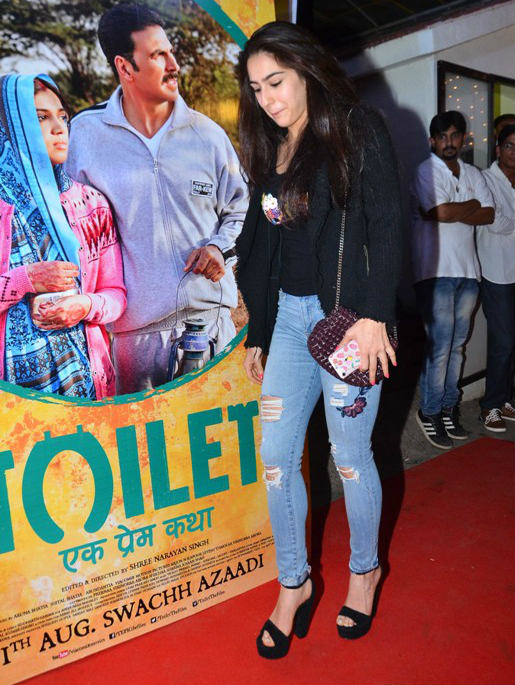 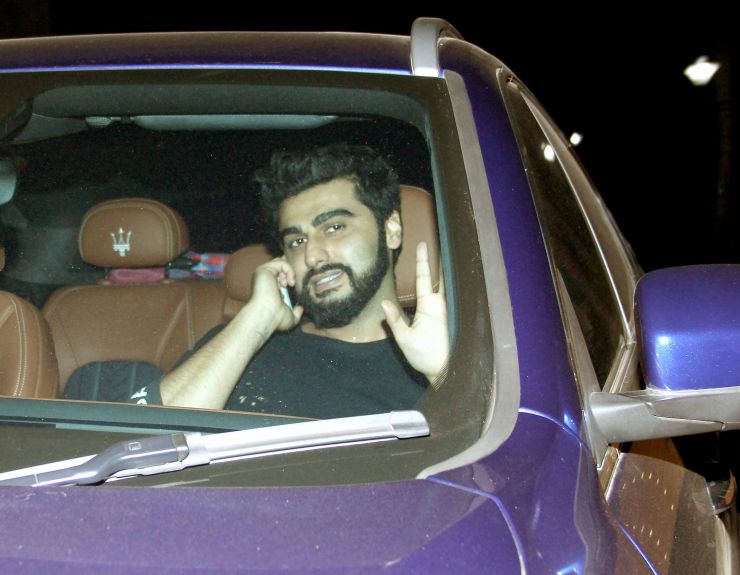 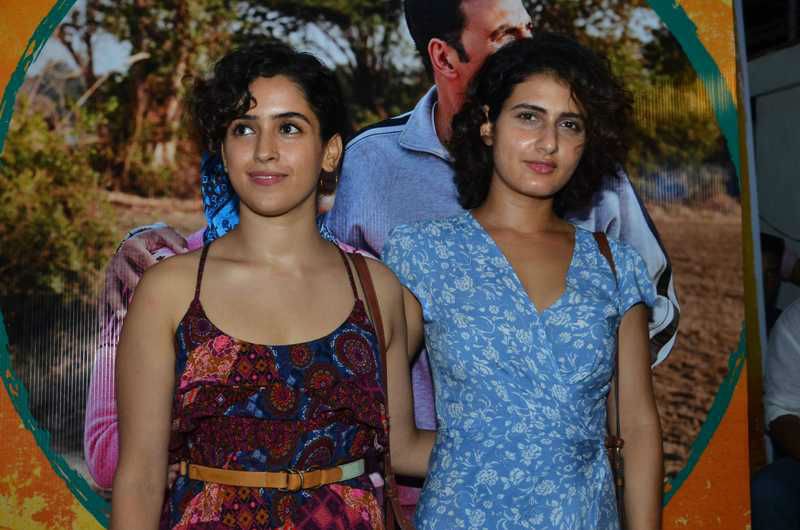 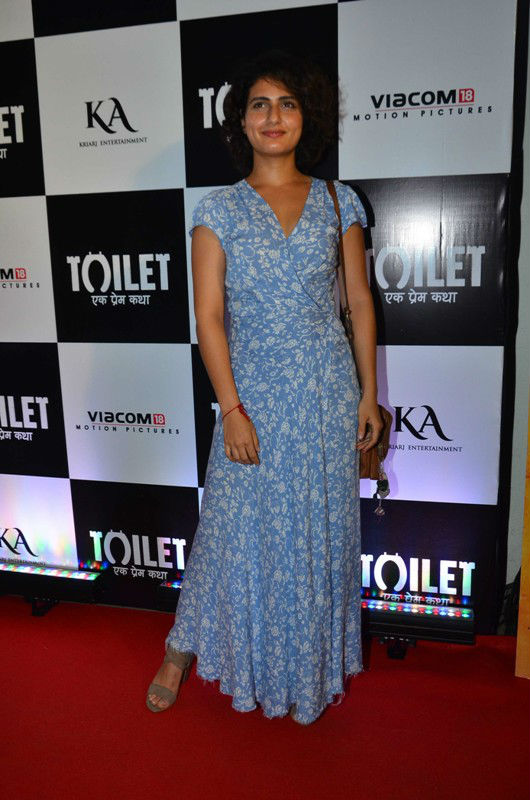 While Fatima opted for a long maxi styled dress 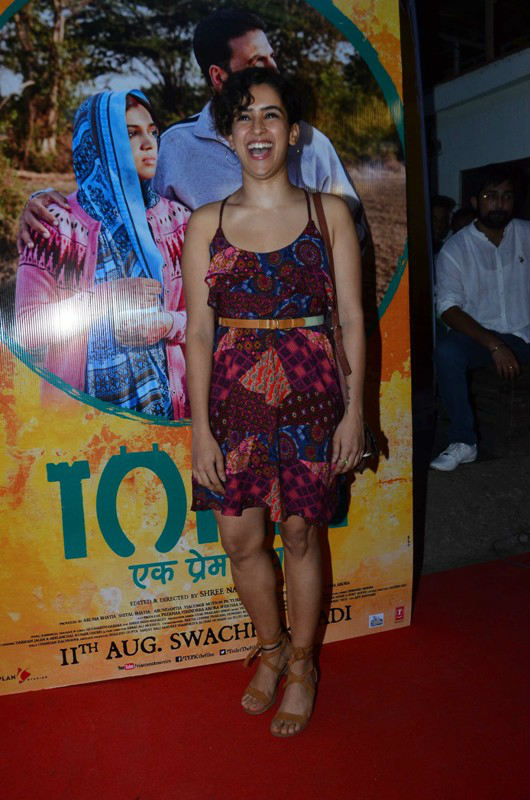 Sanaya was looking cute in her short frock 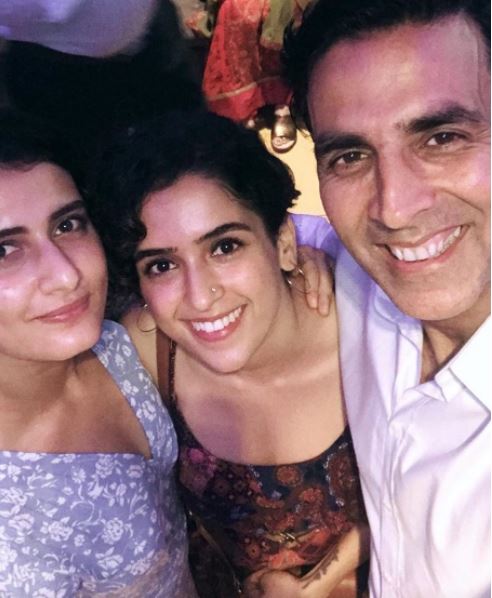 The girls even posed for a selfie with Akshay Kumar 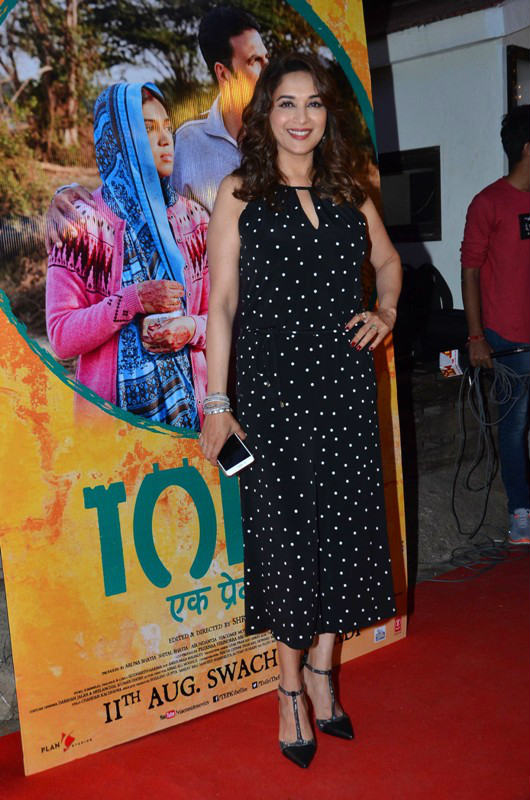 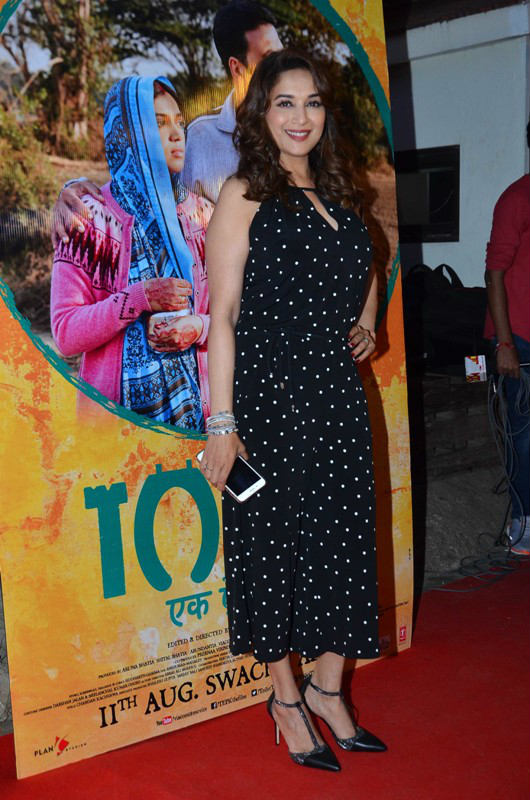 Wearing a plain white shirt, blue denims and a chappal, John Abraham was all smiles for the paparazzi. 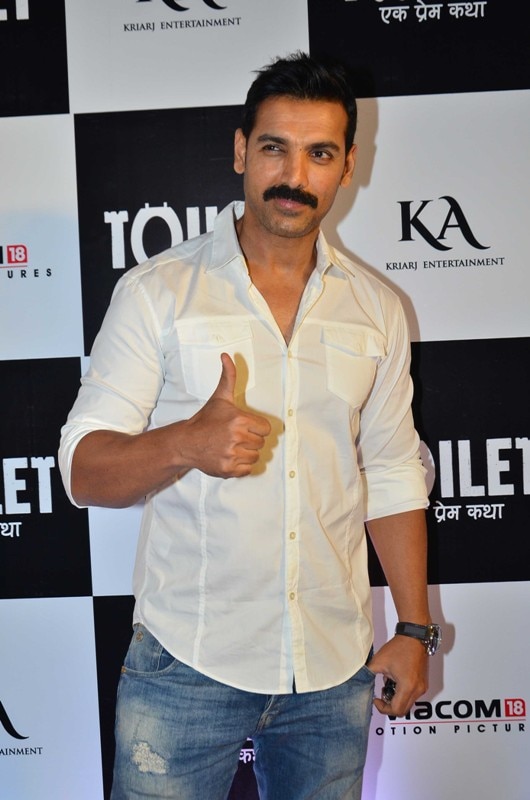 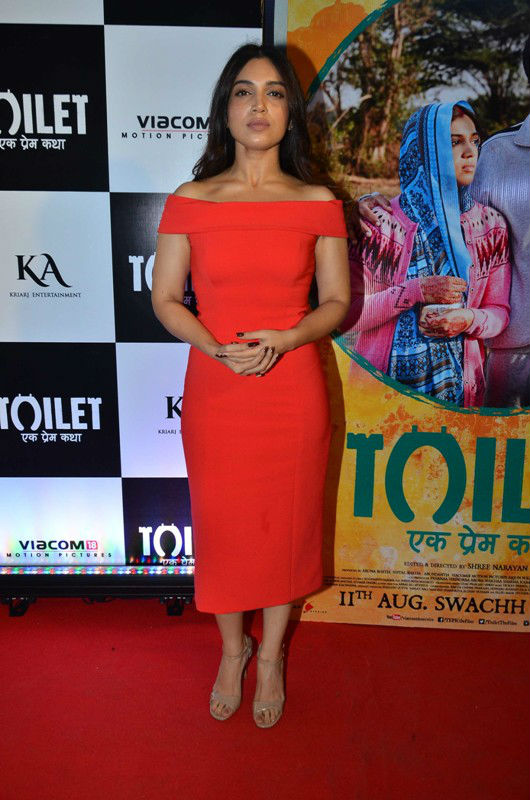 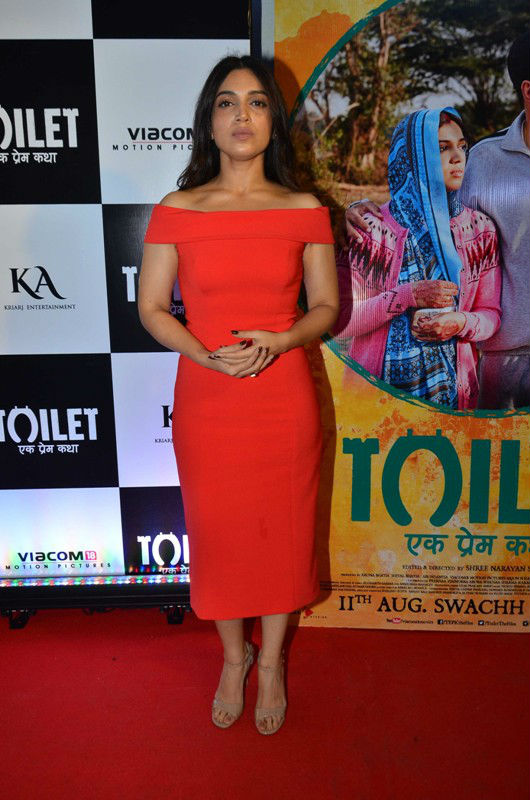 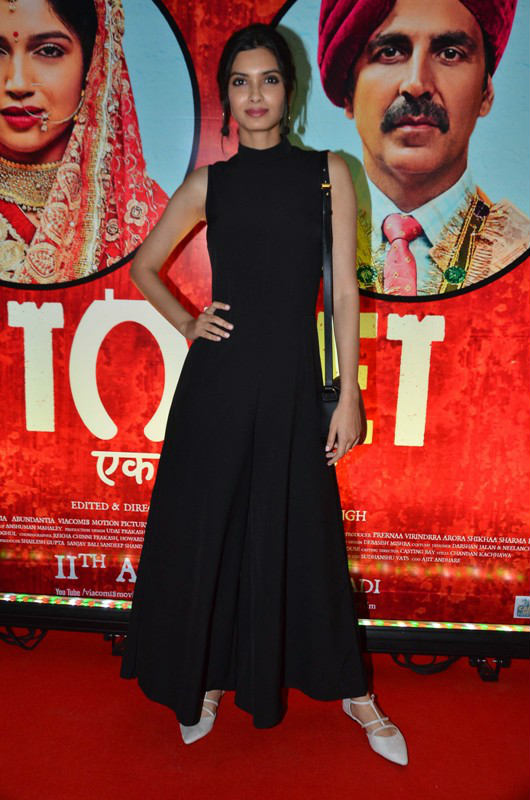 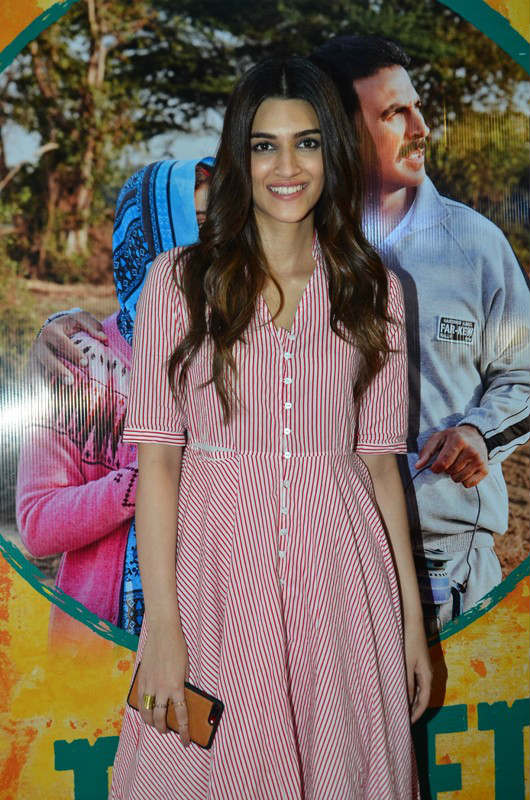 Kriti Sanon, who is gearing up for the release of Bareilly Ki Barfi, was also spotted at the event. 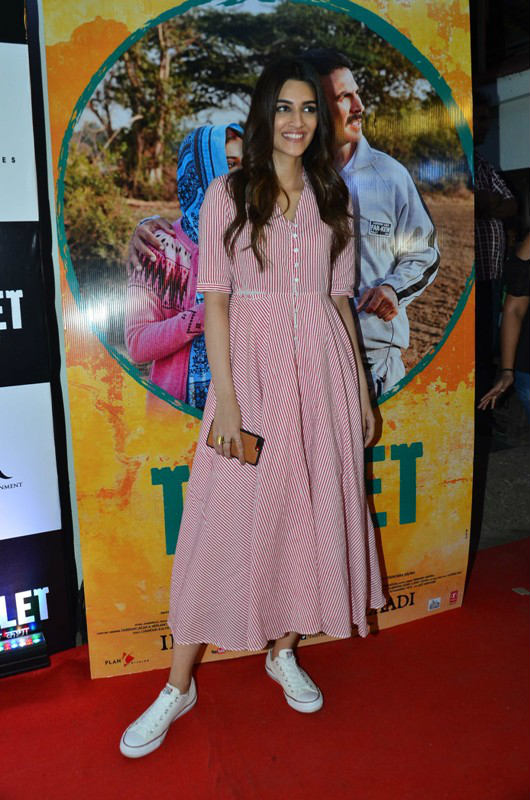 We loved Kriti's quirky style at the outfit 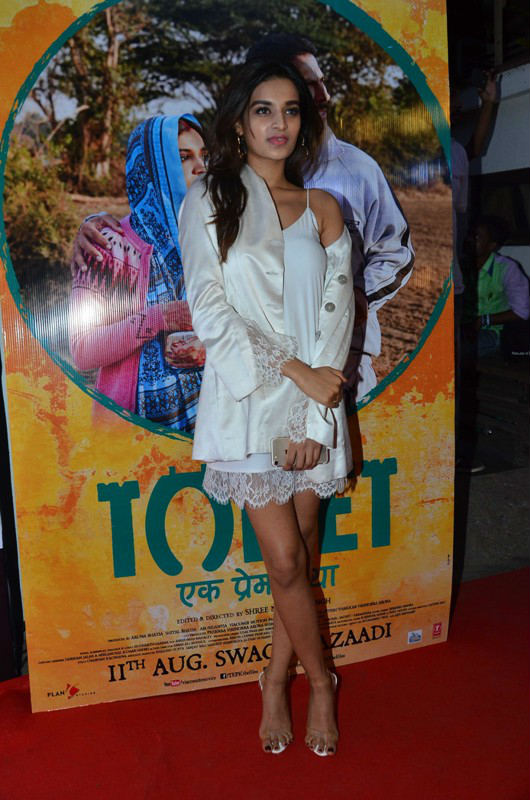 Bollywood's newbie Niddhi Agarwal, who recently made her debut with Tiger Shroff's 'Munna Michael' posing for the shutterbugs 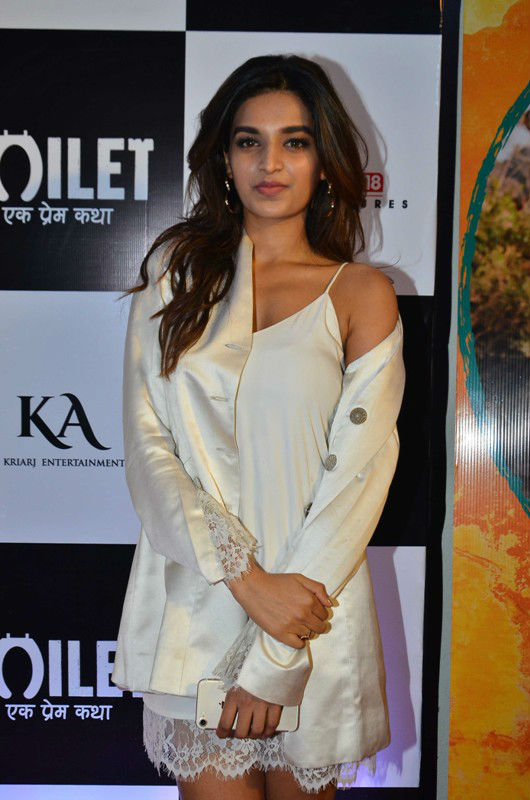 Niddhi was looking stunning in her white slip dress 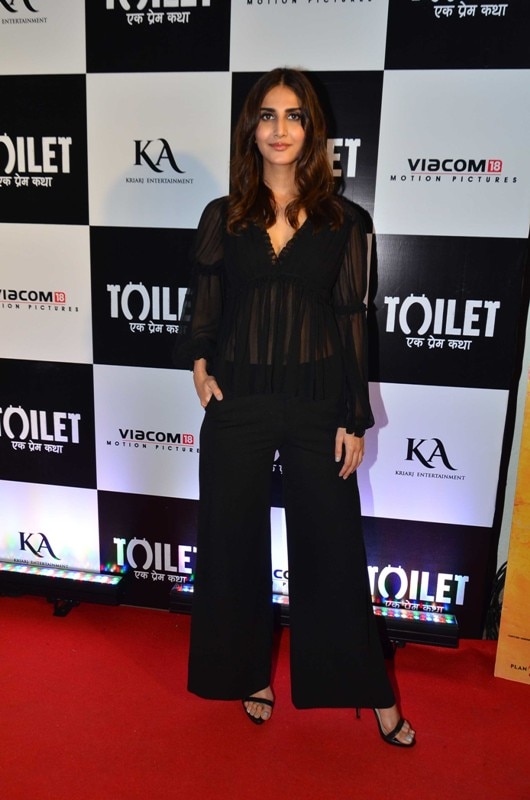 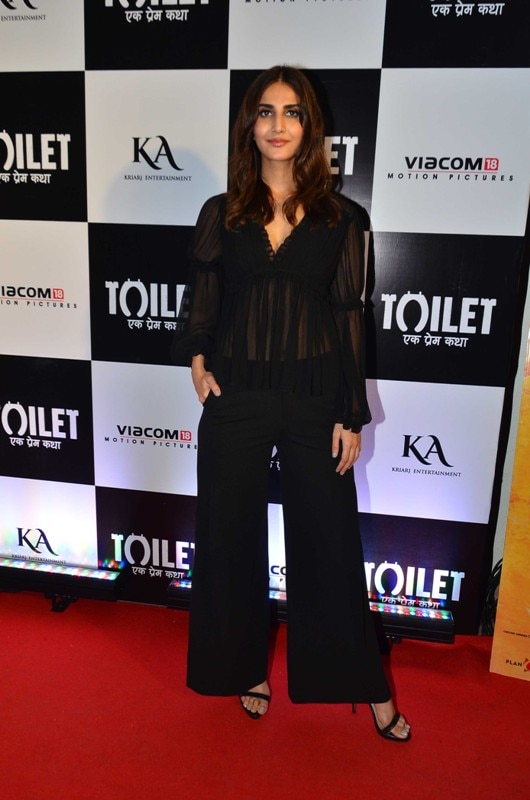 Vani Kapoor posing for the cameras 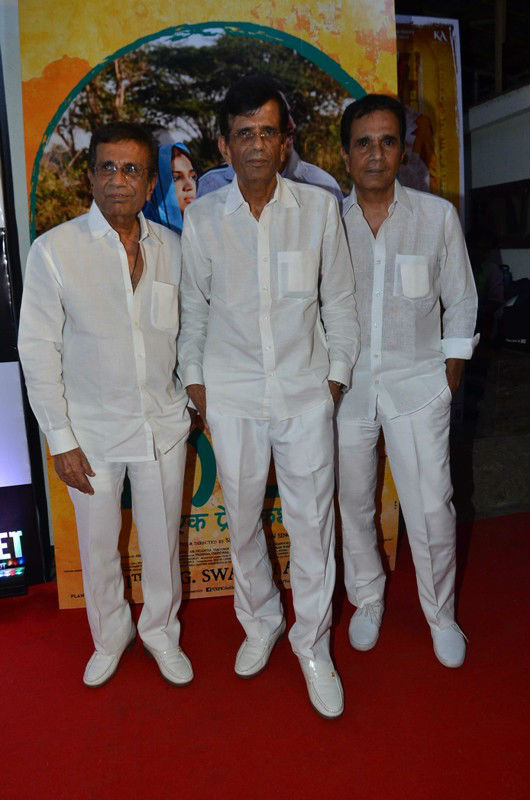 Director duo Abbas-Mustan with brother Hussein at the event 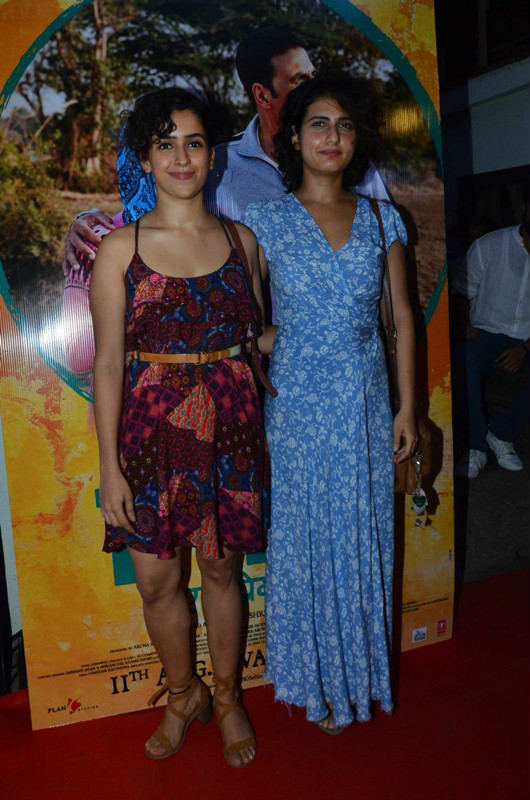