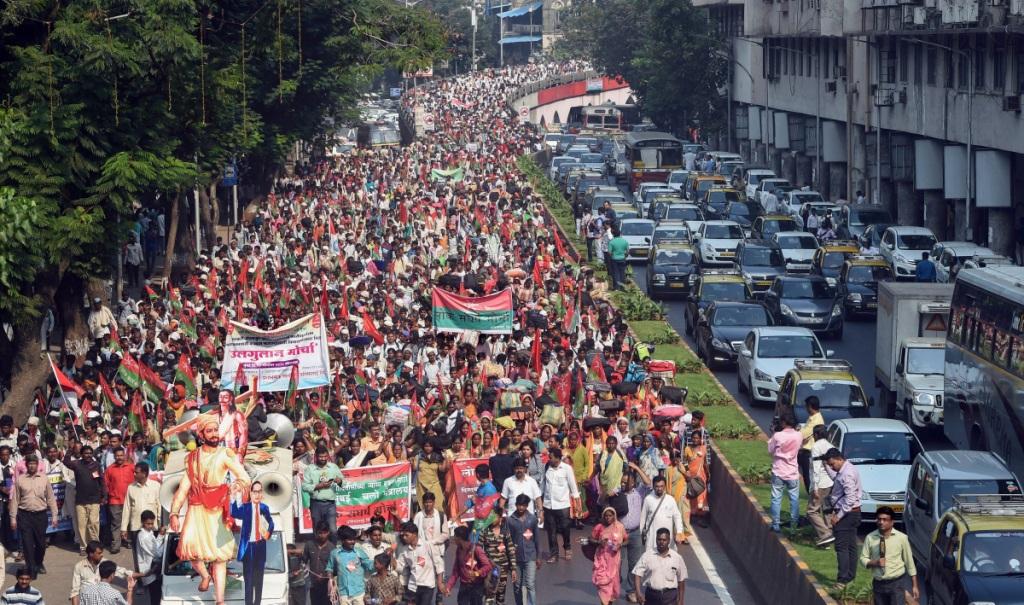 Mumbai: Thousands of farmers demanding compensation for drought and transfer of forest rights to tribals Thursday ended protest at Azad Maidan in south Mumbai, eight months after a similar protest was held at the venue./ PTI IMAGE 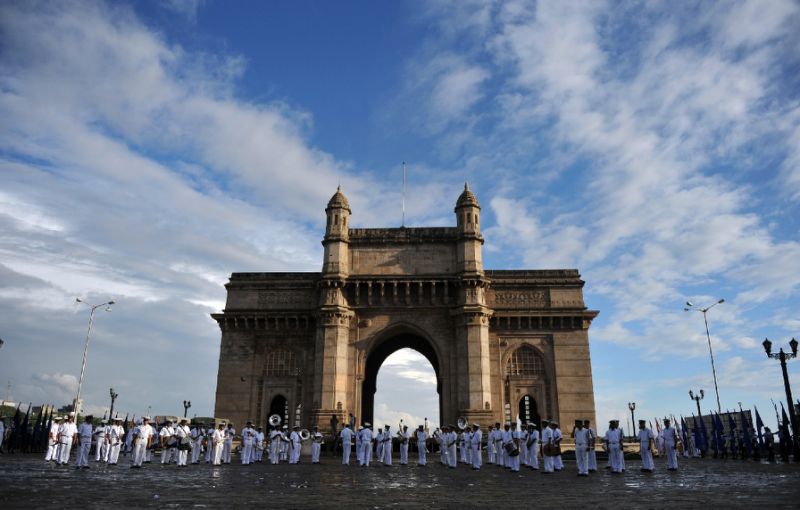 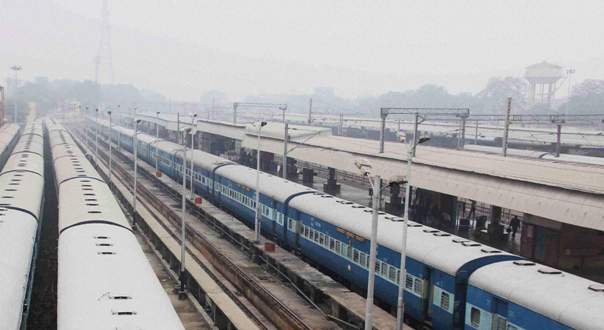 The government is also provided a train to go the farmers to go back. / Image representational: PTI 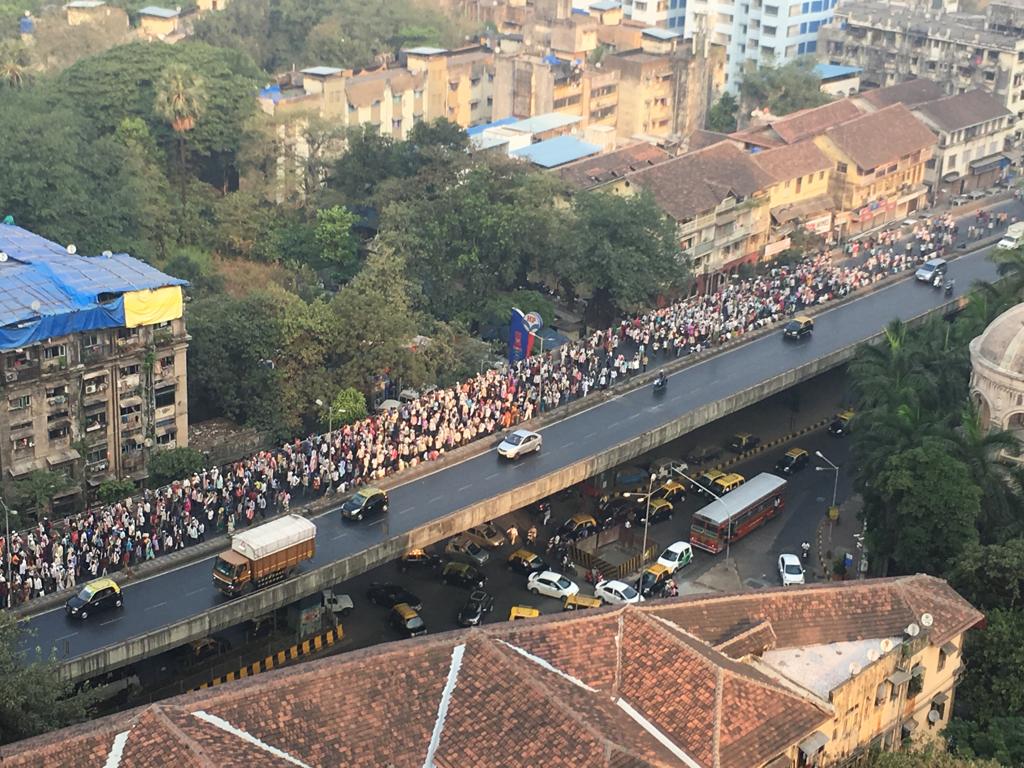 The farmers and tribals who began the two-day march from Thane to Mumbai on Wednesday had halted for the night at the Somaiyya Ground in Mumbai's Sion area, from where they began marching to Azad Maidan Thursday morning./ ABP News Garb 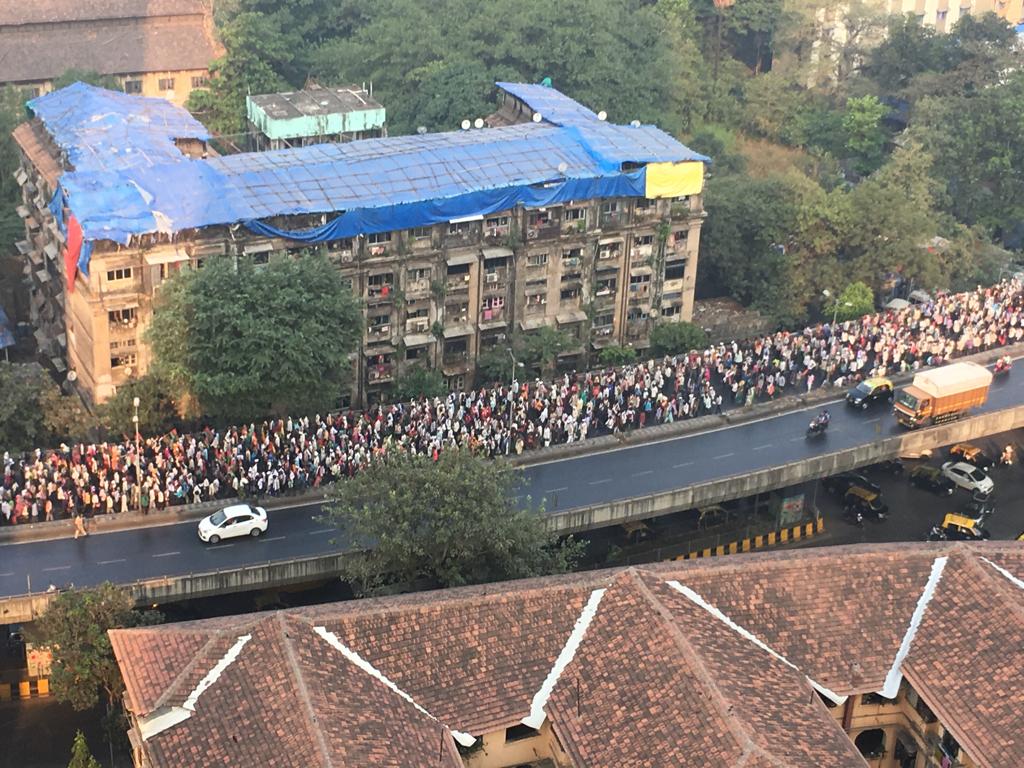 The morcha traversed through Dadar and the JJ flyover before reaching the Maidan, adjacent to the Mumbai municipal corporation headquarters./ ABP News Garb 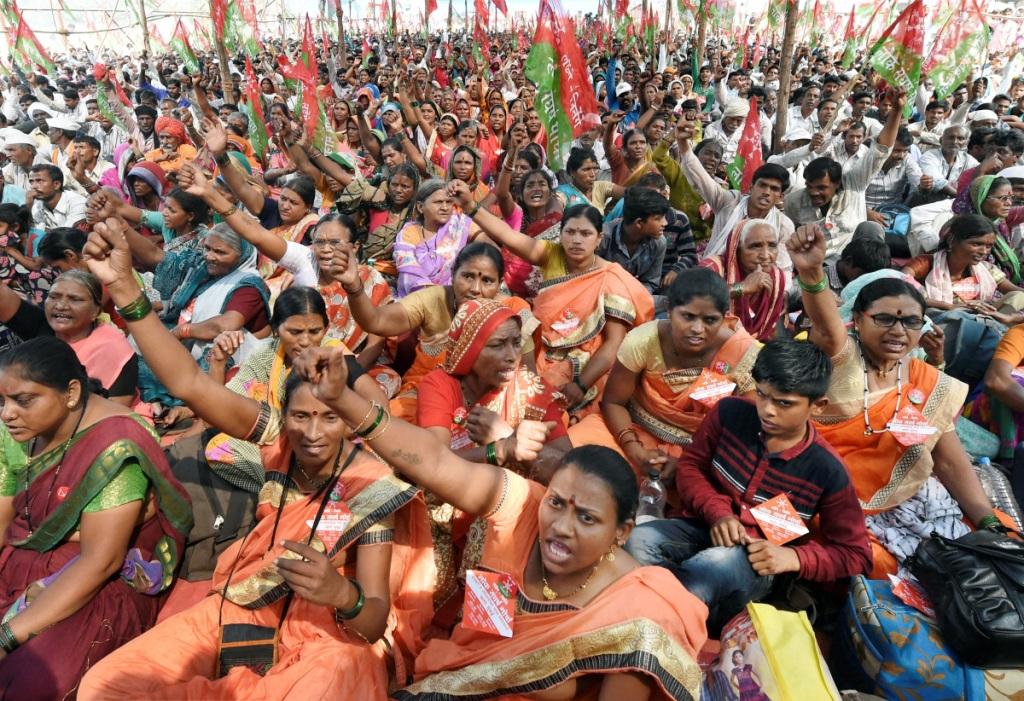 Magsaysay award winner Dr Rajendra Singh, also known as Waterman of India, was among the marchers. He blamed the government for drought, which he termed as "man-made"./ PTI IMAGE 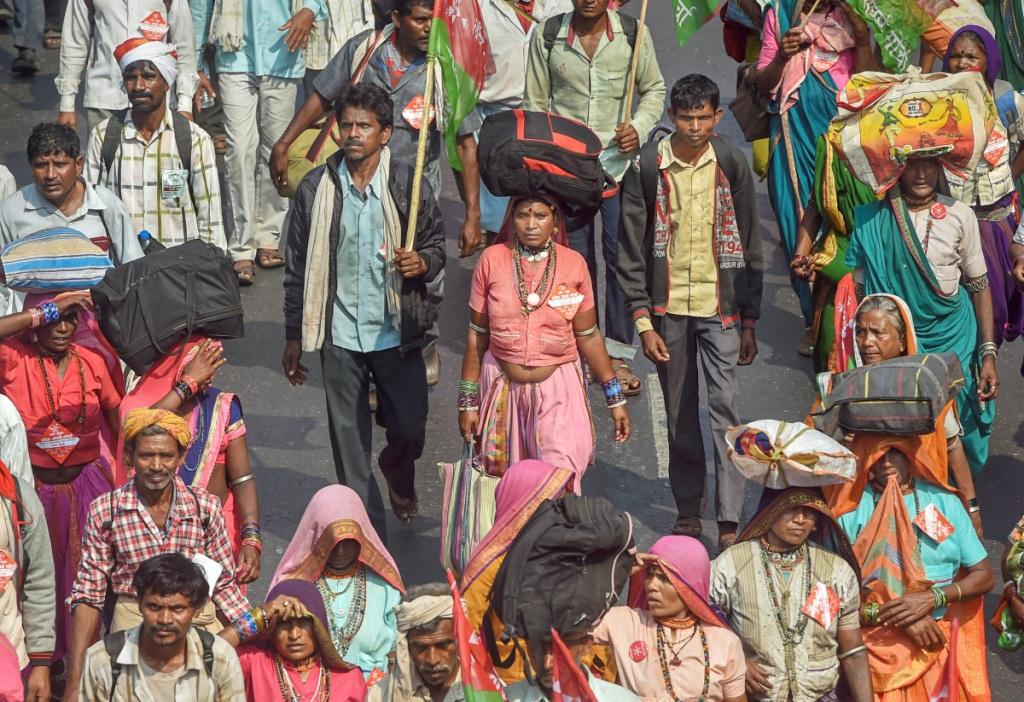 Maharashtra Chief Minister Devendra Fadnavis has invited the morcha leaders for talks Thursday afternoon at the Vidhan Bhawan, where the winter session of the state legislature in underway, a leader of the march said./ PTI IMAGE 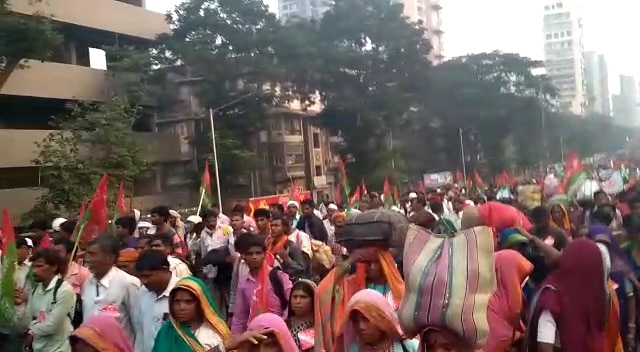 The farmers had demanded implementation of the Swaminathan Committee report, which suggested that farmers must have assured access and control over resources such as land and water. They are also demanded an increase in the minimum support price and a judicial system to ensure its implementation. / ABP News Garb 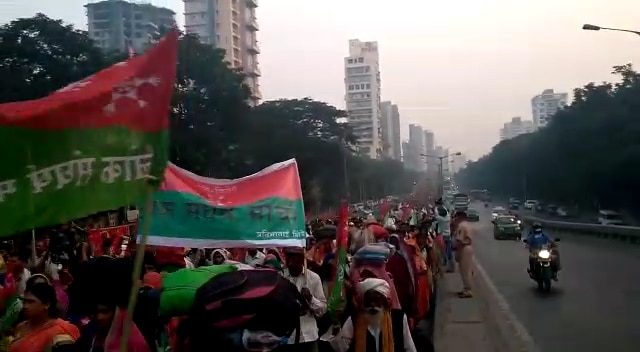 The farmers, struggling to cope with the agrarian crisis, were demanding proper implementation of the loan waiver package announced by the BJP-led government in the state last year, land rights for farmers and compensation for farm labourers./ ABP News Garb 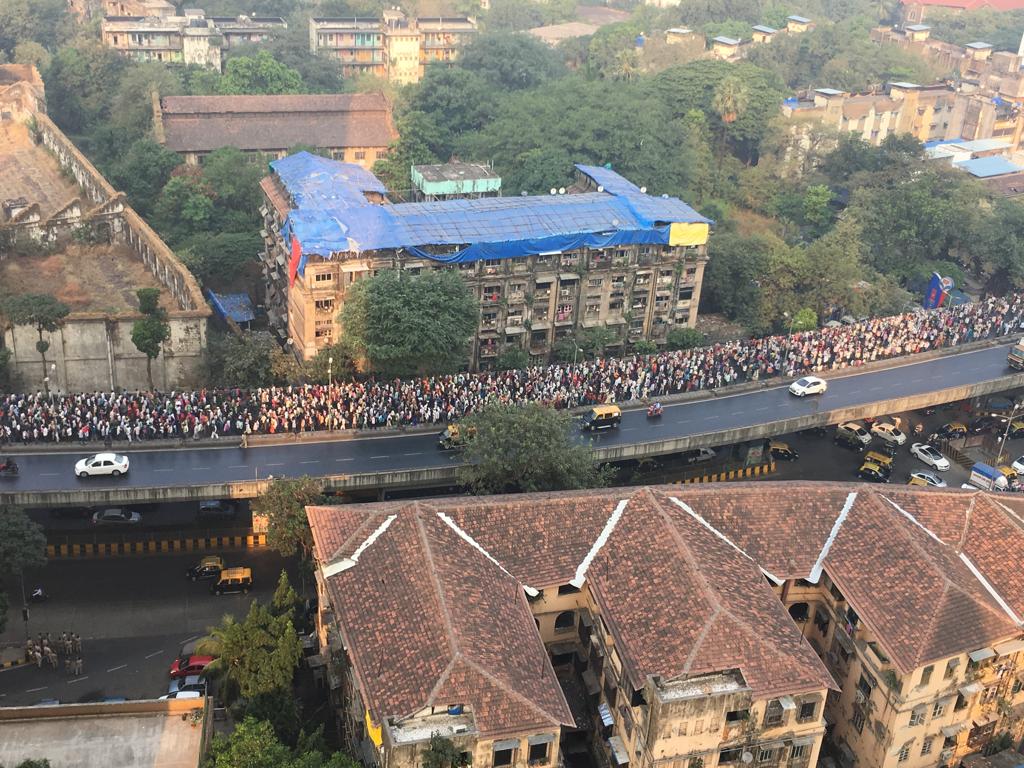 In March, thousands of farmers, led by the Left-affiliated All India Kisan Sabha, took out a 180-km long march from Nashik to Mumbai in March to press for their demands./ ABP News Garb 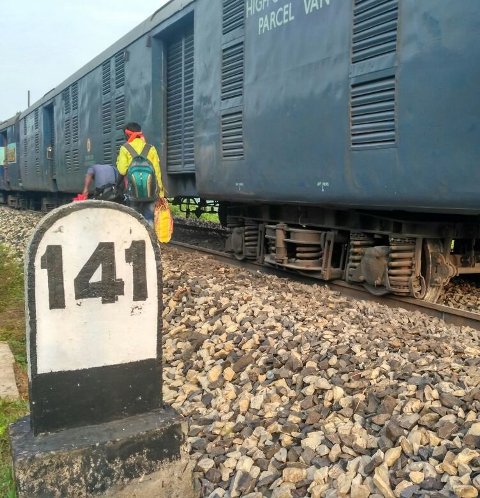