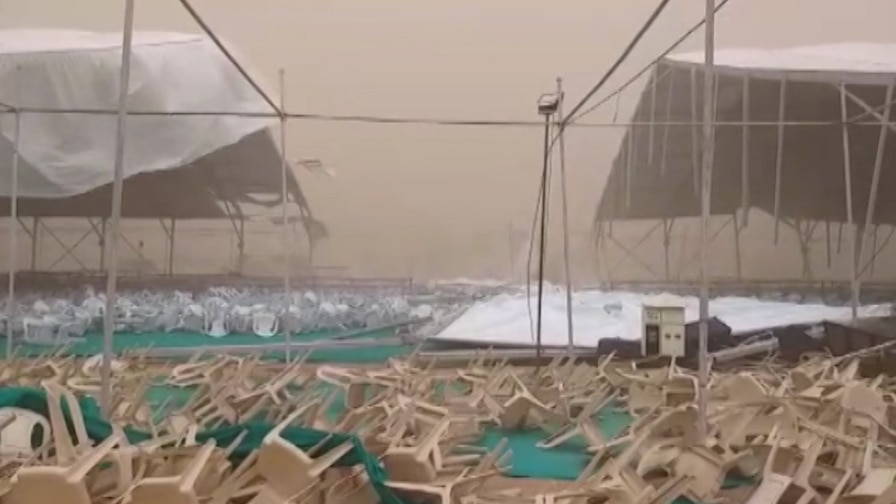 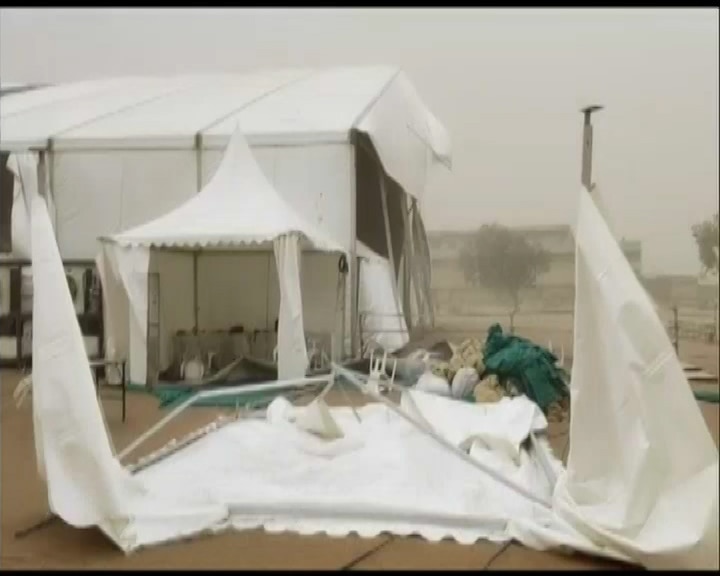 2. Some covering material of the structure was either blown away or torn apart, local BJP leaders said, adding that the structure, which is intended to provide shade to people and dignitaries on stage, remained largely intact. / ANI IMAGE 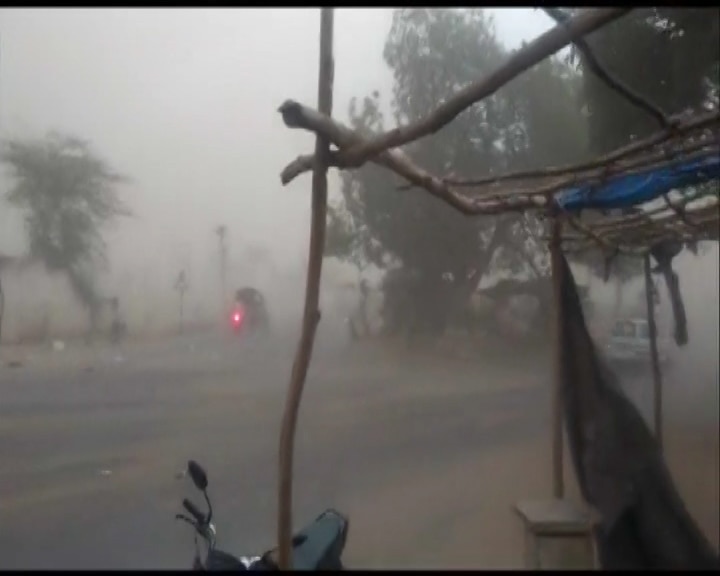 He exuded confidence that the damaged portion will be repaired soon./ ANI IMAGE 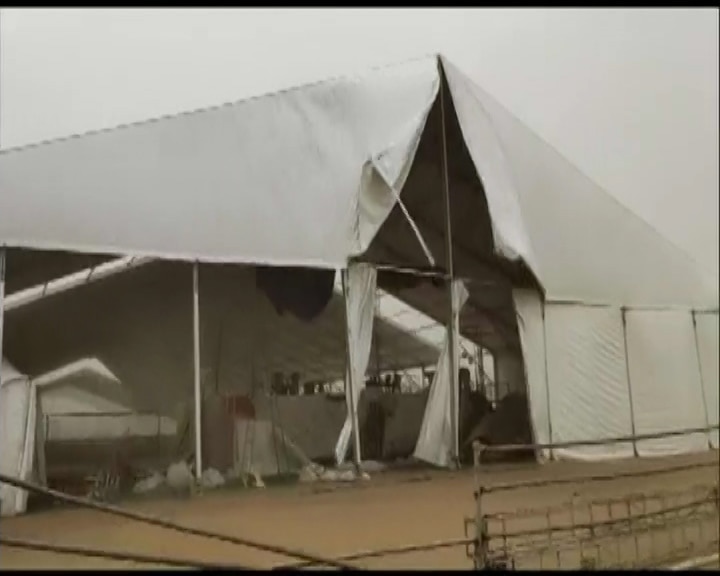 "The PM's rally will take place as perschedule tomorrow afternoon. The storm damaged some potion of the dome as well as the decoration. It will be repaired soon," Jadeja told reporters./ ANI IMAGE 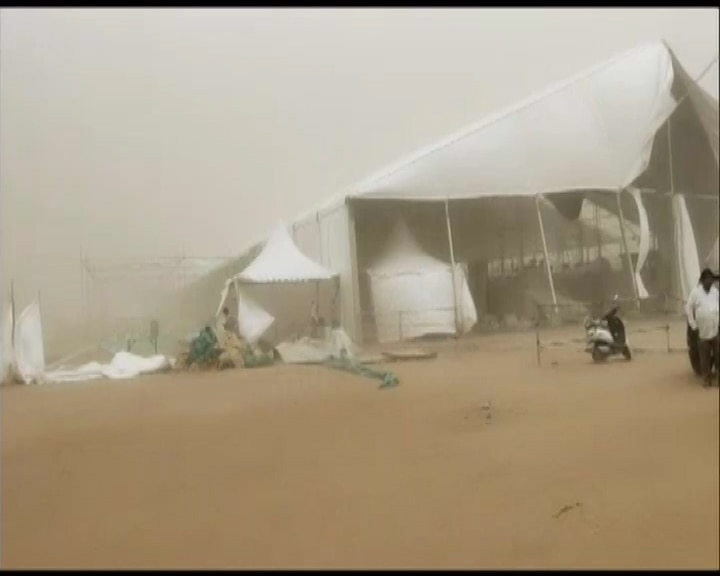 As per a BJP release, Modi would address three election rallies Wednesday at Himmatnagar, Surendranagar and Anand, and one at Amreli on Thursday./ ANI IMAGE 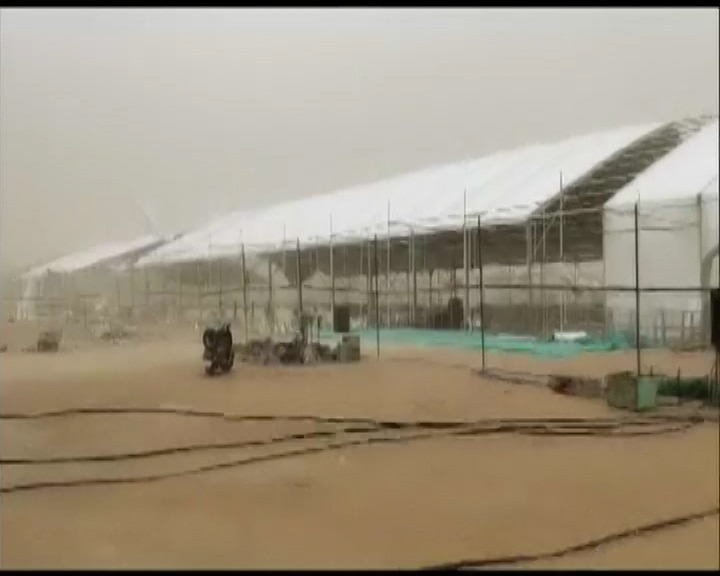 The Meteorological Centre here had issued a warning earlier in the day that "thunderstorm /dust raising winds" with light rain would occur in some parts of north Gujarat./ ANI IMAGE 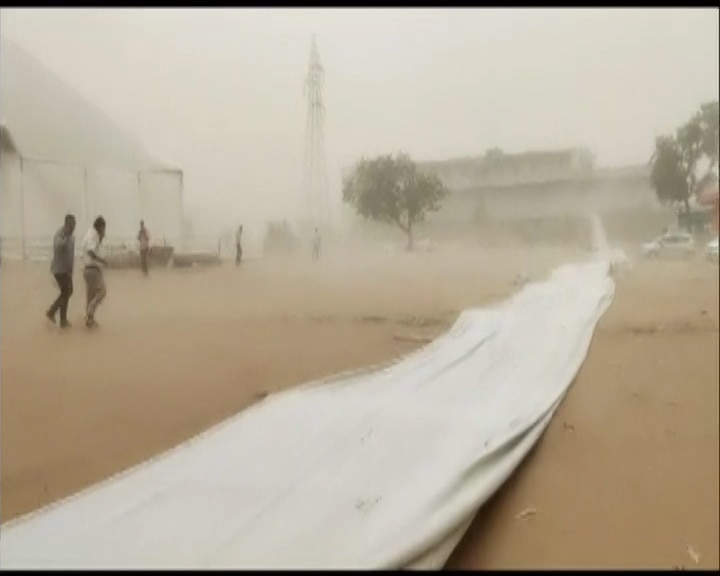 Ahead of the rally, Prime Minister has also approved Rs. 50,000 each for those injured due to unseasonal rain and storms in parts of Gujarat./ ANI IMAGE