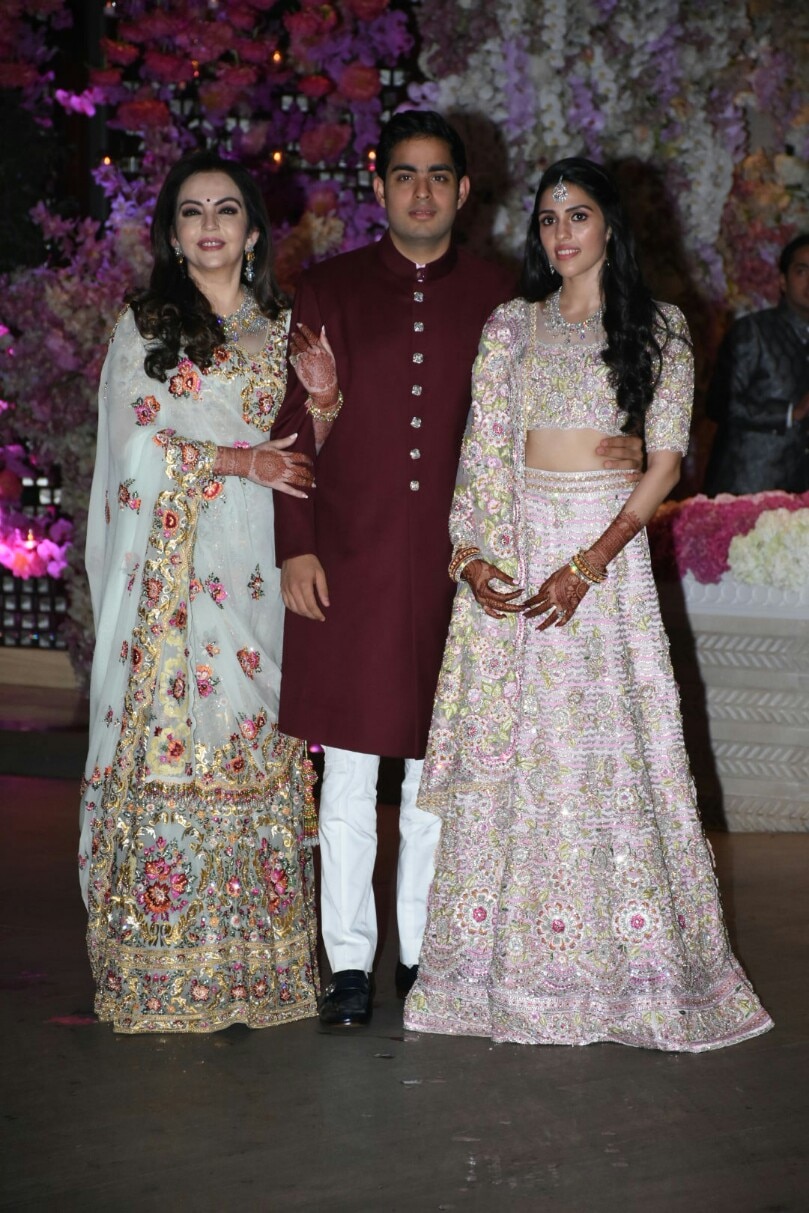 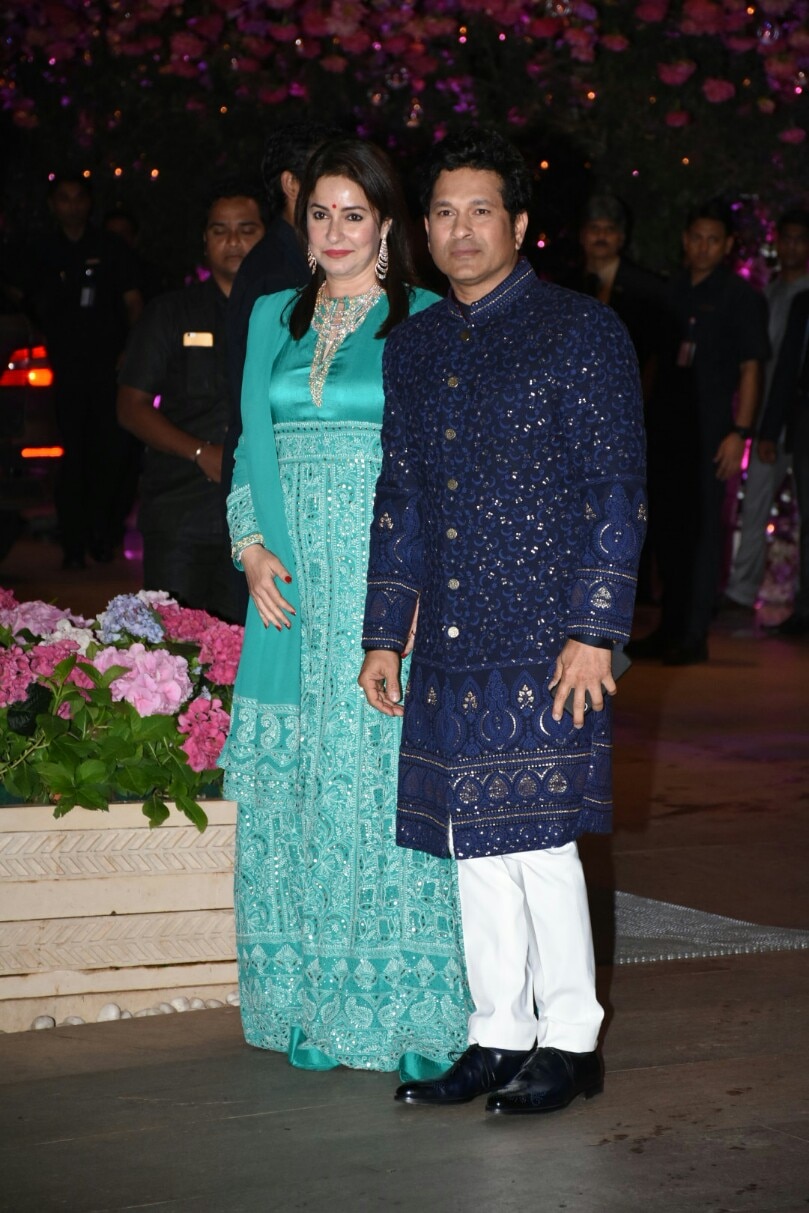 Sachin Tendulkar, who shares a close association with the Ambanis was spotted at the party along with his wife. Sachin Tendulkar was all smiles were posing for the shutterbugs 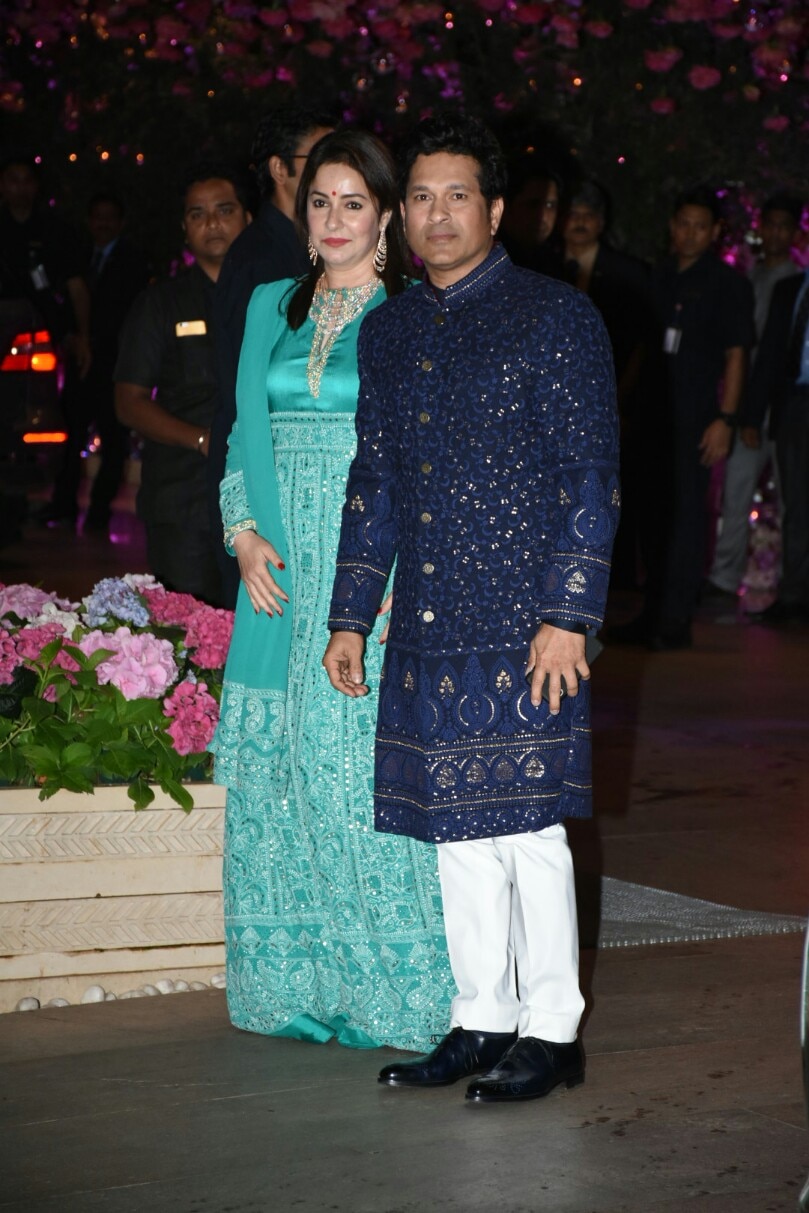 Sachin Tendulkar and Anjali Tendulkar definitely know to how to strike a pose. 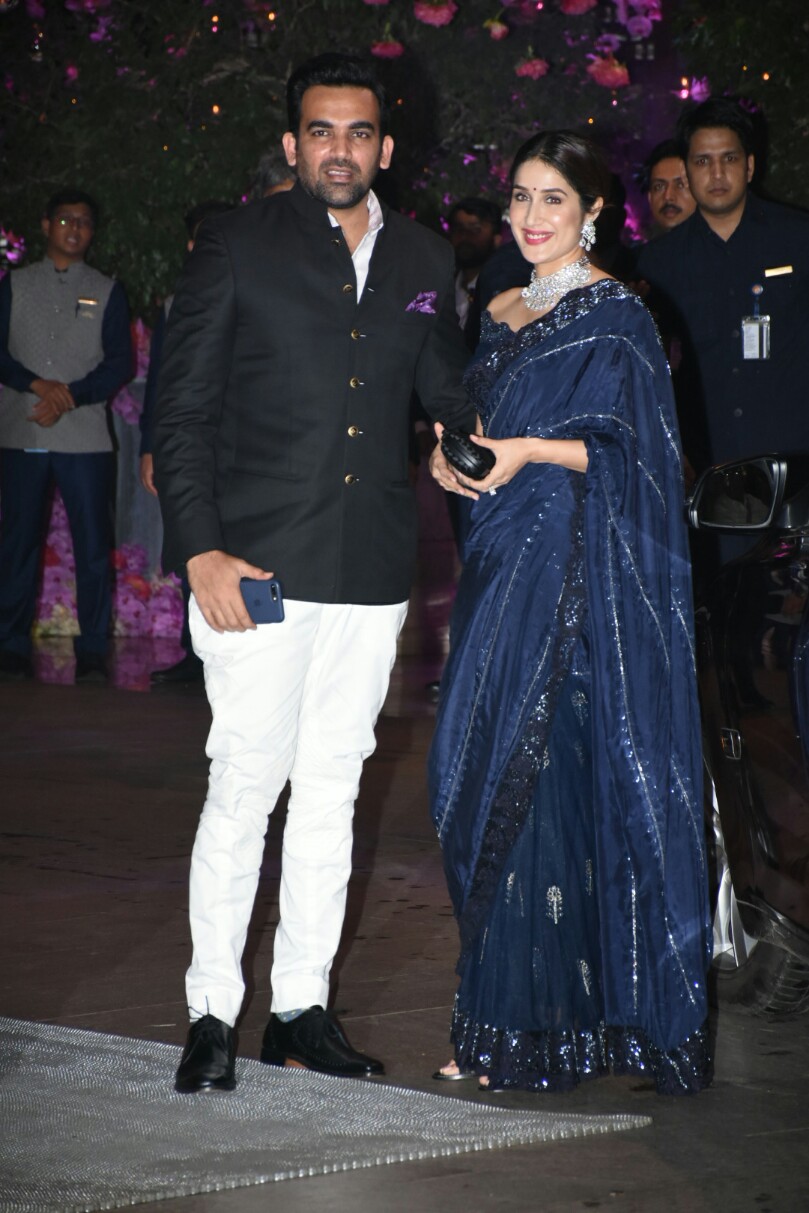 Sagarika Ghatge , known for her role in SRK’s Chak De India, looked stunning in her blue saree while bubby Zaheer complimented the B-town diva in his traditional attire. 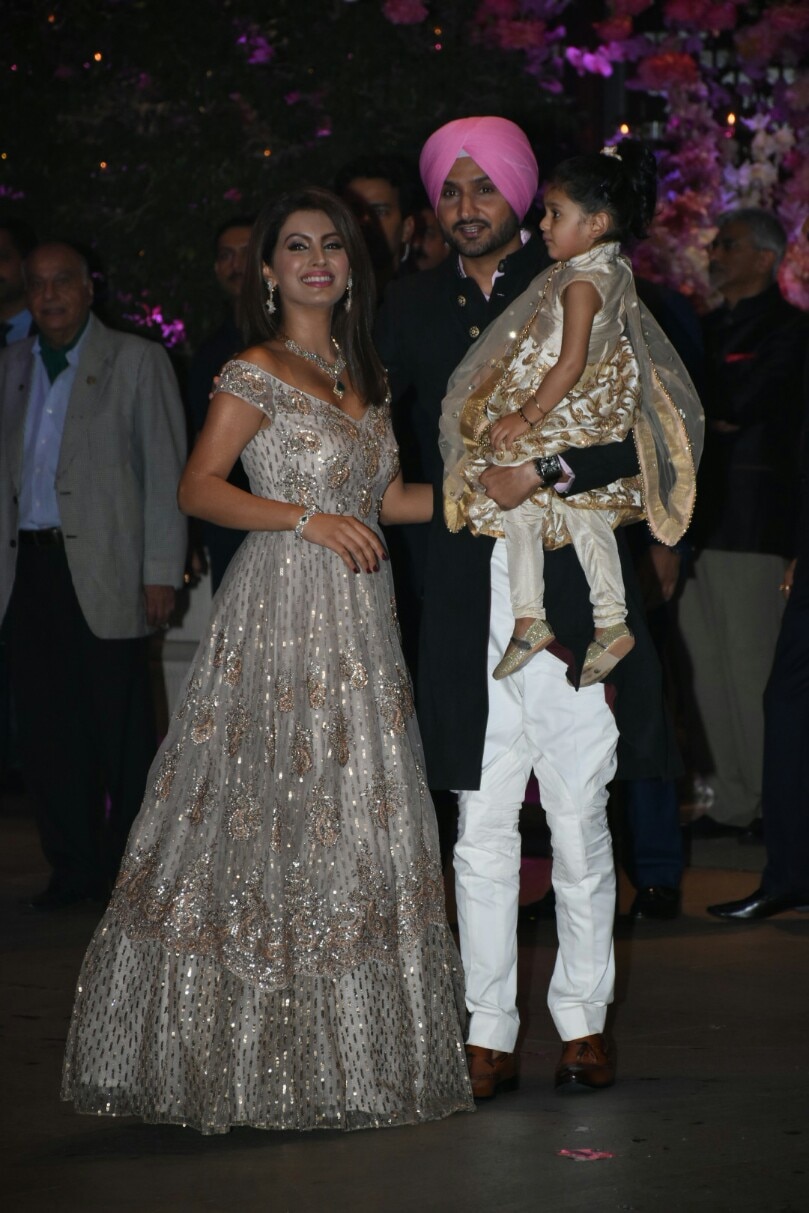 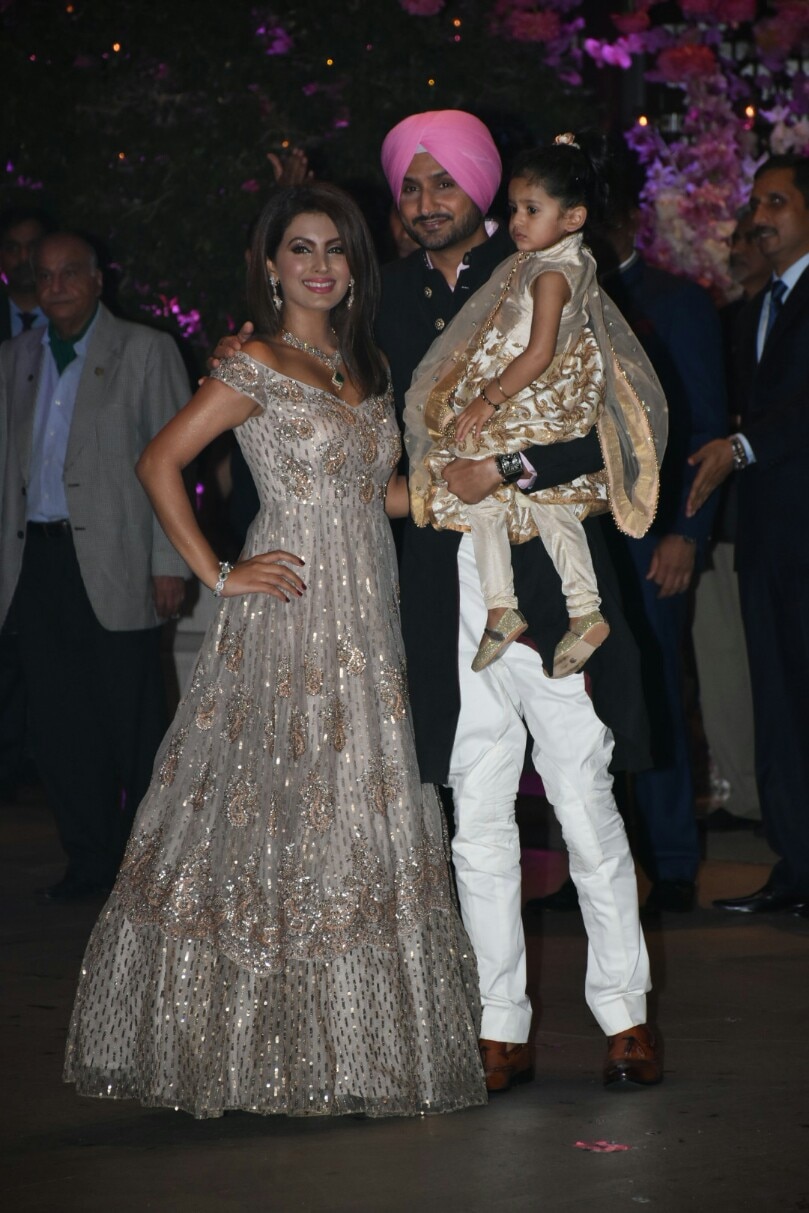 Harbhajan, who had previously led Mumbai Indians in the Indian Premier League, looked handsome in black and white combination. Geeta looked a million bucks in her sparkling gown. 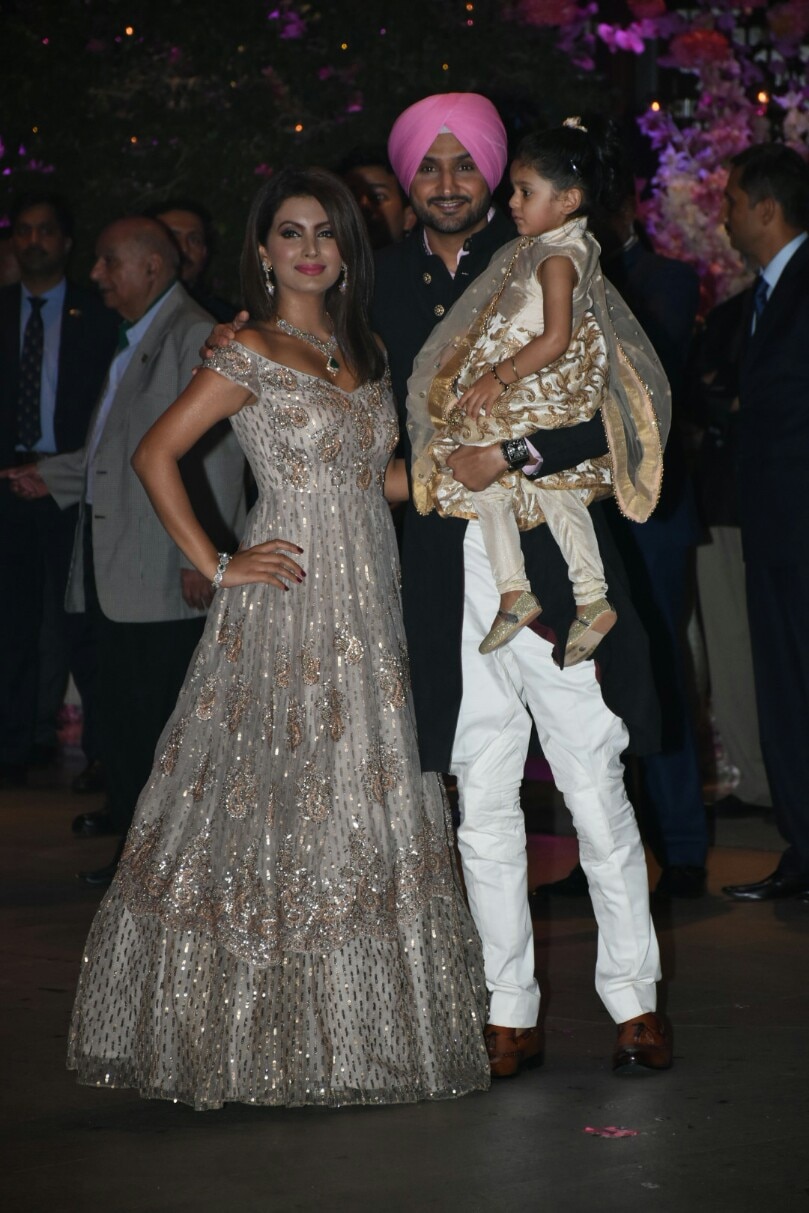 Harbhajan and Geeta’s cute daughter Hinaya could be seen all cuddled up in her daddy’s arms at the engagement party. (All Pics credit- Manav Manglani)