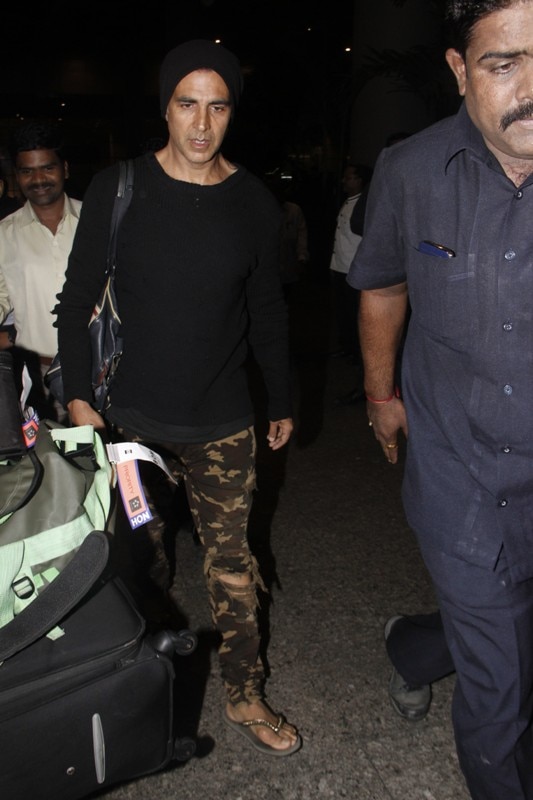 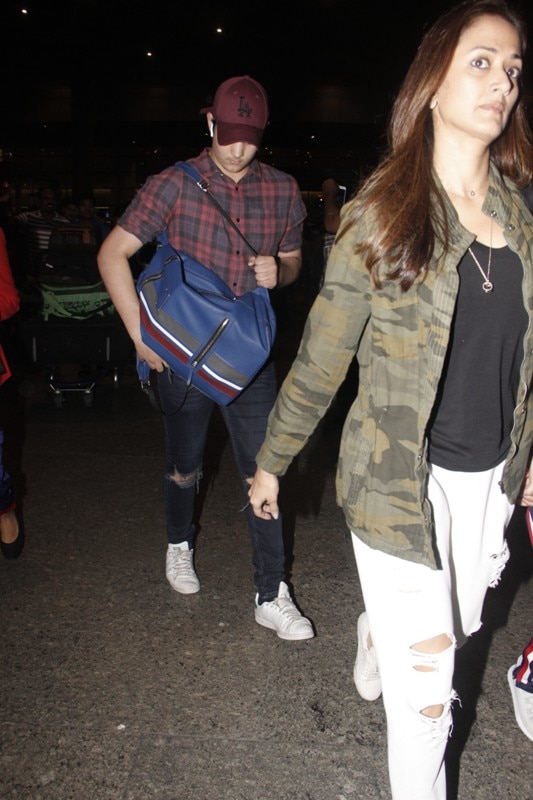 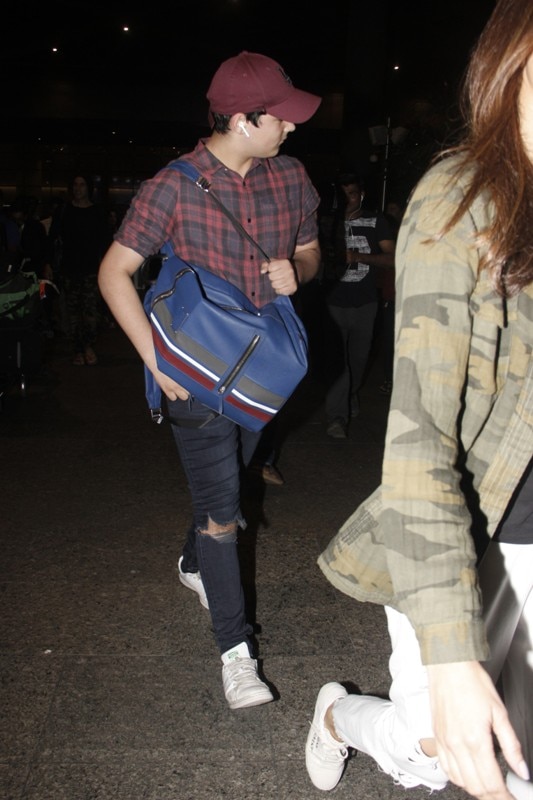 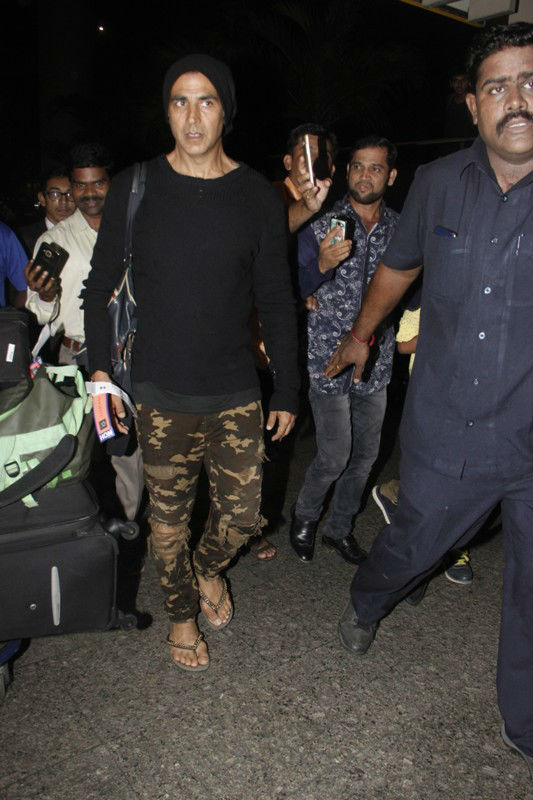 Akshay looked uber cool in a black tshirt and military pants. The actor kept it casuals with his chappals 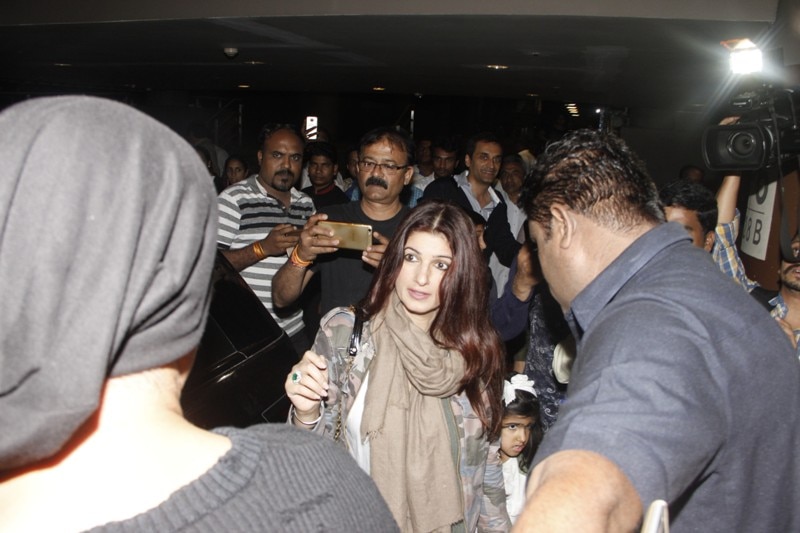 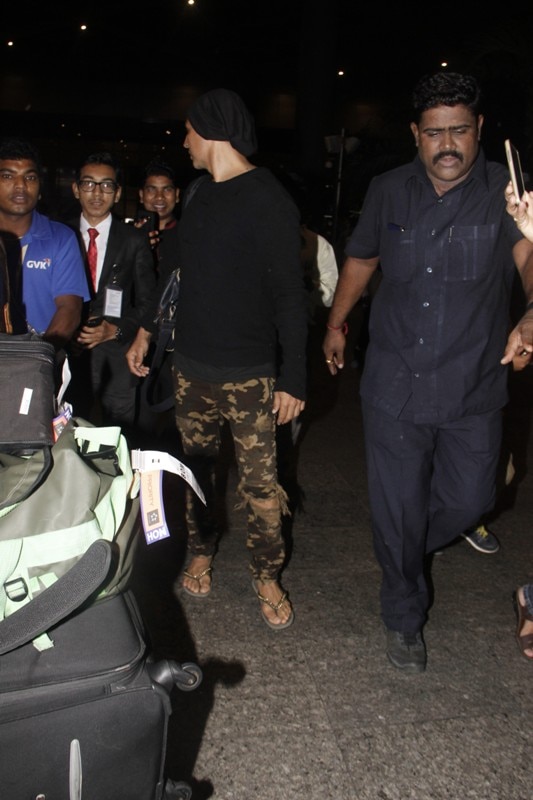 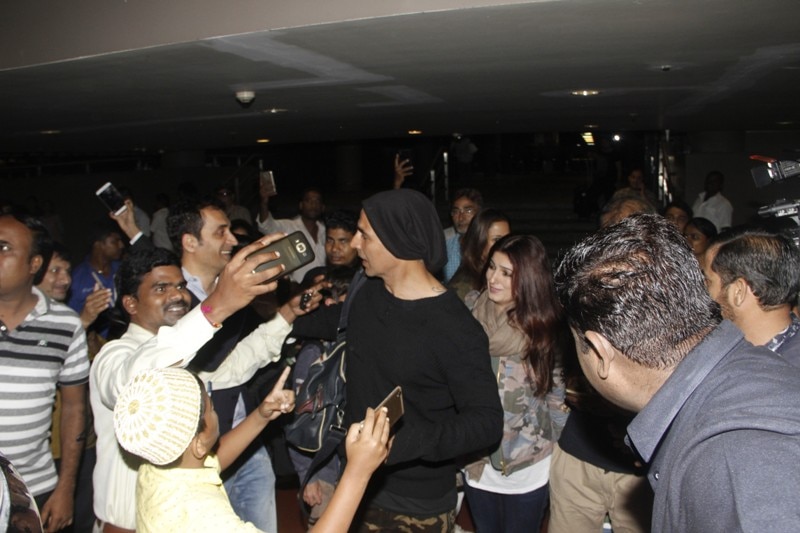 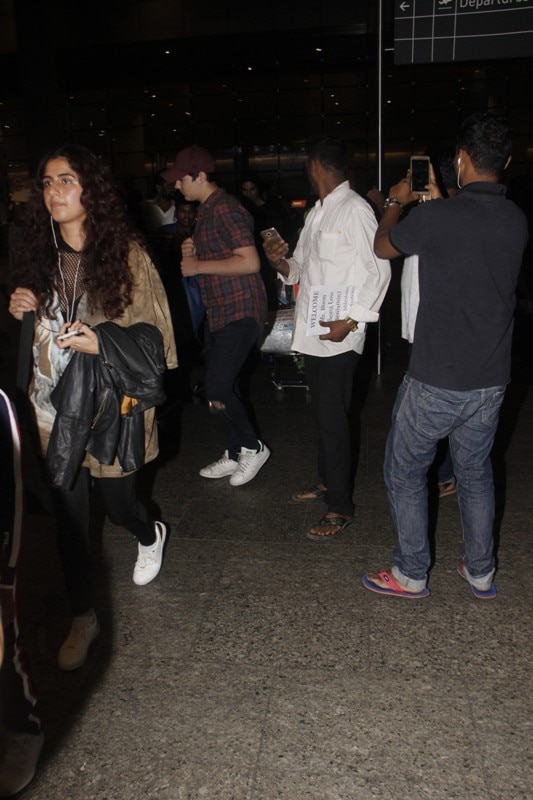 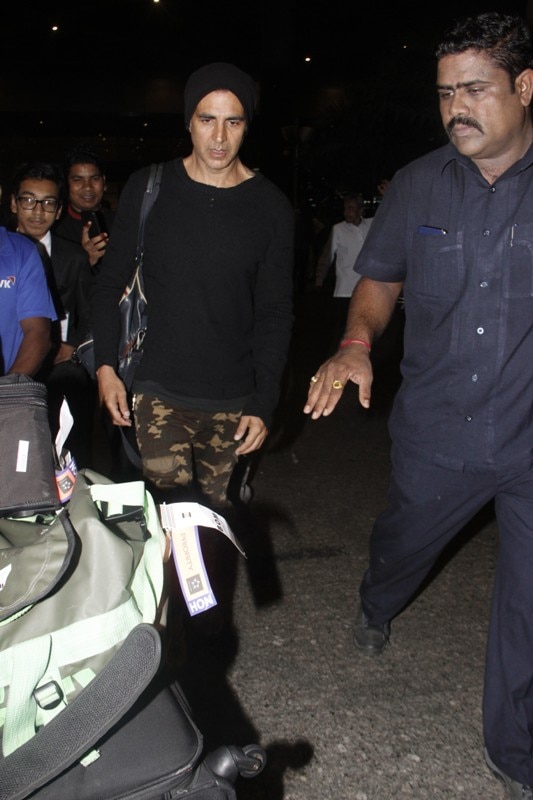