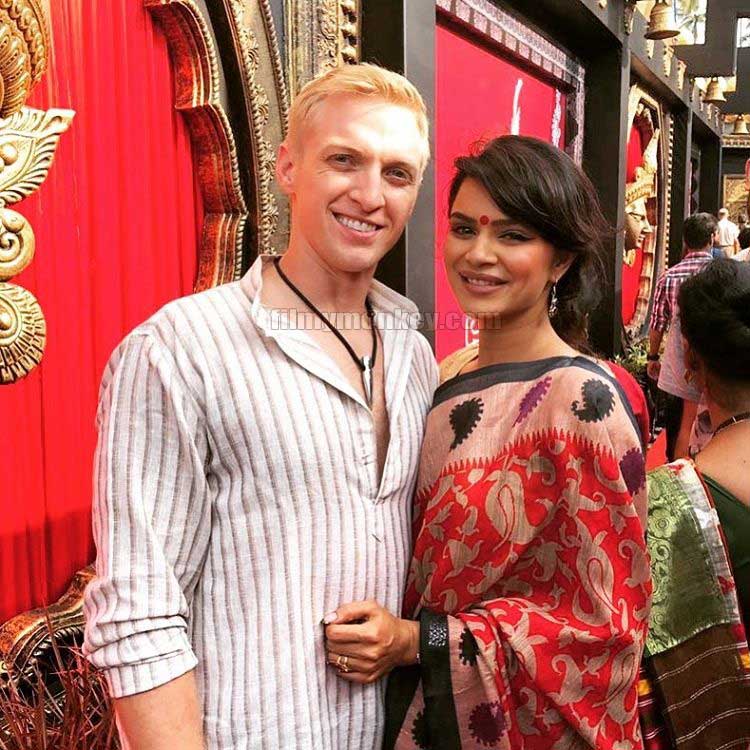 Naagin actress Aashka Goradia recently revealed that she will exchange the wedding vows with her beau Brent Goble on December 3 this year. 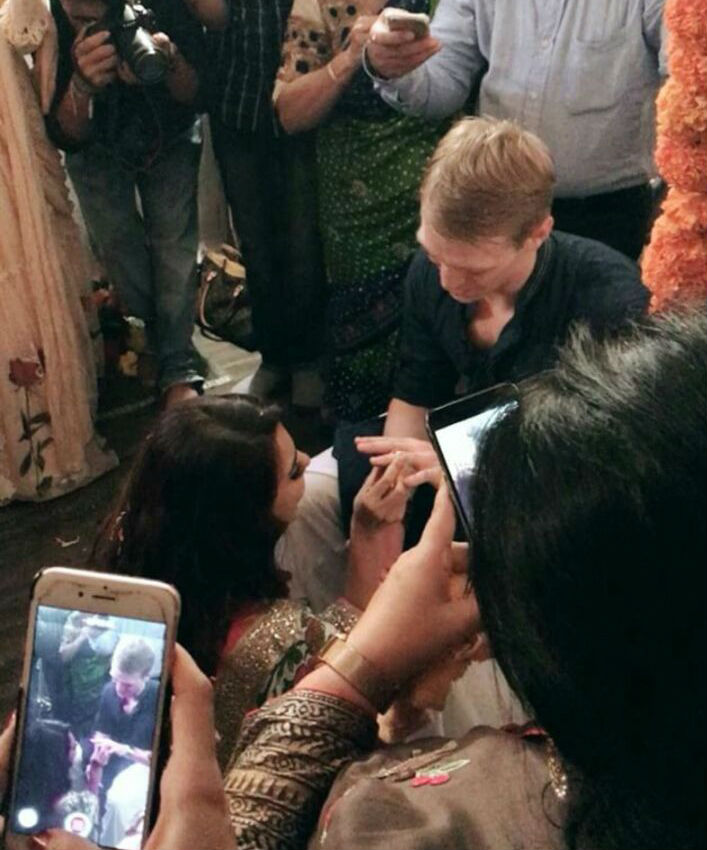 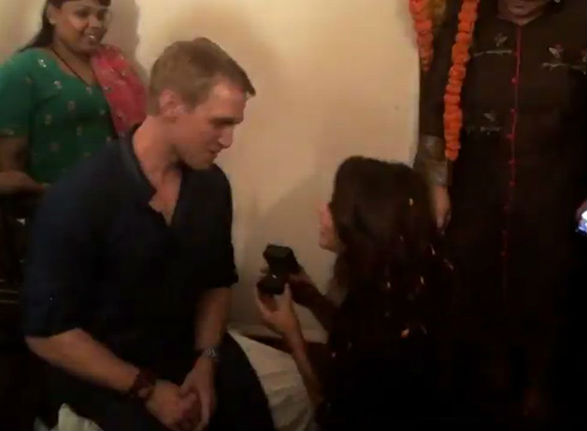 The couple who was last seen together in dance reality show 'Nach Baliye 8' got engaged in presence of their close friends and co-stars from 'Naagin 2'. The ceremony took place in Oshiwara at Aashka's close friend Pompy's house. 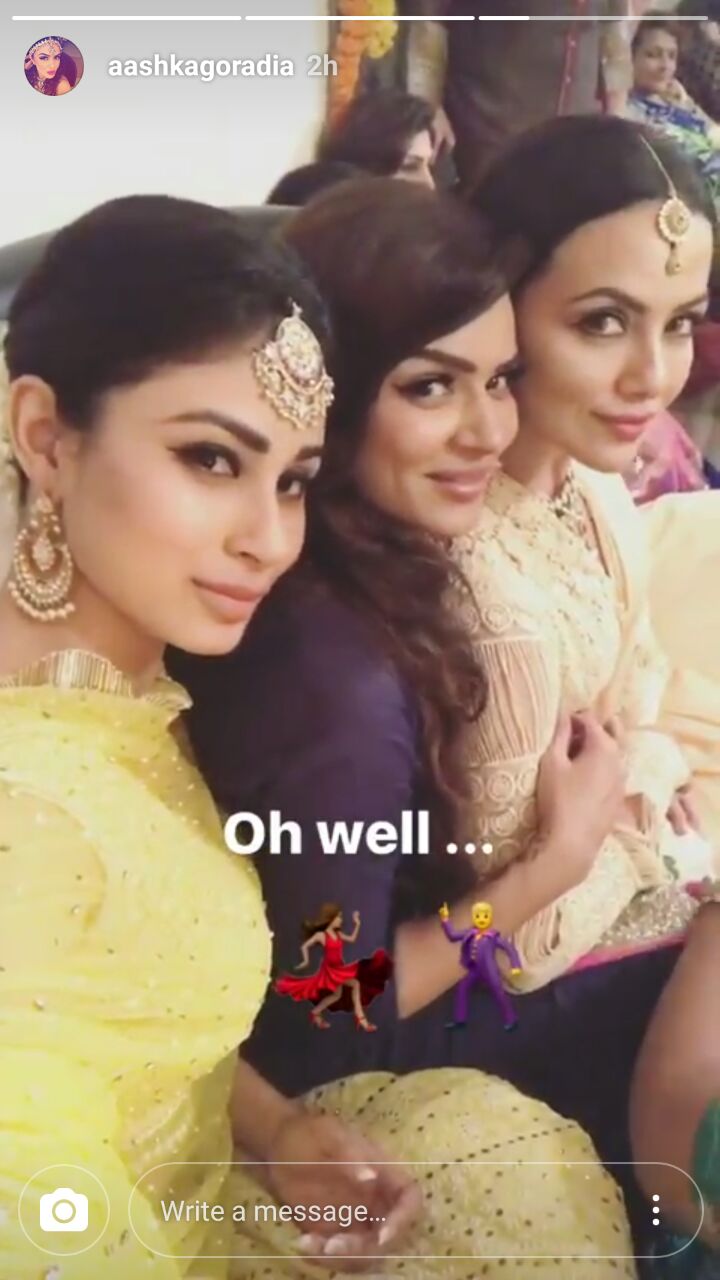 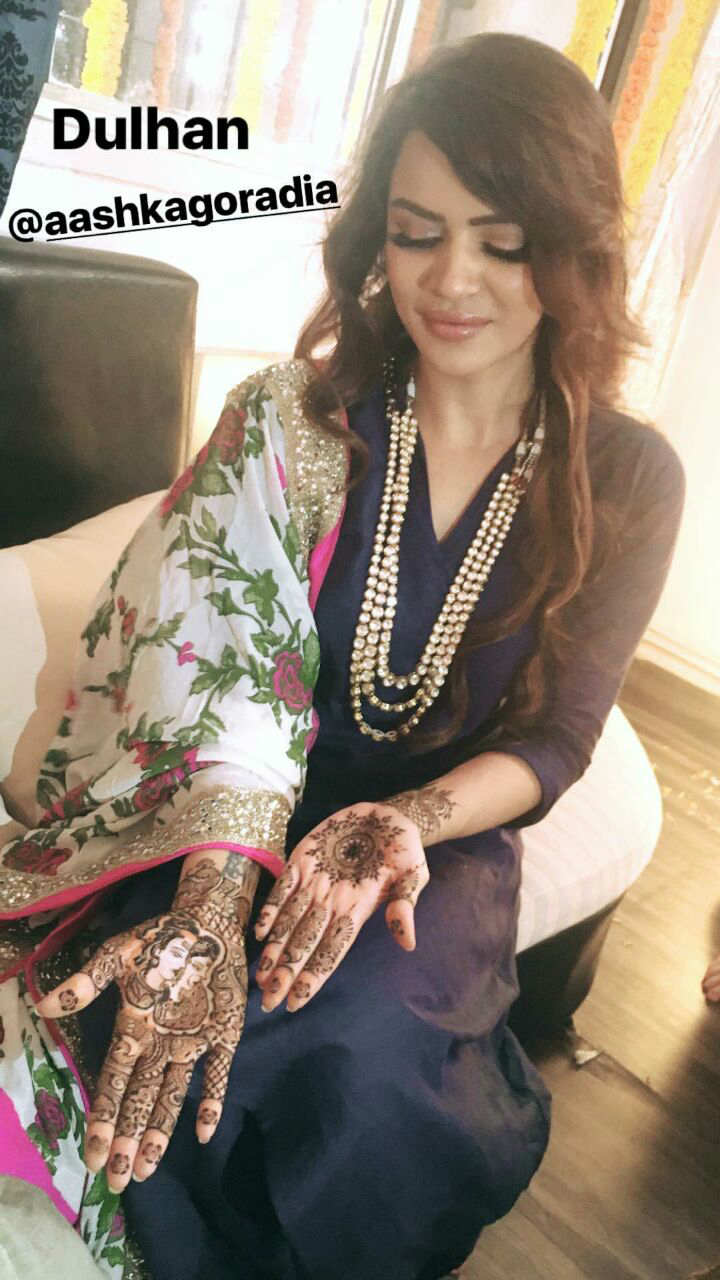 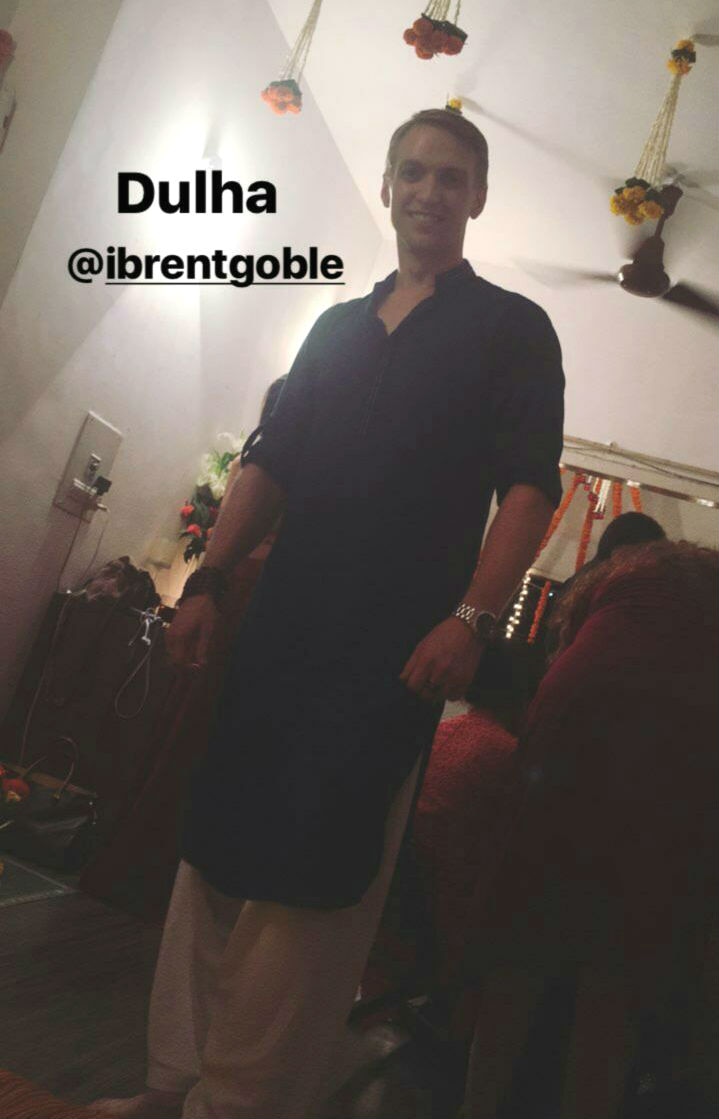 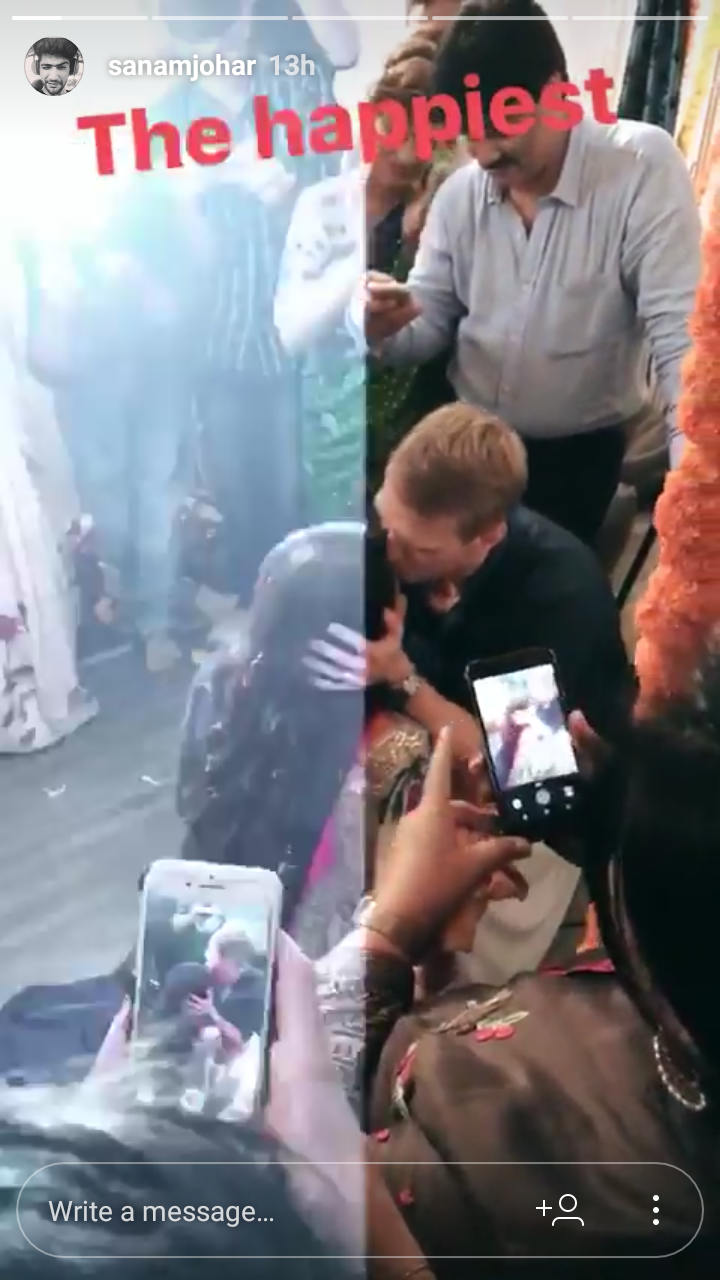 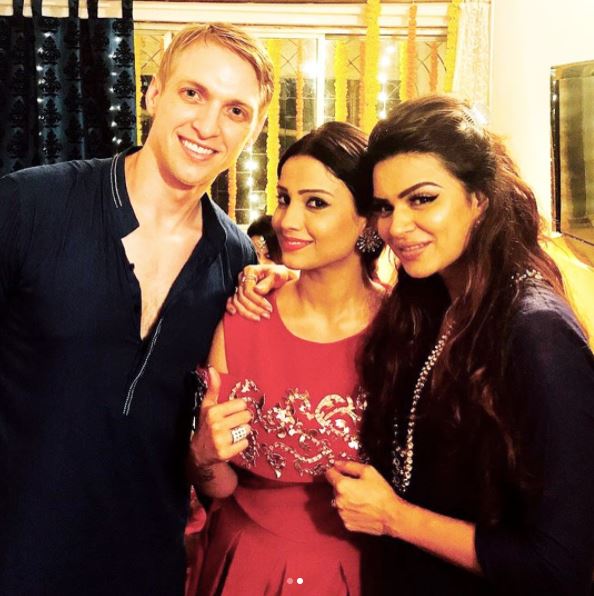 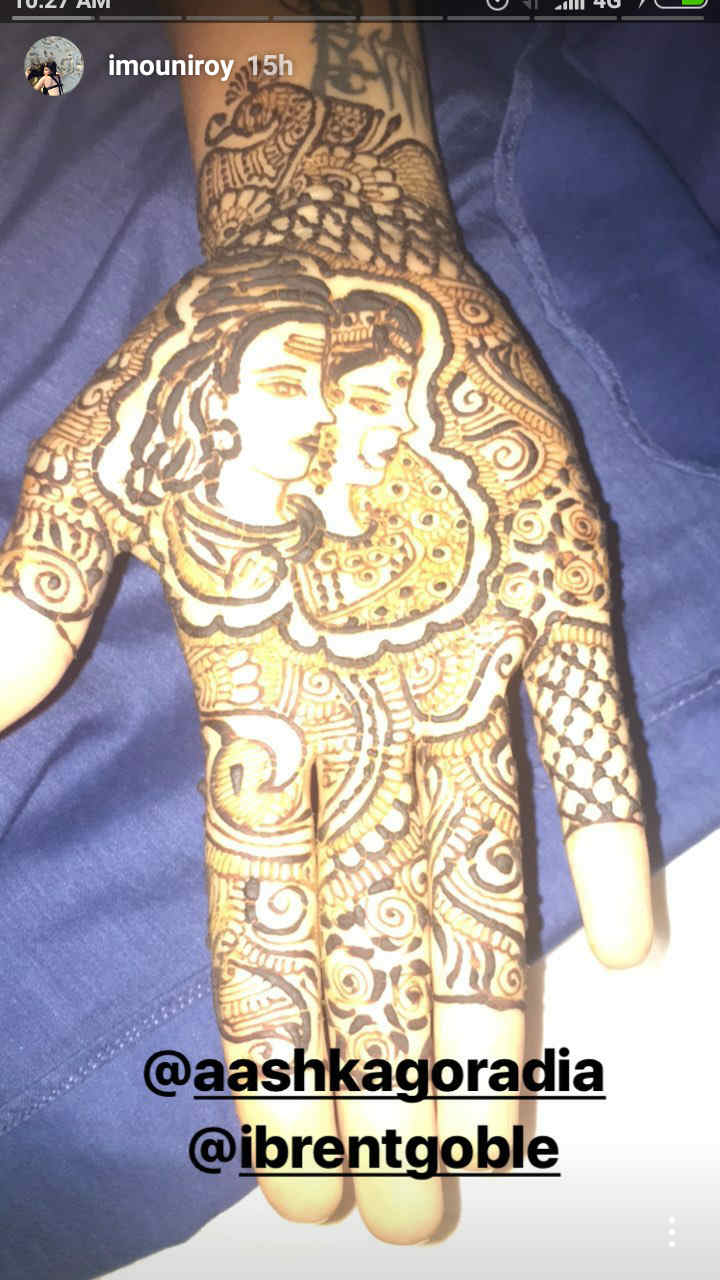 A closeup of Aashka's mehendi 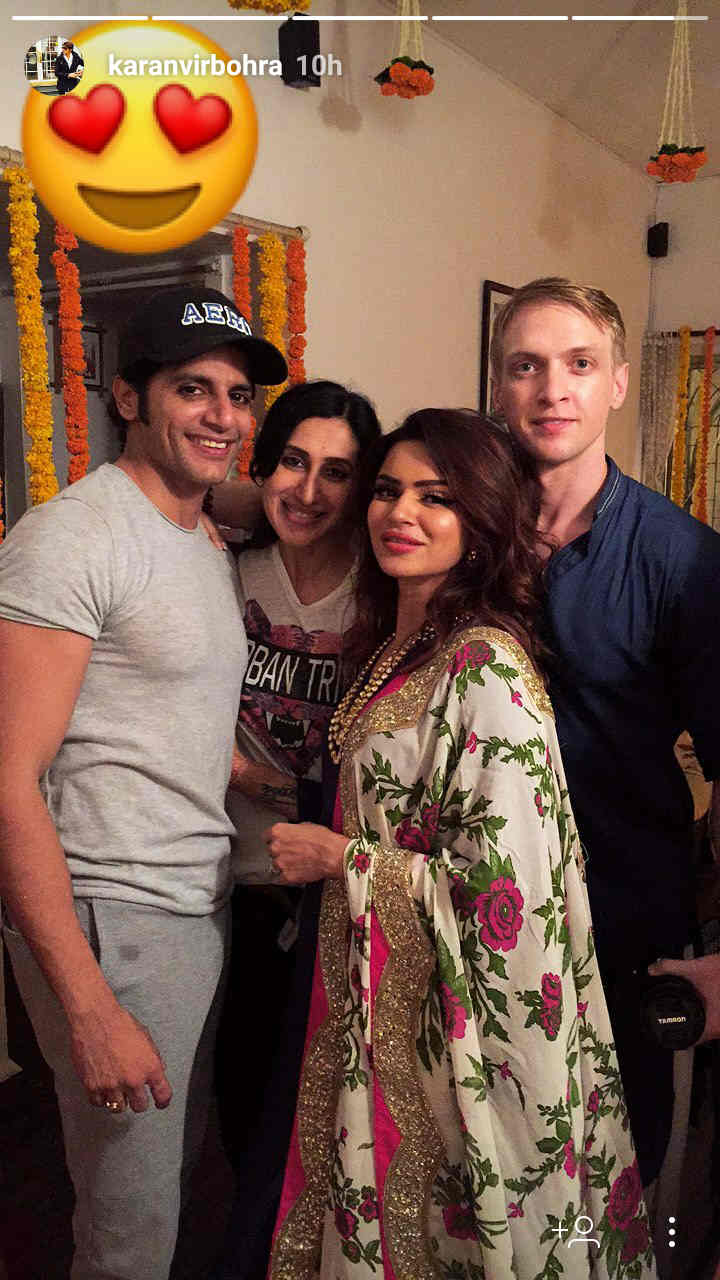 Actor Karanvir Bohra and his wife Teejay posing with the couple 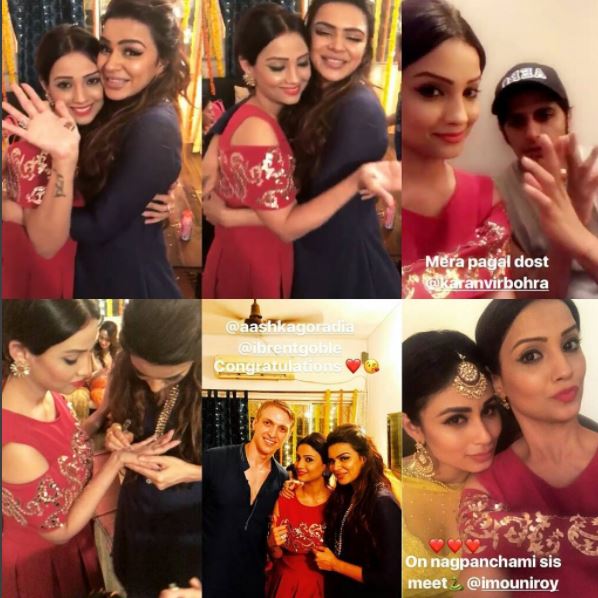 On a related note, Brent & Aashka had officially got engaged last year in New York in English style at Brent's home. But certain common friends insisted who had failed to fly off to NY insisted that they get engaged all over again.Hence they organised this evening. 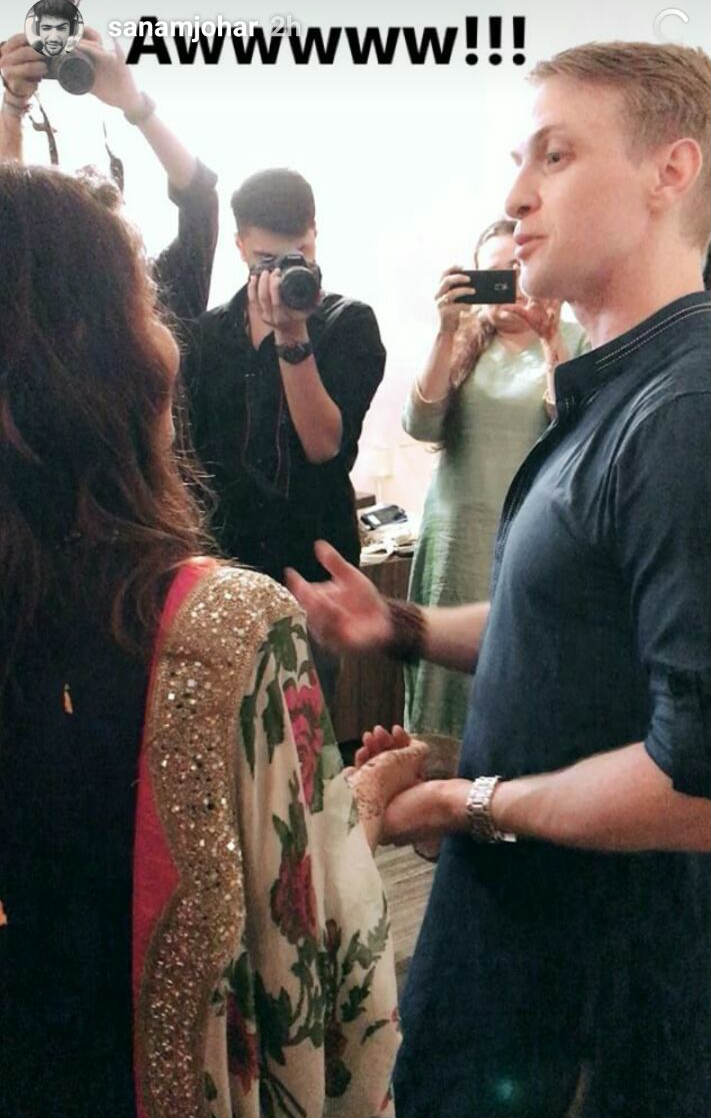