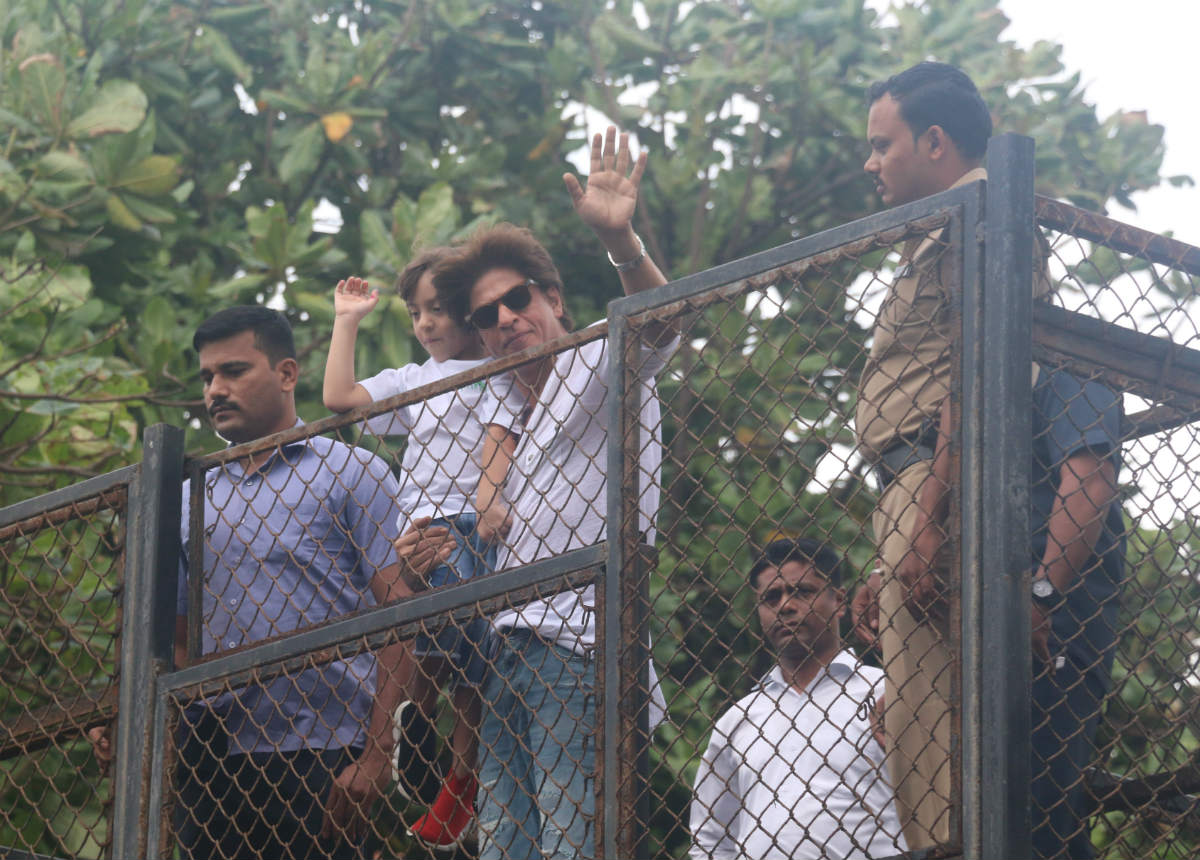 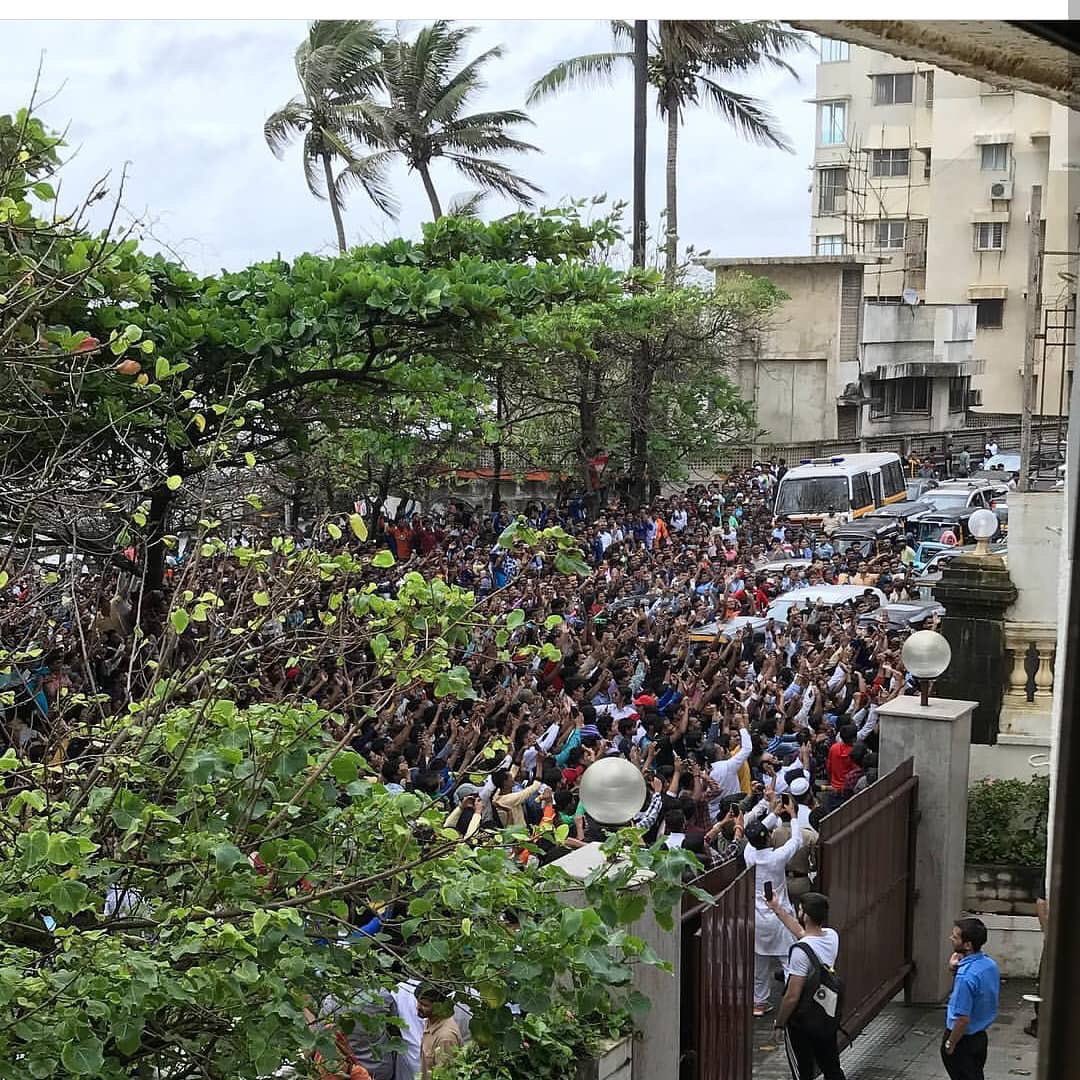 SRK posted this picture on Twitter wishing 'Eid' to everyone in which thousands of his fans can be seen outside ;Mannat' to cath a glimpse of him. He wrote, "Eid Mubarak to everyone. May Allah bless each and all with health and happiness. Thank u for coming home and making the celebrations every time so special. Love from my whole family to u."(Photo: Twitter) 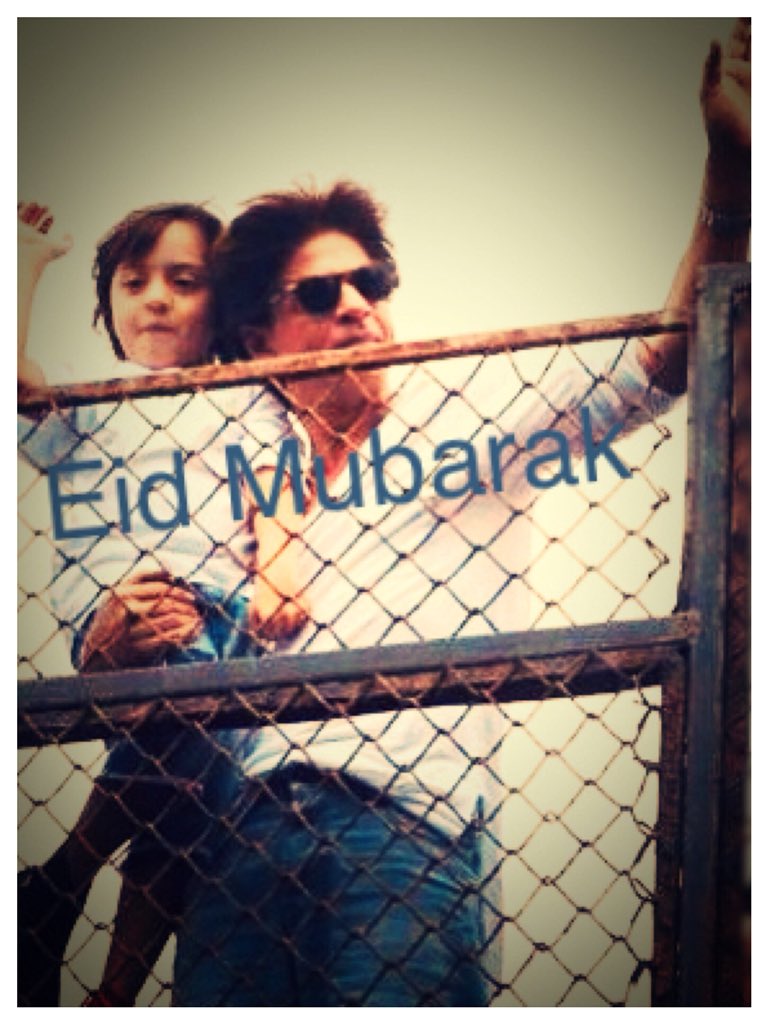 He also posted a picture with son Abram on Twitter with "Eid Mubarak" written on it. The picture has been captioned as, "Thank u again...." (Photo: Twitter) The father-son duo was seen twinning in white as they get snapped outside 'Mannat'. (Photo: Manav Manglani) 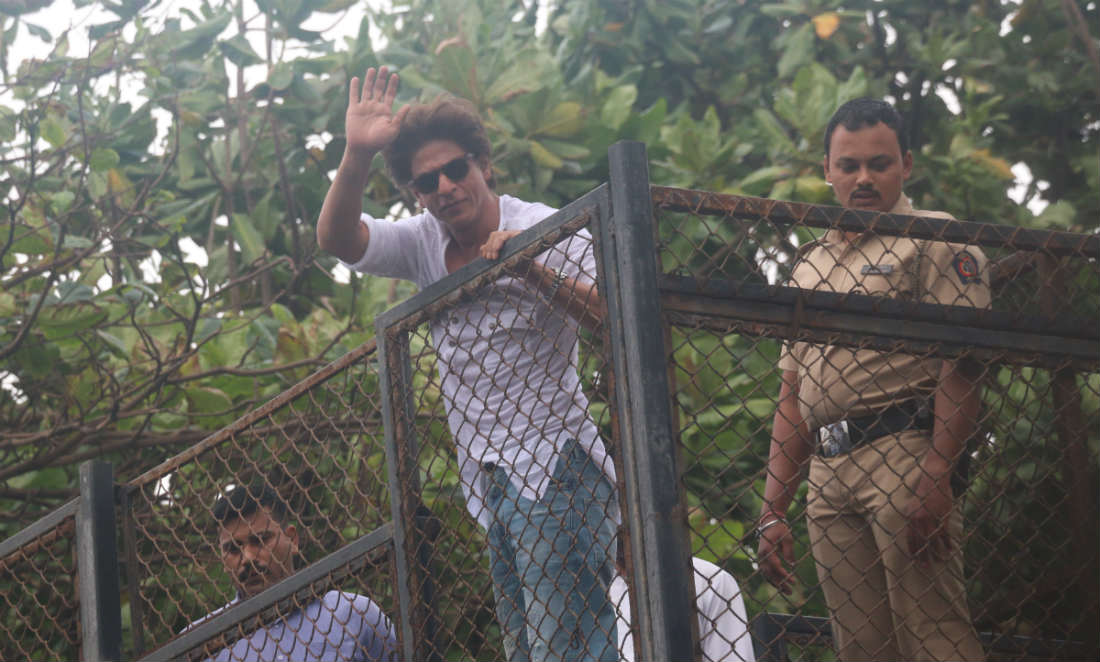 On the professional front, SRK will next be seen as a dwarf in Aanand L Rai's 'Zero'. (Photo: Manav Manglani) 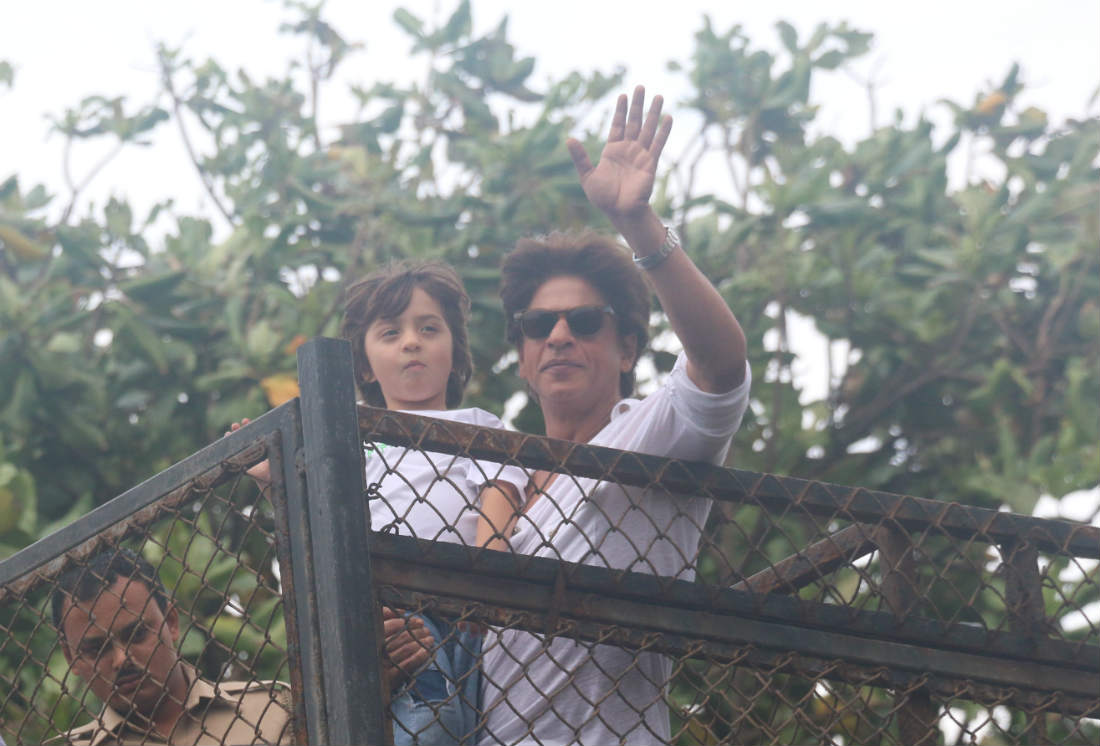 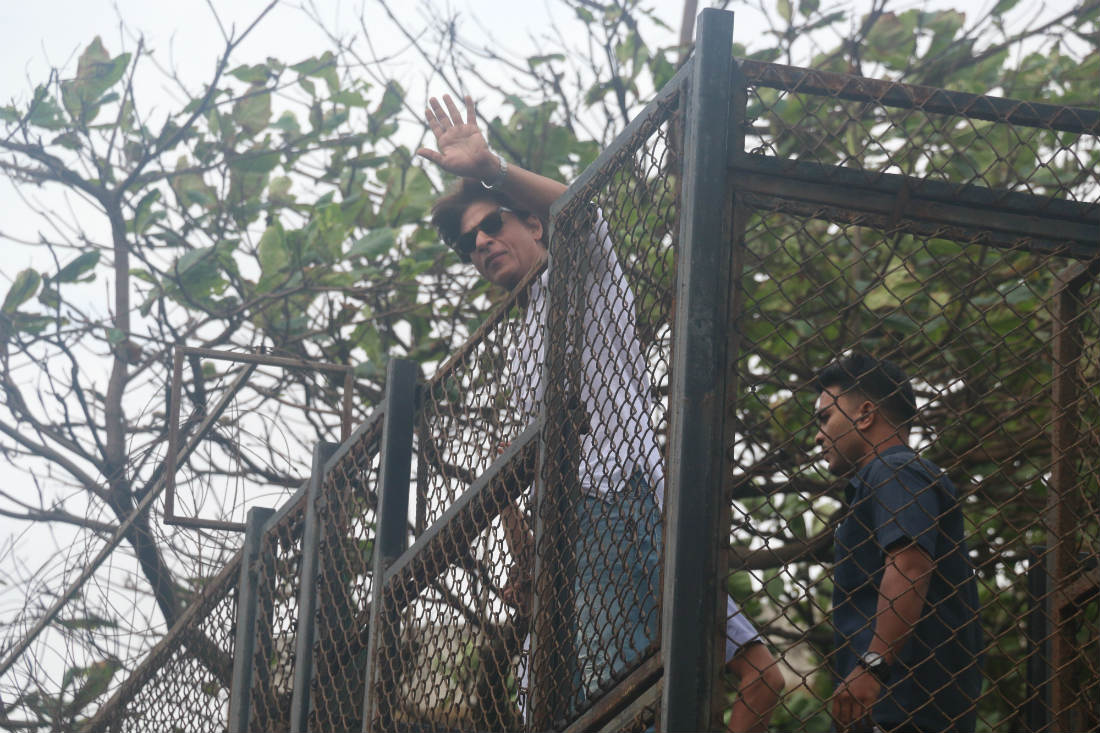