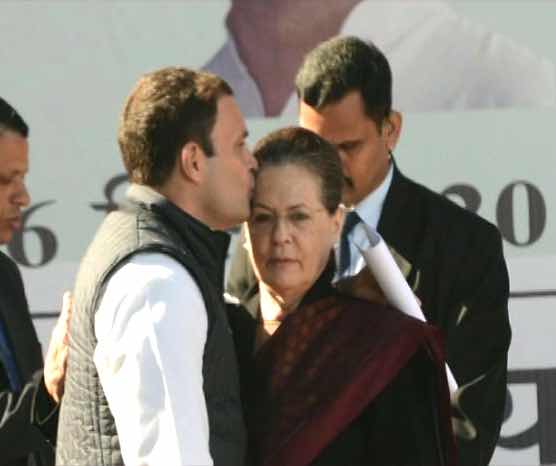 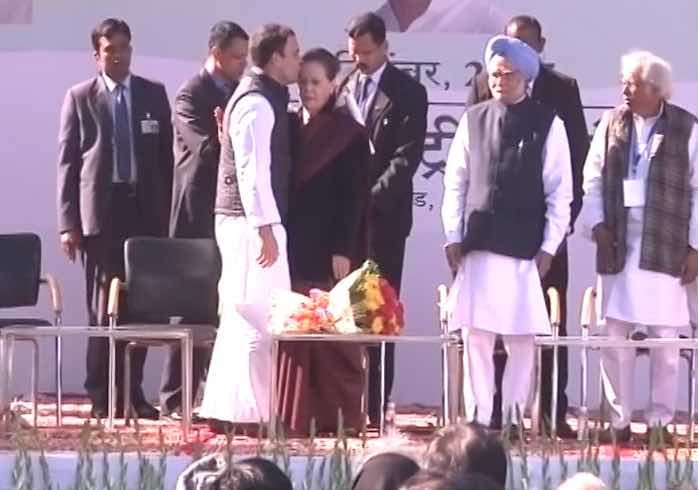 The emotional moment was captured after 71-year-old Sonia Gandhi passed the baton to her 47-year-old son Rahul.PIC/ABP News. 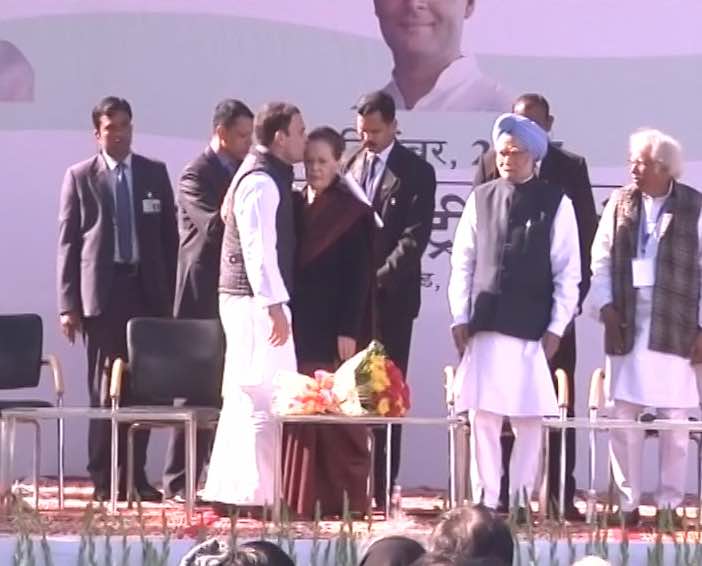 Earlier, Sonia, in her farewell speech which was disrupted by loud noise of fire crackers, said: "He has seen violence since childhood. He has never made personal remarks but is facing personal attacks in political life. This has made him a more stronger and fearless leader." PIC/ABP News. 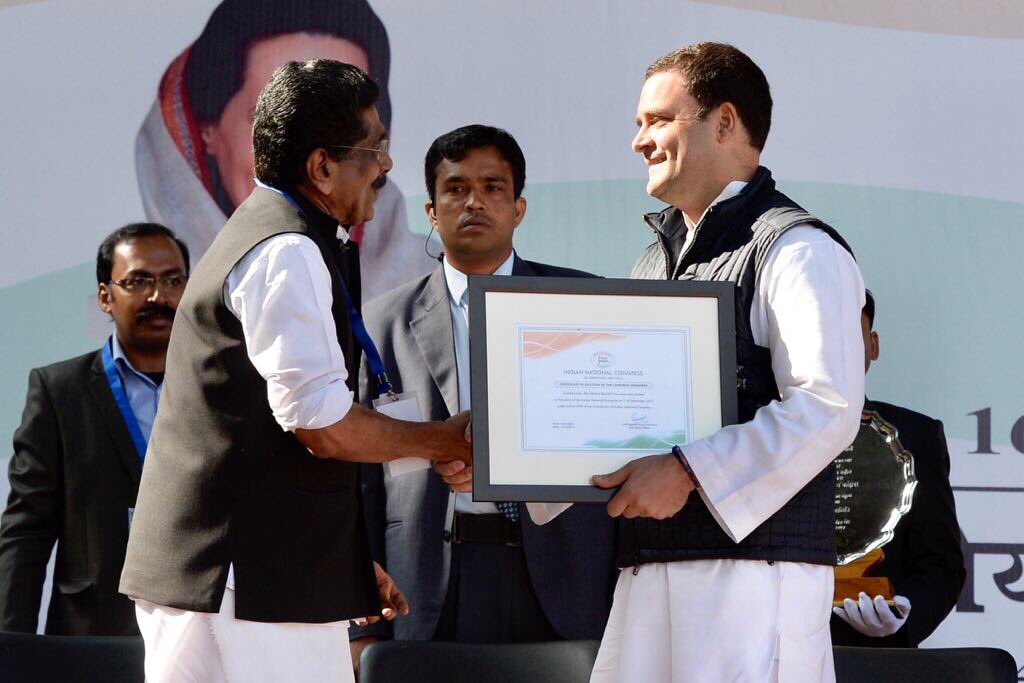 Rahul Gandhi takes charge as Congress President, handed over the certificate for taking over. PIC/@INCIndia (Twitter) 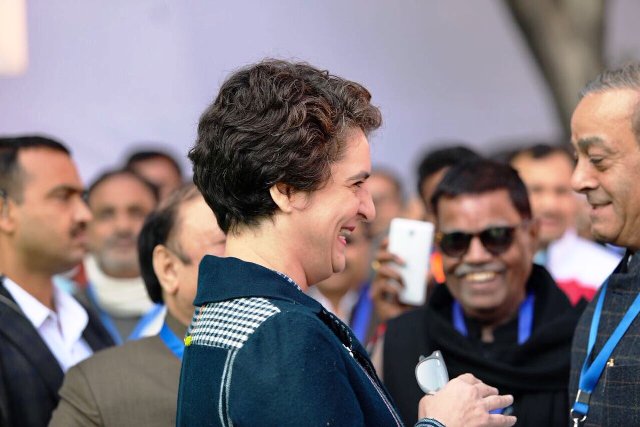 A memorable day for the Congress family as the Presidential baton was passed at AICC. Rahul'sister Priyanka at the coronation ceremony. PIC/@INCIndia (Twitter) 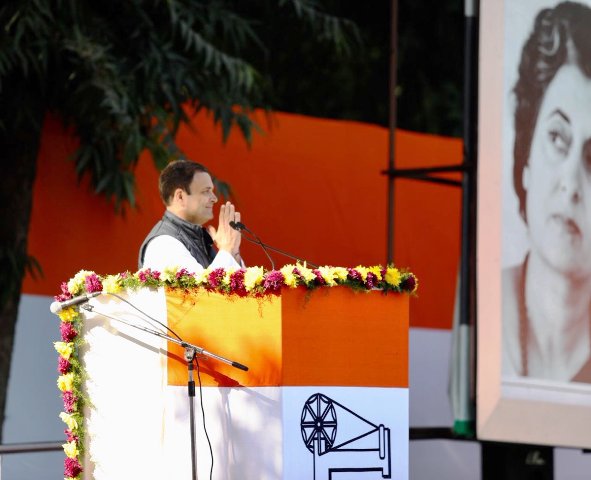 In his first speech as Party President, Rahul thanked the senior leaders of the party for guiding him. "In the 13 years I have served in politics, I have had the honor of listening and learning from all of you. Thank you for your lessons and advice. I'm humbled by all the people who have stood here before me." PIC/@INCIndia (Twitter) 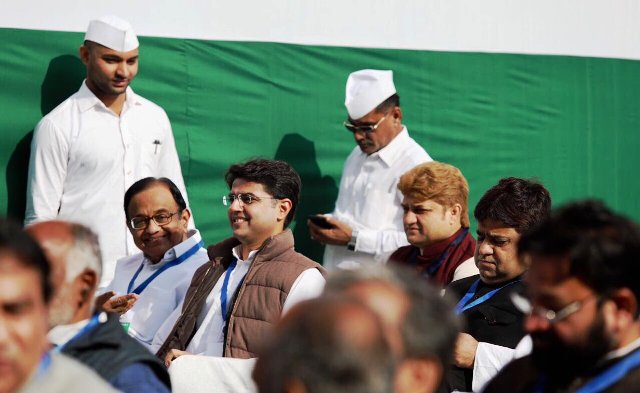 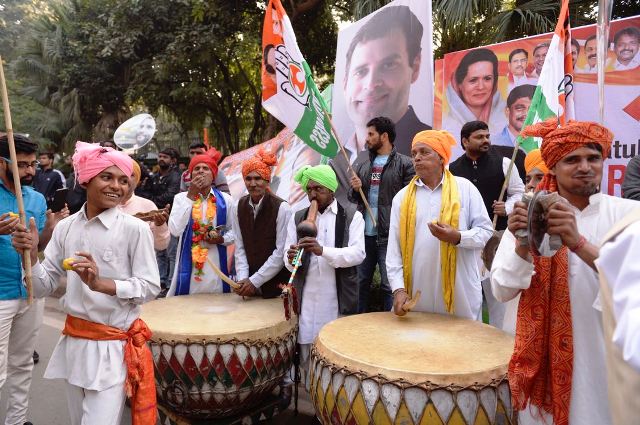