IN PICS: Theresa May Bows Out As UK Prime Minister With A Final Statement In Downing Street 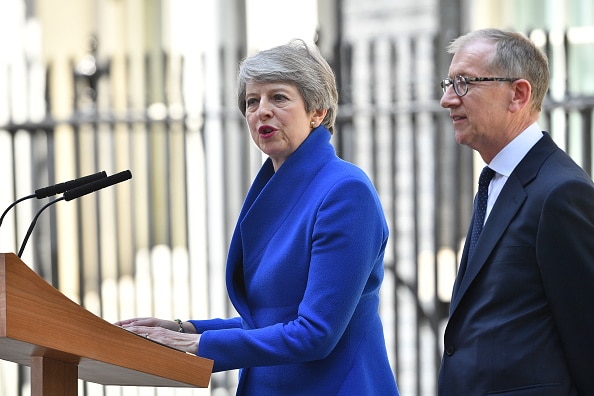 Theresa May bowed out as UK Prime Minister on Wednesday with a farewell speech at Downing Street before tendering her resignation to Queen Elizabeth II. (Photo by Leon Neal/Getty Images) 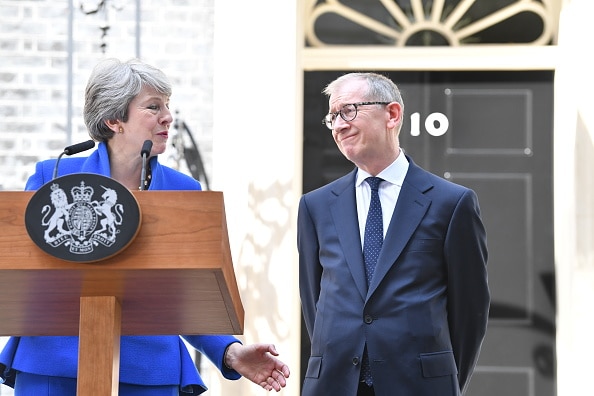 The outgoing Prime Minister made a final statement to the world's media beside husband Philip May from outside 10 Downing Street on July 24, 2019 in London, England. Theresa May has been leader of the Conservative Party since 13th July 2016. (Photo by Jeff J Mitchell/Getty Images) 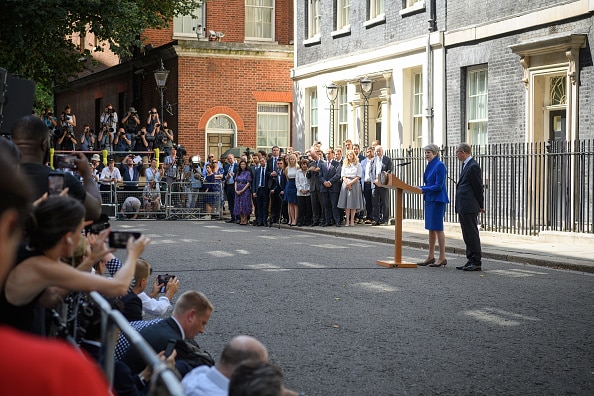 The 62-year-old outgoing British Prime Minister spoke of the "heavy honour" of having served as Prime Minister of the UK and wished her successor, Boris Johnson, the best in his endeavour to see the country through the crucial challenge of leaving the European Union (EU). (Photo by Leon Neal/Getty Images) "Their successes will be our country's successes," she said of Johnson and her other future successors in the post of British prime minister. "Brexit must be finished in a way that works for the whole of the UK. Then Britain can move to a bright future," she said, in her final speech at Downing Street. (Photo by Dan Kitwood/Getty Images) 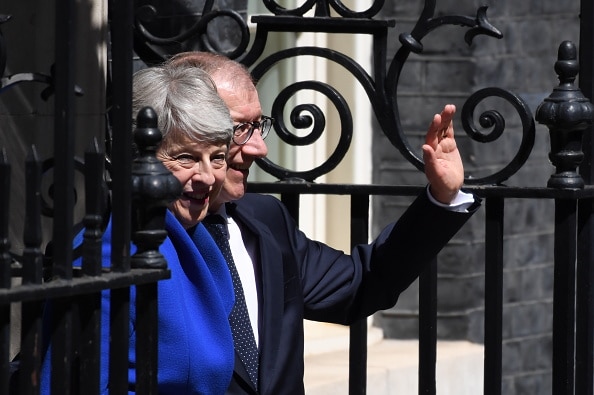 May took over as Britain second female PM, since Margaret Thatcher, after David Cameron resigned as Conservative Party leader and Prime Minister in the wake of the June 2016 referendum with a "Brexit means Brexit and we will make a success of it". (Photo by Chris J Ratcliffe/Getty Images)