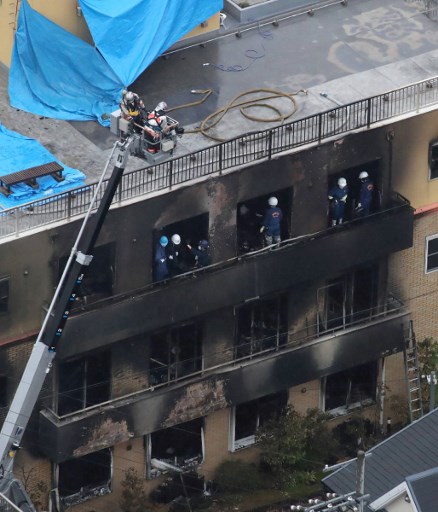 Kyoto: A suspected arson attack on an animation production company in Japan killed 24 people and injured dozens more on Thursday, with flames gutting the building in the city of Kyoto. Police said the fierce blaze appeared to have been started deliberately but there was no immediate information on a possible motive. It is said that a man screaming “You die!” burst into an animation production studio in Kyoto. /AFP Image 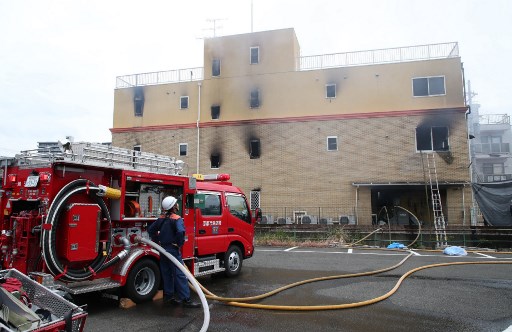 The toll continued to climb hours after the fire began, with fire department officials saying bodies were being discovered as they searched the ravaged building. A fire department official told AFP that at least 11 more people had been found "in cardio-respiratory arrest," a term used in Japan to signify a victim's death before it is officially certified. /AFP Image 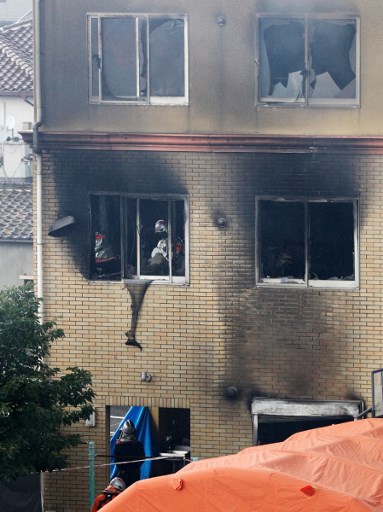 The discoveries, on the building's second floor and a stairwell leading to the roof, raised the toll to at least 24 dead. Officials said 35 people had also been injured in the fire, 10 of whom were in serious condition, and local media said around 70 people were believed to have been in the building when the fire started. /AFP Image 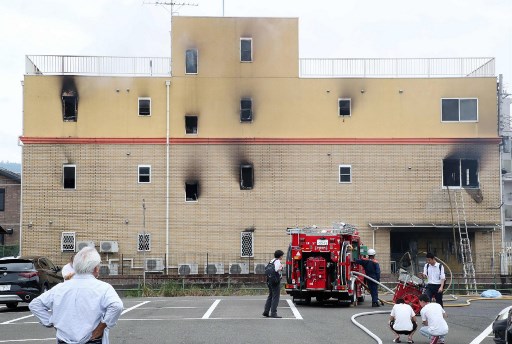 Footage of the blaze showed thick white smoke pouring from the windows of the three-storey building. Its facade was charred black on much of one side where the flames had shot out of the windows. The fire department said it began receiving calls around 10:35 am (0135 GMT) about the fire at the studio belonging to Kyoto Animation. /AFP Image 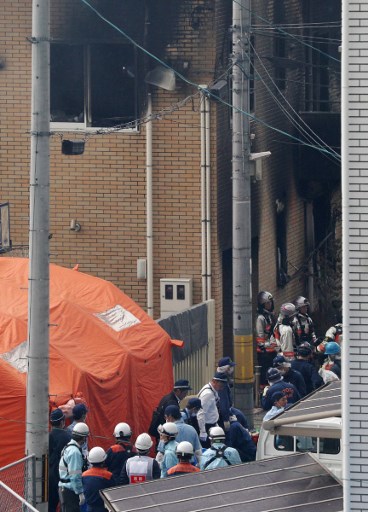 Public broadcaster NHK reported that a man had been detained in connection with the blaze and was later taken to hospital for treatment. It reported that the suspect had poured a gasoline-like substance around the building and said "drop dead" as he set fire to it. /AFP Image 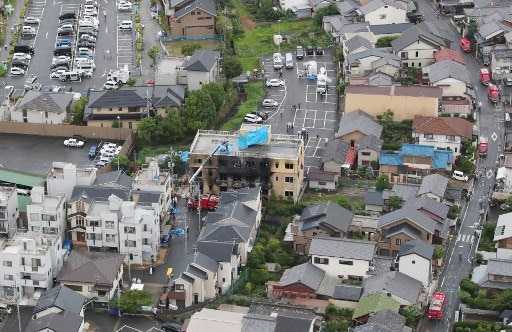 There was no immediate statement from the studio, which produced several well-known television anime series, including "The Melancholy of Haruhi Suzumiya" and "K-ON!" Japan has a famously low crime rate, with violent crime very rare. Arson is considered a serious crime and people convicted of deliberately setting fires in a country where many people still live in wooden houses can face the death penalty. A man convicted of setting a fire that killed 16 people in Osaka in 2008 is currently on death row. /AFP Image