RIO DE JANEIRO: An Iranian cyclist died after crashing in a road race at the Rio de Janeiro Paralympics on Saturday.

He was Bahman Golbarnezhad, aged 48, the International Paralympics Committee said.

It said he received emergency treatment on the course and was transported to a Rio hospital where officials said he died.

"This is truly heart-breaking news, and the thoughts and condolences of the whole Paralympic Movement are with Bahman's family, friends, and teammates, as well as the whole of the National Paralympic Committee of Iran," IPC President Philip Craven said in a statement. 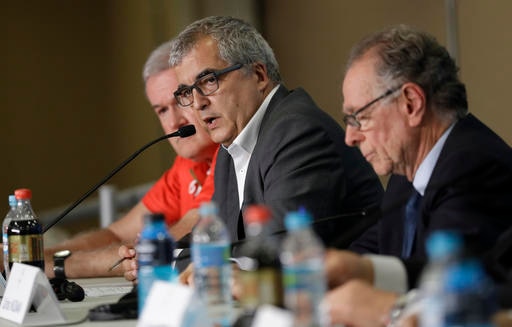 The head of communications of the Rio 2016 Mario Andrada, center, speaks aside the Rio 2016 Organizing Committee president, Carlos Arthur Nuzman, right, during a press conference about Iran's cyclist Bahman Golbarnezhad who died after crashing in a road race during the Paralympic Games in Rio de Janeiro, Brazil. (AP)


The IPC said it believes this is the first death in a Paralympics.

The IPC said Golbarnezhad crashed about 10:40 a.m. local time on a mountainous stretch of the road cycling course. The IPC said he suffered cardiac arrest on the way to the hospital.

The cause of the crash was not clear, and officials said it was being investigated.

"The Paralympic family is united in grief at this horrendous tragedy, which casts a shadow over what have been great Paralympic Games," Craven added.

The Iranian flag was lowered to half-staff in the Paralympic Village, and at the venue where Iran faces Bosnia and Herzegovina in a men's sitting volleyball final on Sunday. 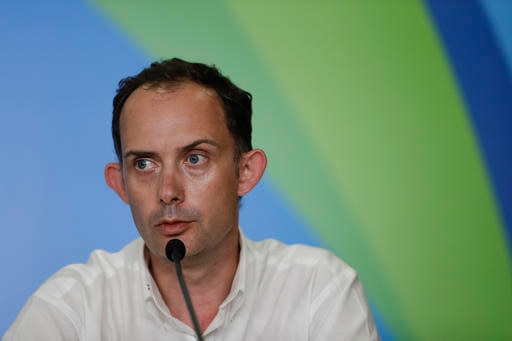 A moment of silence will also be held at Sunday's closing ceremony in Maracana Stadium.

"This is very sad news for sport and for the Paralympic movement." Carlos Nuzman, head of the Rio Olympic organizing committee, said in a statement. "Our hearts and prayers are with Bahman's family, his teammates and all the people of Iran."

A Paralympic biography said Golbarnezhad was born in Shiraz, Iran. He also competed in the London Paralympics but didn't medal. He was competing in the C4-5 races for athletes with lower limb impairments or amputations.

This was his second race in Rio. On Wednesday, he finished 14th in a time trial.

NEXT GuruJi With Pawan Sinha: Know how to avoid broken relationships