By: PTI
Updated: 29 Aug 2016 06:47 PM
New Delhi: It was a celebration of woman power in sports as Olympic stars PV Sindhu, Sakshi Malik and Dipa Karmakar were today conferred India's highest sporting honour – the Rajiv Gandhi Khel Ratna – along with shooter Jitu Rai in a gleaming awards ceremony at the Rashtrapati Bhawan here.

For the first time in the history of National Sports Awards, four athletes were chosen for the Khel Ratna honour, owing to the three girls' superlative show at the Rio Olympics.

In 2009, three athletes -- boxers Vijender Singh and MC Mary Kom and wrestler Sushil Kumar – had been given this award together. 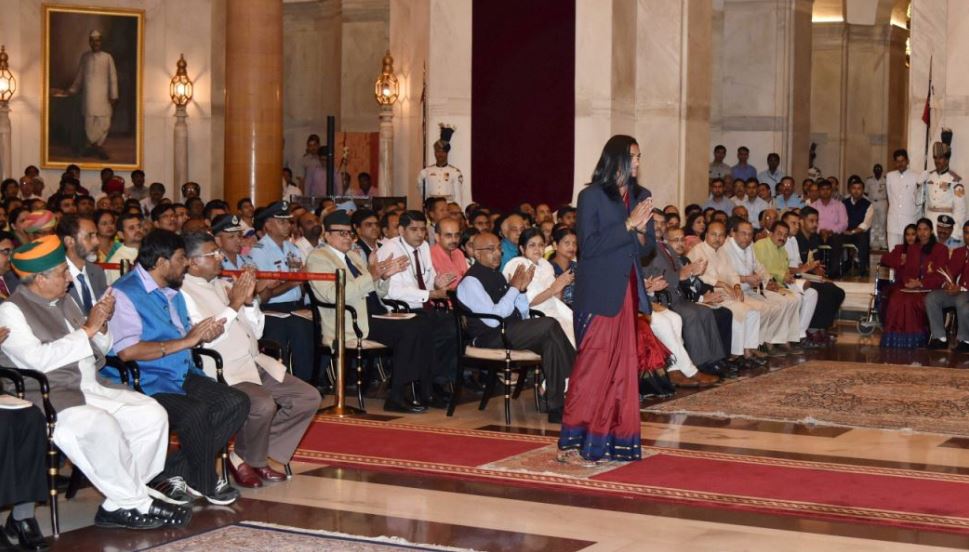 Shuttler Sindhu won a historic silver in the women's singles, Sakshi won India's first ever medal (bronze) in women's wrestling while Dipa grabbed a piece of history for herself with a fourth place finish in artistic gymnastics with her now famous Produnova vault. 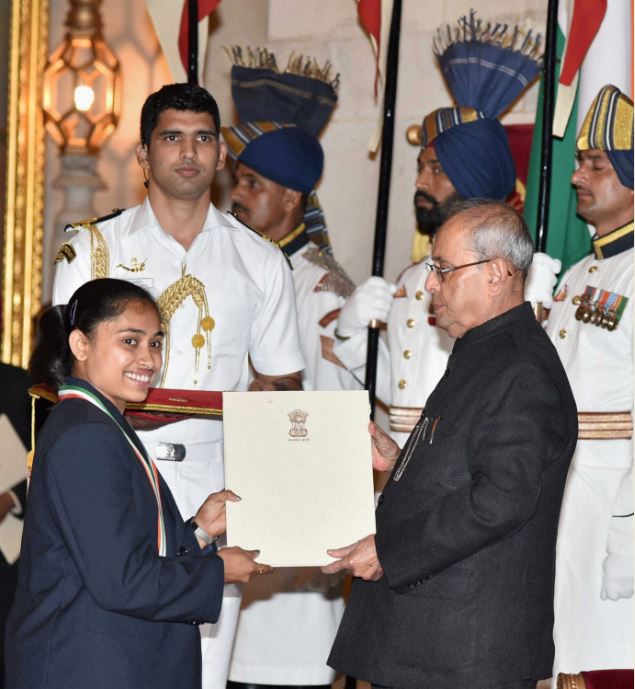 Shooter Jitu Rai was always a contender after consistently producing medal-winning performances in the last two years, including gold at the Asian and Commonwealth Games along with a silver at the World Championships. The four Khel Ratnas, who were greeted with a loud round of applause when they walked up to receive their awards from President Pranab Mukherjee, received a medal, certificate and cash prize of Rs. 7.5 lakh each.

Also honoured were 15 Arjuna awardees who received statuettes, certificates and award money of Rs.5 lakh each.

Long distance runner Lalita Babar, who finished a creditable 10th in the 3000m steeplechase in the Rio Games, boxer Shiva Thapa, only the third Indian to win a World Championships medal last year, and hockey players VR Raghunath and Rani Rampal were among those who received the Arjuna award.

Cricketer Ajinkya Rahane, who was also selected for the Arjuna Award, missed out on the ceremony as he is in the United States with the Indian team for a Twenty20 series against the West Indies.

Teen Javelin thrower Neeraj Chopra, the first Indian athlete to become a world champion at any level with a gold medal at the U-20 World Championship, was also among the Arjuna winners this year.

Goalkeeper Subrata Paul was the lone footballer in the list of Arjuna awardees, which also included shooter Apurvi Chandela and wrestler Vinesh Phogat.

Vinesh received her award while seated on wheelchair as she is recovering from a knee injury sustained in her second-round bout during the Rio Olympic Games.

This year's Dronacharya Award was conferred upon six coaches, the most notable among them being Dipa's coach Bishweshwar Nandi and India Test team captain Virat Kohli's mentor Raj Kumar Sharma.

The Punjabi University of Patiala will be awarded the Maulana Abul Kalam Azad (MAKA) Trophy 2015-16.

The ceremony was attended by Sports Minister Vijay Goel and some other members of the union cabinet. 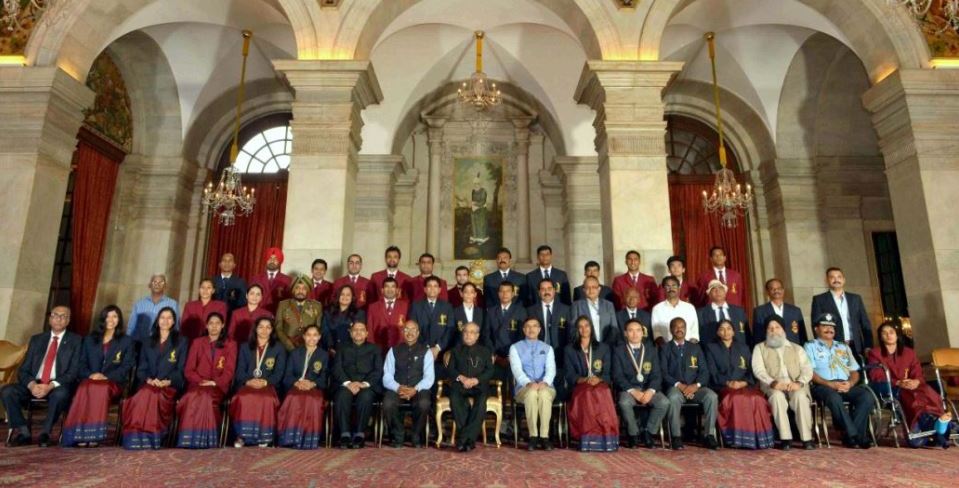