"I have had the privilege and honour of representing our nation for 24 years and I continue to bat for India off the field. The welfare of sportspersons and encouraging them to give their best is very dear to me," Tendulkar wrote in a letter to IOA after accepting the offer.

"I strongly believe that the sportspersons from different parts of the country, pursuing their unique skills are the true ambassadors of the growing sporting culture in this country," added the 43-year-old whose international career spanned from 1989 to 2013. Awareness about their struggles, discipline and single minded focus will help develop many more world beating champions and encourage passionate following of the Olympics in our country," the little master further wrote.

"It will be my pleasure to meet these world-class athletes before they leave for Rio to learn about their experiences and preparations.

"My best wishes to the entire contingent as we look forward to them proudly expressing themselves in Rio." 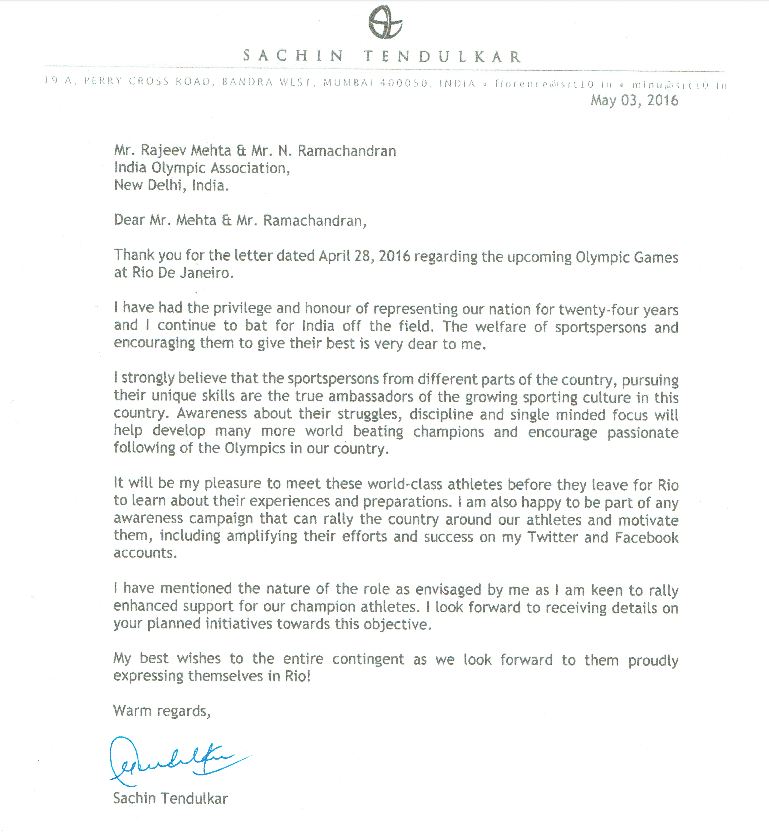