After 30 bids, the final amount doubled the initial expectations of the online auction house Catawiki that had valued the sports-themed lot at around 8,000 euro ($9,065 or Rs 6,07,737), reports Efe. 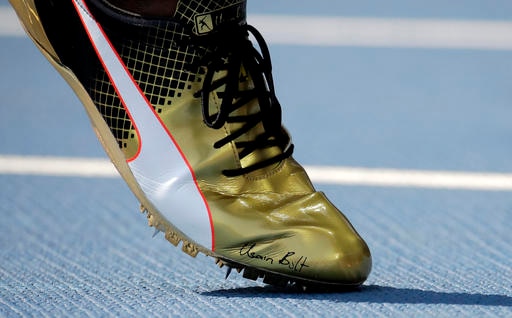 The signed shoe belongs to a pair used by Bolt during the 2015 World Championship in Beijing during the 100-metre sprint, where he finished ahead of Justin Gatlin of the United States.

He was one of the stars of the recent Rio de Janeiro Olympic Games after winning the same three races and becoming the first athlete to earn three golds in the three track and field events at three Olympics in a row.