By: Filmymonkey Team
Updated: 17 Jun 2019 11:12 AM
After getting hitched in a court marriage on on 7th June, Bollywood actress Sushmita Sen's brother and TV actress Charu Asopa exchanged wedding vows yesterday (16th June) in Goa in the presence of their families and close-friends. The pictures from their Rajasthani wedding ceremony went viral on Internet. After Rajasthani wedding, Charu Asopa and Rajeev Sen also tied the knot following Bengali rituals last night. Rajeev Sen has posted pictures from the Bengali ceremony on his social media account. 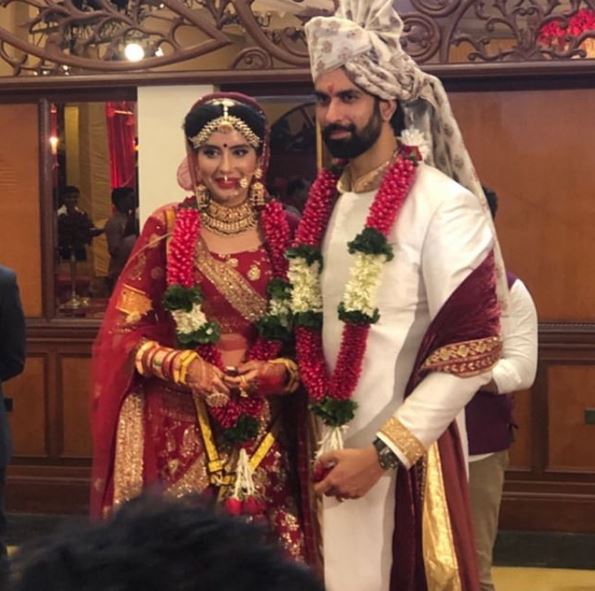 PICS: Sushmita Sen beams with joy as her brother Rajeev Sen gets MARRIED to Charu Asopa