By: Shruti Srivastava
Updated: 05 Jun 2017 08:29 PM
Mumbai: Actress Roop Durgapal, who is seen as an antagonist on the TV show "Waaris", says nobody is "nice and sweet 24/7" and that they all have a grey shade.

Roop, who has featured on shows like "Swaragini - Jodein Rishton Ke Sur" and "Kuch Rang Pyar Ke Aise Bhi", is best remembered for playing Sanchi, a character with a grey shade in "Balika Vadhu".

Now she has joined "Waaris", which stars Neel Motwani and Farnaz Shetty.

Talking about her role in the show, Roop told IANS: "None of my on screen roles have been outright negative. They have all been grey and that is how it is in reality too. None of us are nice and sweet 24/7." 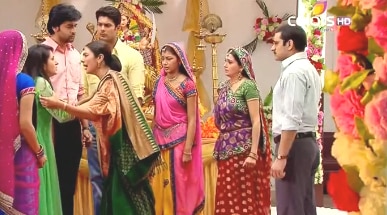 
"Having said that, I did experiment with two shows where I played the sweet and extra nice and totally positive girl. But I simply don't enjoy crying on screen. I prefer taking charge of the situation and to be strong."

She is waiting for a romantic story to come her way where she would play a sweet girl, but till that day comes, she feels the need to take up "powerful and interesting roles".