This recent picture of the 'Bigg Boss 11' love birds clicked in Delhi made everyone believe that the two were having a good time in the city taking some time off from work in Mumbai but it wasn't just that! 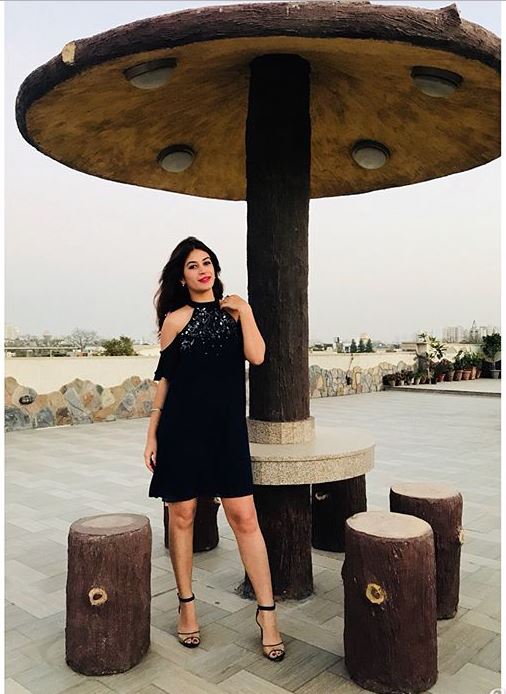 The two visited the capital city to actually pay visit to Puneesh's parents. Yes! And the meeting is now raising many eyebrows at them.. Wedding bells ringing? 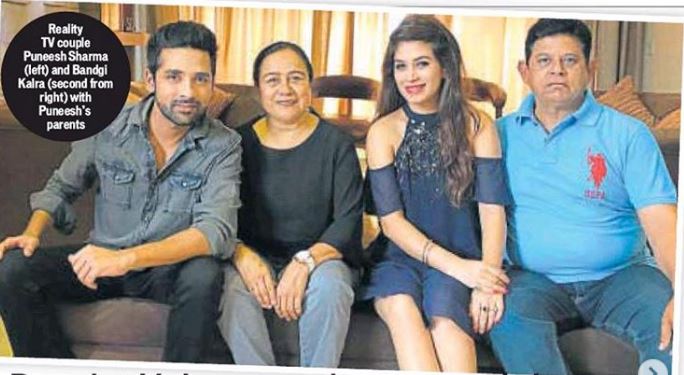 It looked like a one-day affair as we spot them both in the same attires during the visit to Puneesh's parents too. This picture was published by HT and in the interview given, Puneesh said - "She has become very close to my father and grand mother. BOth of them are really fond of her.". Bandgi on the other hand says she was nervous at first but "when i got to know Puneesh's family i became comfortable. Uncle is really funny and is like a father to me. Also after i came out of the house, i used to chat with Aunty(Puneesh's Mom) over phone. And i think his Dadi loves me more than him now." 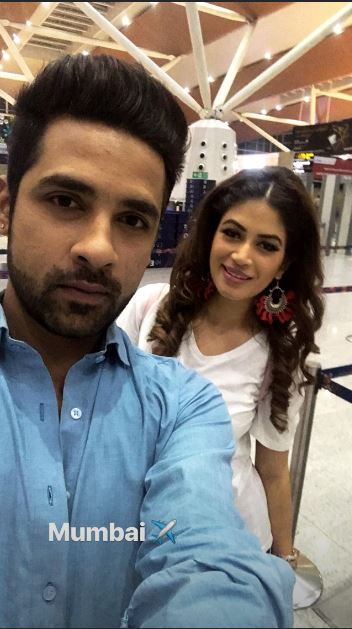 And the next obvious question was.. when do they plan to take their relationship ahead?.. "Our fans would want us to get married tomorrow[laughs]. But there's time still. It has been just 6 months since Bigg Boss got over. Those who thought that our relationship was fake, we should give some time to find out that it isn't." 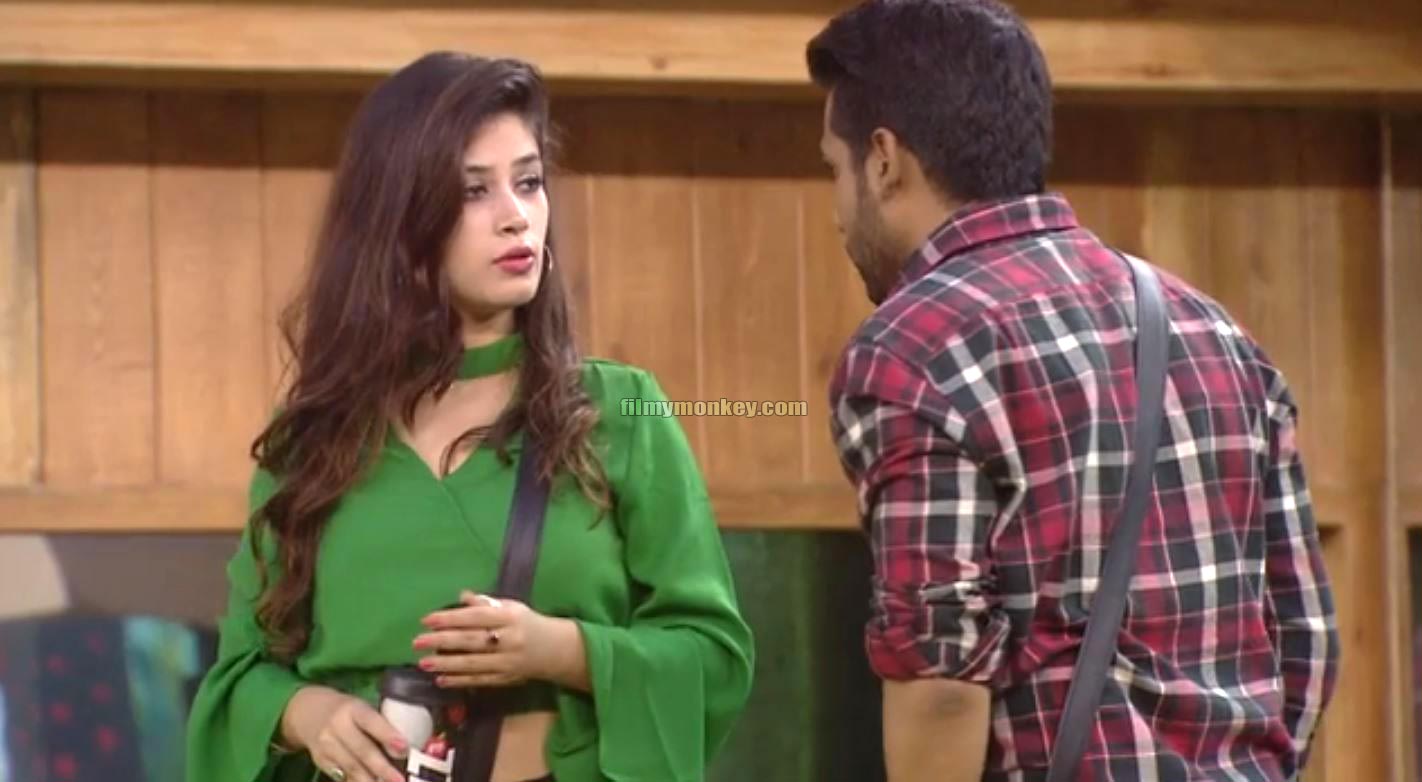 This was the moment in the first week of 'Bigg Boss 11' when Bandgi-Puneesh were seen planning in the presence of cameras to fake their love story for surviving in the game but with each week passing, they grew very close to each other and finally proved everyone wrong during Bandgi's exit from the show as we saw them bidding tearful goodbyes to each other. 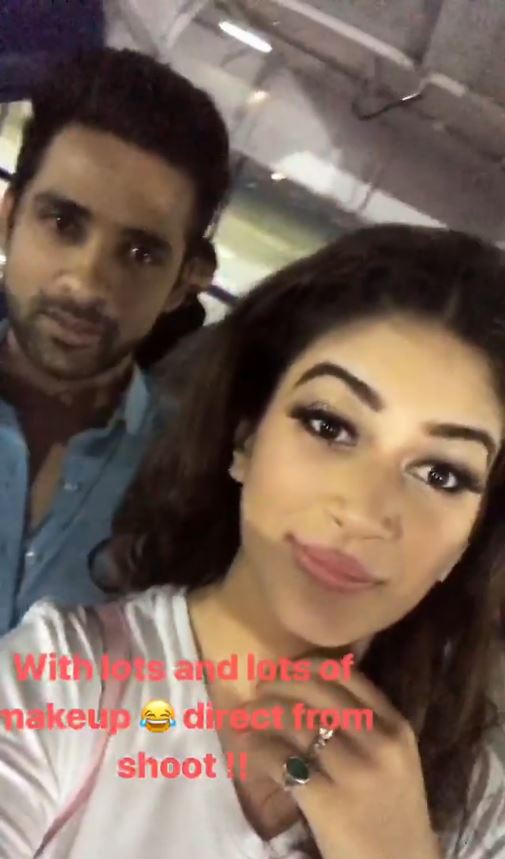 Still going strong in their relationship, Pungi(as their fans call them now) have bee sticking by each other's side for past 2 and a half months after BB11 ended. 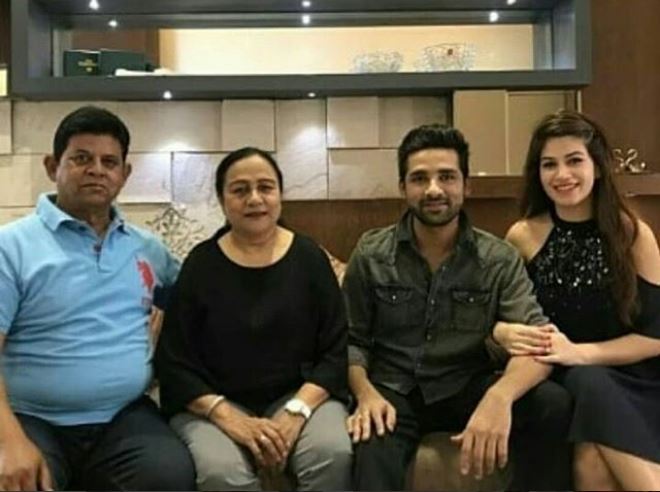 Puneesh and Bandgi posing adorably with the former's mother and father in Delhi during their recent. 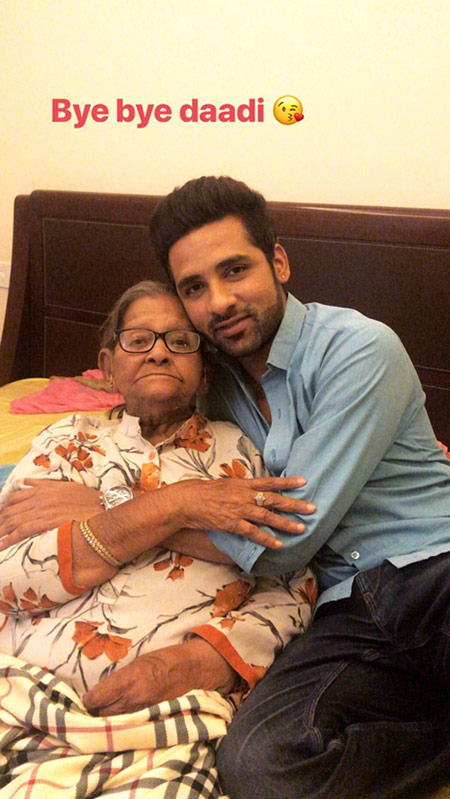 Another adorable picture of Puneesh hugging his Grand mother who now we know loves Bandgi more than her grand son! :) 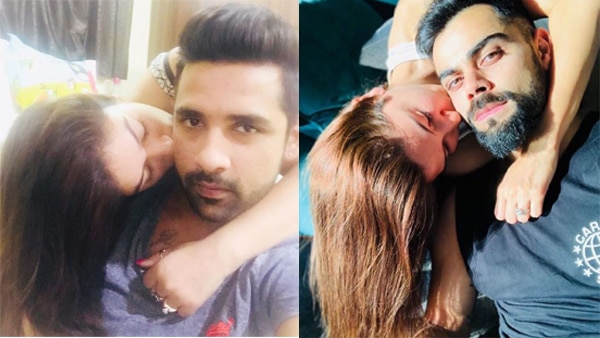 The last time Bandgi-Puneesh made news was the controversy their selfie created which was a recreation of Virat-Anushka's viral kiss moment! Puneesh did later make the honest confession that Virat is his idol and they did deliberately copy the 'Virushka' picture! 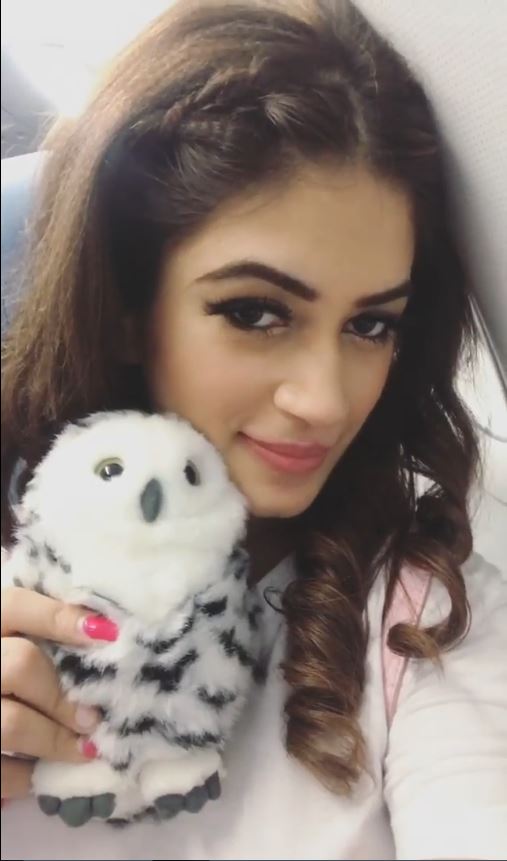 The two are now back in Mumbai after the day's visit at Puneesh's house and let's see if they become the second Bigg Boss couple after Prince Narula and Yuvika Choudhary whose relationship started with the show actually transforms into marriage! What do you guys think? Comment below! (All Pics: Instagram)