By: Shruti Srivastava
Updated: 03 Oct 2019 09:22 PM
Jennifer Winget's first look teaser as 'Maya' in Season 2 of Sony TV's popular show 'Beyhadh' was received very well by the fans as she returns in a more dangerous avatar and the teaser made everyone more eager for the show to hit the screens. While Kushal Tandon was the male lead in 'Beyhadh', 'Beyhadh 2' has Ashish Chowdhry and Shivin Narang playing the leads opposite her. Ashish plays the father who 'Maya' falls in love with first and when he ditches, she goes after the son Shivin to avenge the father. The revenge story will reportedly go on-air from November and Shivin just announced that the shoot has indeed begun for the show that audience wait eagerly to return.

'Ek Veer Ki Ardaas...Veera' fame Shivin who was last seen in 'Internet Wala Love' opposite Tunisha Sharma, posted a picture from the makeup room writing in text over it- "Day 1 #Beyhadh2" 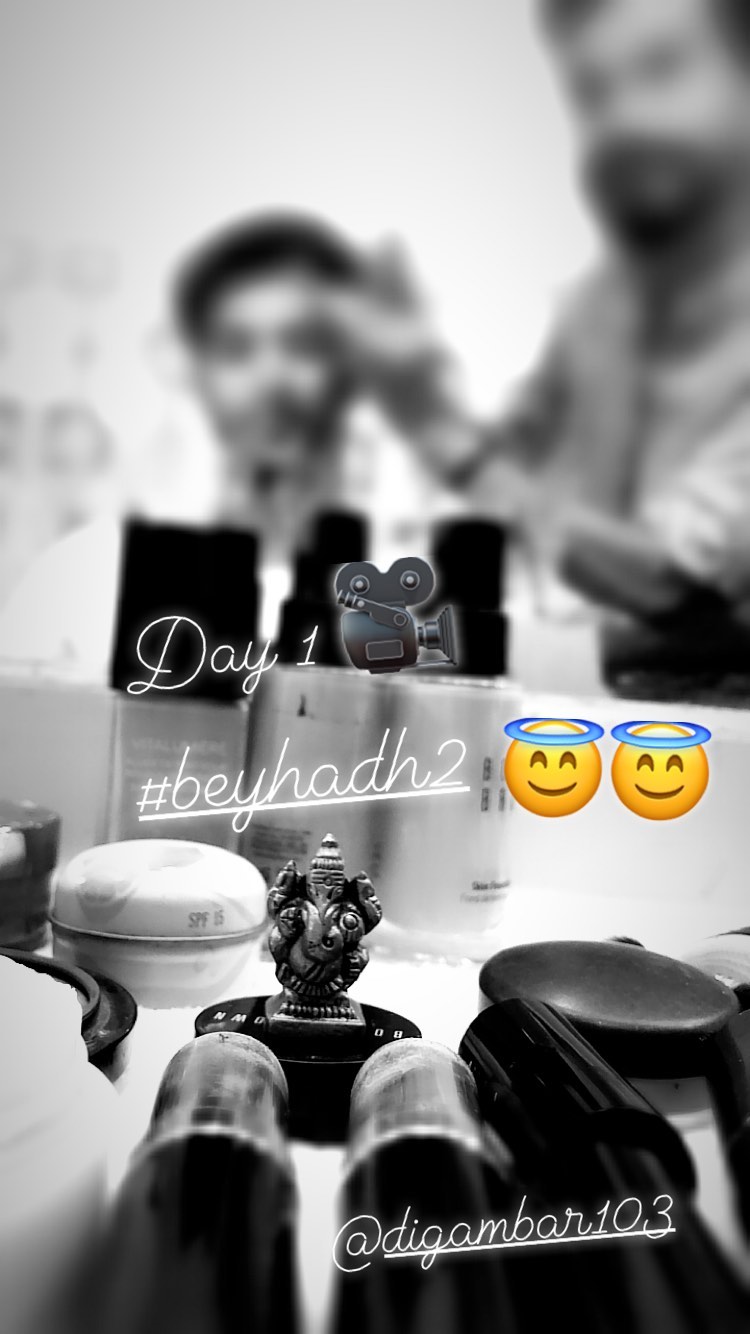 The picture is however blurred as Shivin tries to keep his look from revealing. The idol of Lord Ganesh is placed at the table too.

Shivin had also visited Vaishno Devi recently to seek blessing ahead of the shoot and posted pictures and video shouting 'Jai Mata Di' from Katra, Jammu and Kashmir.

While Shivin begins shooting, Ashish Chowdhry who plays his father onscreen, had also started the prep in the gym a few days ago. He had shared his work out picture with an intriguing caption which read- "The ‘before’ face. (And body!????) #prepbegins #beyhadh2 ????????"

Ashish will play a young father first and will age as the show proceeds donning salt and pepper look. What he means here by "Before face" is something that will be revealed only when the show goes on-air. And the fans are much excited already.

The lead actress Jennifer Winget had shared her rehearsal pictures from an aerial act which was earlier reported to be for the promo. The teaser however did not have any of that we bet the makers have in store many more glimpses that's going to get Maya-fans more impatient in the days ahead.


She’s crossing all boundaries of crazy this time. Ready to get entangled in her “Maya”jaal? #Beyhadh2 #MayaAgain

As the lead stars gear up for the shoot, the news regarding other cast members have also started to come out. 'Divya Drishti' actor Paras Madaan is reportedly playing Jennifer Winget's close friend in 'Beyhadh 2'.


#Repost @sonytvofficial with @get_repost ・・・ Will Maya's hatred overarch all boundaries ever set? Watch #MayaAgain in #Beyhadh2 only on Sony. #ComingSoon @jenniferwinget1

Stay tuned to this page for all updates on 'Beyhadh 2'!