'Veera' fame actor Shivin Narang plays the son of Ashish Chowdhry who dons salt & pepper look as 'Mrityunjay Roy' and who happens to ditch 'Maya'(Jennifer Winget) who will then return to avenge him by falling in love with his son. Shivin shared his first look hinting at his character.

By: Shruti Srivastava
Updated: 16 Oct 2019 09:10 PM
We just showed the glamorous avatar of Jennifer Winget as 'Maya' who looked dangerous until now in the two promos released by Sony TV. 'Beyhadh 2' is a revenge story of Maya played by Jennifer Winget who's returning with Season 2 and this time her character will romance a father as well as his son. The male leads are Ashish Chowdhry and Shivina Narang playing dad and son respectively. We have seen Ashish's salt and pepper look for the show that he shared last week and now it's time to know more about Shivin's character in the show. Shivin took to Instagram a while and shared his picture on stage looking like a singer or a rockstar with his back facing camera. He captioned the picture- "Dreams come true ????".

While Jennifer, sharing her latest photoshoot pictures, used hashtag #MayaAgain, Shivin hasn't let out anything in regard with the picture but the fans are confirmed it is his Beyhadh 2 look.

Check out the picture below:

And the fans are getting impatient making all kind of speculations with some saying Shivin is playing "a singer", the others saying "it's his entry seen as a rockstar" but all unanimously are congratulating him sending him best wishes for his new 'Beyhadh 2' journey.

Here are their reactions: 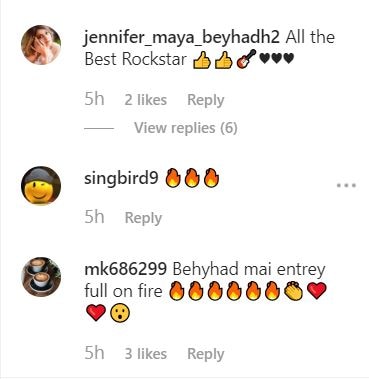 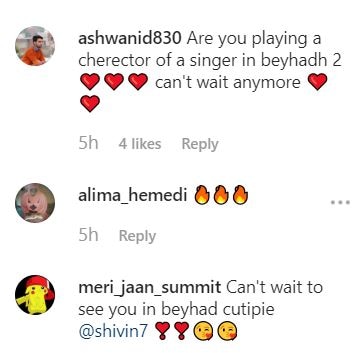 Shivin had earlier said when asked if he fears getting over shadowed by Jennifer Winget, that- "She is a fine actress and I am happy about sharing screen space with her. When I heard the story, it never felt even for a second that the narrative is driven by one character. It’s also about how well an actor performs to establish himself. I don’t do shows in which heroes don't contribute to the drama."

Interestingly, Shivin had also turned down the offer to be part of currently running 'Bigg Boss 13' and instead chose 'Beyhadh 2'.

"Yes, talks were on. However, after much contemplation, I realised that I wasn’t mentally and emotionally prepared to handle a show like that at this point. Also, I didn’t want to be away from my family without any communication given my father’s medical condition."

Ashish Chowdhry on the other hand who plays Shivin's father 'Mrityunjay Roy' in 'Beyhadh 2', said talking about his mature character- "I have no qualms about ageing on screen. I will play a cupboard if it is challenging enough. Many actors have played fathers to co-stars their age, and been appreciated for it. On TV, I have the liberty to be selective, which isn’t the case with films. I was stuck in the comic zone and felt stagnated, but I can explore various shades on the small screen."