Bigg Boss 10: Manveer Gurjar is the CONFIRMED WINNER..Claims an Ex Contestant! Fans go in frenzy, we find the TRUTH!

By: ABP Live
Updated: 28 Jan 2017 07:15 PM
Out of the four finalists, Manu Punjabi, Manveer, Bani J & Lopamudra Raut the two top contestants in gaining votes are reportedly Manveer & Lopa. And while the reports of Manveer already declared a winner are making rounds, we told you that his brother Sachin Baisoya informed everyone to not believe them and continue voting him[Manveer Gurjar a WINNER? Brother Sachin Baisoya REVEALS the TRUTH!].

Here's another piece of news that is going to shock all. The former contestant of 'Bigg Boss 8', Ali Quli Mirza from his verified Facebook account has told his followers that Manveer is already the winner. 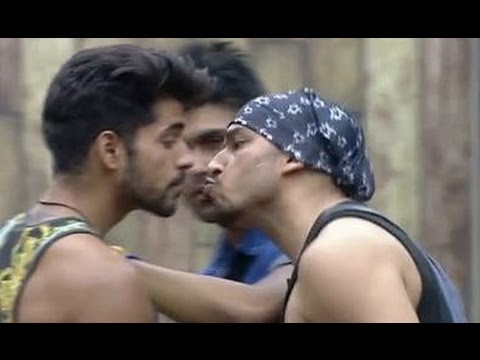 Ali with Gautam and Pritam during 'Bigg Boss 8'

ALSO - Ali Quli Mirza has been 1 out of the 9 Contestans in ‘Bigg Boss’ history who PEED in Open!

Ali wrote in the afternoon on FB, "Congrats Manveer for winning may Allah bless u bro and bani lopa and Manu too". While this excited the Manveer Gurjar fans, the fans of the other 3 finalists started lashing out at him. Many asked Ali about his source to this news but he kept mum.

But he did re-confirm this news by posting "right news" in the comments column of his post. 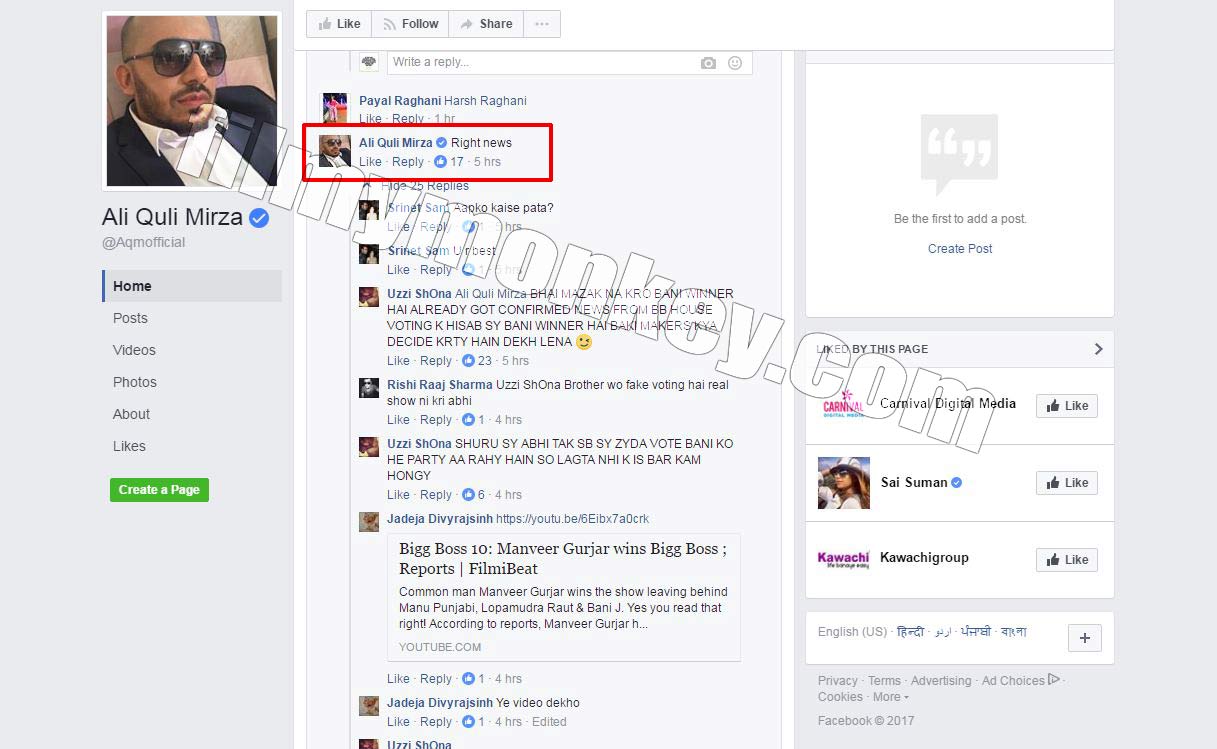 Ali had entered 'Bigg Boss 8' as a wild card entry and a year later he was seen entering the house again in 'Halla Bol' of 'Bigg Boss 9'. Filmy Monkey tried to find out the truth behind this news from our BB sources and we learnt that the Finale shoot is still going on[FIRST PICS: Grand Finale shoot beings: Mouni Roy & evicted contestants Karan Mehra, Rohan & others spotted on the sets!] and there is no winner declared yet!

We were also informed though that the fight indeed is between Bani and Manveer since the two are getting the highest votes. So the winner is most likely to be one out of these two!

These contestants have made it to the Top 3 with the highest votes!

Watch this space for all updates!