BIGG BOSS 11: Hiten Tejwani and Bandagi Kalra to make a comeback in the show?

This picture which is reportedly clicked at the sets of Bigg Boss 11, is going viral. 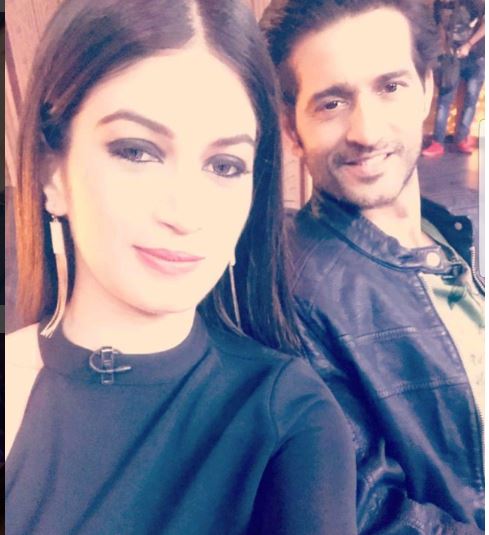 However, the rumours about the contestants’ wild card entry is not true. The two of them reportedly turned up at the sets just for a weekend episode.

It is being said that the two will be featuring in the upcoming Weekend Ka Vaar with Salman Khan to confront the contestants for all the backbiting.

While an official confirmation is awaited for this, another speculation is that the two have come together for Entertainment Ki Raat.

Hiten shared this video from the set.

Watch us on #EntertainmentKiRaat on @ColorsTv on Sunday.
BIGG BOSS special episode with HITEN, BANDGI, RAJU & LOPA where we pull each other’s leg and of #BB11 contestants!
GUESS WHO I WAS MIMICKING? pic.twitter.com/ytUN9b0OBQ

Hiten Tejwani’s is the latest eviction of the house. Hiten was trailing behind in votes and the housemates had the chance to save any one of Priyank and Hiten. Shilpa Shinde’s vote made the difference as she chose to evict Hiten on the grounds of her insecurities. This elimination was unusual and equally shocking.

It will undoubtedly be quite interesting to see the two ex-contestants confront other contestants and take them to task.