During her stay in the show, Hina indirectly called TV actress Sakshi Tanwar cross-eyed &  many popular celebs & ex 'Bigg Boss' contestants even slammed her after the video went viral[READ HERE...]. 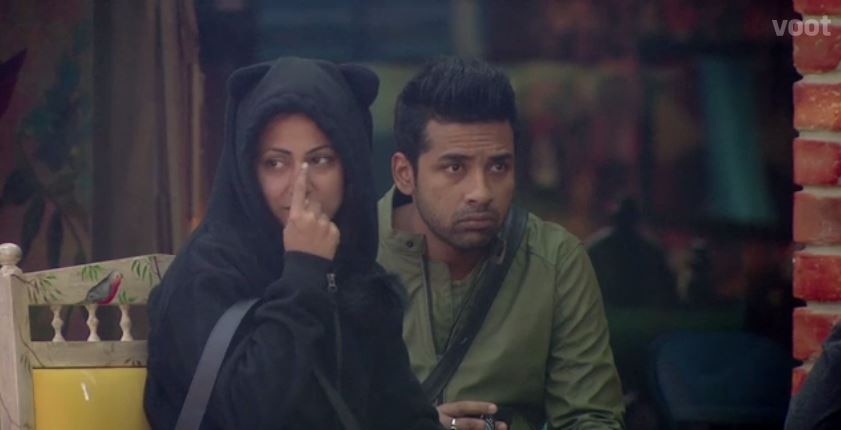 Now that the show is finally over, Hina Khan was asked about her statement about Sakshi Tanwar during media interaction post the finale & she said, "I have no idea what negative statement you're talking about, as I said, it has just been two hours since I have been out of the house. Main dekhungi, mujhe pata chalega lekin ek cheez, I would like to make clear to all of you ki bahut saari aisi cheezein hain jo kai kissi aur tareeken se boli gayi hoti hai aur interpret kissi aur tareeken se hoti hai. Ab jaise jaise pata chal jaayega, waise waise main clear karti rahungi." Speaking further about Sakshi, Hina further said, "I just got to know about one statement which was about Sakhi Tanwar. Let me tell you guys, I'm a big big fan of Sakshi Tanwar. Maybe it was interpreted in a wrong way and the conversation was started by somebody else but I am a big fan of Sakshi and I really respect her. Shayad, woh galat tareeken se interpret hua hoga. Baaki mujhe pata nahinhai; jab pata chal jaayega, dheere dheere I will clear out. Aisa kuch nahin hai! Bahut sari chezein aap 45 minutes mein dekhte hai. Hoti 24 hours mein hai toh nonetheless,thank you very much."

What do you think about Hina's defensive statement? Do tell us in the comments section below!