'Bigg Boss 12' contestant Jasleen Matharu, who entered the reality show with Anup Jalota, is making her debut in fiction space with a supernatural show on Colors.

By: Filmymonkey Team
Updated: 26 Aug 2019 09:26 AM
Colors' popular reality show 'Bigg Boss', hosted by Salman Khan, has helped many commoner contestants to make their presence felt in entertainment industry. In 'Bigg Boss 12', 'Kahaan Hum Kahaan Tum' actress Dipika Kakar Ibrahim walked away with the winner's trophy whereas commoners like Romil Choudhary, Deepak Thakur, Saba Khan-Somi Khan, among others made an impact with their in the reality show. After Romil and Roshmi Banik, now another 'Bigg Boss 12' contestant is set to make her acting debut and she is none other than Jasleen Matharu. 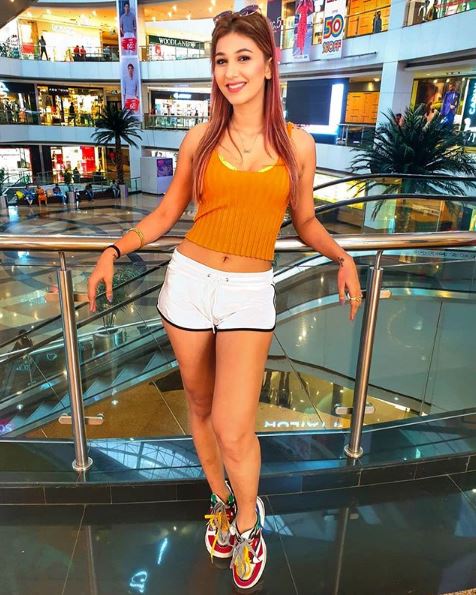 'Bigg Boss 12' fame Jasleen Matharu, who was one of the most-talked about contestants, is all set to make her acting debut with Colors' supernatural show 'Vish' featuring Debina Bonnerjee, Vishal Vashishta and Sana Makbul in lead roles.