By: Team FM
Updated: 18 Nov 2018 06:29 AM
Get ready for an explosive and entertaining Weekend Ka Vaar episode toning with Salman Khan who is all set to give the Bigg Boss 12 housemates a reality check.

In tonight's episode, Salman will be seen giving the contestants a piece of his mind for their immature behaviour in the house. The host will spare no one, targeting contestants who were in the wrong and the ones who supported them. But looks like the one who is one bhai's radar this time is Shivashish Mishra!

BIGG BOSS 12: Shivashish Mishra’s EXPLOSIVE comment on Sreesanth and Salaman after getting out of the show

It is to be recalled that earlier this week, the housemate questioned Romil's decision of sending him to the Kaalkothri. Despite multiple warnings from the captain and Bigg Boss himself, Shivashish refused to enter the jail. And this had irked our dashing host Salman Khan who will show him the doors for misbehaving in the game and not following the rules.

Also the 'Sultan' of Bollywood confronted Karanvir Bohra about his wife Teejay Sidhu's open letter and insisted that he won't ever talk to him in future!Catch all the action of tonight's episode at 9 PM, meanwhile take a look at the sneak-peek:

CATCH ALL THE HIGHLIGHTS of Day 62 HERE:

#Farah asks Somi and Deepak to do the titanic pose on Gerua song
#Farah Khan enters the house, housemates get super-excited
#SalmanKhan advises the housemates to respect the game and never break the rules!

EPISODE ENDS
#Salman Khan back in the house through TV, he warns other housemates too that this can happen too anyone
#Sreesanth crying very badly as Dipika & Srishty consoles him
#Shivashish leaves the house with all his bags
#Sreesanth breaks down on seeing Shivashish leaving the house
#Shivashish accepts the punishment and bids good bye to everyone
#SalmanKhan asks Shivashish Mishra to leave the house right now, says it has nothing to with nominations and voting
FIRST BREAK TIME
#Salman says Shivashish is following Sreesanth's steps and this time he crossed his limits! 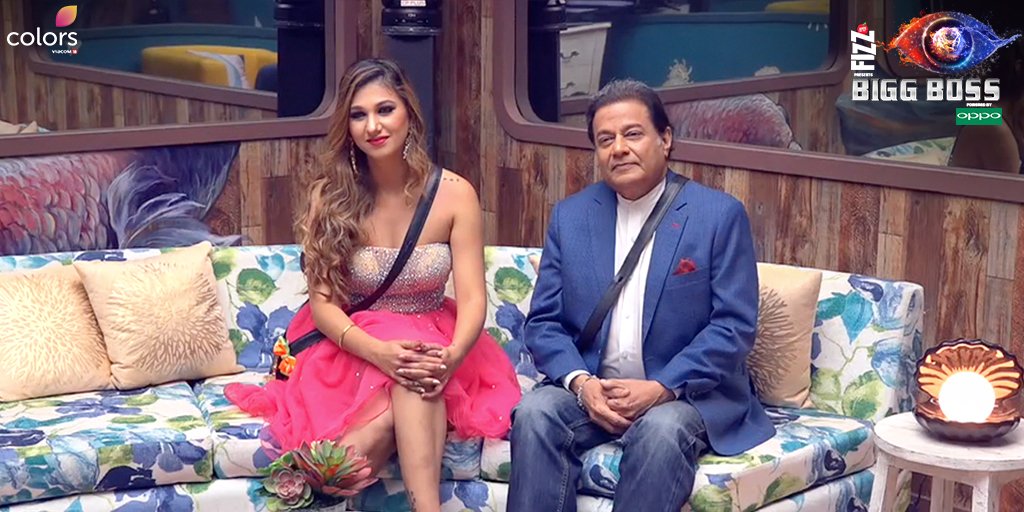 #SalmanKhan sends Jasleen in the Khas room for a surprise
#SurbhiRana thinks that this game keeps on changing and hence she's trying to adapt to the situations!

#Caller of the week for Surbhi Rana

#Karanvir immediately apologised on his wife’s behalf to Salman Khan.
#Further, Salman Khan informs Karanvir about his wife Teejay’s open letter to Bigg Boss.
#While discussing Teejay's letter Salman first asked KV if he has ever felt bad when he jokes with him to which the later responded that he has never felt bad.

#Salman Khan introduces the Weekend Ka Vaar with a recap of all that happened in the house of the week with special reference to Friday’s happenings.
#BiggBoss12 begins