After Ameesha Patel's smashing entry in 'BB13' grand premiere, Salman will groove to ‘Maan Jaa Dilbar’ with her while reliving their 'Yeh Hai Jalwa' days.

By: Filmymonkey Team
Updated: 29 Sep 2019 04:01 PM
The enthusiasm, craze, and excitement will be an all-time high as India’s favorite reality show 'Bigg Boss 13', hosted by superstar Salman Khan, is all set to premiere tonight (29th September 2019) at 9 pm on 'Colors'. Packed with unexpected twists and a lot of drama, the first-day first show of 'Bigg Boss' will not only unveil the contestants but also the many twists that the viewers will get to witness this season.

The ‘Bigg’ night opens with host Salman Khan’s upbeat performance to ‘Slow Motion’. In his element, Salman Khan takes center stage and interacts with the newest members of the house before locking them inside the house. But the biggest cliffhanger for the evening is actor Ameesha Patel’s appearance. 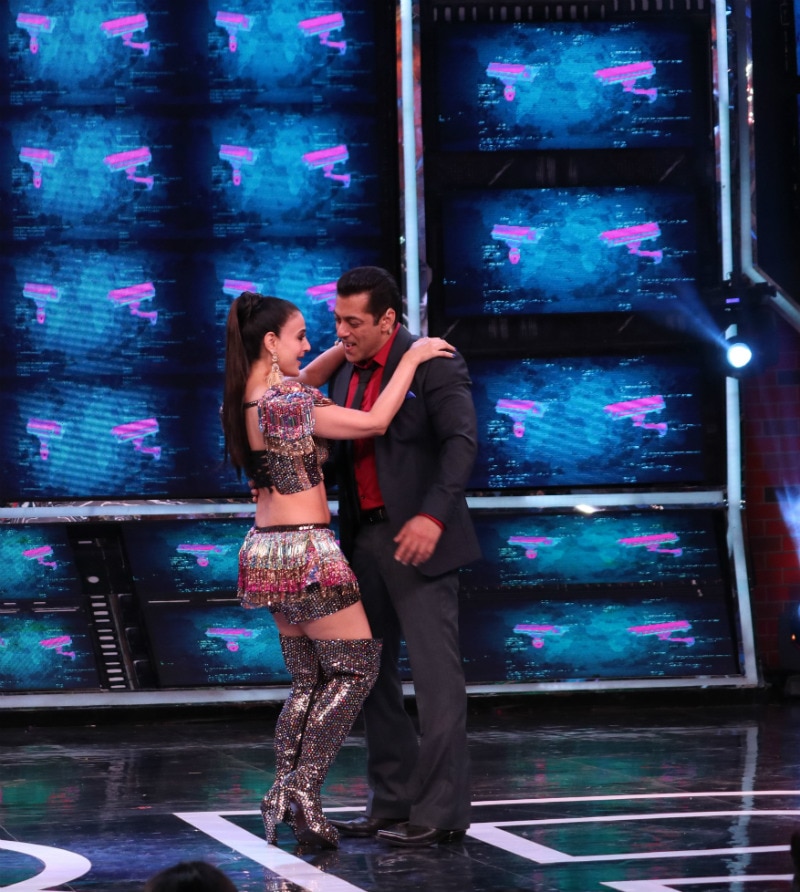 A still of Salman-Ameesha from 'BB13' premiere