By: Shruti Srivastava
Updated: 30 Oct 2019 02:02 PM
In the latest episode of Bigg Boss 13 that aired on October 29th, the former Bigg Boss 8 finalist Karishma Tanna visited the BB 13 house to conduct a task to offer housemates the luxury budget items. This season has seen many former Bigg Boss contestants visiting the house including 'Bigg Boss 6' winner Urvashi Dholakia, her 'BB 6' co-contestant Sana Khan who was also the 2nd runner up and 'Bigg Boss 11' first runner up Hina Khan. Entering the BB 13 house slaying in a saree, the gorgeous Karishma Tanna last seen in 'Naagin 3', received a very warm welcome from the housemates of this season. However Shehnaaz Gill aka Sana aka 'Katrina Kaif of Punjab' had something unflattering to say to Karishma. She said to Karishma that 'Bigg Boss 8' has been her most favorite season and when Tanna asked who her favorite contestant was, Sana said - "Aapka dushman!" hinting at 'Diya Aur Baati Hum' actor Gautam Gulati who went on to win the season too.

Karisma wasn't very amused and that is understandable.. Both Karishma and Gautam had been on logger heads during the show and often locked during task getting agitated at each other. But they are good friends now, Karishma also claimed.


None of us knows what might happen even the next minute,yet still we go forward!Because we trust,because we have faith. #paulcoelho

Karishma was in the role of a 'dictator' during the task and had two guards guarding her shaahi haar put up on a mannequin in the garden area while the other housemates playing prajaa had to try stealing it. Whichever two contestants stood last guarding the haar, would get a chance to buy luxury items for themselves.

Shehnaaz did not only mention Gautam's name once but she did the second time too when Karishma demanded the housemates to create a theme-song for her. This again reminded the Gautam Gulati-fan Shehnaaz of him and she shouted the popular slogan given by Gautam himself during BB 8.. "We love we love Gauti..". Remember how Gautam created this anthem during Bigg Boss 8 task 'Gautam City' where he played a dictator?

Shehnaaz, who's already winning hearts with her cuteness got the social media talking over this too and Gautam-fans also joined in to cheer for their favorite actor.

And this also included Gautam Gulati himself.

Gautam took to Twitter late night, approx 2 hours after the show's telecast and wrote a cute message for Shehnaaz acknowledging her love for him. In the same message he gave it back to Karishma Tanna too for her "wo kuchh nahi karta tha, sirf body banaata tha" comment on him!

हाउ क्यूट शहनाज़ गिल इस ???? @shehnaazshine ???? i stopped explaining myself when I realised people only understand from their level of perception ????

While Shehnaaz must feel special getting a message from Gauti, will his reaction to Karishma with use of laal mirchi emoji restart the war of words between the two, 5 years after their Bigg Boss 8 ended? He has after-all taken us back to the 'hijack' task when Tanna used chilli on his face and he lost all control. The pictures from this task did surface back on social media during recent BB 13 task when Asim showed a fantastic spirit and got agitated and was being compared to Gautam. 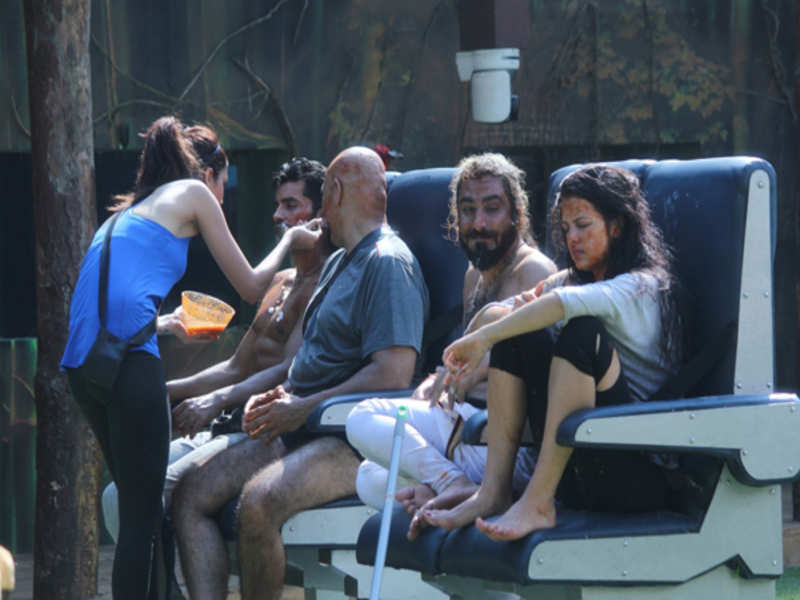 It is not new to witness former contestants also clash while new housemates every season lock horns inside.

Keep visiting this space for all updates on Bigg Boss 13.