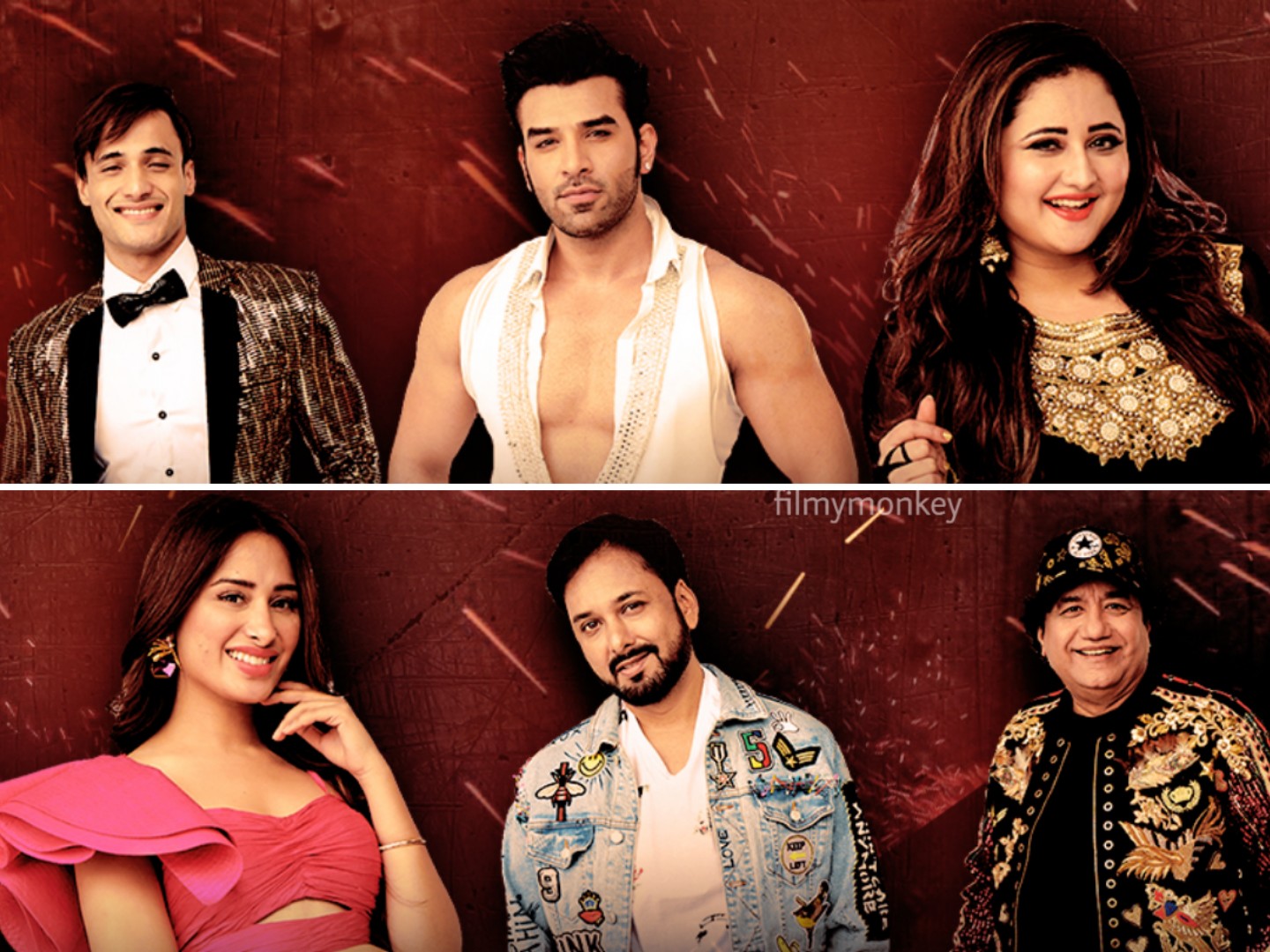 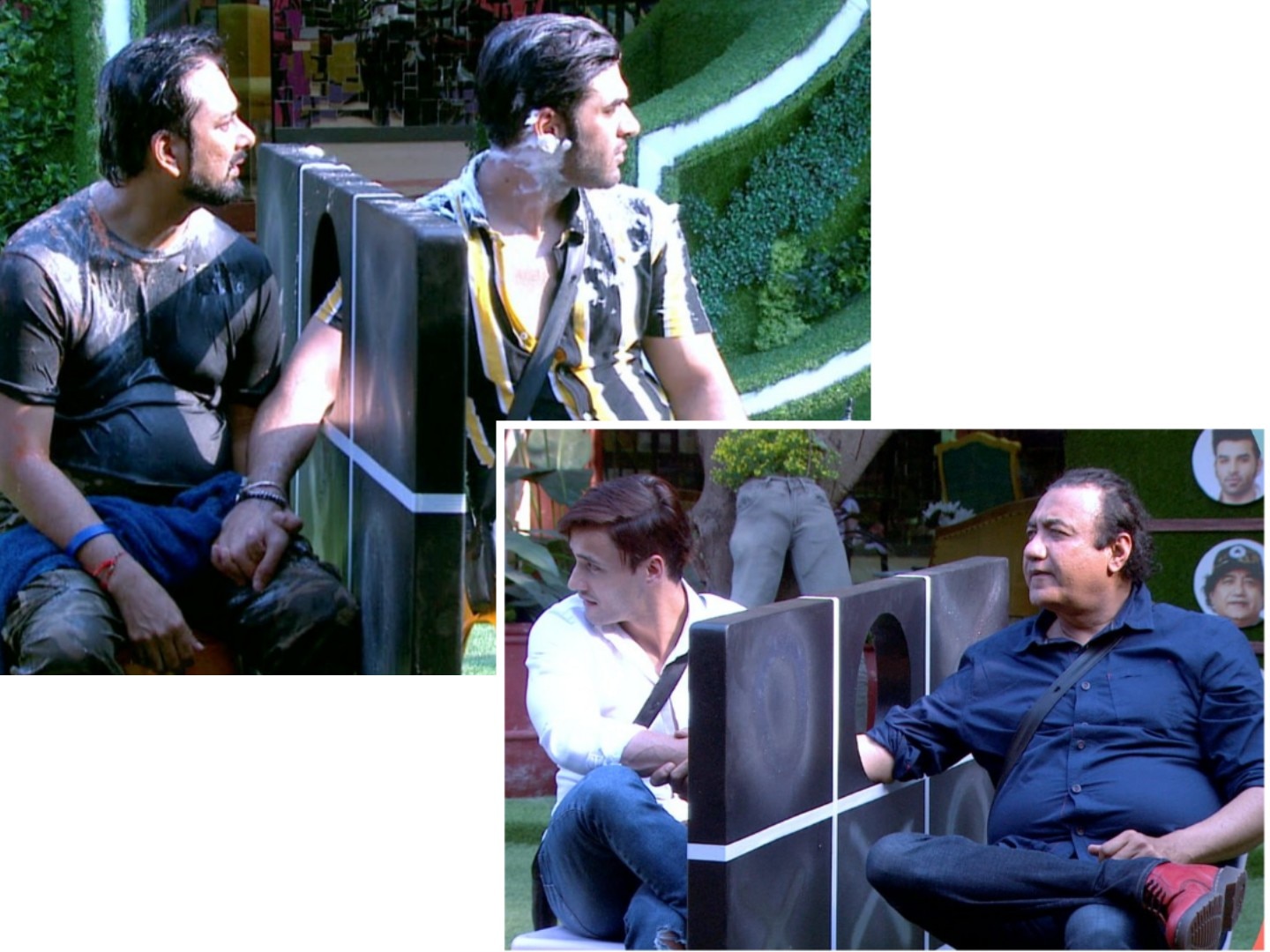 After the two girls Mahira and Rashami were nominated post task held early in the week, the boys were nominated after the BB Fisheries Task and they were also given a chance to save themselves from nominations in the task that created a huge buzz on social media The handsome guy from Kashmir, Asim Riaz, who was mocked for spoiling his first task on the show, won nation's heart with his brilliant performance in the latest task 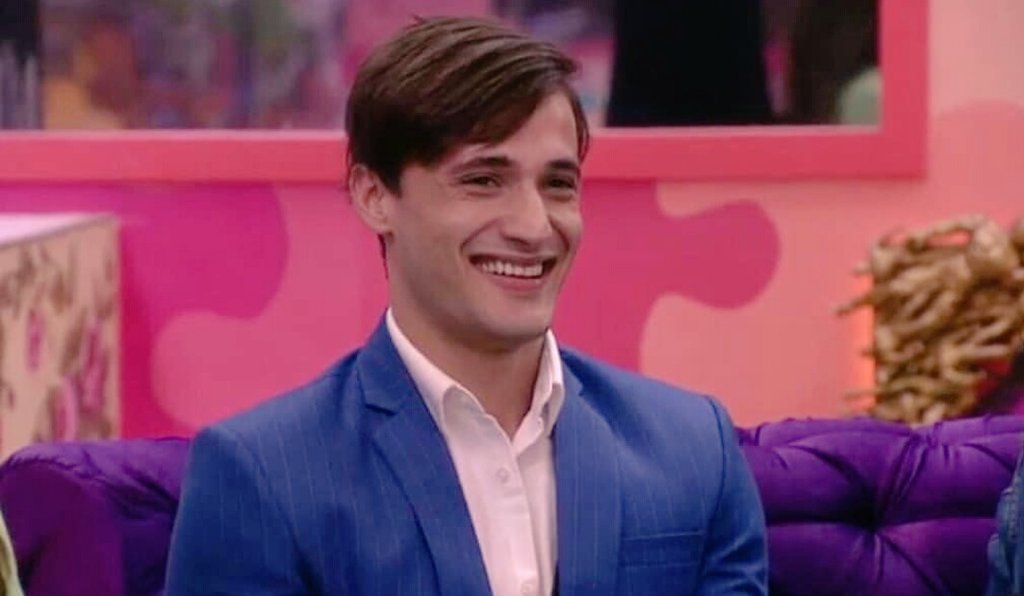 Asim has been loved a lot lately and trended every second day on social media and this resulted in the voting trends too. 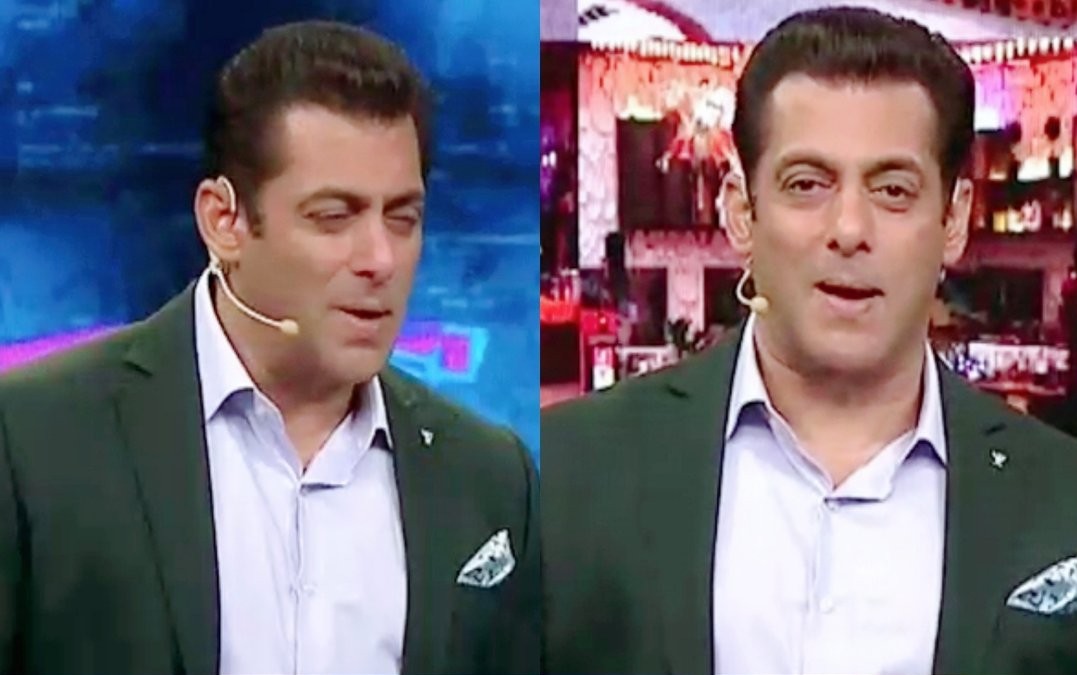 Salman Khan first declared both Arti and Rashami safe from elimination announcing the twist that there would instead be two male contestants evicted this week. He next declared Asim Riaz safe from eviction this week which left Paras, Abu and Siddharth Dey unsafe. 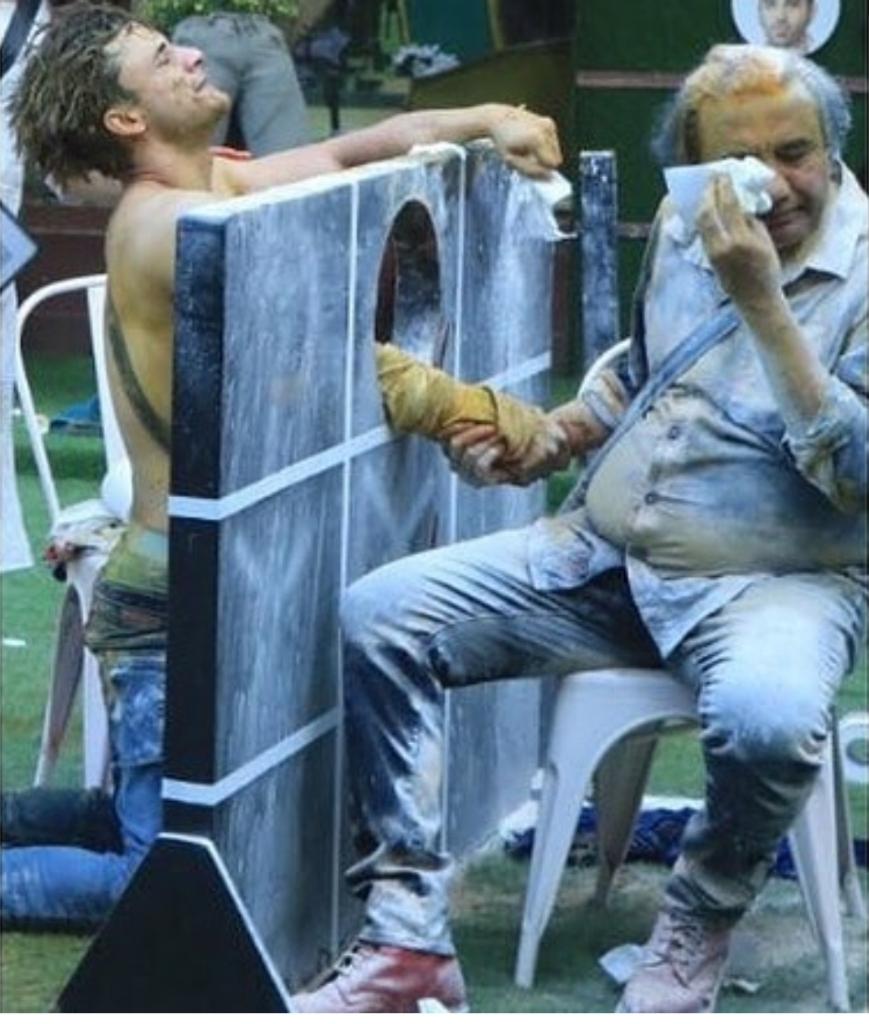 And the shoot for the next episode has taken place and some inside reports claim that it is none other than Abu Malik who has bid goodbye to the Bigg Boss 13 house. 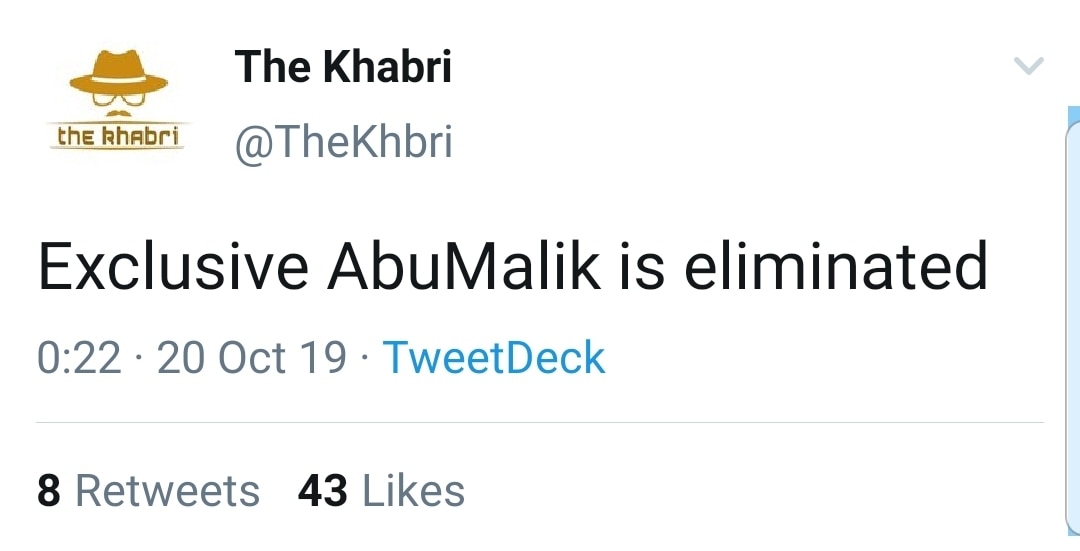 The Khabri handle that's popular on Twitter for giving inside news in every BB season informs it's followers about Abu Malik's eviction. And here's how Abu Malik's eviction took place as another unofficial BB13 handle gives inside information. 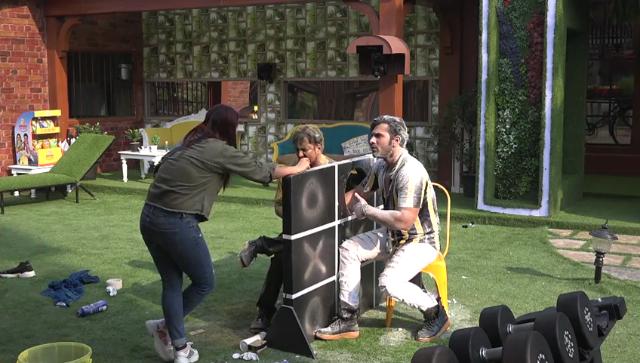 Bigg Boss had announced earlier that one of the girls and one boy would be eliminated this week in double eviction but Salman introduced the twist of both being boys. However there is yet another twist and if online buzz is to be believed, there is indeed only one eviction while the second one is cancelled. Which makes both Paras and Siddharth Dey safe from eviction. 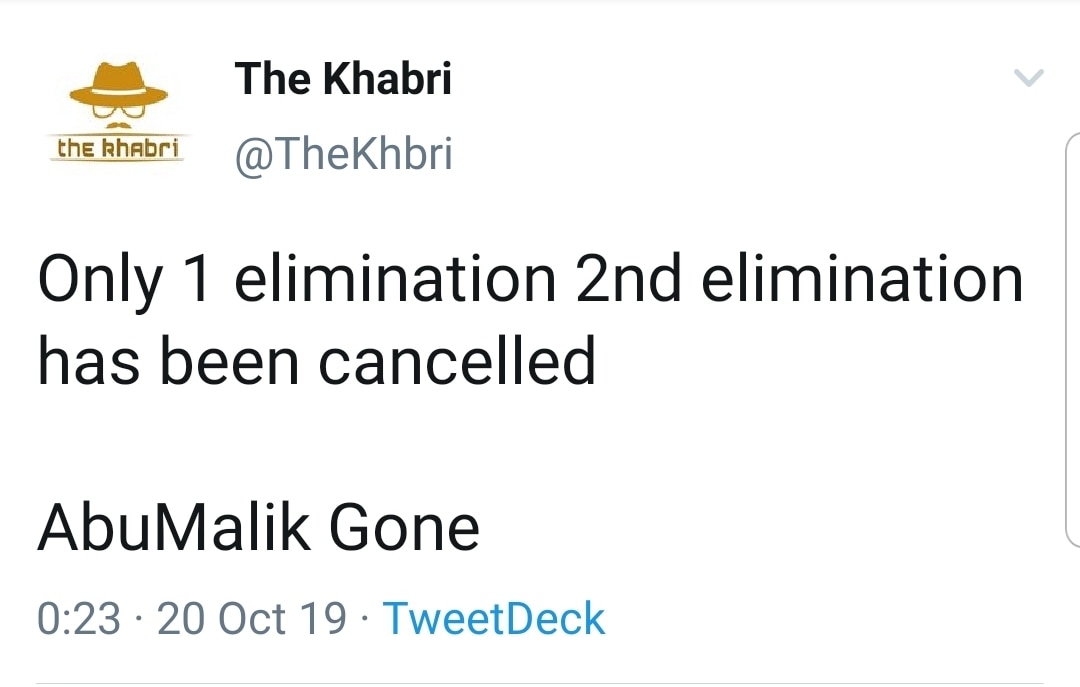 Khabri handle gave this news too however it is not officially confirmed until the 2nd episode of 'Weekend Ka Vaar' airs this Monday at 10pm. 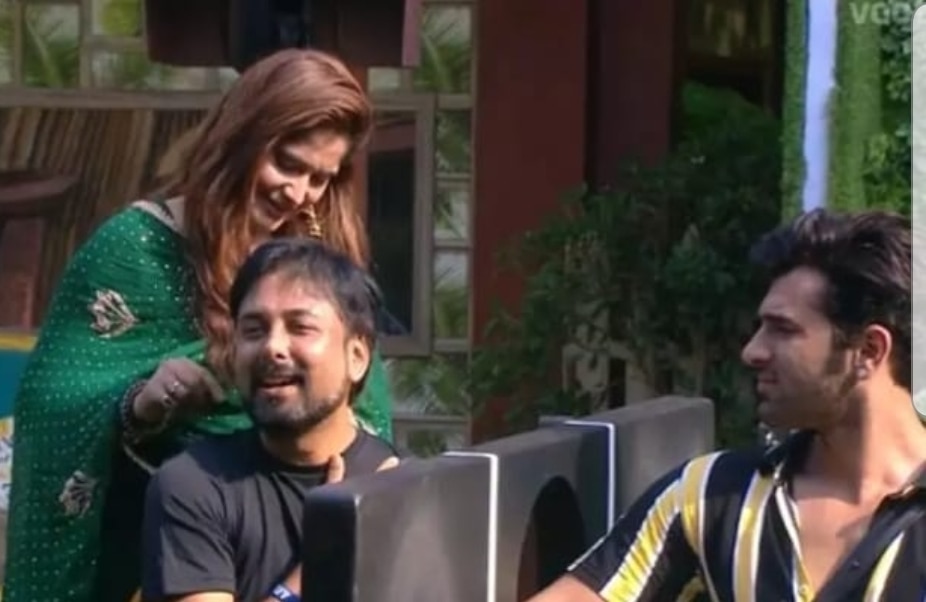 If the news online buzz regarding only one eviction this week is true, it is a second chance for Siddharth Dey to earn back the lost respect due to his disgusting behavior with Arti Singh in the task. Sidharth Shukla is being praised for taking a stand against him too and Salman brought up these issues in Saturday episode too.