'BB 13' contestants will be seen competing inside 'Sultani Akhada' every week & this week Siddharth Dey will be seen fighting it out with Sidharth Shukla.

By: Filmymonkey Team
Updated: 05 Oct 2019 03:39 PM
Salman Khan’s ‘Bigg Boss 13’ kick started with a bang on September 23 on Colors channel. Since then, the reality show is getting interesting with each passing day. The thirteenth season of 'Bigg Boss, hosted by Bollywood superstar Salman Khan features an interesting line-up of contestants. After the grand premiere, host Salman Khan will be back on our TV screens tonight (5th October) with this season's first episode of 'Weekend Ka Vaar'. As reported earlier, Salman has already shot for the episodes yesterday (4th October) and viewers' are excited for the same. 'Sultani Akhada' has always been one of the highlights of 'Weekend Ka Vaar' in previous seasons and the same pattern will be followed in 'Bigg Boss 13' as well. 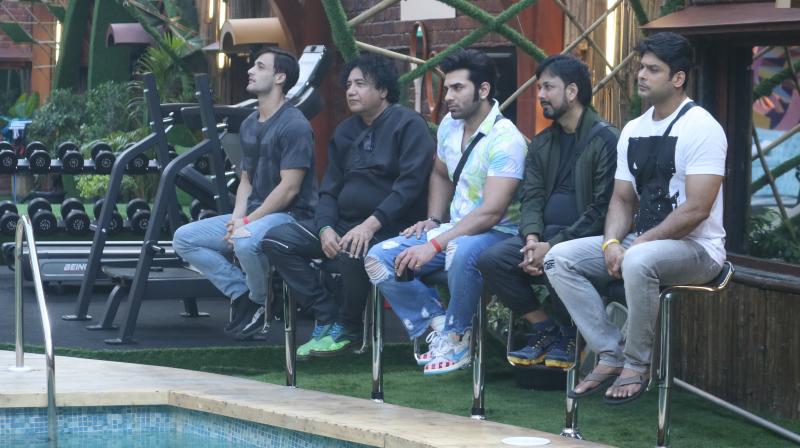 Every week, 'BB 13' contestants will be seen competing inside Sultani Akhada' and the names of contestants who will be fighting it out in front of Salman this time are out too.

Bigg Boss 13: Here's What Paras Chhabra's Actress-Girlfriend Has To Say About His 'Sanskari Playboy' Image In The Show!

According to social media handle 'The Khabari', which gives inside scoops of 'Bigg Boss' house, Sidharth Shukla and Siddharth Dey will be seen will compete against each other in 'Sultani Akhada' this week. And, Sidharth Shukla is the winner. Take a look at his post below:

Devoleena, Shefali, Rashami, Dalljiet and Koena got nominated for elimination in the first week and there's was a buzz that Salman Khan will decide the name of evicted contestant after monitoring their performance. However, latest reports suggests that no one will get evicted this week from the 'Bigg Boss' house.

Keep watching this space for more upates related to BB 13'!