By: admin
Updated: 28 Jul 2016 11:32 AM
Nausheen Ali Sardaar who rose to fame with Ekta Kapoor's serial 'Kkussum' is making a comeback with &TV Serial 'Gangaa''. The actress will shed her sweet and innocent image and will soon shoot for a super hot, sizzling intimate scene with Hiten Tejwani. The actress is set to sizzle with her romantic side. 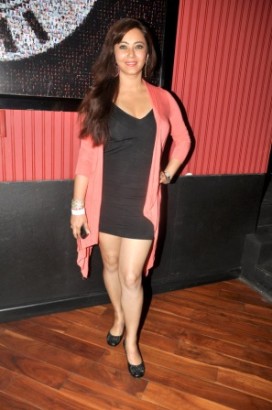 Earlier Nausheen told IANS in an email interaction, “I don’t like playing a long term negative character as to be in contact with a negative character in a daily soap is something I don’t wish to do.” In ‘Gangaa’ Nausheen will play the love interest of noted actor Hiten Tejwani. The love making scenes are filmed as special sequence by the actors from romantic to intimate.