By: Filmymonkey Team
Updated: 07 May 2019 06:00 PM
HIGHLIGHTS
New Delhi: The CBSE Class 10th Results 2019 were declared on Monday (May 6). Thirteen students from the across the country have scored 499 marks out of 500. Popular TV actress Ashnoor Kaur, who is currently seen in the role of Minnie Khurana in Sony TV’s ‘Patiala Babes’, has also scored quite well in her board exams. The child artist scored 93 per cent in class tenth. The talented actress is on cloud nine post the announcement of the results.

The ‘Na Bole Tum Na Maine Kuch Kaha’ actress, while talking to a leading daily, said that people on the sets congratulated her after they came to know about the results

“I was expecting 90% but when I got to know that I have scored 93%,so it was like an icing on the cake. I was very nervous but when I saw my result, I shouted at the top of my voice with excitement. My mother who was also there with me had tears in her eyes and since then everyone on sets has been congratulating me,” Ashnoor told Times Of India.

When asked what stream she would take in her class 11th, the 15-year-old actress said that she would opt for Commerce.

‘’I am going to take Commerce. It is a stream which has many avenues so I am planning to opt for Commerce now,” she told TOI. 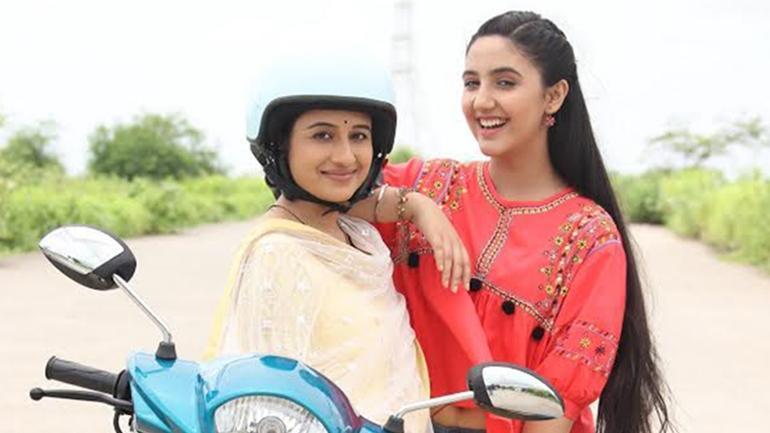 Ashnoor Kaur recently turned 15 and she celebrated her birthday with her close friends and family members. The ‘Yeh Rishta Kya Kehlata Hai’ actress shared several pictures from the birthday celebrations on spcial media.

On the professional front, Ashnoor Kaur made her TV debut with ‘Jhansi Ki Raani’. She later went on to do shows like ‘Na Bole Tum Na Maine Kuch Kaha’, ‘Yeh Rishta Kya Kehlata Hai’, ‘Prithvi Vallabh’. She played the role of younger Naira in YRRKH.

She has also acted in Hindi films like ‘Sanju’ and ‘Manmarziyaan’.

We extend our heartiest congratulations to Ashnoor!