By: Aakash Kumar
Updated: 11 Jun 2019 02:22 PM
It's time to send congratulatory messages to much-in-love couple Charu Asopa and Sushmita Sen's brother Rajeev Sen as they have got married. TV actress Charu Asopa, who is known for playing important roles in popular shows like 'Yeh Rishta Kya Kehlata Hai', 'Diya Aur Baati Hum', 'Mere Angne Mein' among others, got hitched to Rajeev Sen in a court marriage on 7th June as reported earlier. Now, the newly-married couple has shared the good news with their fans on social media by posting pictures from their court marriage. 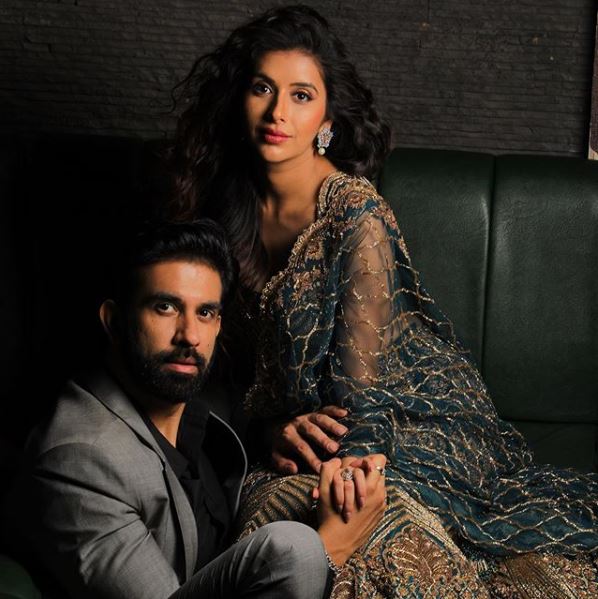 The couple registered their wedding in the presence of Rajeev’s mother, his uncle and Charu's best friend, who were also the witnesses. In the pictures, Rajeev is looking handsome in a white kurta-pyjama, while Charu wore a red sari for the wedding and looked gorgeous.

First, Charu posted the pictures on Instagram with the caption, "I Charu Asopa take Rajeev Sen as my lawful husband... ❤️ #rajakibittu"

Take a look at the wedding pictures below (SWIPE LEFT):

Check out his post below (SWIPE LEFT for wedding pictures):

Charu Asopa and Rajeev Sen are beaming with joy in the pictures as they took their relationship to the next level.

On a related note, the couple will exchange wedding vows in a grand traditional ceremony on 16th June in Goa in the presence of their families and friends.

Congratulations to the newly-married couple!