'Coldd Lassi Aur Chicken Masala' will be a mature love story in which both Divyanka Tripathi & Rajeev Khandelwal will be seen as Chefs.

By: Filmymonkey Team
Updated: 20 Jan 2019 06:11 PM
TV actress Divyanka Tripahti Dahiya, who is currently playing the lead role of 'Ishita Bhalla' in long-running Star Plus show 'Yeh Hai Mohabbatein' opposite Karan Patel, is all set to make her digital debut with ALTBalaji's upcoming web-series titled 'Coldd Lassi Aur Chicken Masala'. In the upcoming web-series, Divyanka will be seen romancing Rajvee Khandelwal for the very first time onscreen and their fans are super-excited for this fresh pairing. Now according to latest reports, another popular actress has joined the cast of 'Coldd Lassi Aur Chicken Masala' and she is none other than Barkha Bisht Sengupta. 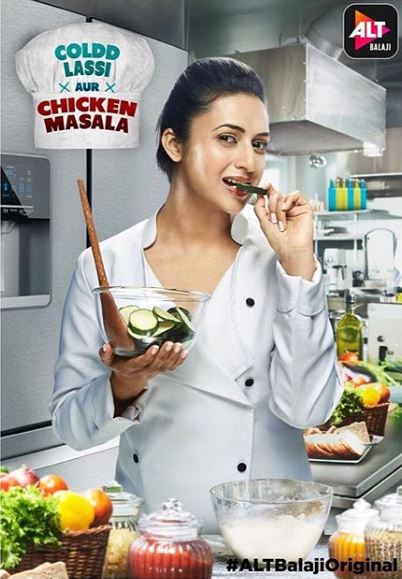