'Coldd Lassi Aur Chicken Masala' will reportedly be a mature love story in which both Divyanka Tripathi & Rajeev Khandelwal will be seen as Chefs.

By: Filmymonkey Team
Updated: 20 Feb 2019 06:08 PM
'Yeh Hai Mohabbatein' lead actress Divyanka Tripathi is all set to make her digital debut opposite Rajeev Khandelwal in a web-series titled 'Coldd Lassi Aur Chicken Masala' which will stream on Ekta Kapoor's OTT platform ALTBalaji. After seeing their sizzling chemistry in the first poster, the fans of Divyanka & Rajeev are super-excited to see them romancing onscreen for the very first time. The actors are currently shooting for 'Coldd Lassi Aur Chicken Masala' in Vadodara and various pictures along with a video of Divyanka & Vivek from the sets are doing the rounds on Internet. 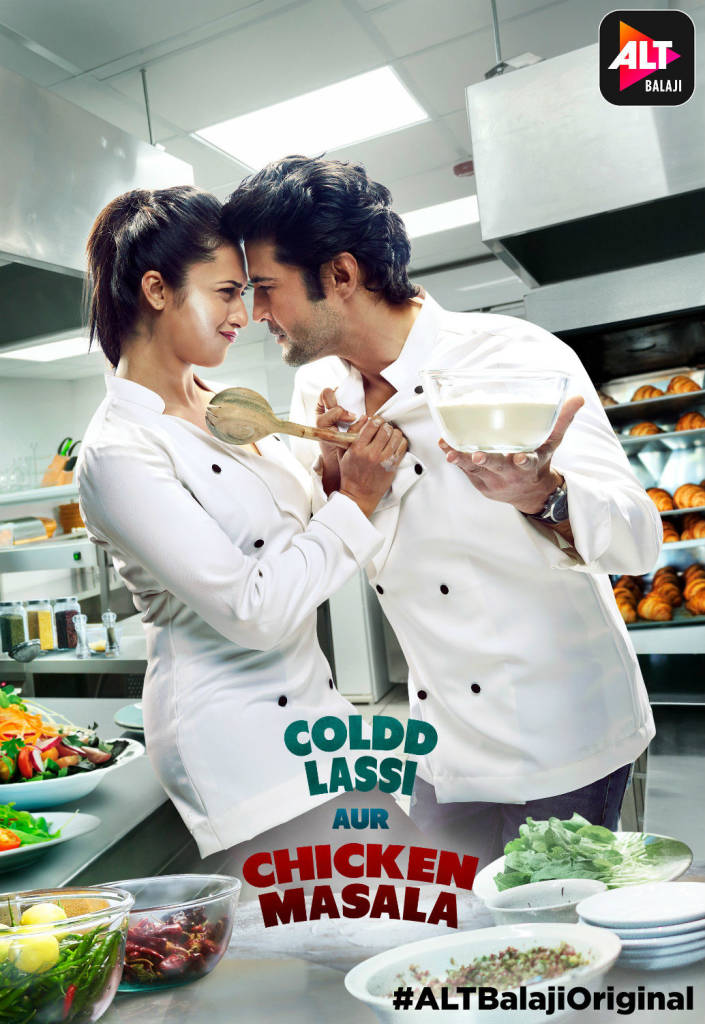 The actors will be playing the roles of chefs in the much-awaited web-series & as seen in the viral pictures their looks are quiet different from their previous roles. Take a look at the pictures & video below:

'Coldd Lassi Aur Chicken Masala' will reportedly be a mature love story in which both Divyanka & Rajeev will be seen as Chefs. Apart from Rajeev and Divyanka, known names including Barkha Bisht Sengupta, Maninee De, Navneet Nishan among others are reportedly also a part of the upcoming web-series.

On the career front, Divyanka Tripathi is currently playing the lead role of Ishita Bhalla in long-running Star Plus show 'Yeh Hai Mohabbatein' opposite Karan Patel. Apart from that, she is also hosting 'The Voice' which airs on Star Plus. Whereas Rajeev Khandelwal, who became a household name as Sujal from 'Kahiin Toh Hoga', made his digital debut last year with ALTBalaji's web-series 'Sadda Haq' also featuring Surveen Chawla.