Dance plus 3: VIDEO! "I want to kiss you" -Says Kangana Ranaut to Raghav Juyal & plants one on his cheek! 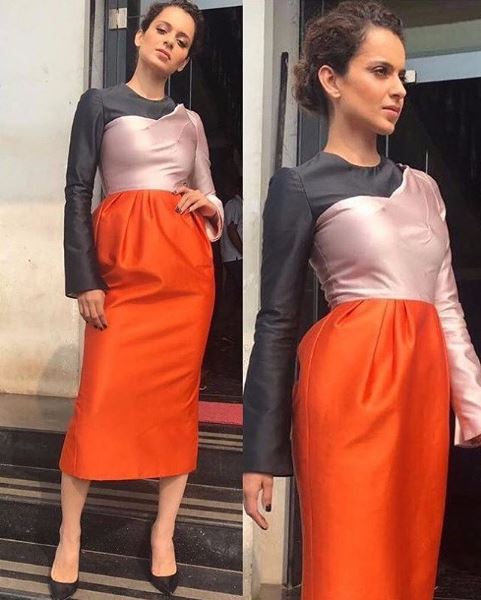 During the show, the host-dancer Raghav Juyal aka 'Crockroaxz' was attempting his regular fun tactics to keep everyone entertained but there came a moment that left Kangana flattered when he praised her for her boldness. (Pic: Dance+ 3)

After shaking a leg with Kangana, Raghav said: "You're an inspiration because you've gone out of your way to voice your opinion on women's issues and ensure that they get the same privileges as men. I am honoured to be standing next to you." (Pic: Dance+ 3)

With recent controversies surrounding Aditya Pancholi and Hrithik Roshan and ofcourse the new AIB song 'The Bollywood Diva Song' where she took dig at many actors & makers.. Kangana has been facing backlash too. Getting appreciated by Raghav left her flattered. (Pic: Dance+ 3) Kangana then adorably plants a kiss on Raghav's cheek leaving him blushing. She said, "I am happy that you realise the privilege you get as a man. Most men don't admit this." (Pic: Dance+ 3)

Everyone burst into laughter watching surprised Raghav floored with Kangana's sweet gesture! The episode will telecast this weekend on Star Plus.