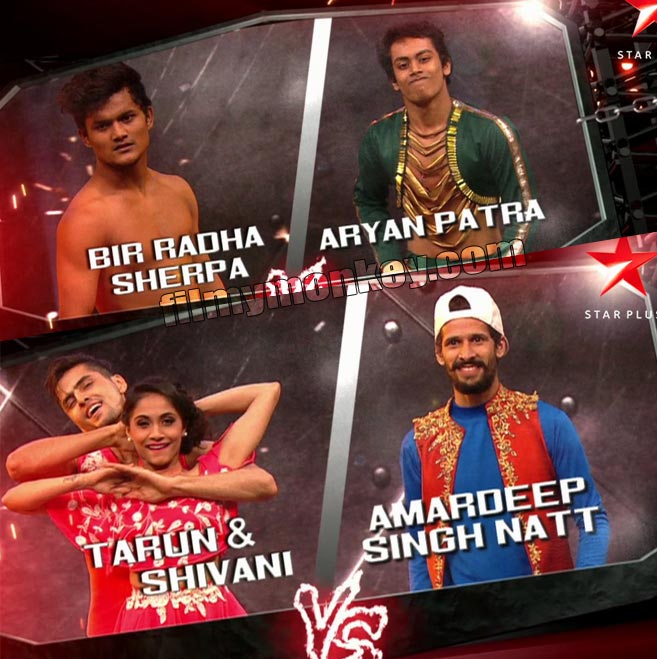 The four finalists, contestants Bir Radha Sherpa, Aryan Patra, Amardeep Singh Natt and Shivani Patel-Tarun Nahiliani were fighting for the trophy on the Grand Finale of Remo D'souza's 'Dance Plus 3' 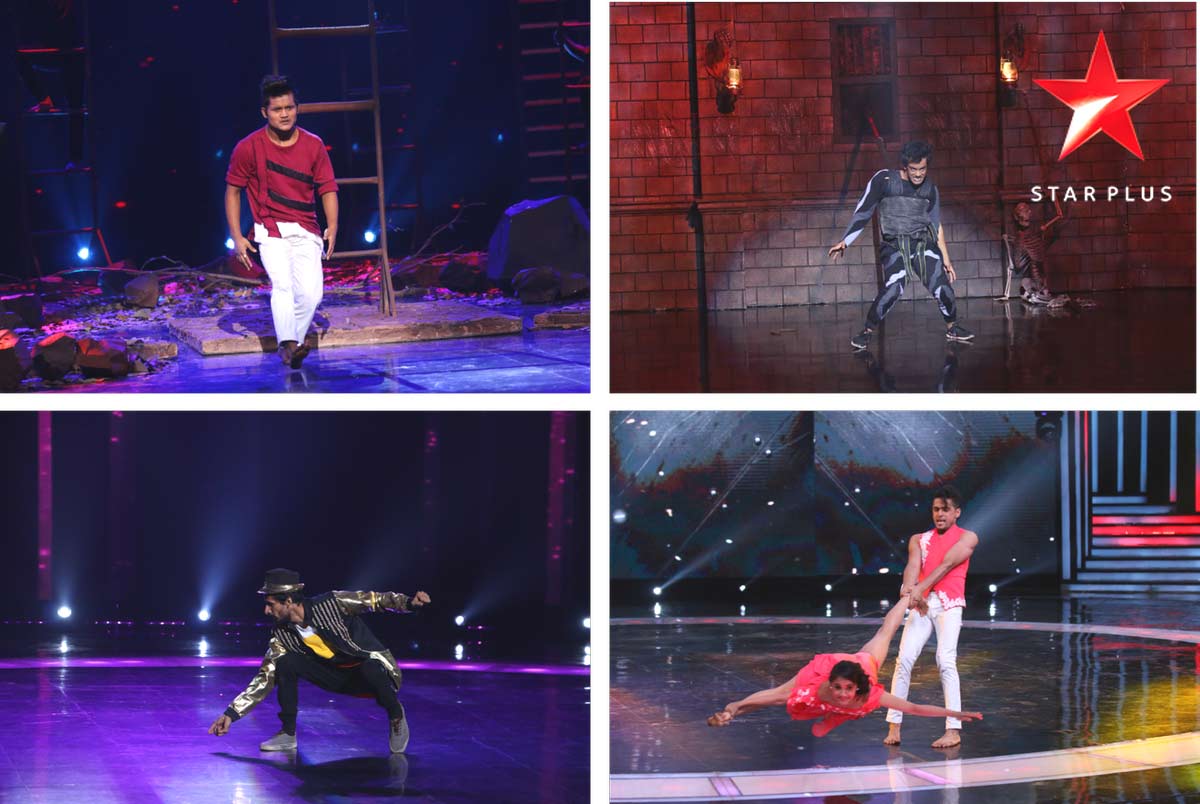 Bir was considered the strongest dancer among them while Tarun-Shivani's magical lifts were also keeping them on top of the list as the possible winner jodi. Amardeep Singh Natt blew minds with his robotics and Aryan Patra's crumping was praised hugely by the judges and the audience every week. 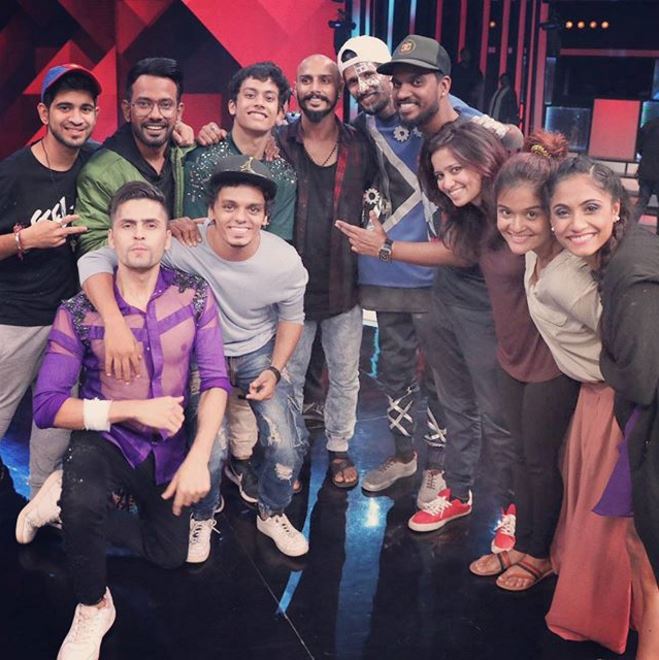 The only two captains out of three, Punit J Pathak and Dharmesh's participants could make it to the final four while Shakti Mohan couldn't enter the final fight. 3 out of the 4 contestants were from team Dharmesh and only Bir made it from Team Punit. The winner is to be declared on Sunday i.e. tomorrow but a picture leaked from the sets has revealed the winner far before. 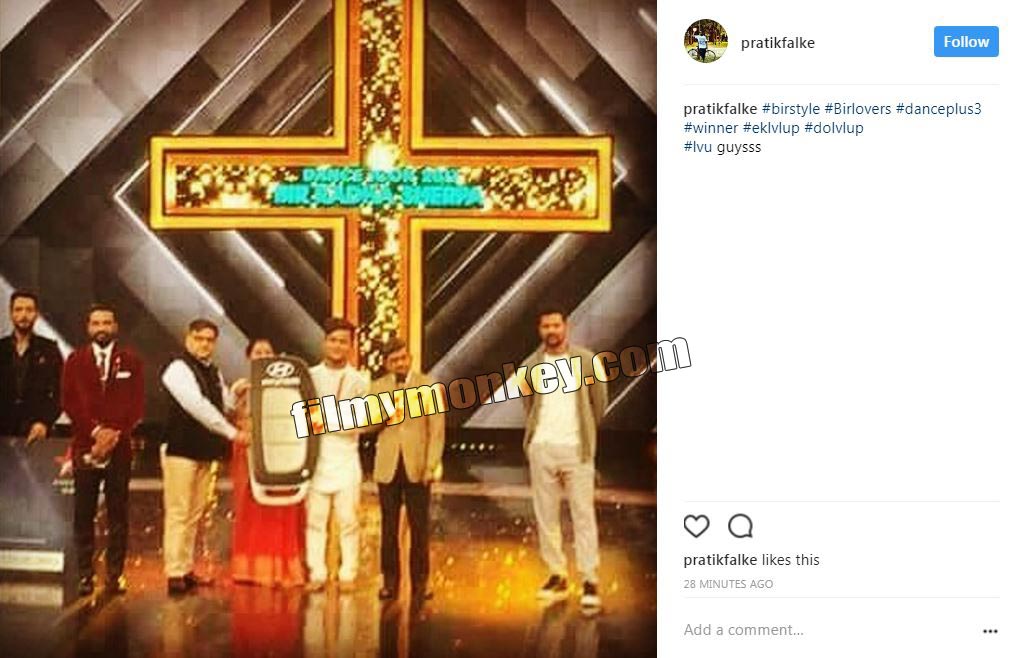 The picture surfaced a while ago on social media and yes! The winner of 'Dance+ 3' is none other than Bir Radha Sherpa. Bir can be seen being presented the key to his winning car while standing on the middle of the stage. Bir won the Rs 25 lakh price money and a car. 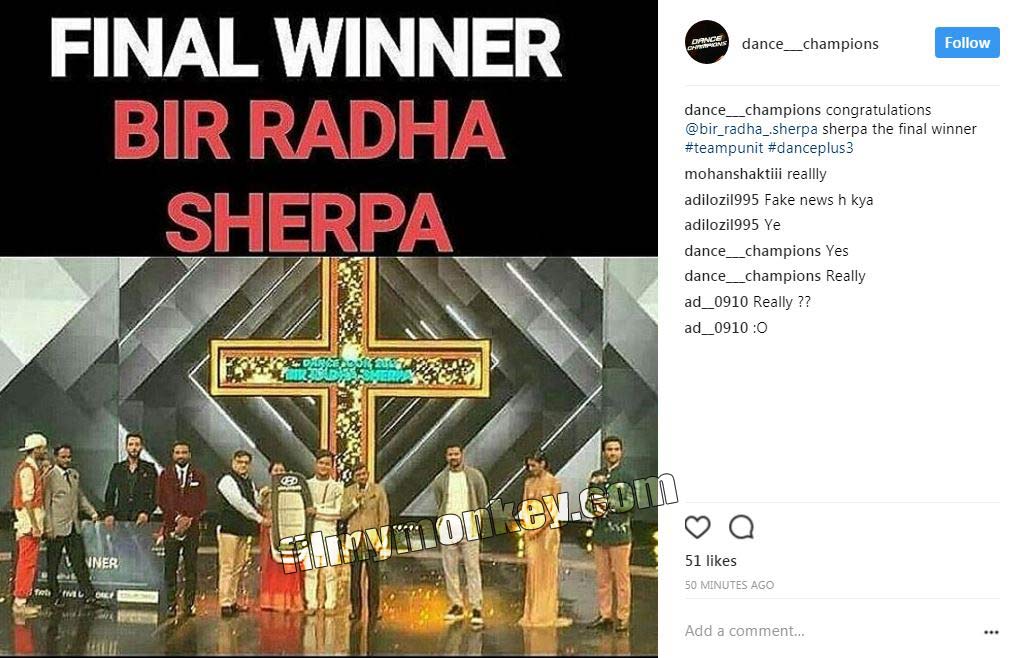 We also see Amardeep Singh standing at one corner and as per a report by IE he becomes the 1st runner up, followed by Aryan Patra who stood 3rd and Shivani-Tarun at 4th position. 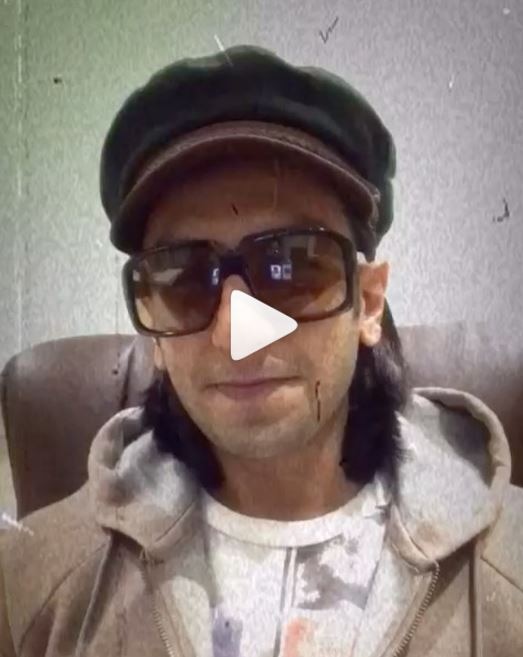 Remo had said about Bir more than once, that he has never seen a solo dancer of that calibre ever on the reality show stage. Bir was the favorite of many celebrities and we saw the fabulous dancers themselves Ranveer Singh and Tiger Shroff also making vote appeals for him. 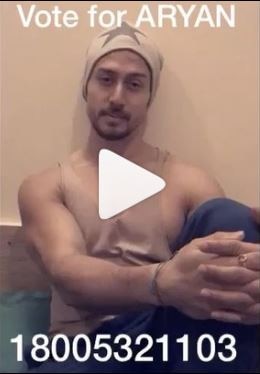 Tiger also made a vote appeal for Bir and we must say BIr is very well deserved winner of 'Dance PLus 3'. What do you think?