By: Shruti Srivastava
Updated: 20 Dec 2018 04:31 PM
The fans of MTV Ace Of Space show that started recently and was hosted by Bigg Boss 11 fame mastermind Vikas Gupta, were left in shock after the news of contestant Danish Zehen's untimely demise in a car accident came this morning. 21 yr old Danish who was already evicted from the show, was returning after attending a marriage when his car met with an accident near Vashi in Mumbai in the early hours of Thursday i.e. today 2oth December. Show's host Vikas Gupta mourned his death with an emotional message for Danish on Instagram and now many other TV celebrities like Roshni Walia(Maharana Pratap's 'Ajabde'), Janna Zubair(recently seen in 'Tu Ashiqui'), Aly Goni(Romi of Yeh Hai Mohabbatein & Vyom of 'Naagin 3'), Baseer Bob(MTV Splitsvilla 10 winner) have also expressed shock and pain over the young boy's sudden death.

Watch Danish Zehen inside 'Ace Of Space' house with co-contestants Varun Sood and Divya Agarwal below:

Danish had also shared some videos-pics in the past 24 hours from his trip and the one last video from his car hours before the accident in particular, is breaking many hearts. Before entering 'Ace Of Space', Danish was already a famous Youtuber and he was known for his colored hair on the show.

Vikas Gupta, the show's host had written in his message for the parting soul - "Danish tu humesha Zehen main Rahega, how do I tell the other houseguests that you aren't coming back. You are the coloured hair king of AceOfSpace #Coolestbadboi You looked like a baby as I saw you lying down, thinking you could wake up anytime. You have long gone but you shall remain always in my #Zehen Thankyou for teaching me this word ♥️"


Danish tu humesha Zehen main Rahega, how do I tell the other houseguests that you aren't coming back. You are the coloured hair king of AceOfSpace #Coolestbadboi You looked like a baby as I saw you lying down, thinking you could wake up anytime. You have long gone but you shall remain always in my #Zehen Thankyou for teaching me this word ♥️

Many celebrities from the small screen turned up to express sorrow by commenting on Vikas' post. Seem like many of them also loved to watch him on 'Ace of Space' as Roshni Walia reacting to his death news said - "You had a pure heart and a beautiful mind. Today i have lost the person i loved the most on Ace Of Space. You gave all your fans the truest form of love, care and affection. I hope as you join God up in the sky, he accepts you with the same love, care and affection. RIP"

Danish's co-contestant Akanksha Sharma who's the ex sister-in-law of cricketer Yuvraj  Singh and who was also seen in 'Bigg Boss 10', also mourned Danish's death. Also check out what others like Baseer, Aly, Jannat had to say in reaction to this unfortunate news. 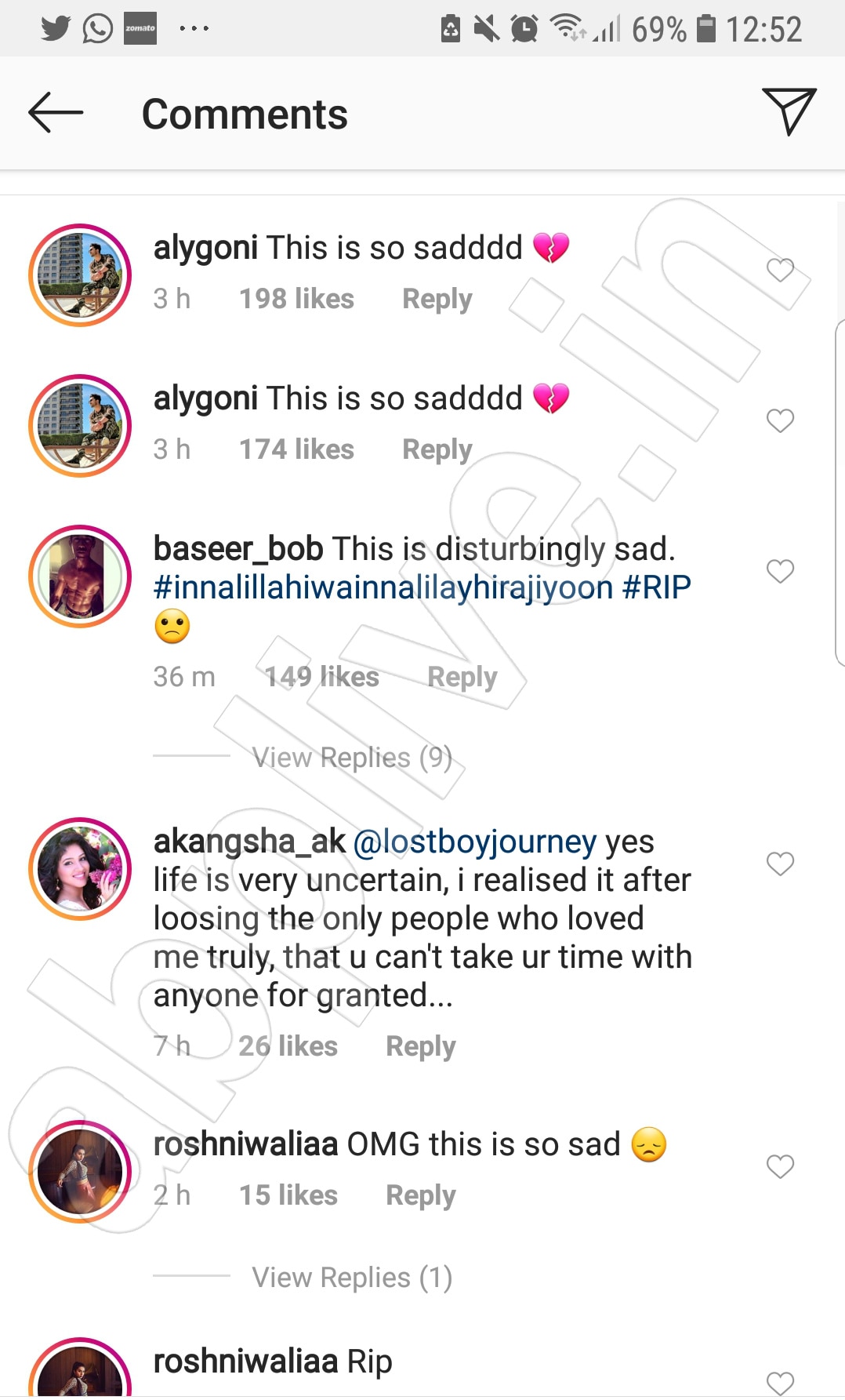 May Danish's soul rest in peace and his family finds strength to cope with this irreplaceable loss in their lives.

Let's remember him with his last beautiful moments he shared in the past 24 hours on his Instagram profile. Watch video below: