By: Filmymonkey Team
Updated: 04 Jun 2019 01:10 PM
Adaa Khan's super-natural Colors show 'Vish Ya Amrit Sitaara' will soon bid adieu to viewers and Peninsula Pictures's next 'Vish' is set to replace it. Set in the present-day aesthetics, 'Vish' will premiere 10th June and will air Monday to Friday at 10.30 pm only on COLORS. The show will feature a stellar cast including Debina Bonnerjee as Sabrina and Vishaili, Vishal Vashishtha as Aditya, Krrip Kapur Suri as Vishaila and Sana Makbul Khan as Aliya.

Colors’ upcoming supernatural fantasy drama, 'Vish', will transport you to the mysterious world of Sabrina aka Vishaili (Debina) and her lover Vishaila (Krrip) who are among the last few surviving members of a secret and reclusive species, born from the crossbreed between a human and a snake.

Vishaili and Vishaila’s lifespan extends into thousands of years and they keep changing their bodies after the poison within them reaches alarming levels. While Vishaili accomplishes Sabrina’s body and comes into her full powers to live her life as a mortal, Vishaila’s body alteration gets interrupted by unforeseen circumstances and that turns him into a defunct. Sabrina hides his defunct body in a cellar hoping to keep him alive till a new body is obtained. Her sole motive in life is to keep Vishaila’s decapitating body buoyant and she sets out on a mission to scout for a perfect human body to give her half-dead lover a new lease of life. She gets married to an affluent man, Mohit and thus crosses path with his doctor Aliya (Sana) and his brother in- law Aditya 9Vishal). Mohit and his family act as Sabrina’s true anchors to the mortal world while she deals with many complexities and also fights her arch nemesis, Vishaira. 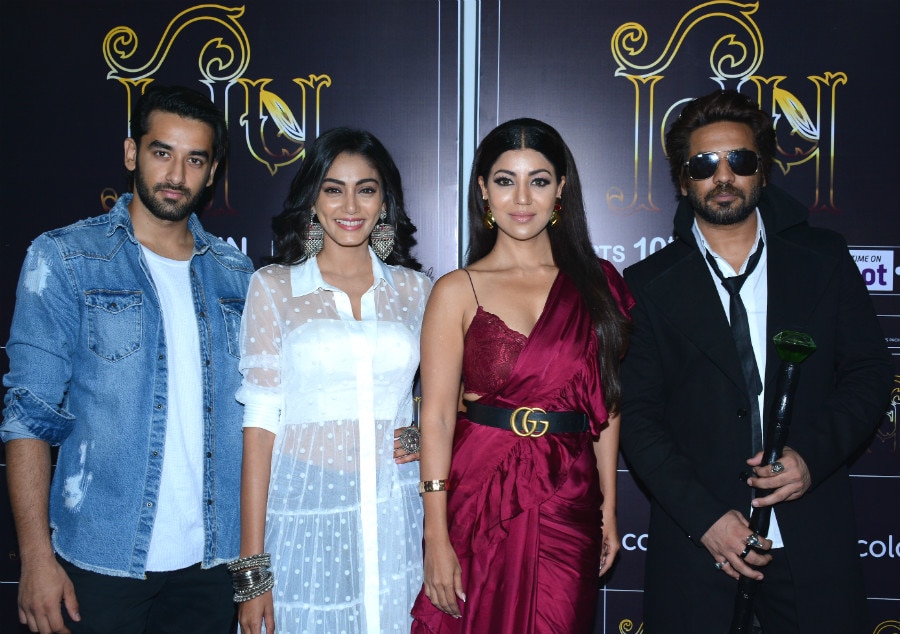 Commenting on her role, Debina Bonnerjee said, “I play the character Sabrina, a rich woman married to an affluent businessman but deep within she is a powerful and venomous Vishaili. Her purpose in life is to retrieve Vishaila to his past glory and procreate their progeny to prevent it from extinction. The overall concept of the show and my characterization is what drew me to this role and I am very excited to dive back into the exciting world of television.”

Whereas Krrip Kapur Suri said, “I play the antagonist Vishaira in the show who hunts for Vishaili and is the bane of Sabrina’s life. He derives his power from the poison with which he manipulates people. Time and again, Vishaili and Vishaira get pitted against each other and it leads to a lot of drama. Negative roles have always been up my alley and I hope the viewers like me in this new avatar.”

Adding further, Vishal Vashishtha said, “I will be seen essaying the role of Aditya who gets embroiled in Vishaili’s evil plan and becomes an integral part of her life. This is my first supernatural fantasy show and I am looking forward to a great experience.”

Actor Sana Makbul Khan said, “I will be seen playing the role of Dr. Aliya in the show. Aliya’s character graph is very interesting as she faces Sabrina head-on and fights her at every step of the way. I am excited to be a part of this show and looking forward to the audience feedback.”

As Vishaili sets out on a mission to save her sect and the love of her life, will she be able to succeed and revive Vishaila?

Stay tuned as a mystifying tale of love Vish will air every Monday to Friday day at 10:30 PM only on Colors!