By: Filmymonkey Team
Updated: 16 Jul 2019 11:25 AM
TV actress Donal Bisht, who recently replaced Jasmin Bhasin as 'Happy' in Star Plus show 'Dil Toh Happy Hai Ji', is receiving positive response from the viewers for her performance in the show. The actress, who has always tried to portray different roles onscreen, recently got a chance to experiment all thanks to her new character 'Happy'. Donal Bisht recently put on an old man's disguise for her show 'Dil Toh Happy Hai Ji' and she is looking completely unrecognisable in it. 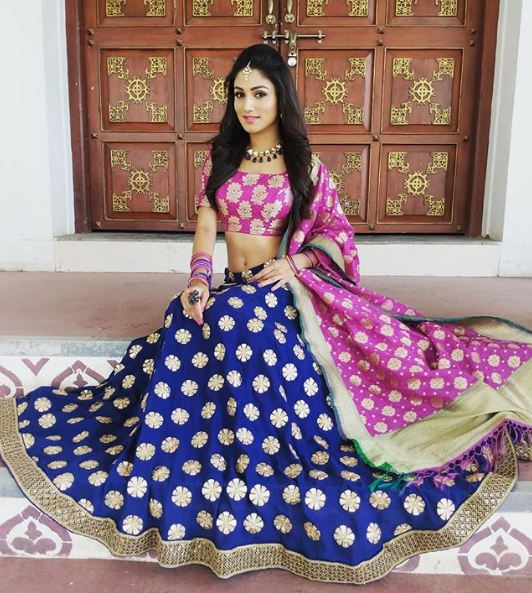 Few pictures of Donal Bisht's old man avatar is doing the rounds on Internet in which can be seen sporting white hair and beard. Take a look at the pictures below (SWIPE LEFT):

Surbhi Chandna Starrer 'Sanjivani 2' To Replace THIS Star Plus Show?

Here's a video of Donal Bisht's before & after avatars:

Speaking about the idea behind the same, she told TOI that, "The scene required Happy to play an old man as the kid Honey (Azinkya) is in danger. Rocky (played by Ansh Bagri) doesn’t know about and does not let her meet the kid, so he got her rusticated from the school. Happy’s love and care for Honey is unconditional and she will go to take care of him at any cost. Hence, she disguised herself as an old man and visits the school."